date night with the teen

the teen and i made a date ages ago to see jason derulo at the l.a. county fair.  i'm not even sure why, since it's not like either of us are particularly superfans of the guy or anything.  also, i can never just say his name out loud, i have to sing it - just like he does in most of his songs.  heh.

but hey, we were excited for a fun evening out together for a concert just minutes away from home.  it's always nice not to have to drive for ninety-seven thousand miles out and back, you know?  and so after leaving the bean in the very capable hands of her daddy (who was also taking her to the fair just to grab some dinner), we headed out on an insanely warm evening to pomona. 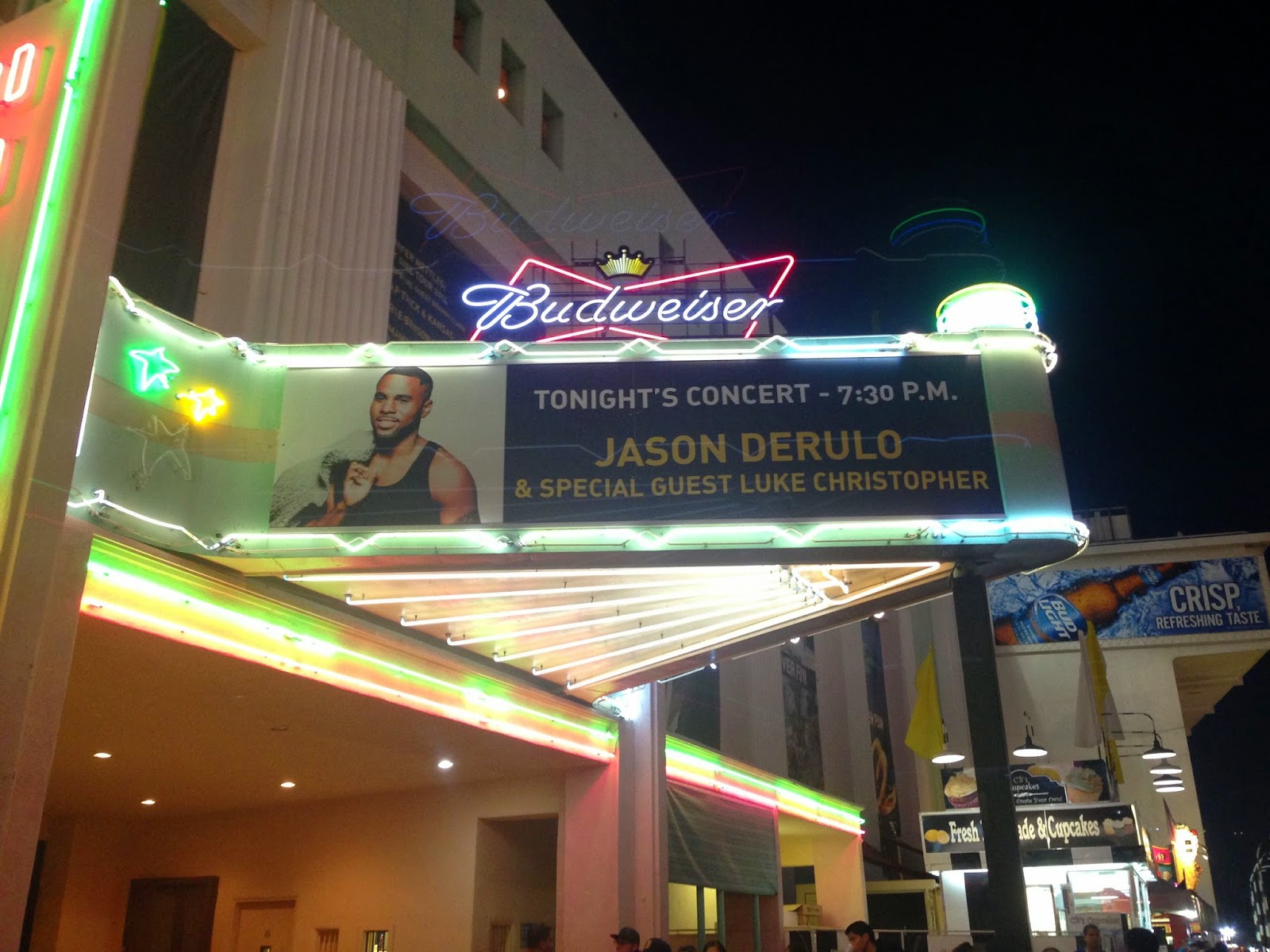 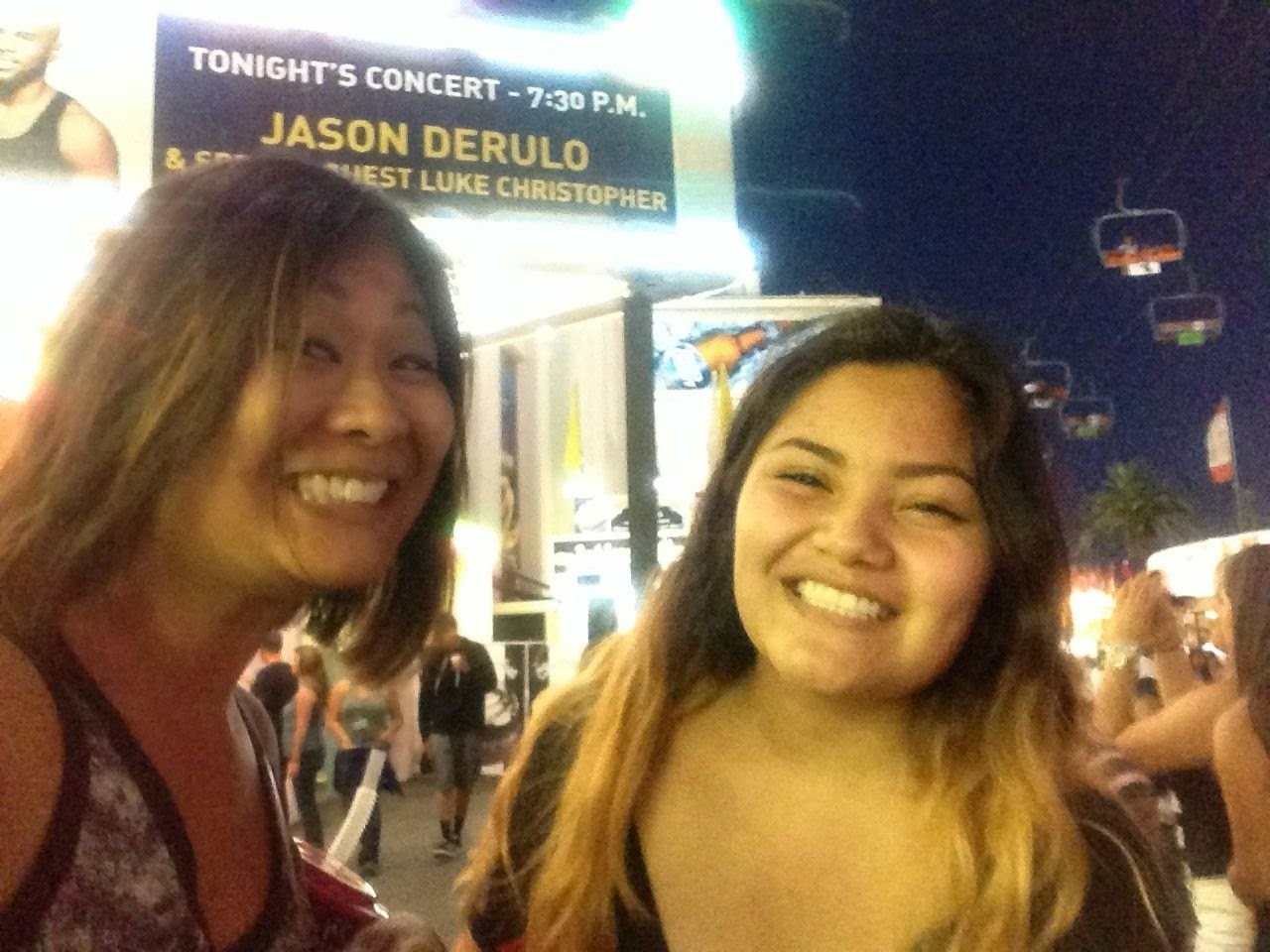 now, when you think of fair food, you picture all sorts of delicious deep-fried nuggets of happiness on a stick, right?  at least, that's what i do.  and there's pretty much everything you can think of in the way of gastronomic delights at the fair.  in fact, there are SO many choices that the teen and i found ourselves incredibly overwhelmed at the sheer number of selections to pick from.  we headed off in search of king taco for some carne asada nachos and maybe a vat of horchata, but as we strolled along, we came across this: 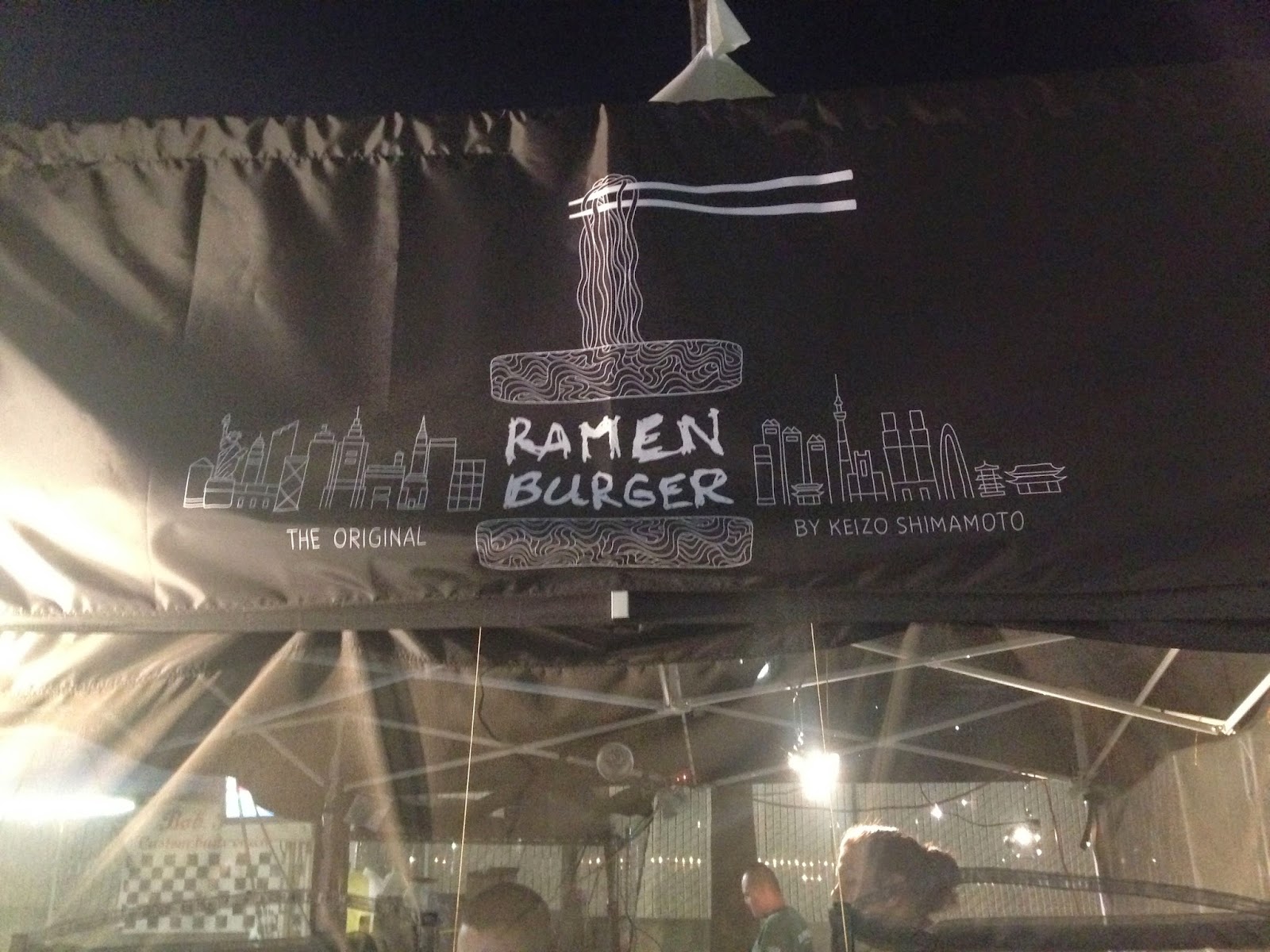 we'd both heard of ramen burgers before, but never had the chance to try one.  so basically, they take fresh ramen noodles and create a "bun" with them.  then they place a perfectly cooked, wonderfully seasoned juicy burger patty between two pieces, add some fantastic sauce, and offer options of adding bacon, cheese, or a fried egg.  it comes packaged in this handy little pocket that reminded us of a shower cap: 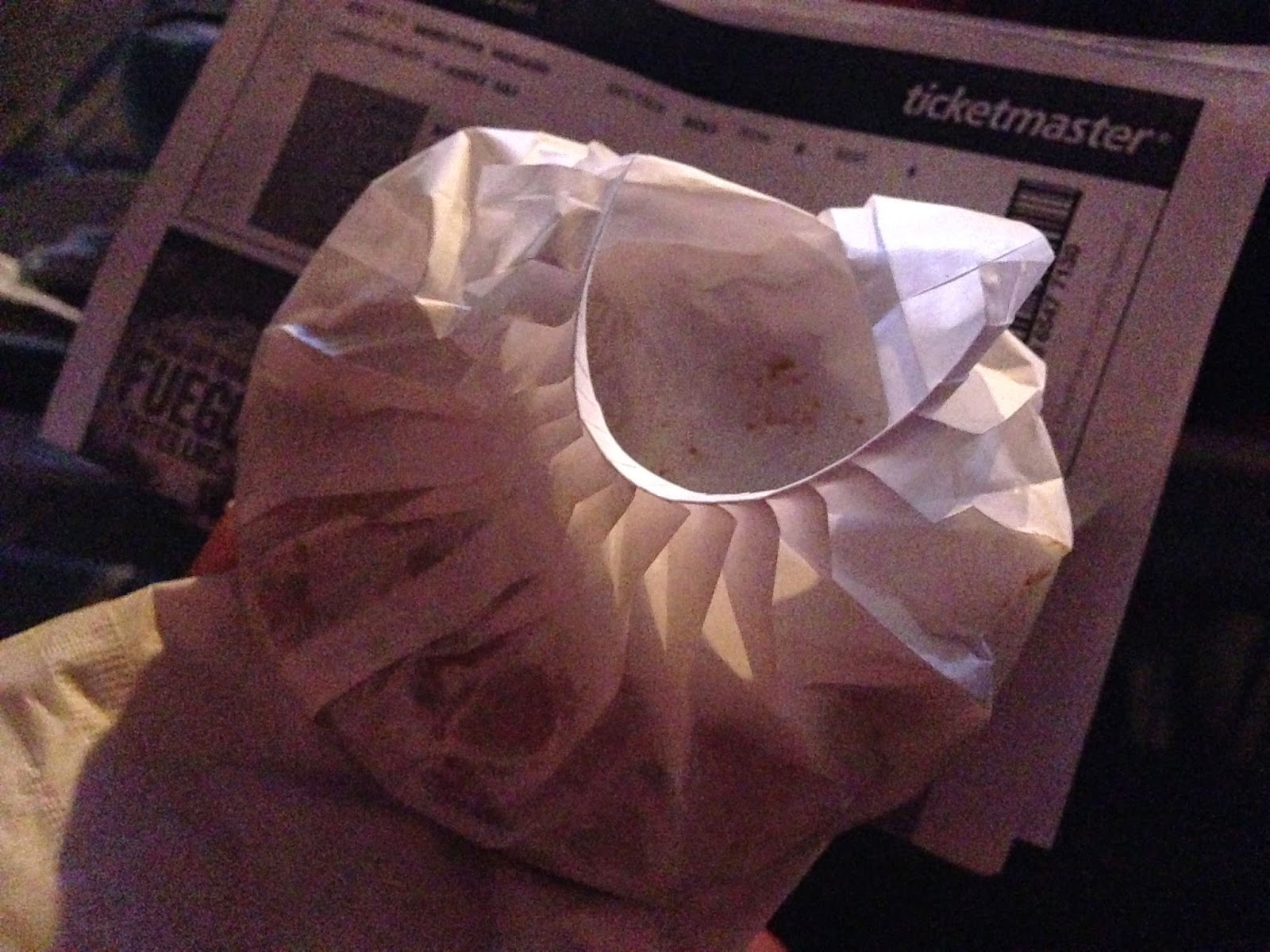 and because the warm-up act had already taken the stage, my lighting is terrible.  plus, i was starving and didn't really want to wait for the lights to come back on to get a better picture.  so you'll just have to make do with this: 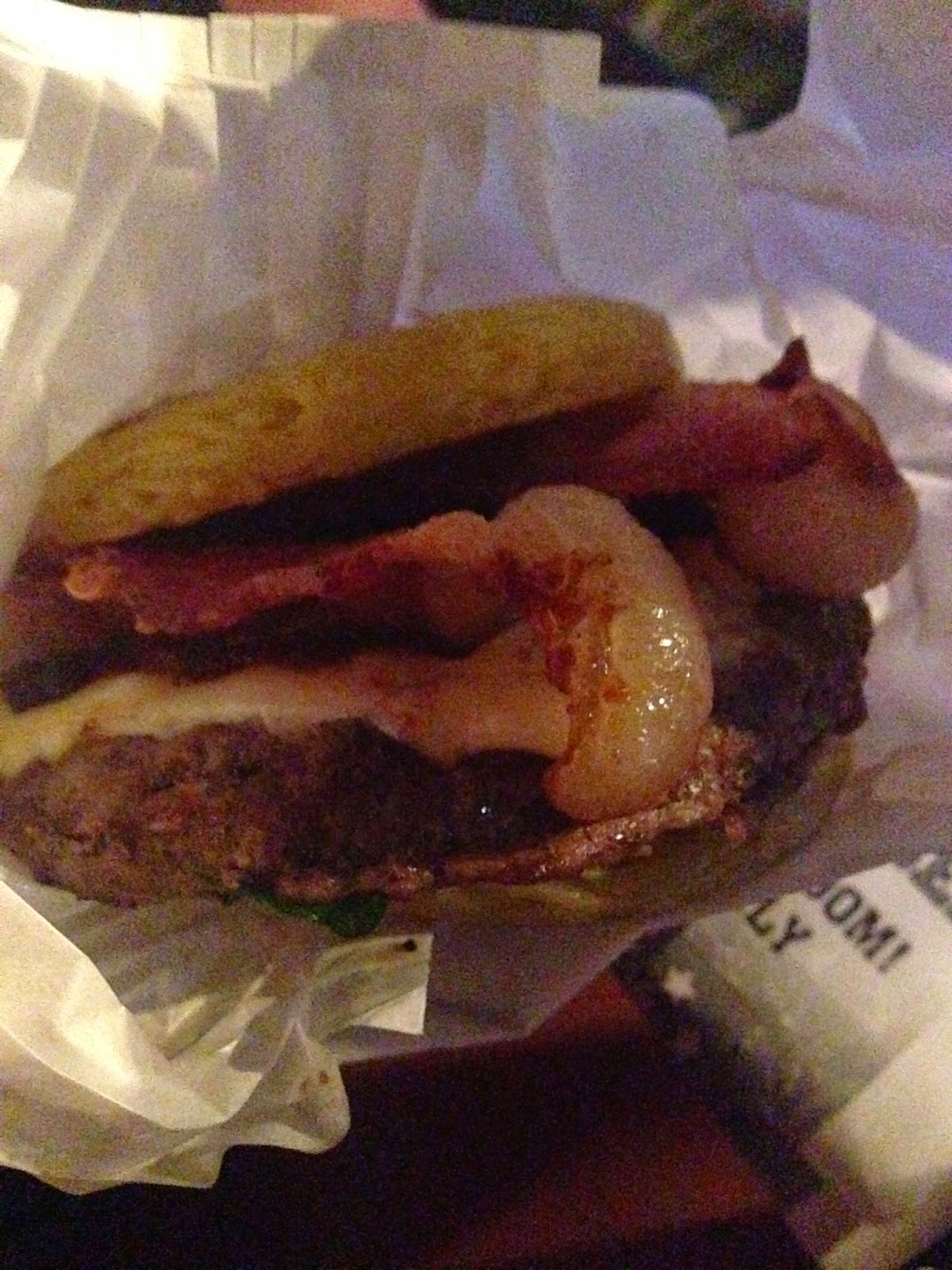 by the way, our seats were pretty good.  we were close to the center, in a box with reserved seats in one of the lower sections.  our view of the stage looked like this from our seats: 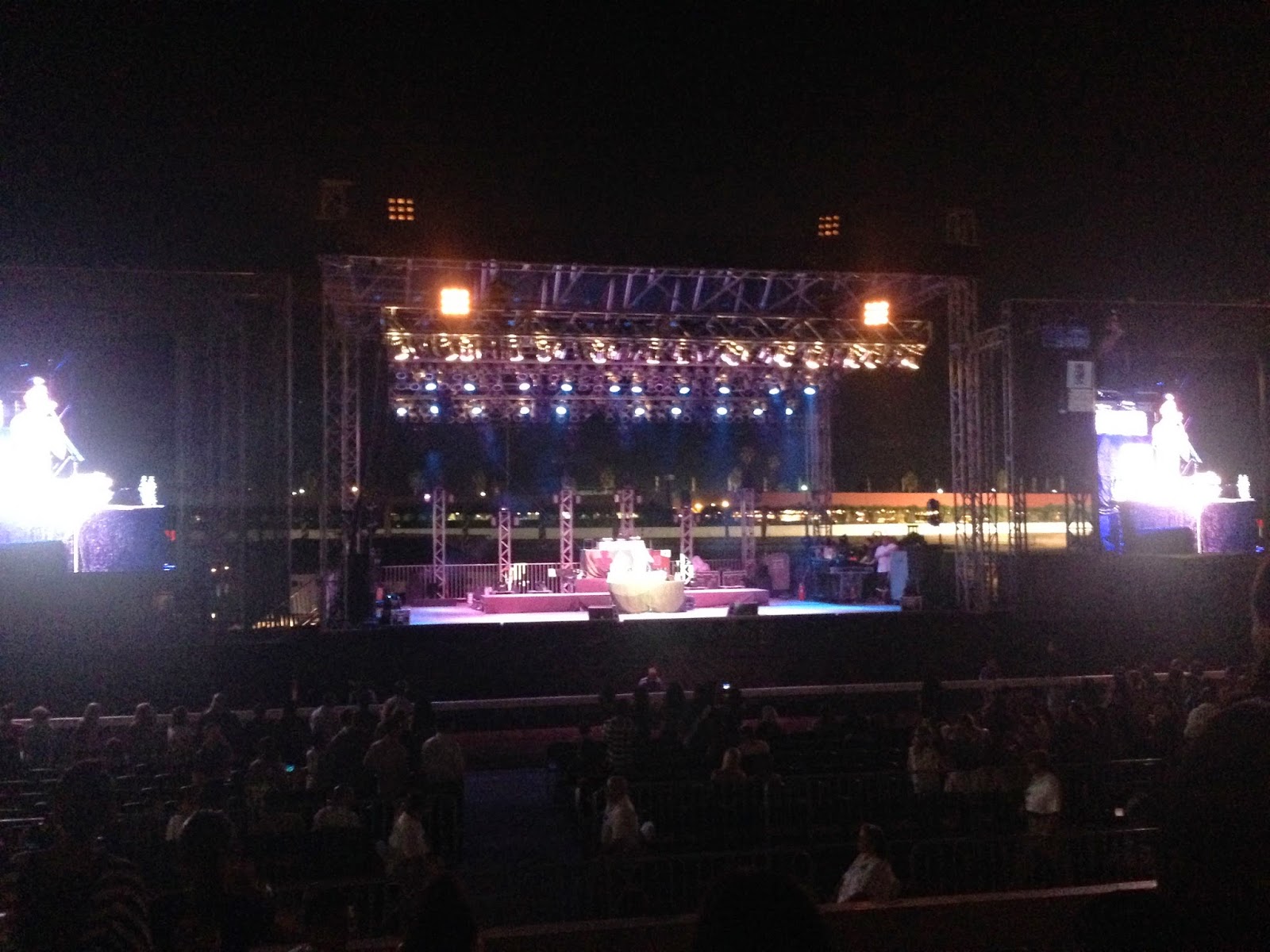 the opening act, luke christopher, was entertaining and did a good job of getting the crowd warmed up for the main event.  as we waited for jason to take the stage, we took a selfie.  because duh. 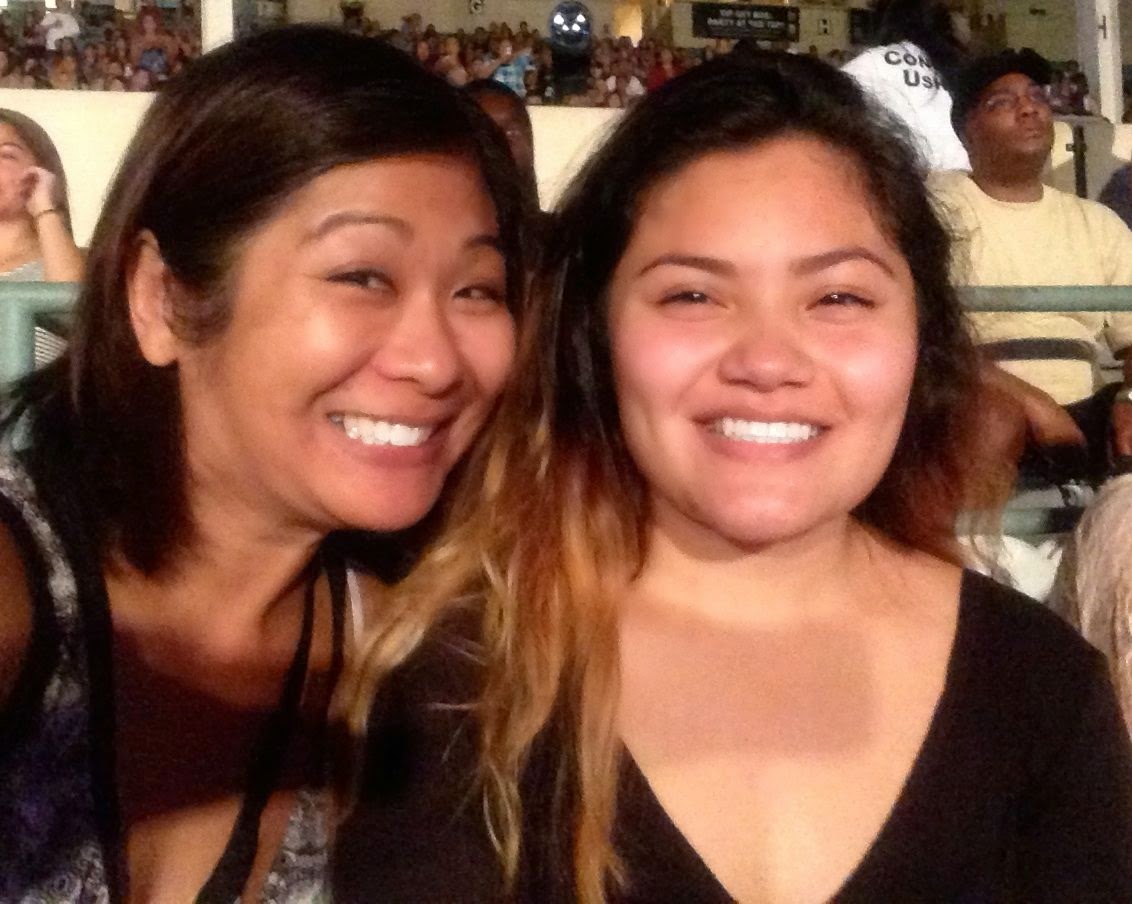 oh, and this weekend i'm coming right back here with my friends lilcee, daily gluttony and kelley for this awesomeness: 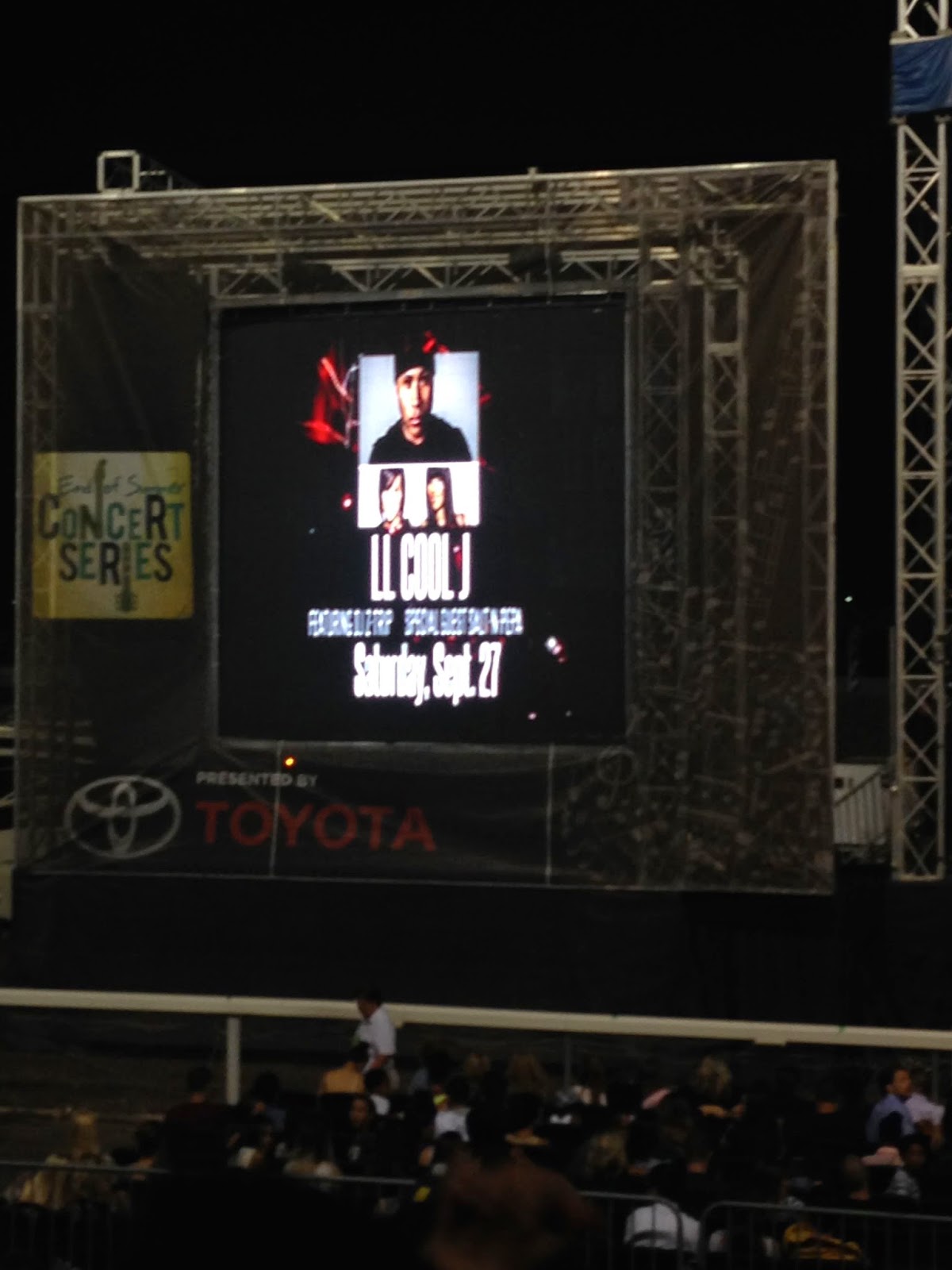 this dude with a green mohawk took the stage and was greeted with hearty cheers from the stadium that increased in volume by a frajillion percent when the lights went down. 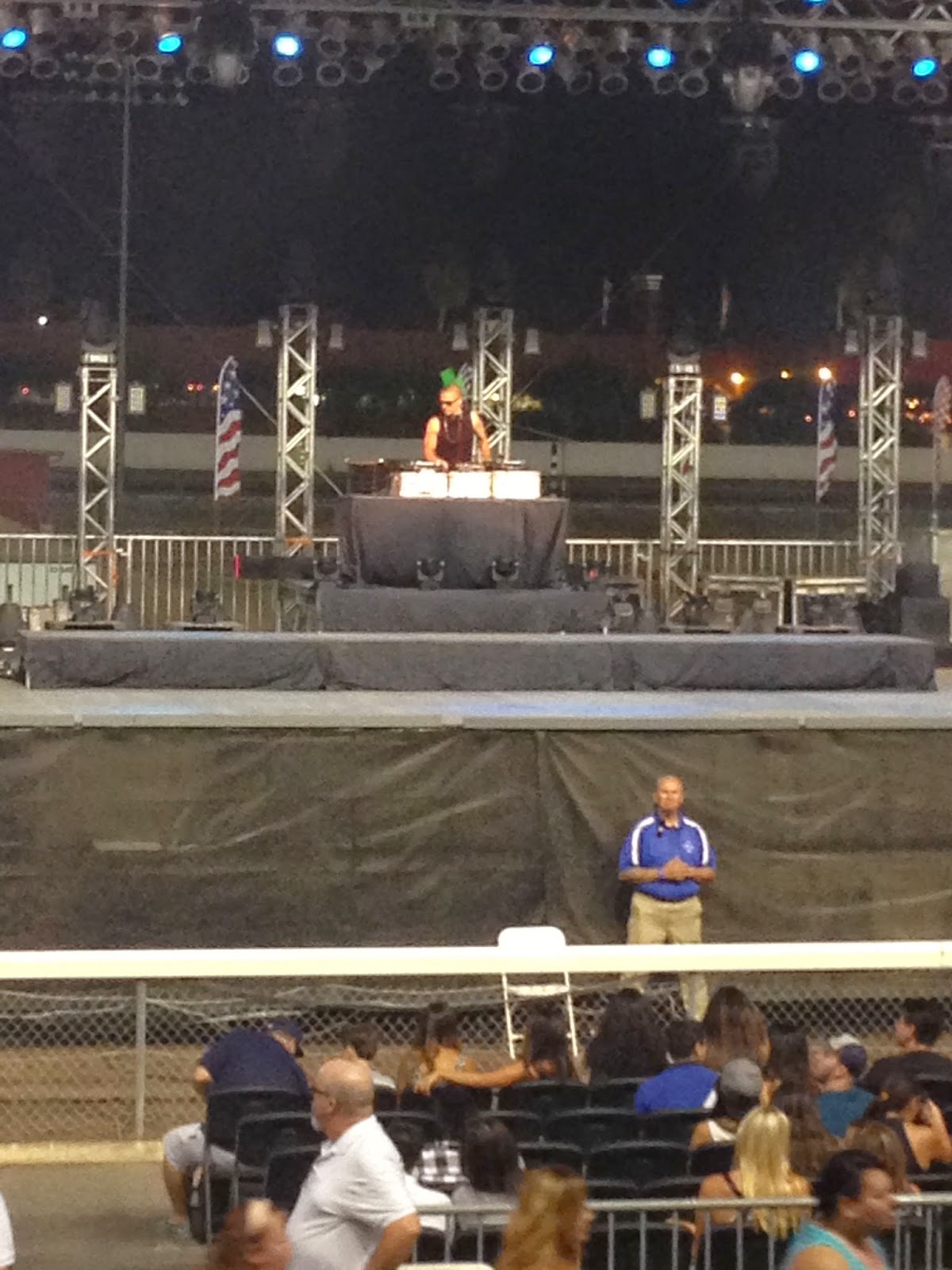 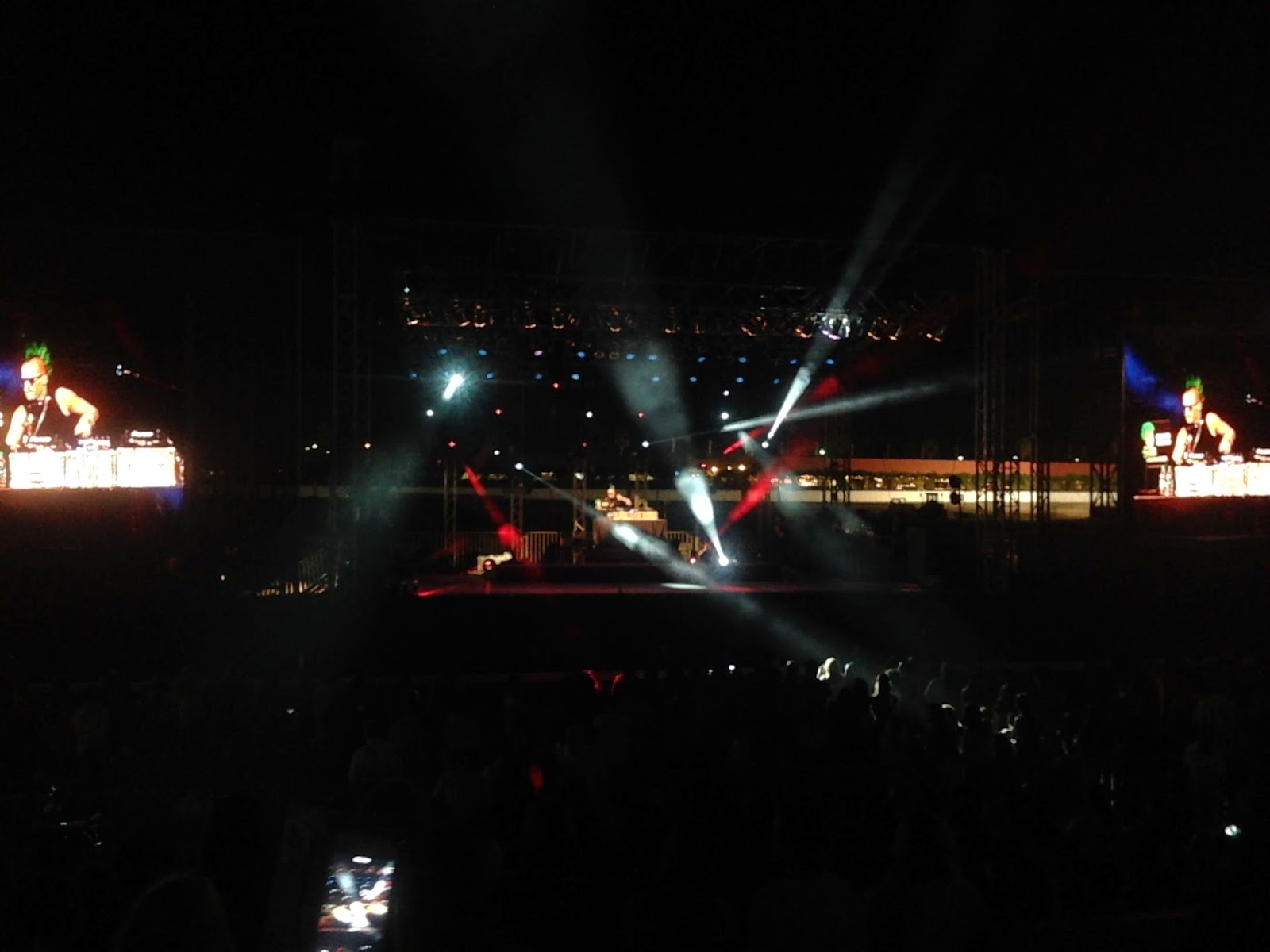 it got even louder when jason finally appeared onstage.  the teen turned to me at some point with a pained look on her face and said "is this what it was like for you when you took me to all those jonas brothers concerts?  because this is LOUD."  um, yeah. 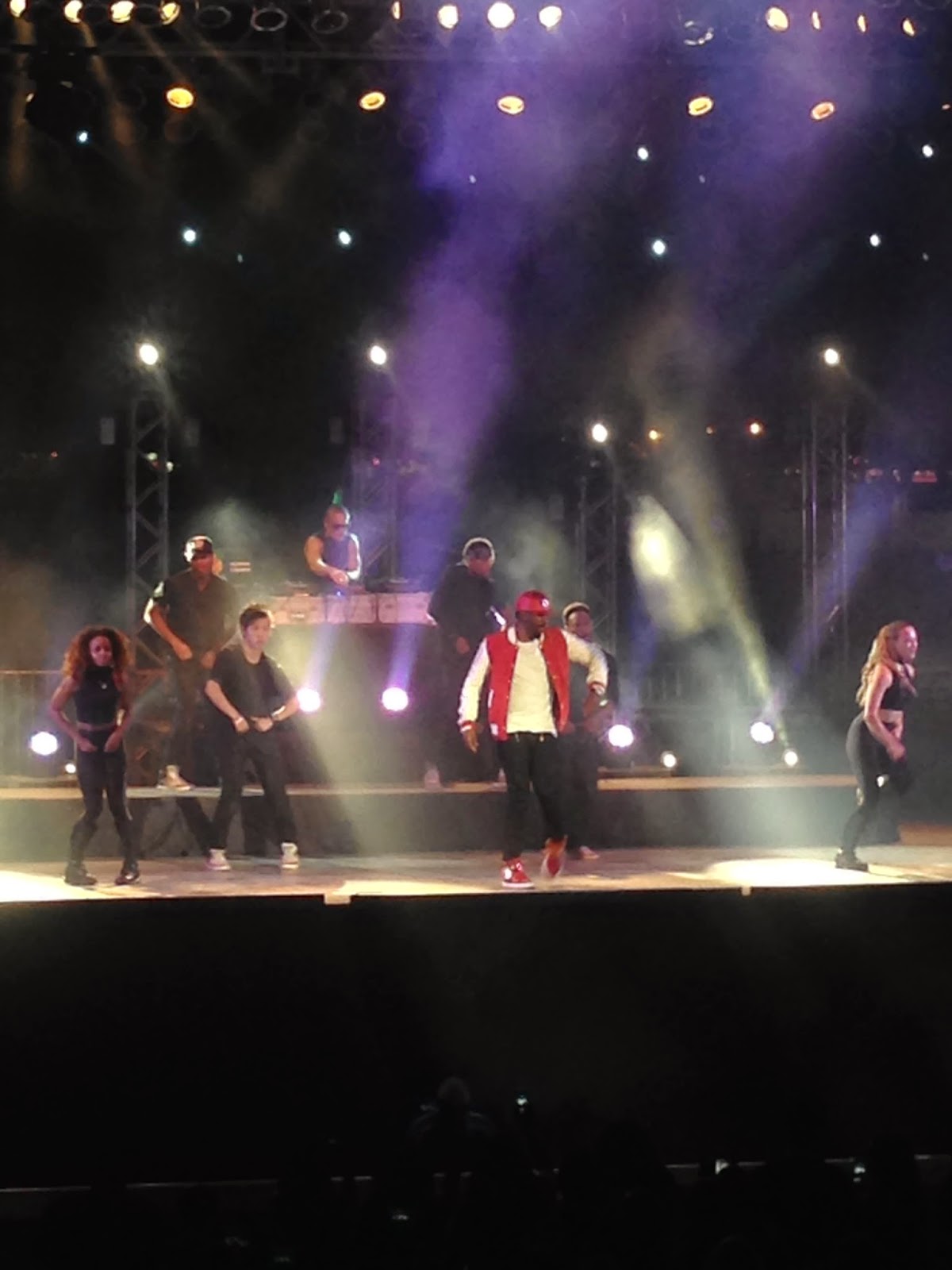 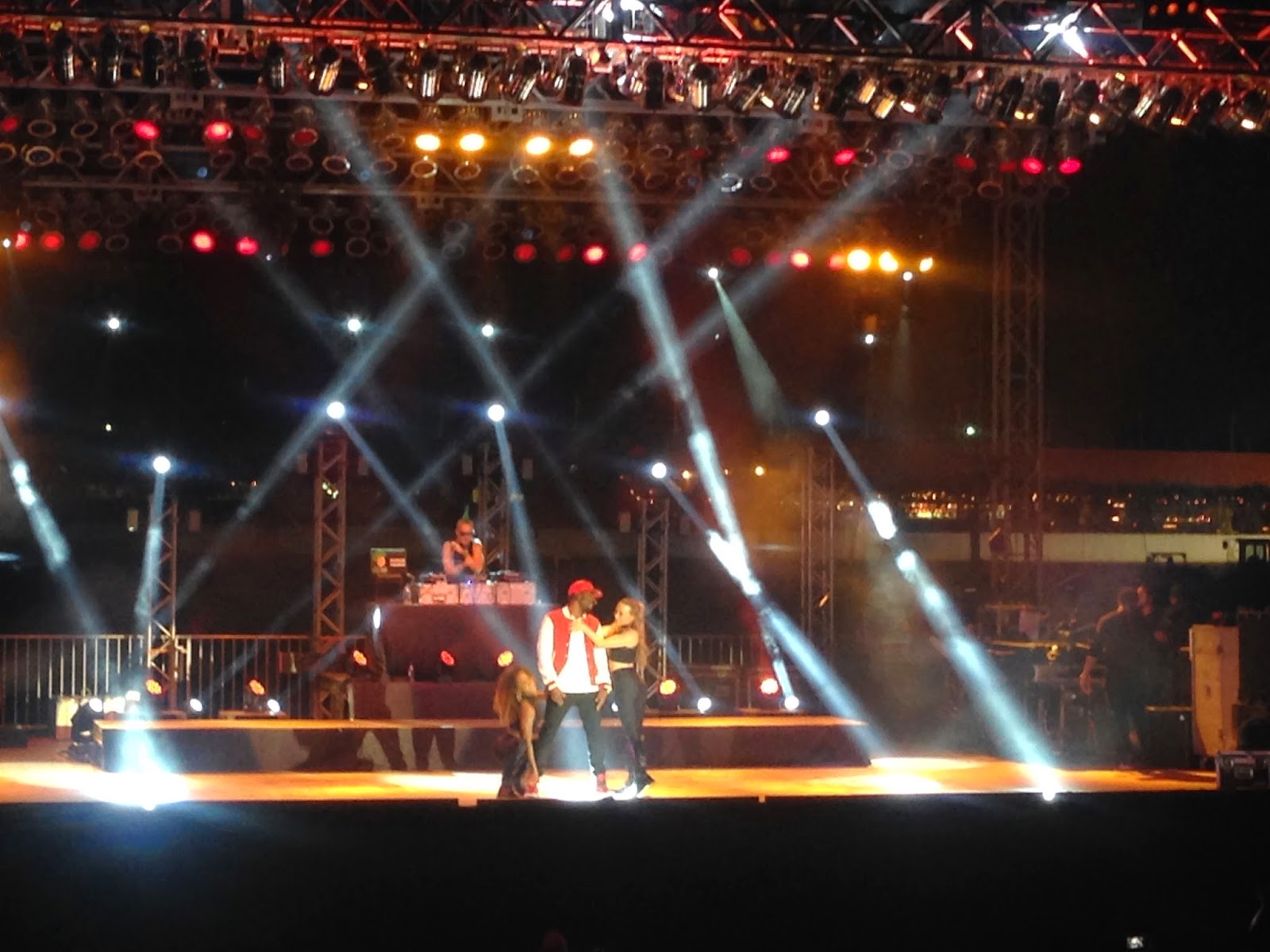 even more entertaining than the show itself was the peoplewatching.  in front of us was this lady who seemed to record the entire performance while attempting to dance, which also led to wild arm-flailing.  i had to wonder 1. what the hell she was going to do with all that shitty footage and 2. if she was ever really going to watch it, ever. 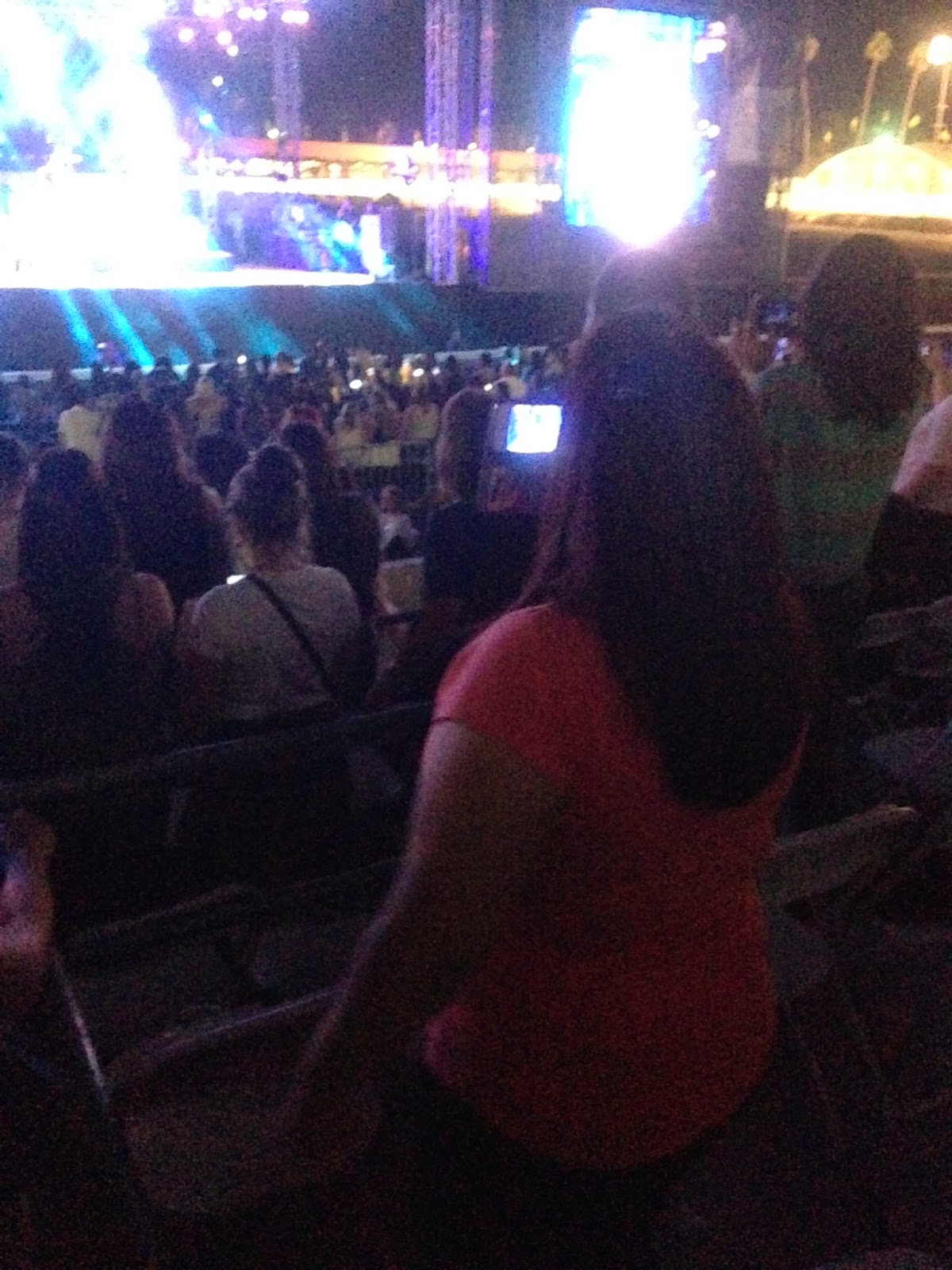 on the other side were these two, who were drinking heavily and doing a lot of that embarrassing off-beat dancing that always hits you when you're super duper inebriated.  they did a lot of hair flipping and hip swaying and exaggerated singing along to the music.  it was seriously like a car crash - horrifying, yet you can't stop watching. 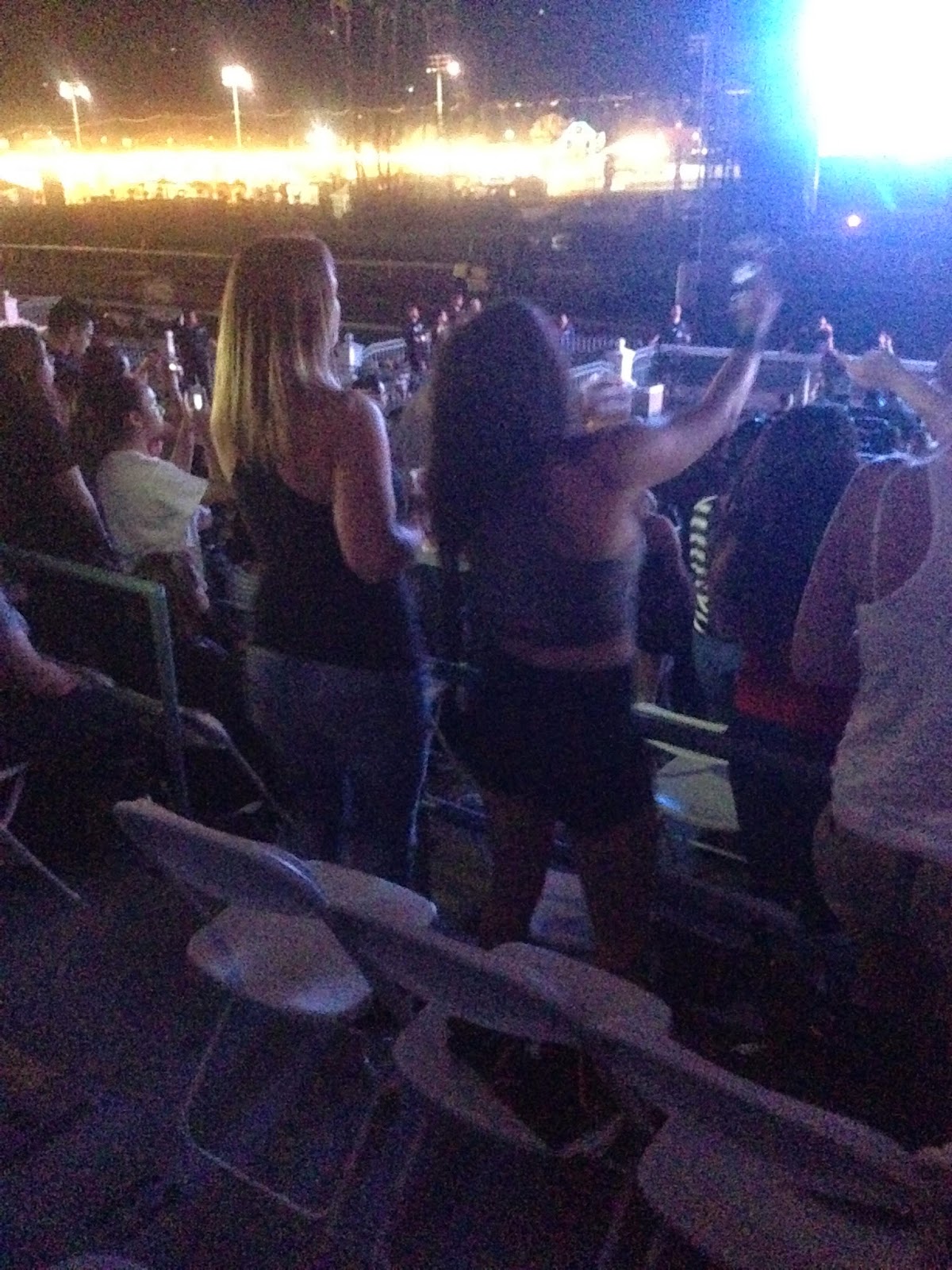 about 3/4 of the way through the concert, something happened between those girls and the two who were seated next to them.  the teen and i stood there torn between shock and amusement as we watched the drama unfold.  it started off with a little yelling, moved up to shoving, added in a bit of beer throwing, and at one point one girl was trying to push another over the railing.  i'm amazed there was zero bloodshed. 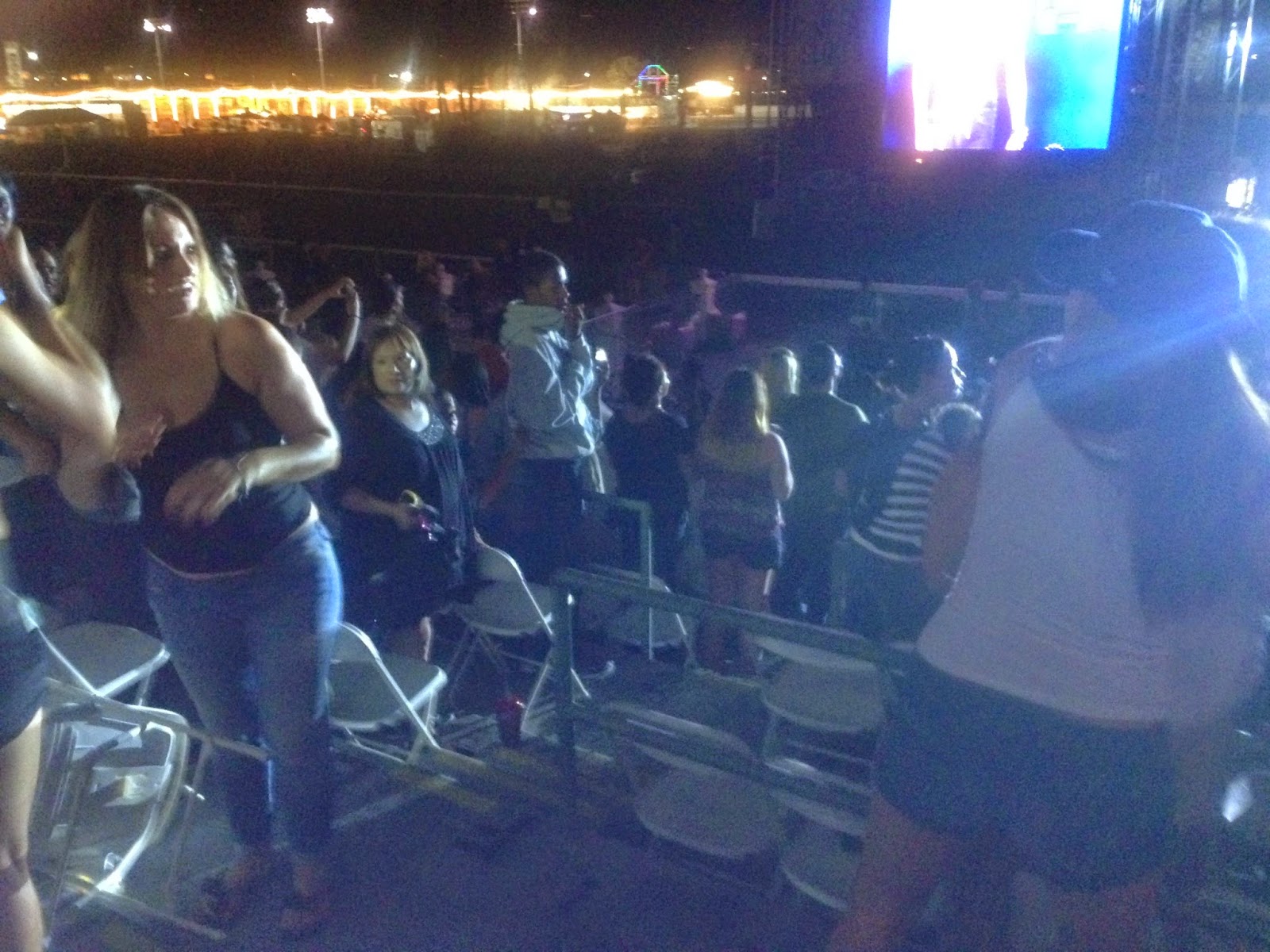 also, yes, i was totally taking pictures.  um, duh.  i'd have taken video had i thought of it in time.  although i actually did have time, because they kept going at it while everyone around them watched in amazement.  it went on for a lot longer than i'd have expected before security finally arrived and kicked all their asses out of there. 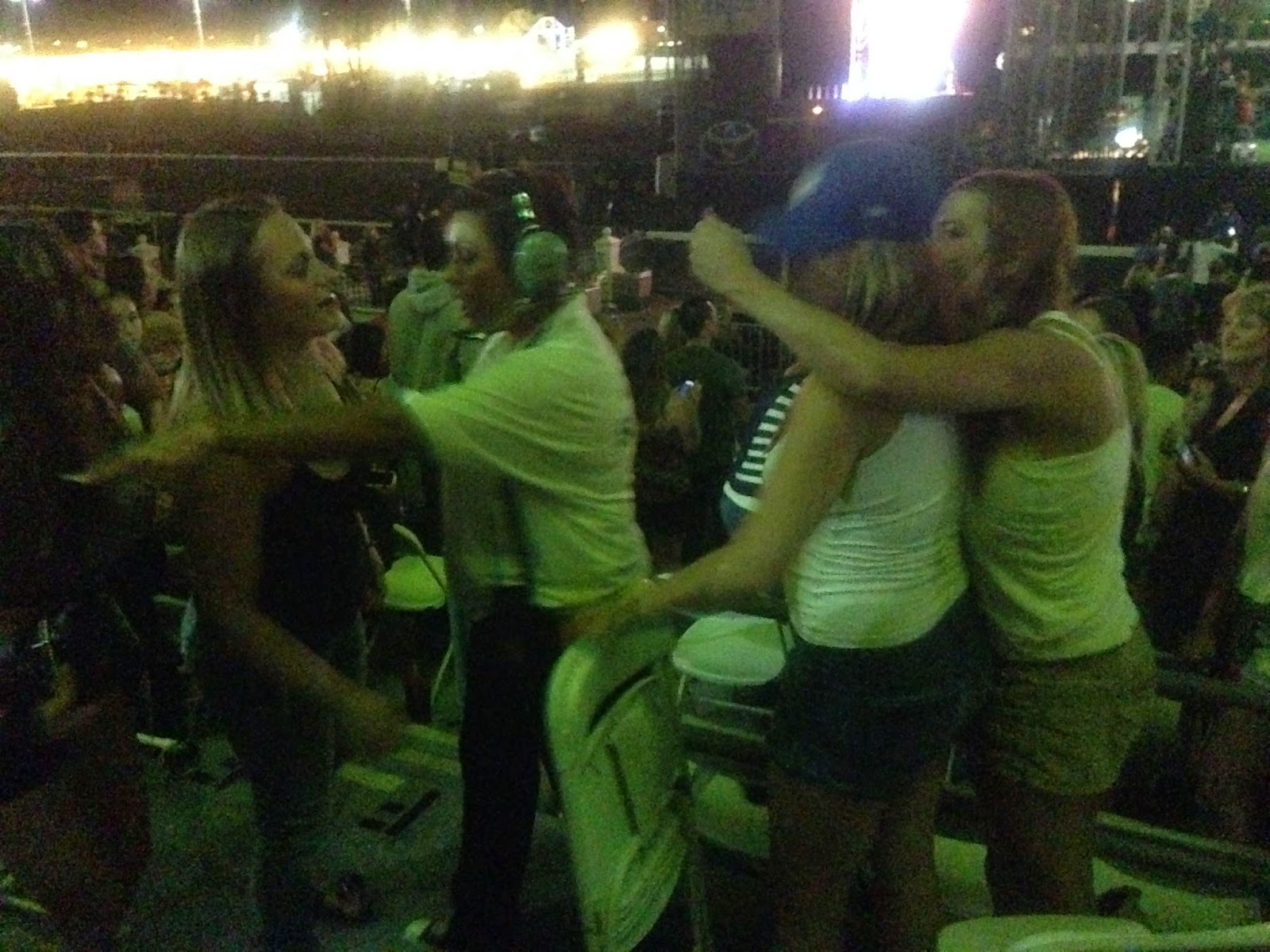 meanwhile, jason was still up on stage doing his thing, blissfully unaware of the ridiculousness that was happening in the audience. 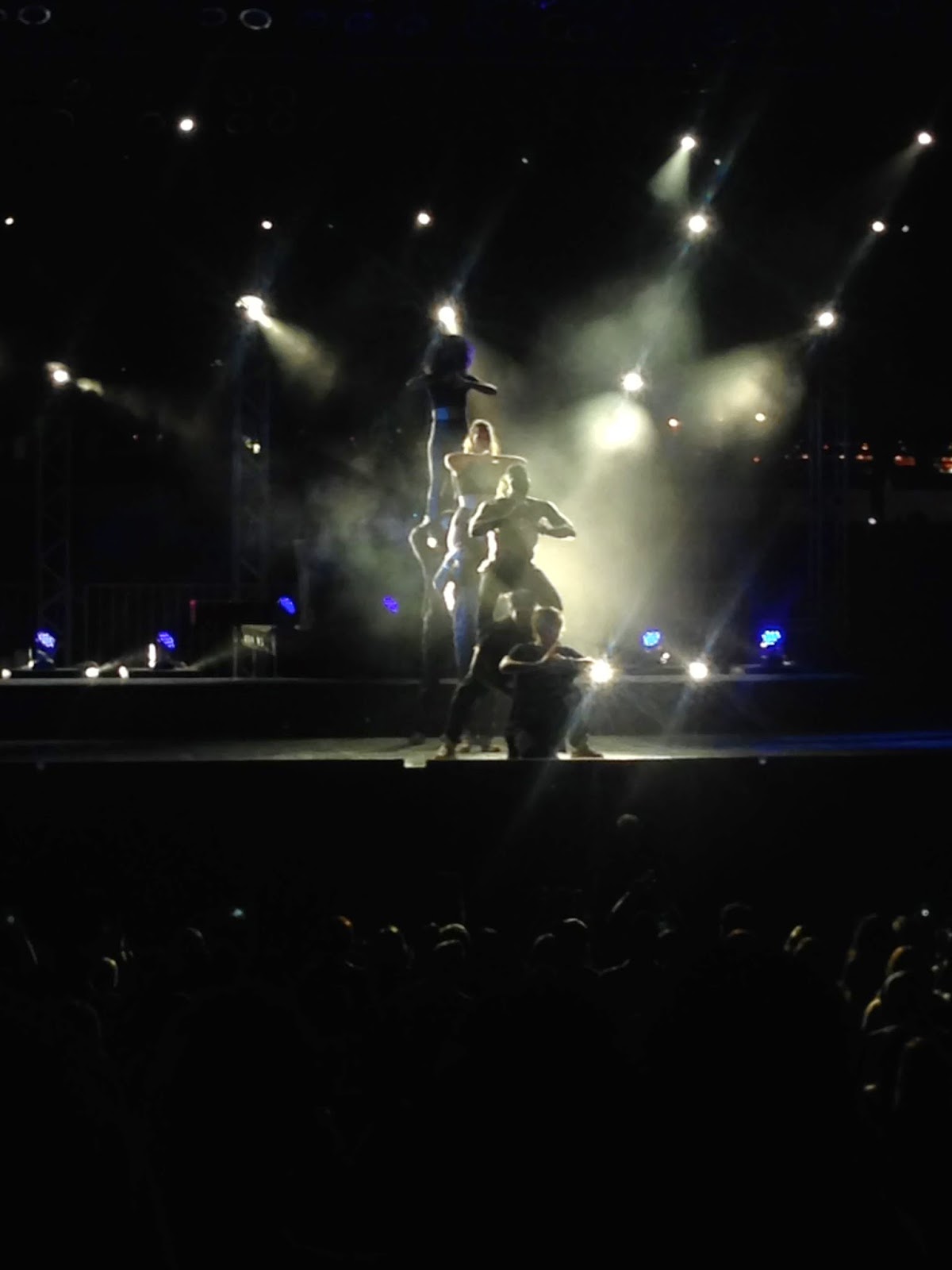 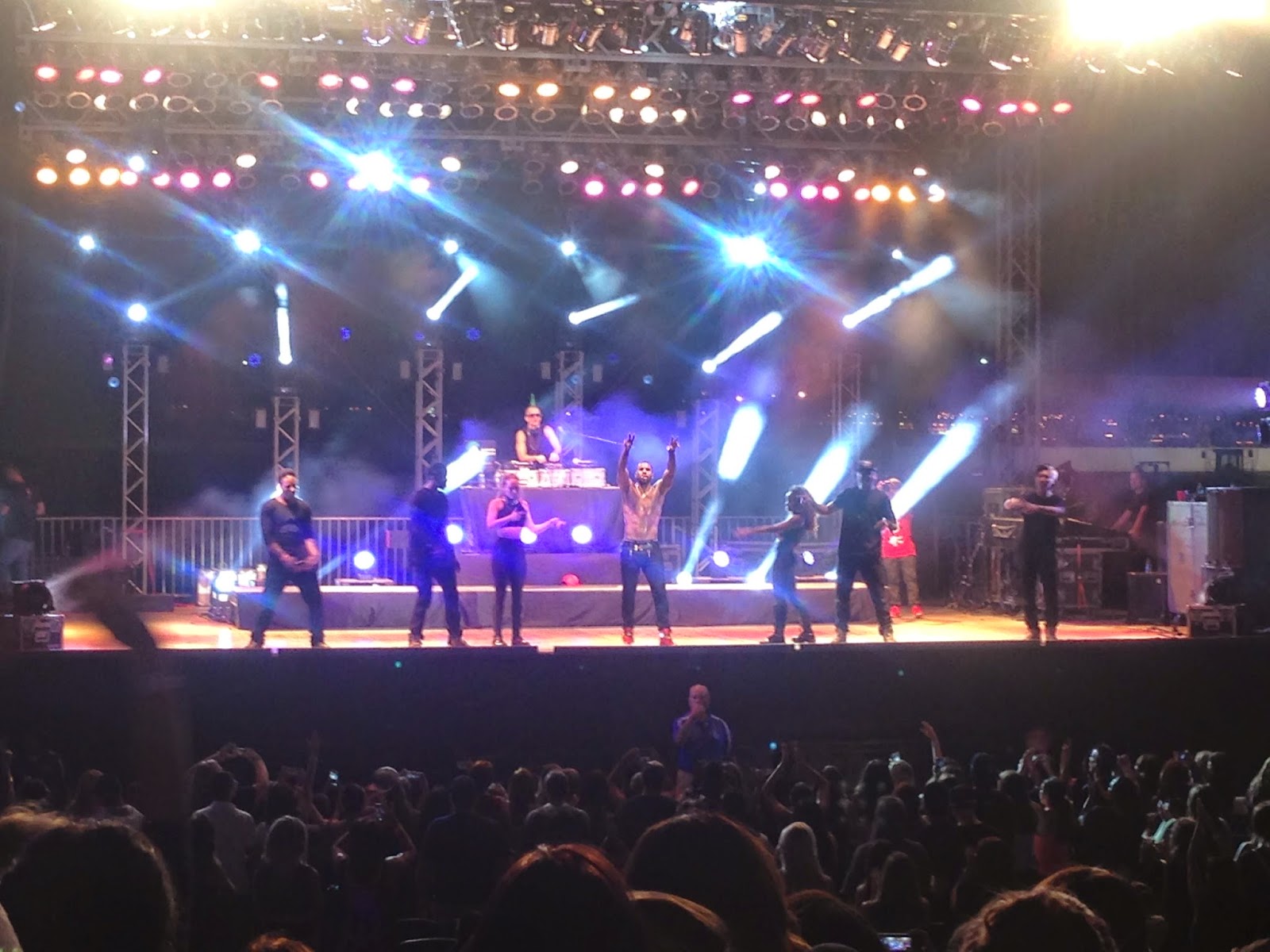 and to cap it all off, it took us a good ten minutes after making the trek back through the parking lot to find our damn car.  lighting was super shitty, the lot was gigantic, and the signage sucks.  and then when we finally did get in, we were stuck in a very long line of other cars who were also trying to get the hell outta dodge.

but it was an entertaining evening, that's for sure.  ramen burgers, jason derulo, crazy girl fight.  welcome to pomona, bitches!
at September 26, 2014