just a walk in the park

on labor day, the bean and i were treated to a rare trip to disneyland WITH the hub for a change.  he's not a huge fan of amusement parks in general, but since he's also got an annual pass we're able to talk him into joining us every now and then.

usually, when i take the bean to the land it's like this: 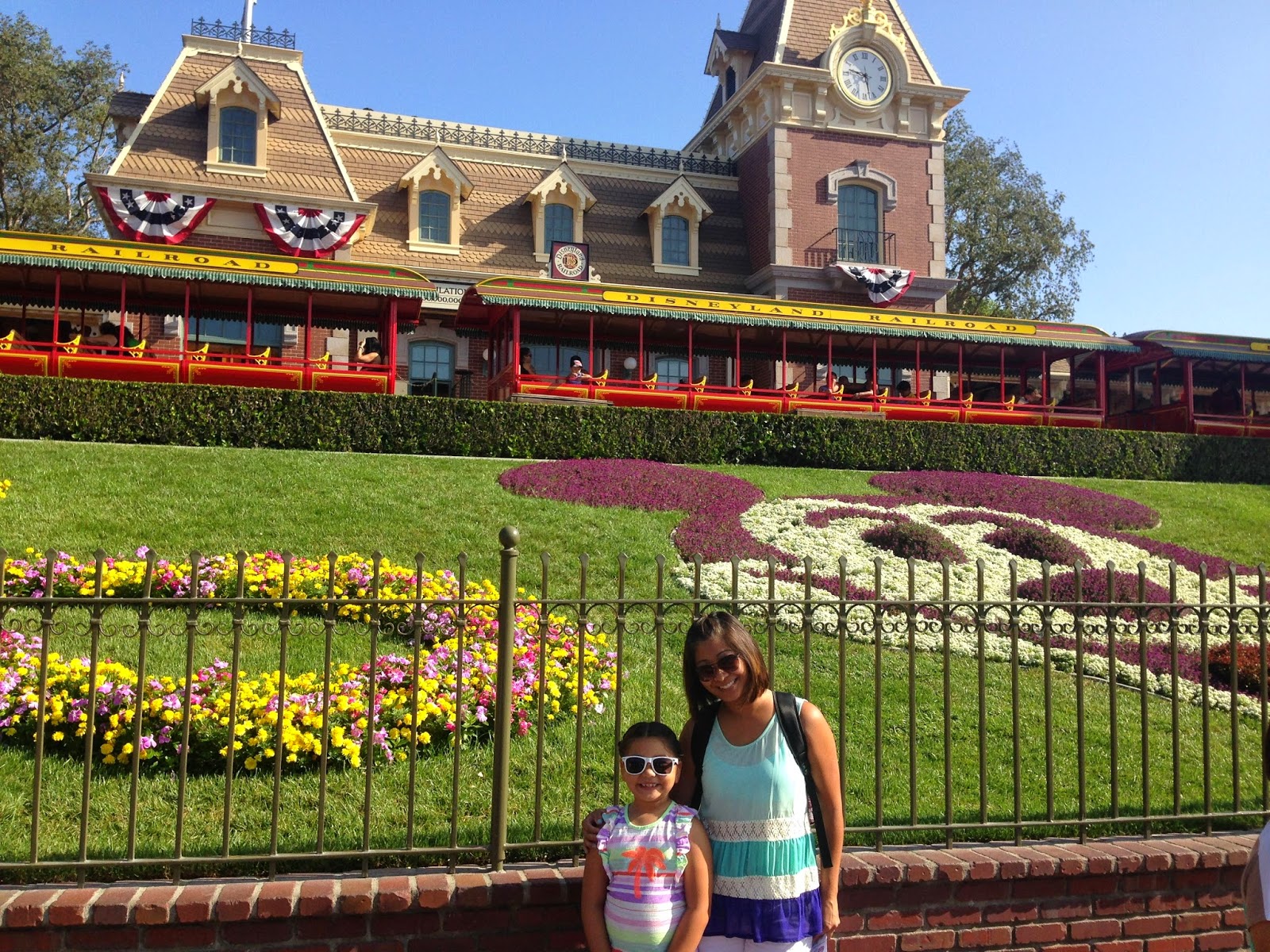 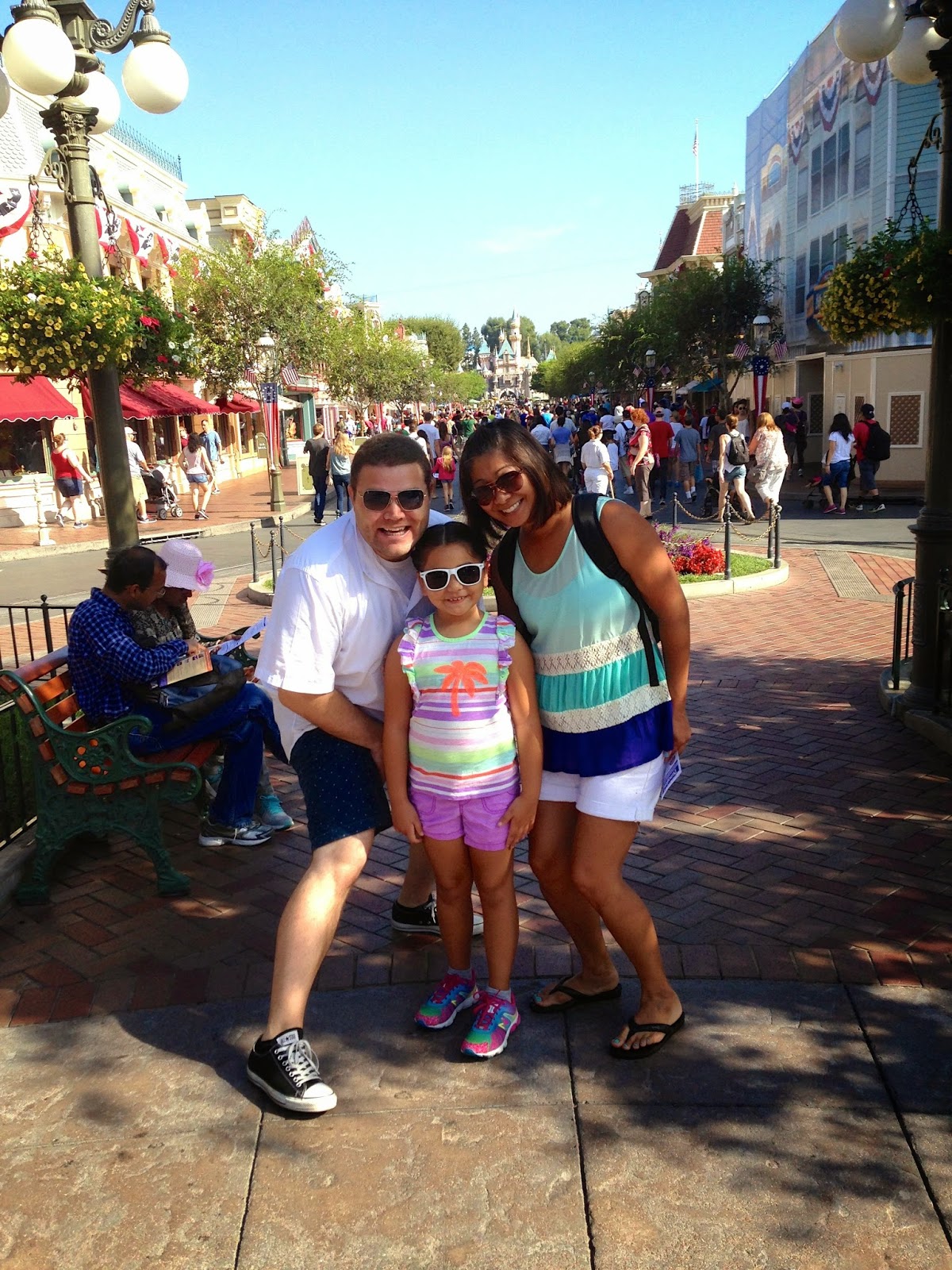 and we did something else we don't usually do - we caught a ride on one of the horse-drawn carriages that took us up main street towards sleeping beauty's castle. 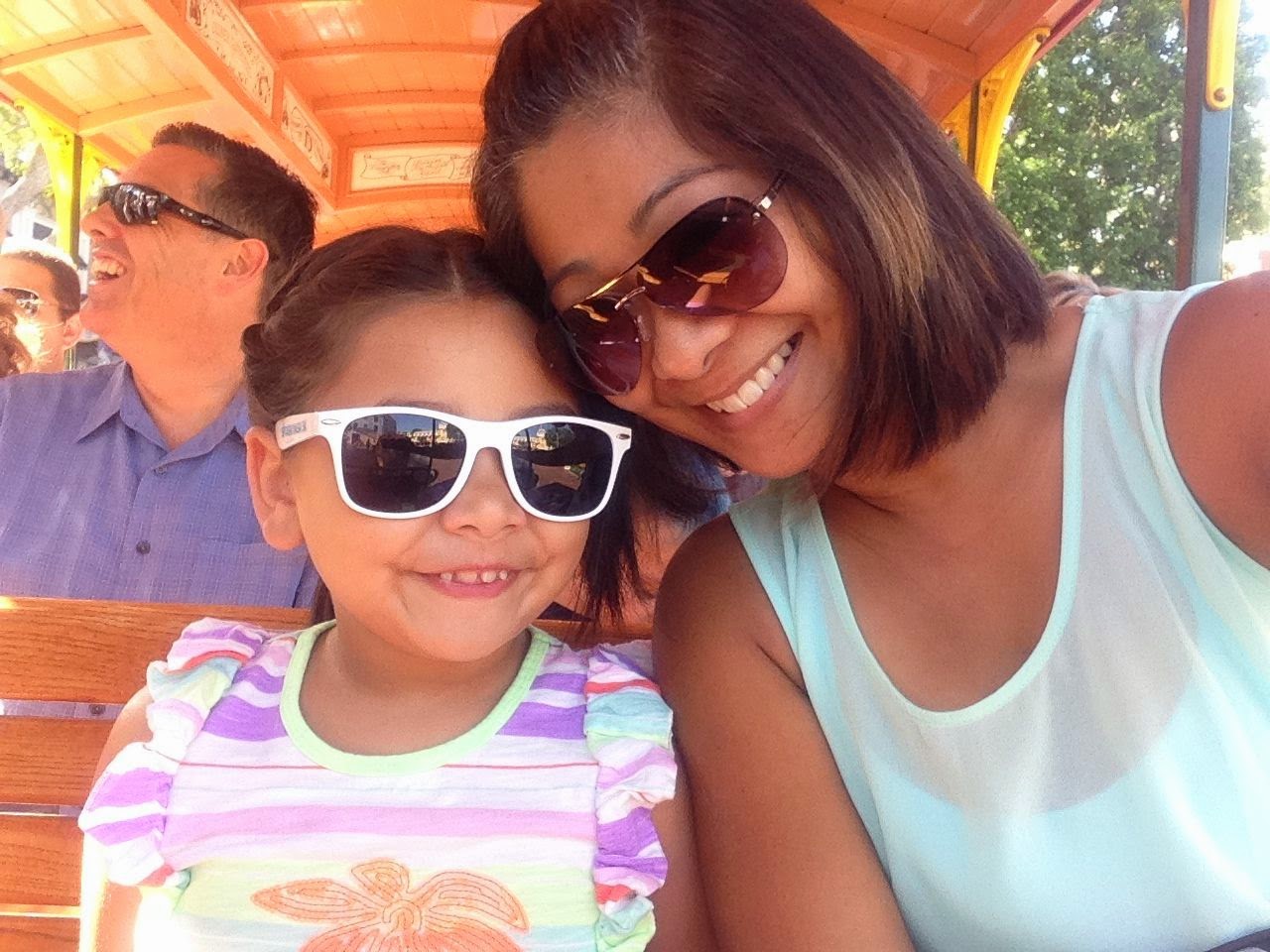 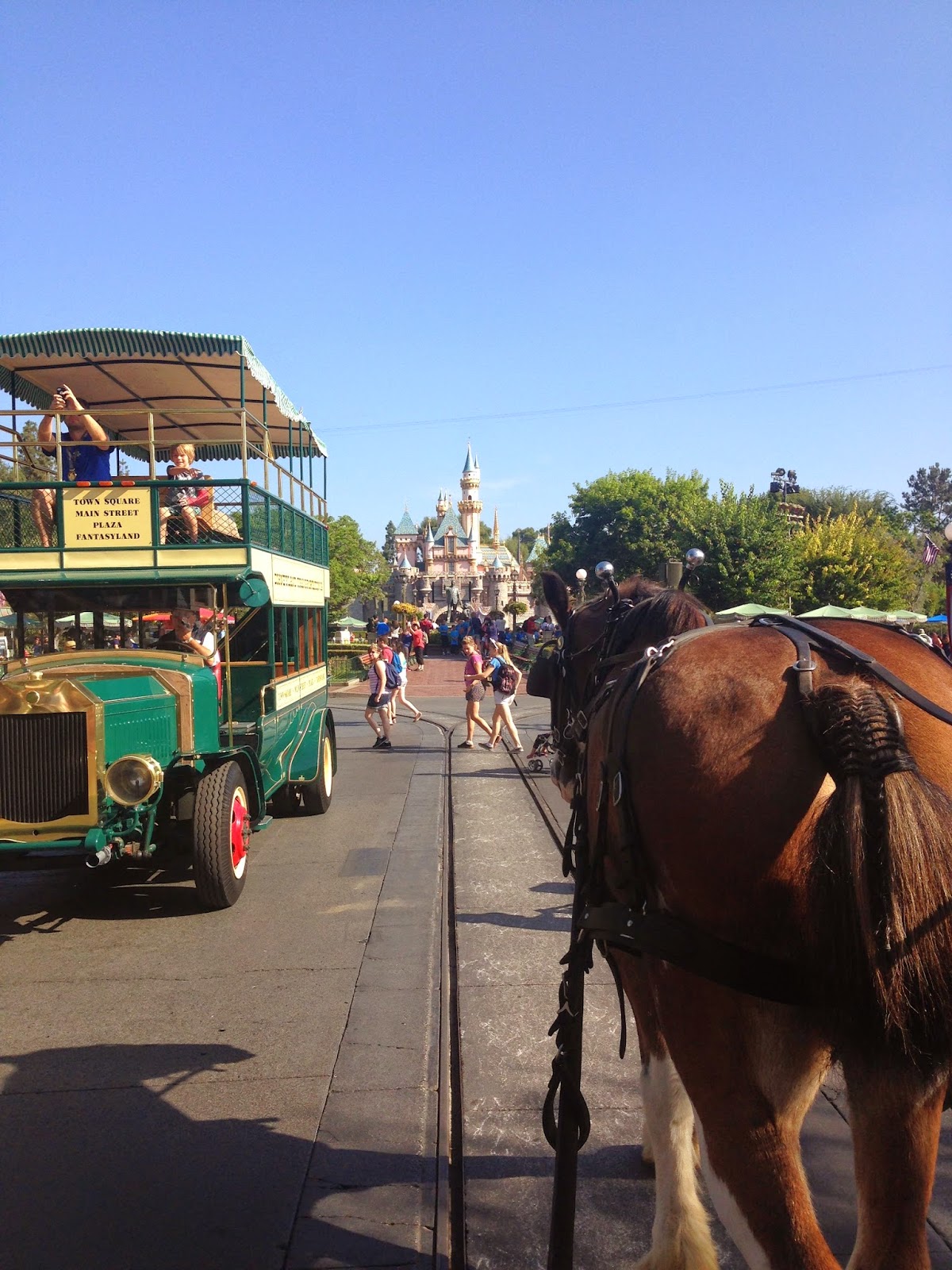 group selfie in front of the castle (although you can't really see it back there)! 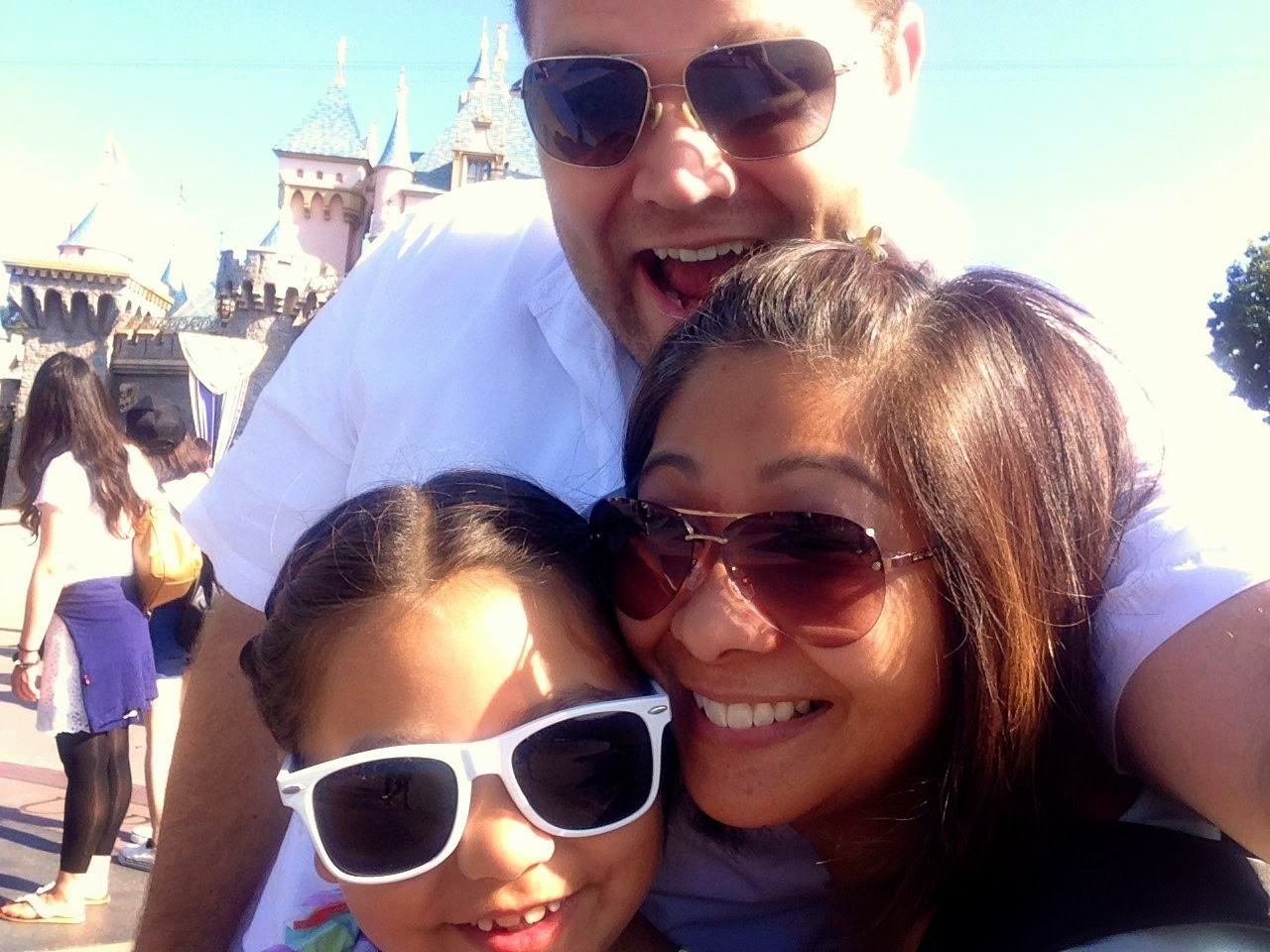 the bean wanted to see the recently refurbished alice in wonderland ride, so we got in line.  as we waited, she seized the opportunity for another photo op. 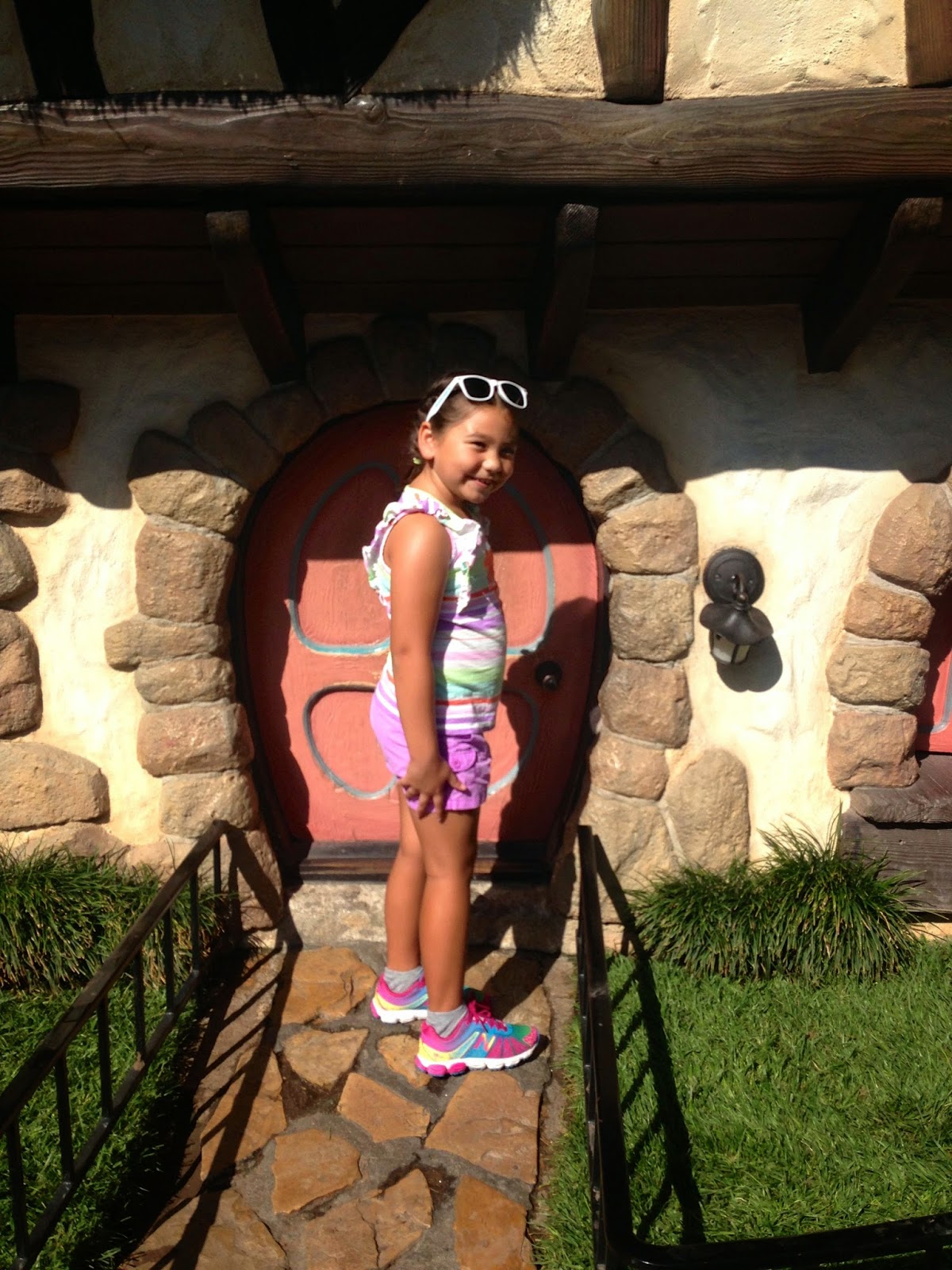 one of the hub's friends was at the parks with his family that day too, so we met up with them and hung out a little.  they wanted to see the alice ride too, and the bean had enjoyed it so much that she went with them. 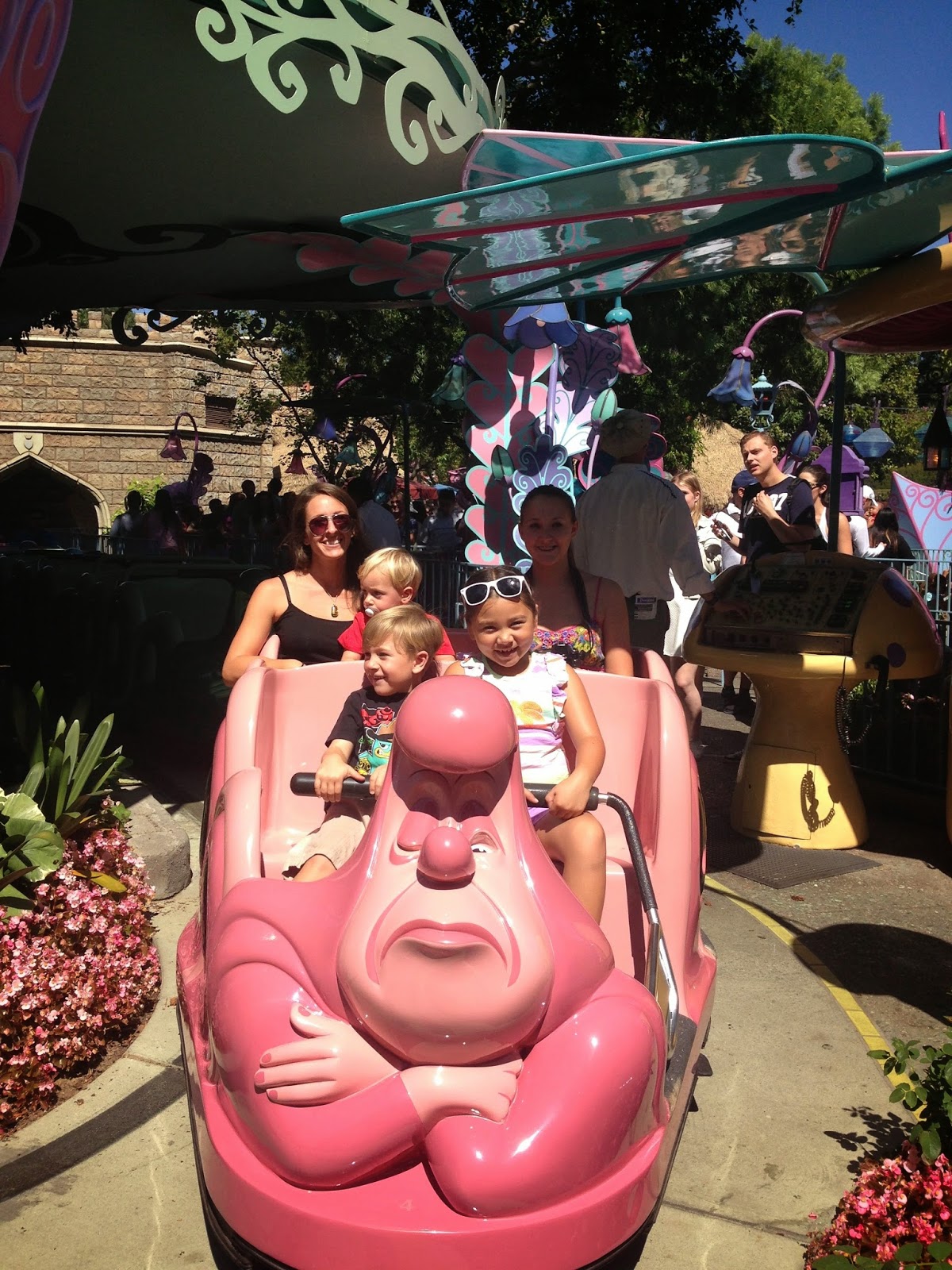 in the time it took for them to get through the line and ride the ride, the hub, his friend and i were able to hop into the single-rider line for matterhorn and take a turn around the mountain.  and then after that, they decided to go for a whirl at the mad tea party ride.  i'm not a big fan of spinning in circles, so i sat that one out too.  the bean looks pretty happy, though, huh? 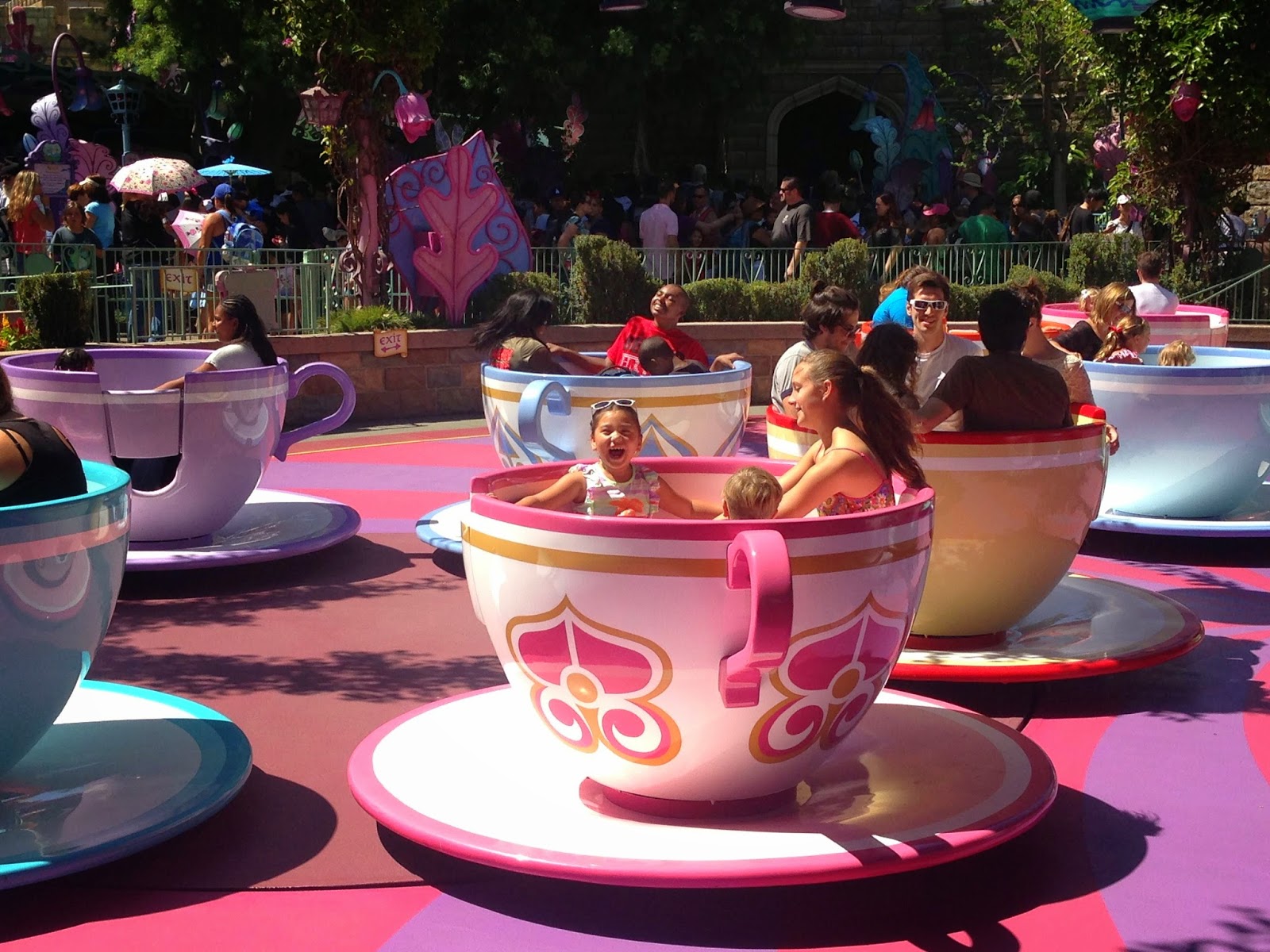 since they had fastpasses for other rides, we decided to part ways for a bit and head over to the california adventure side to grab some lunch. 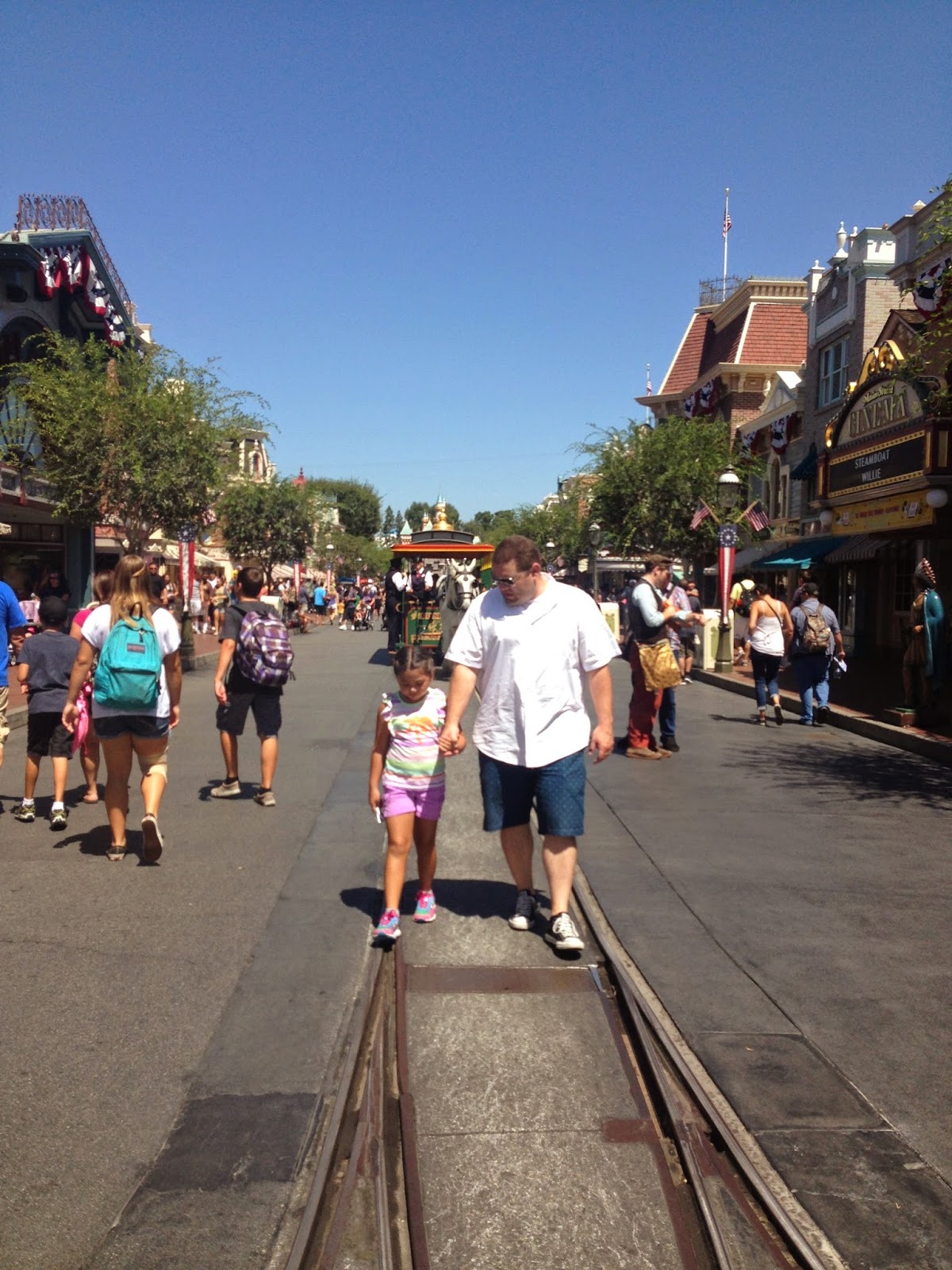 i'd told the hub about the fabulous lobster nachos i'd had at the cove bar, so that's where we went.  as we waited in line, an old friend showed up to say hello to the bean. 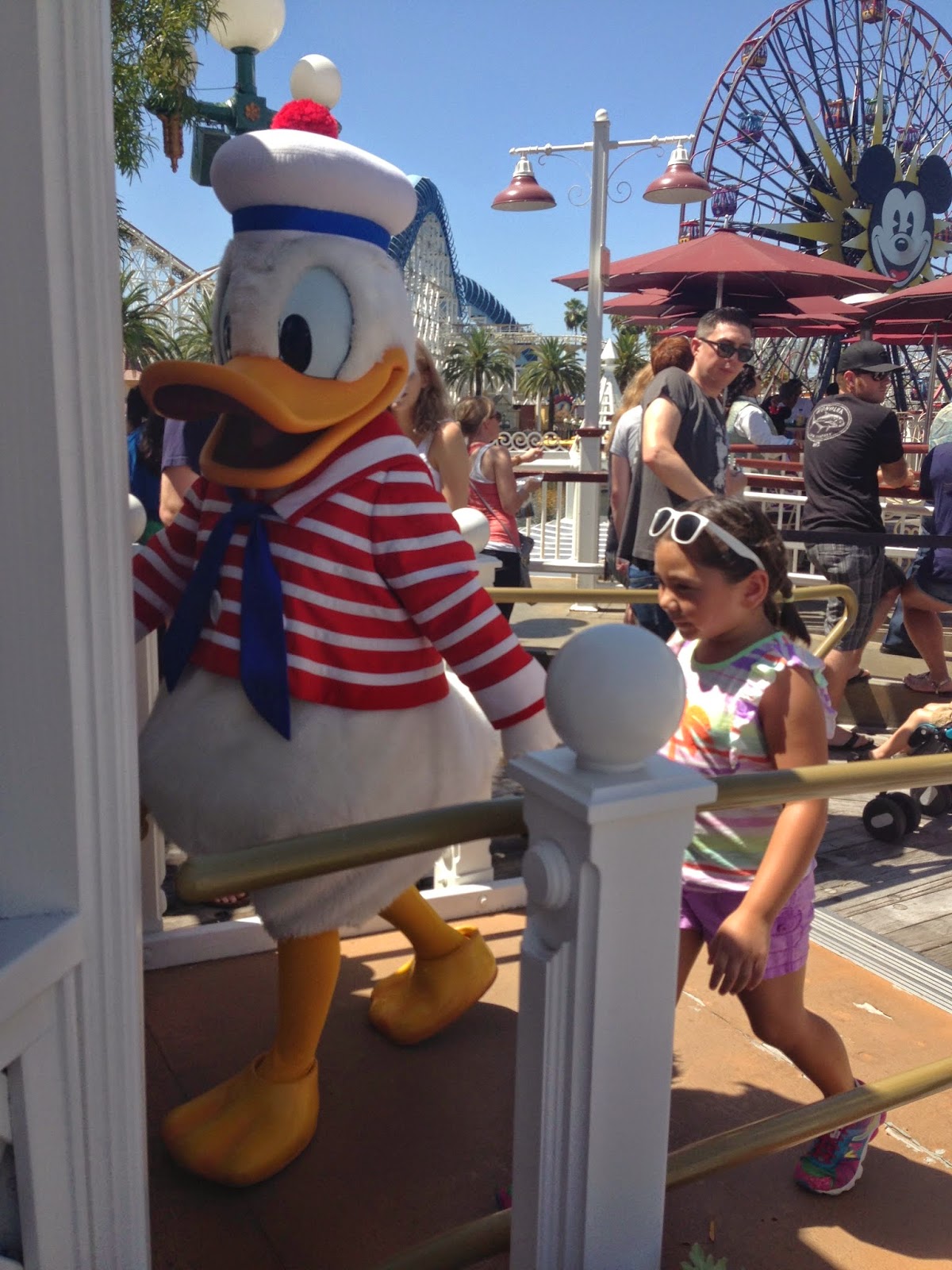 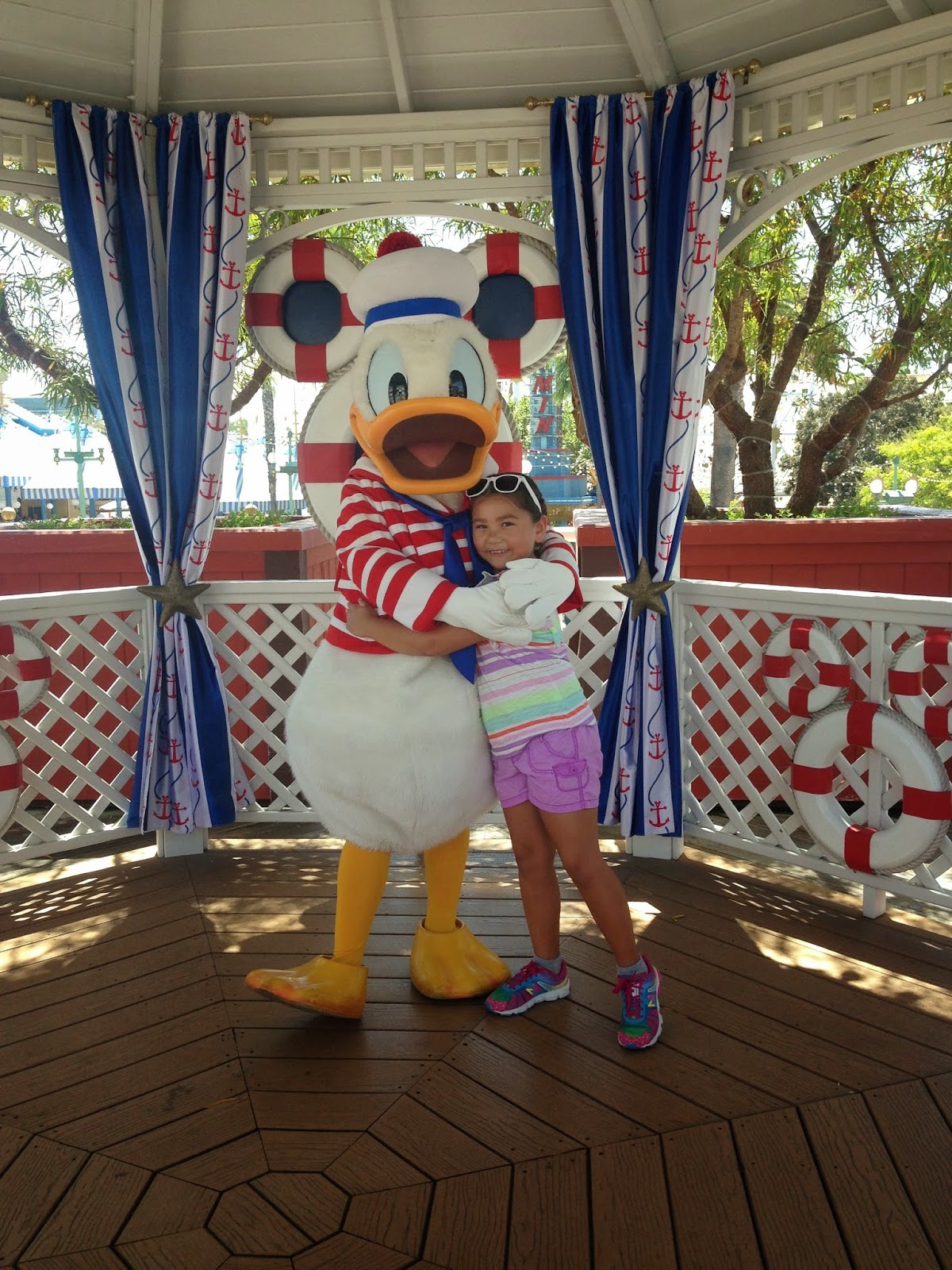 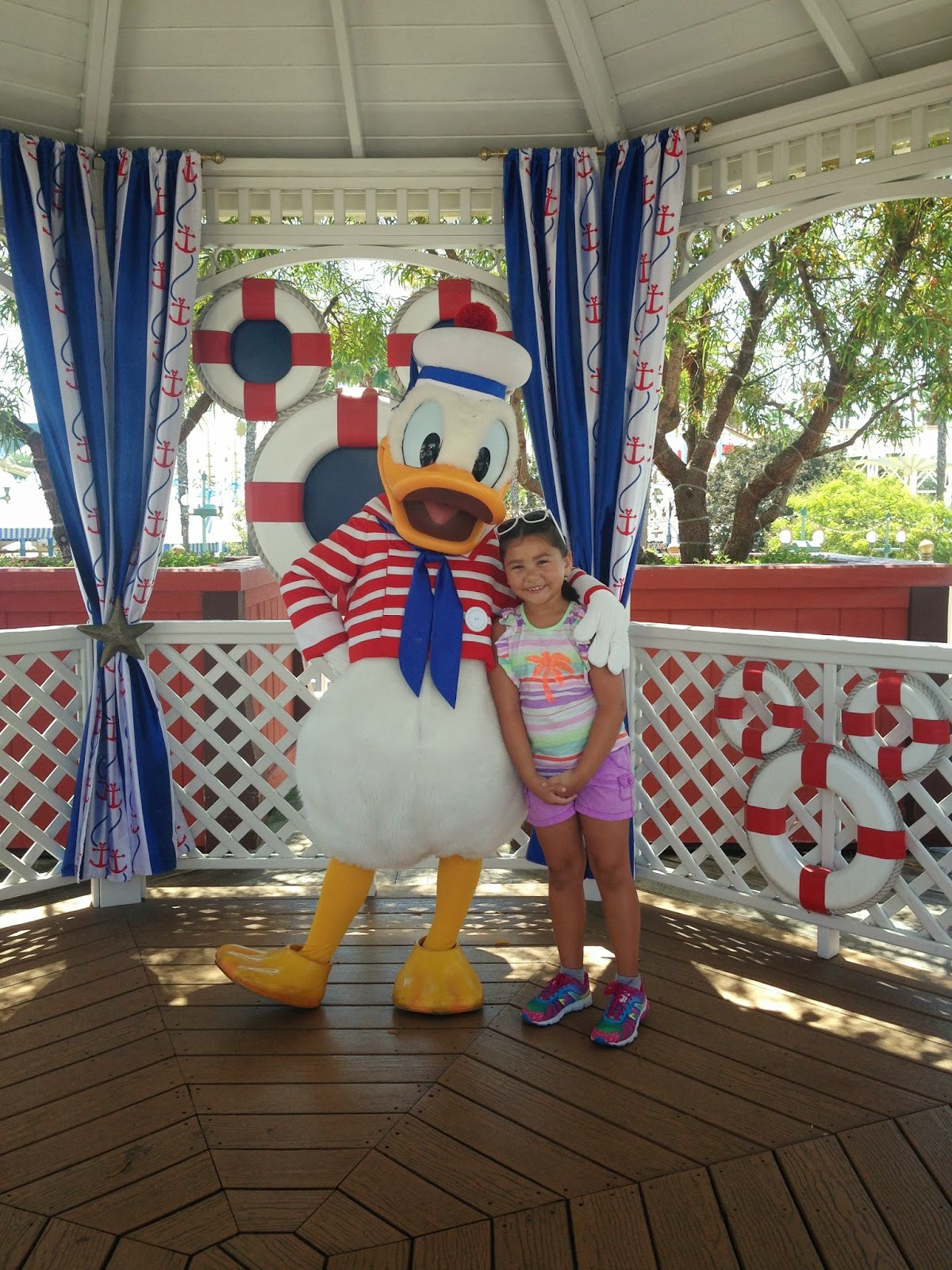 our long wait in line paid off with a table that offered a pretty fantastic view. 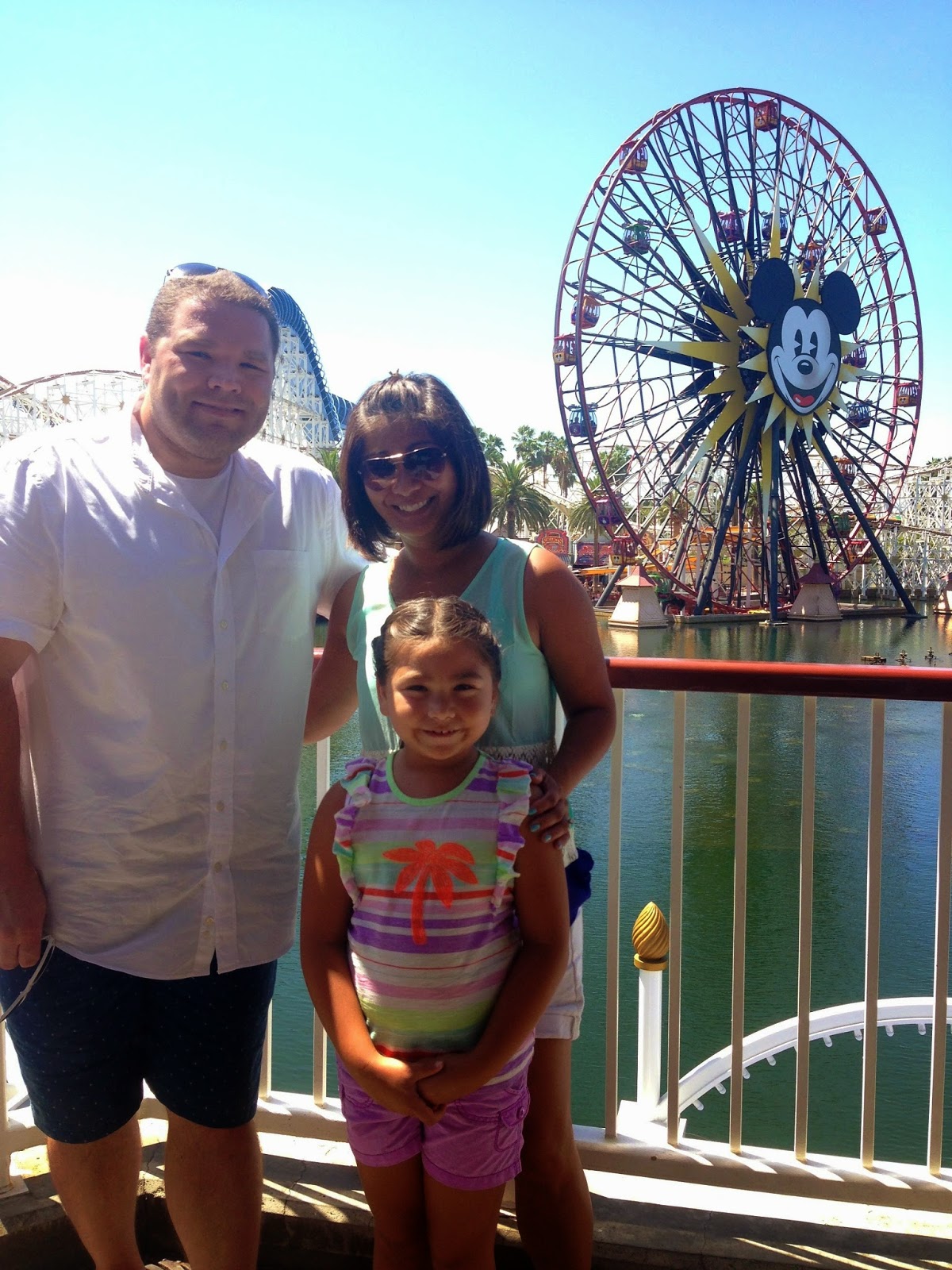 the hub was pretty happy with his nachos: 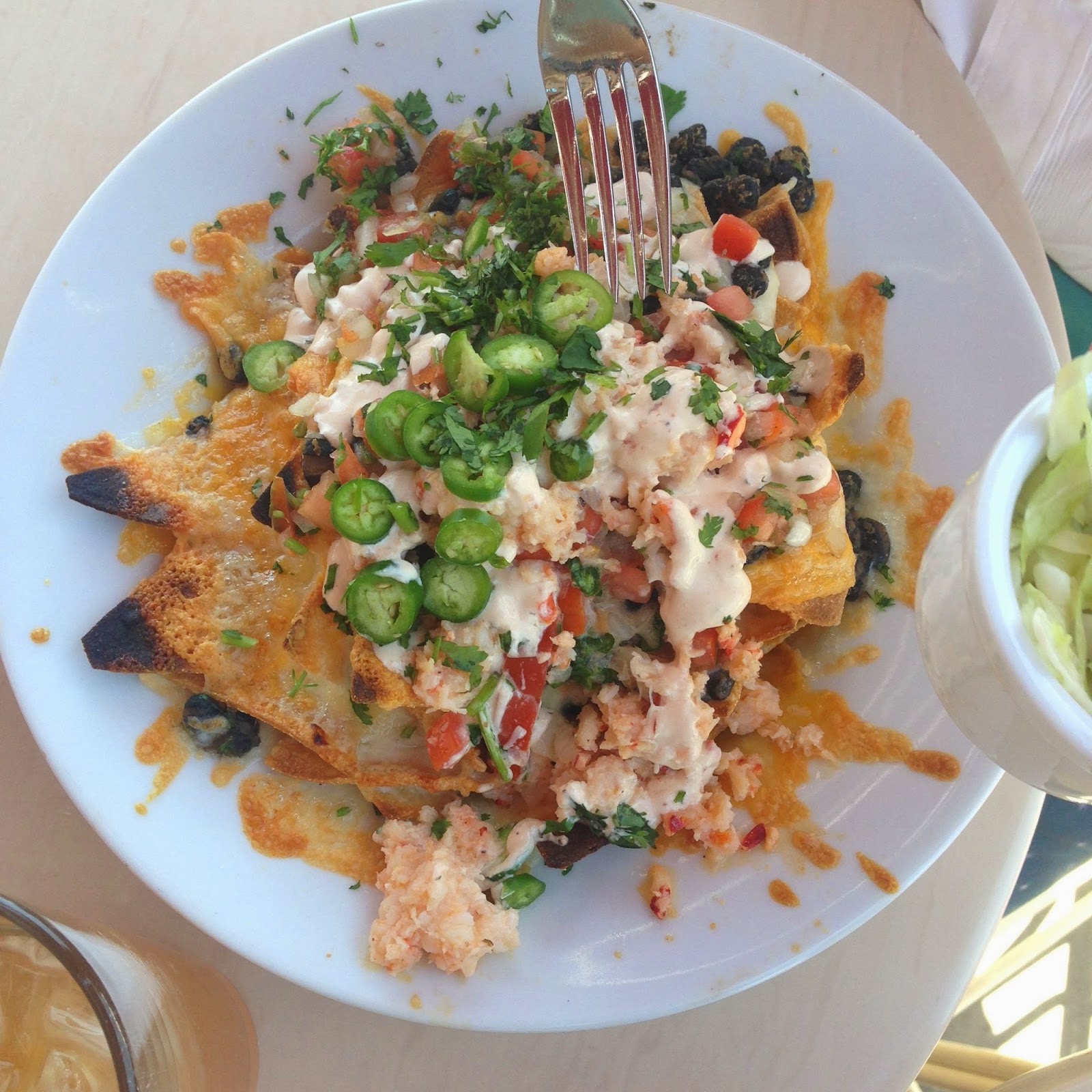 and the bean opted for the trio of sliders with everything on the side. 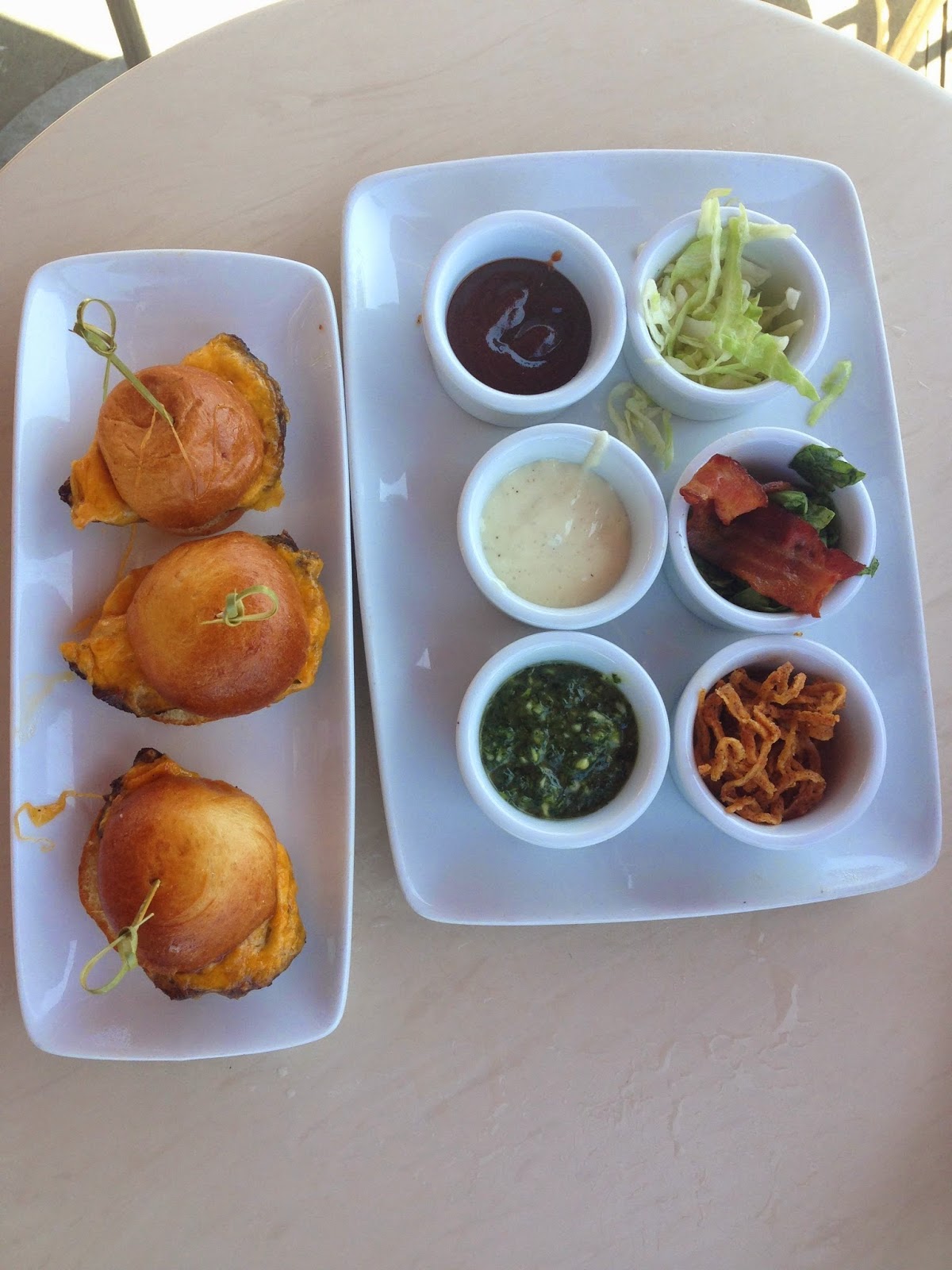 our friends met up with us as we were finishing lunch, and so we offered to take their older son with us to the toy story ride. 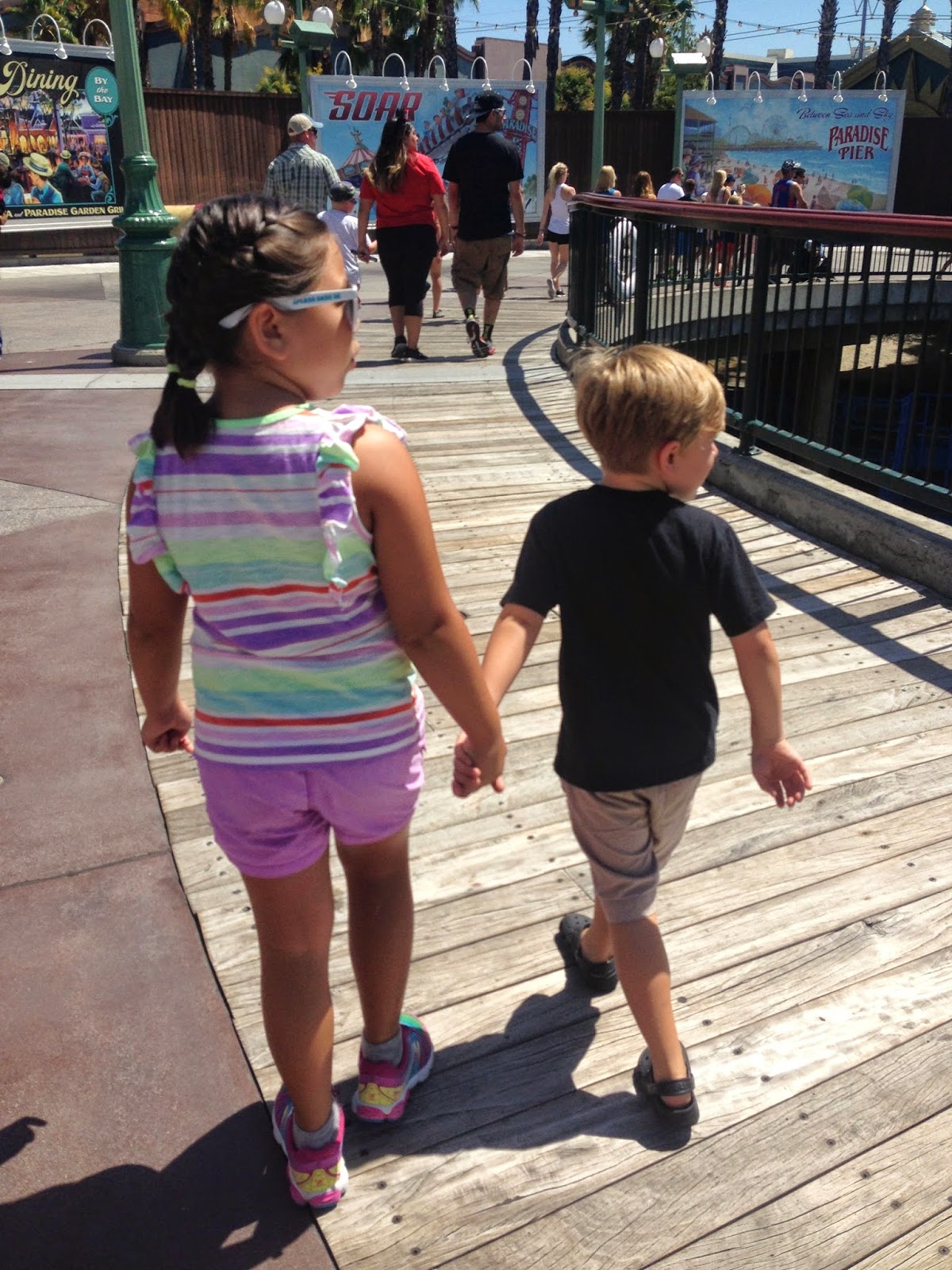 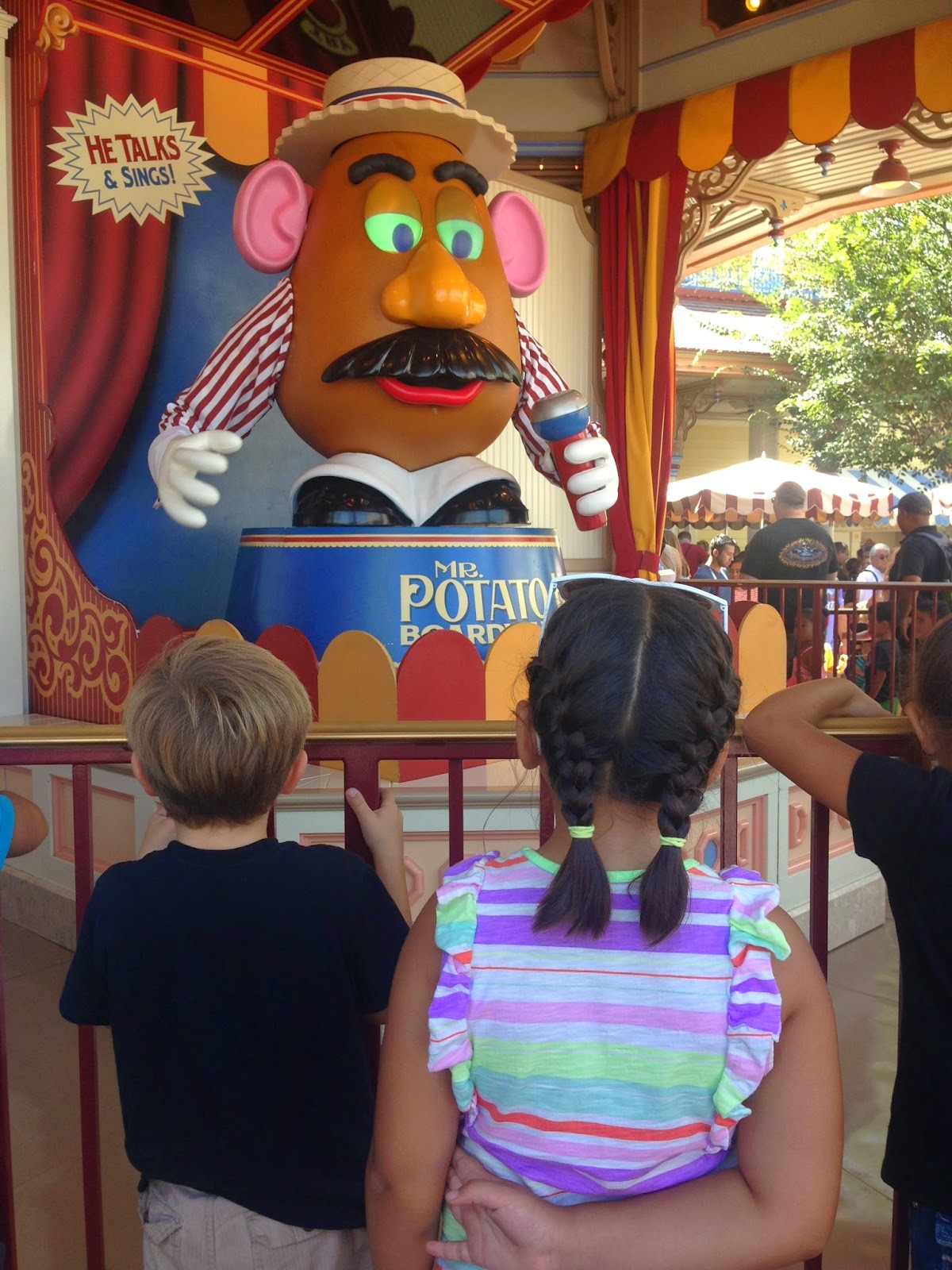 the cars in that ride seat two people, and the kids really wanted to ride together.  except that we'd already learned that most of the attractions require both kids to be at least 7.  the bean - well, since her birthday is in a couple of weeks, she already has it in her head that she's 7.  as for her little companion, he's just five.  but he's a crafty little kid.  the hub and i had to stifle our guffaws when the cast member asked him how old he was and he looked right at her and said "i'm seven."  she shot us an amused look as she asked him again, and she just shrugged and said "hey, if he says he's seven, i can't argue with him."  and that's how the hub and i managed to sneak a ride together (albeit with the kids in the very next car). 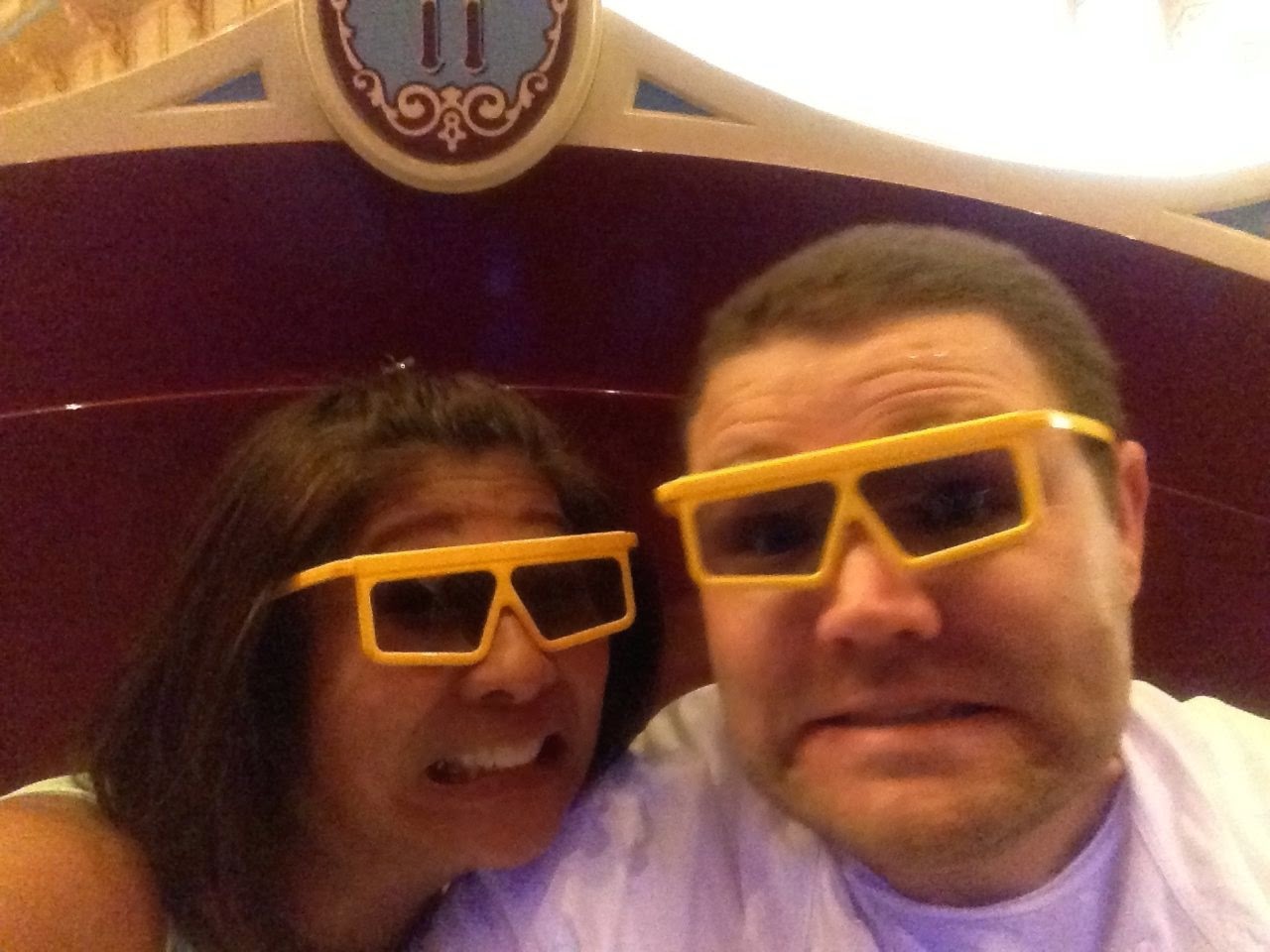 it was stupid hot that day (as it has been ever since), and so they decided to stop at the ice cream stand at the top of the pier.  i wasn't in the mood for ice cream (i know, i know) and decided to go and cool off inside the souvenir shop just next door.  i'd never really paid attention to the little details in there, but there are some really cool vintage boardwalk-y decorations in there: 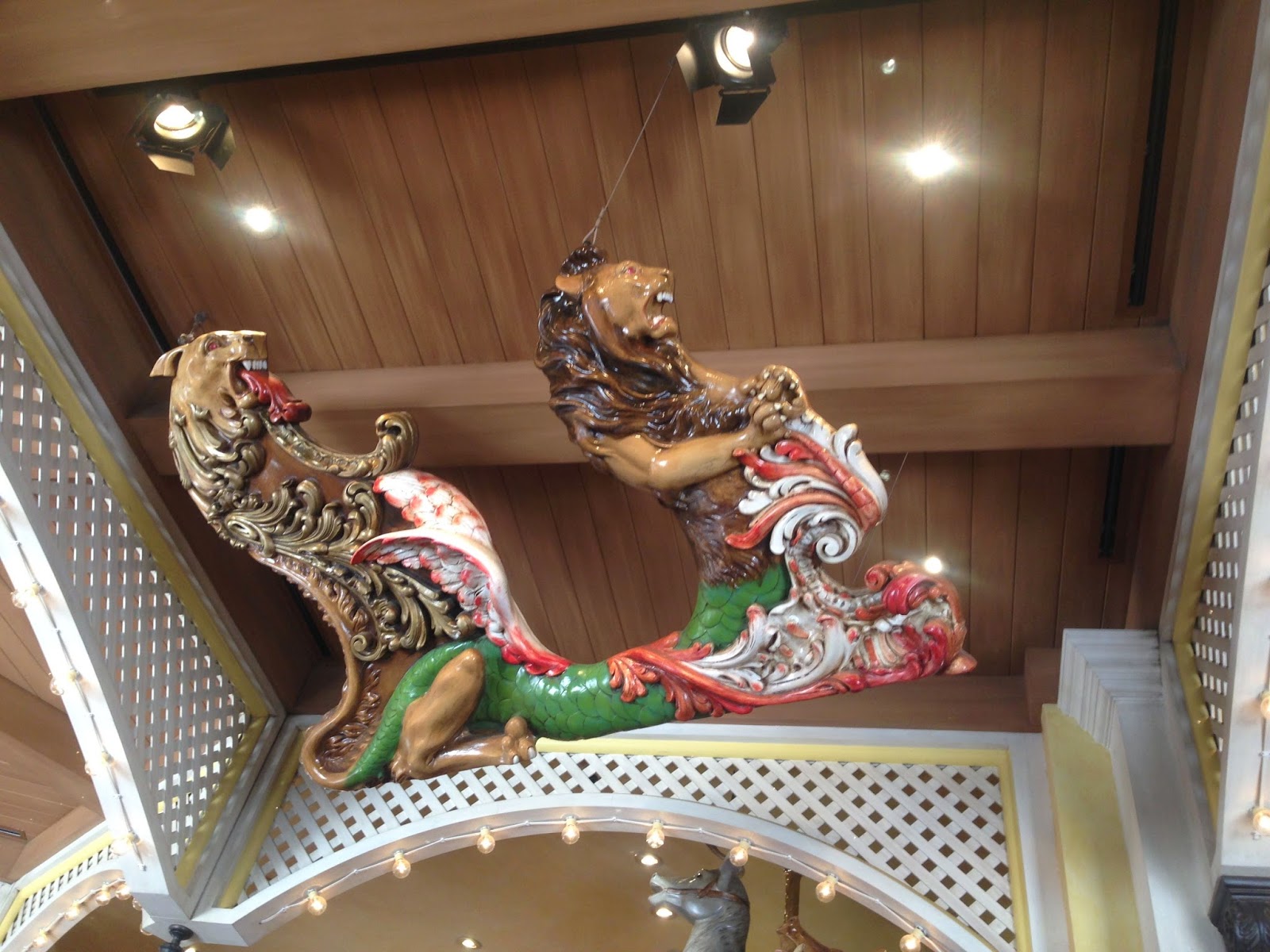 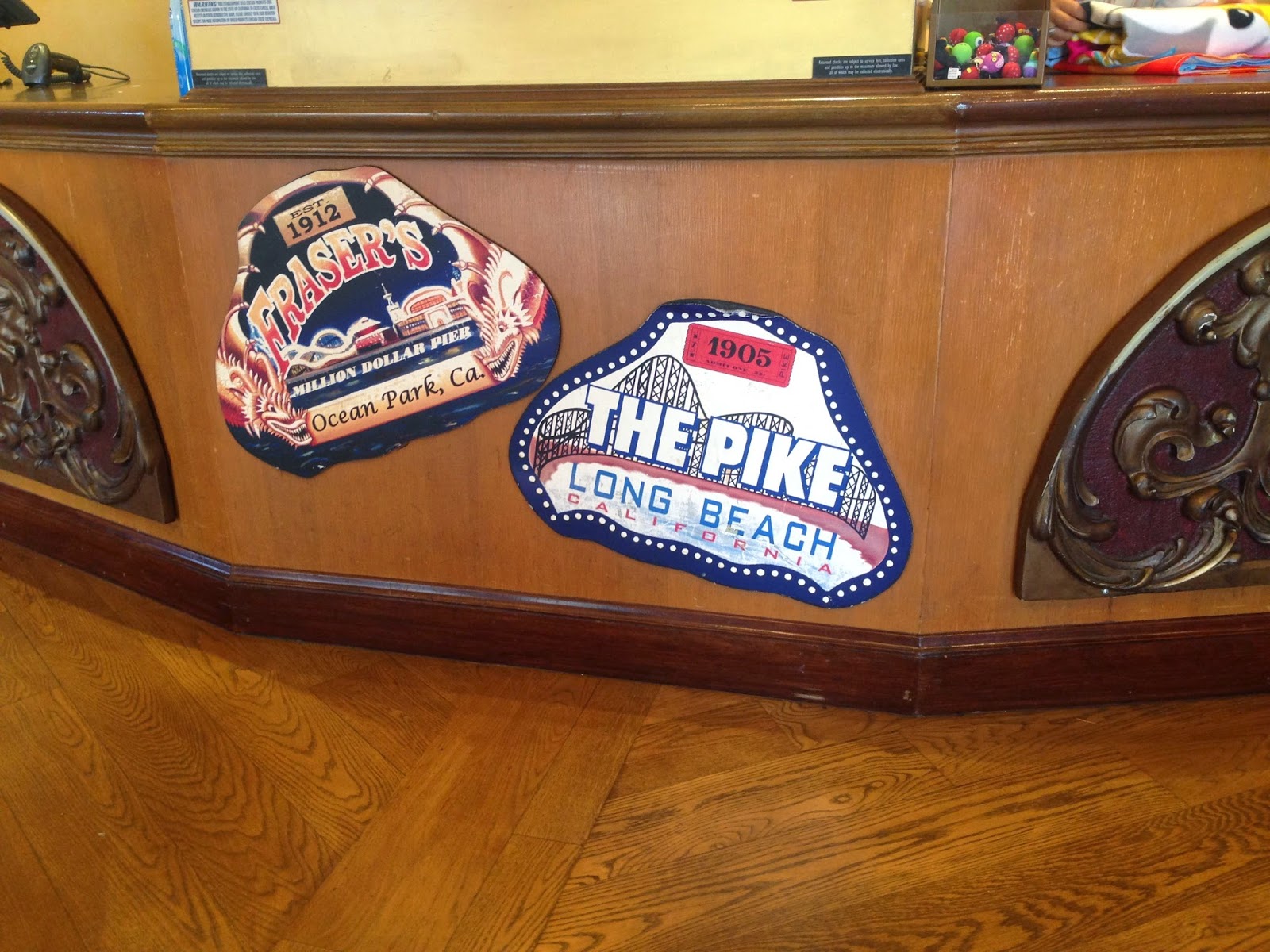 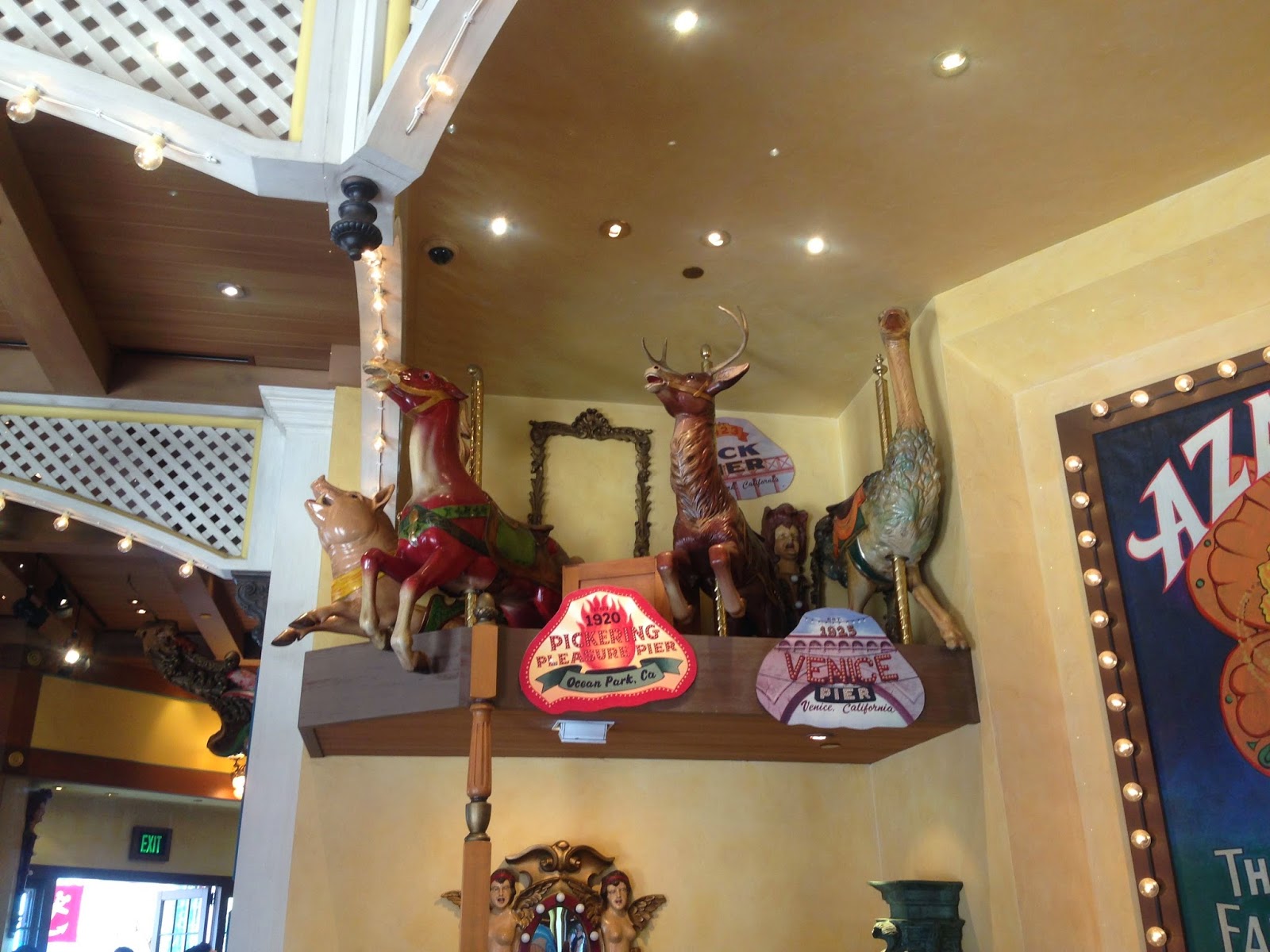 when i came back out, the bean was happily tucking into her cup of soft serve. 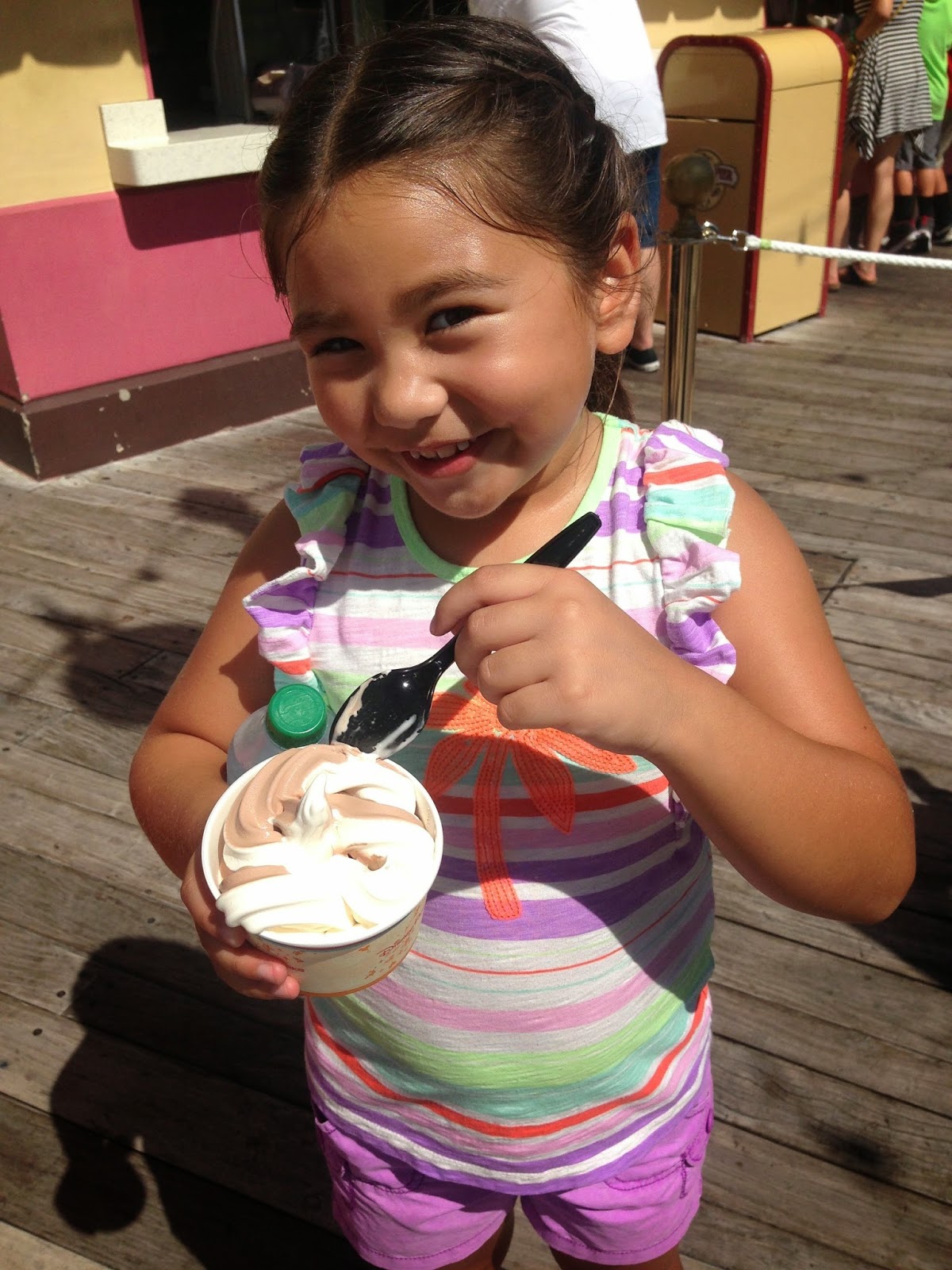 we even caught a glimpse of duffy the bear, who was making his final appearance at the parks before being shipped off to disneyland tokyo.  i think he's got a much bigger fan base in japan than he does here. 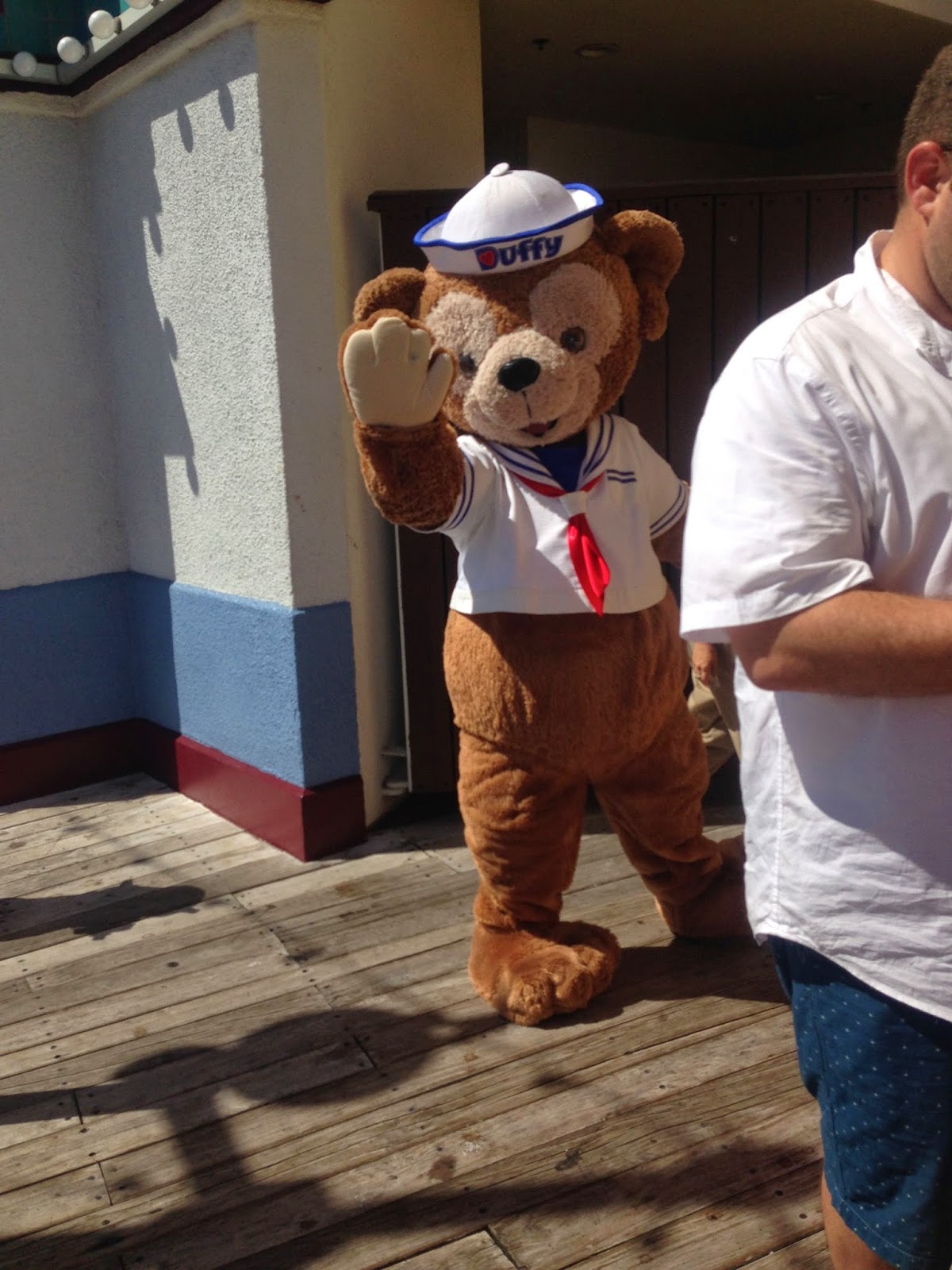 i think the hub's ice cream cone was about as tall as he is. 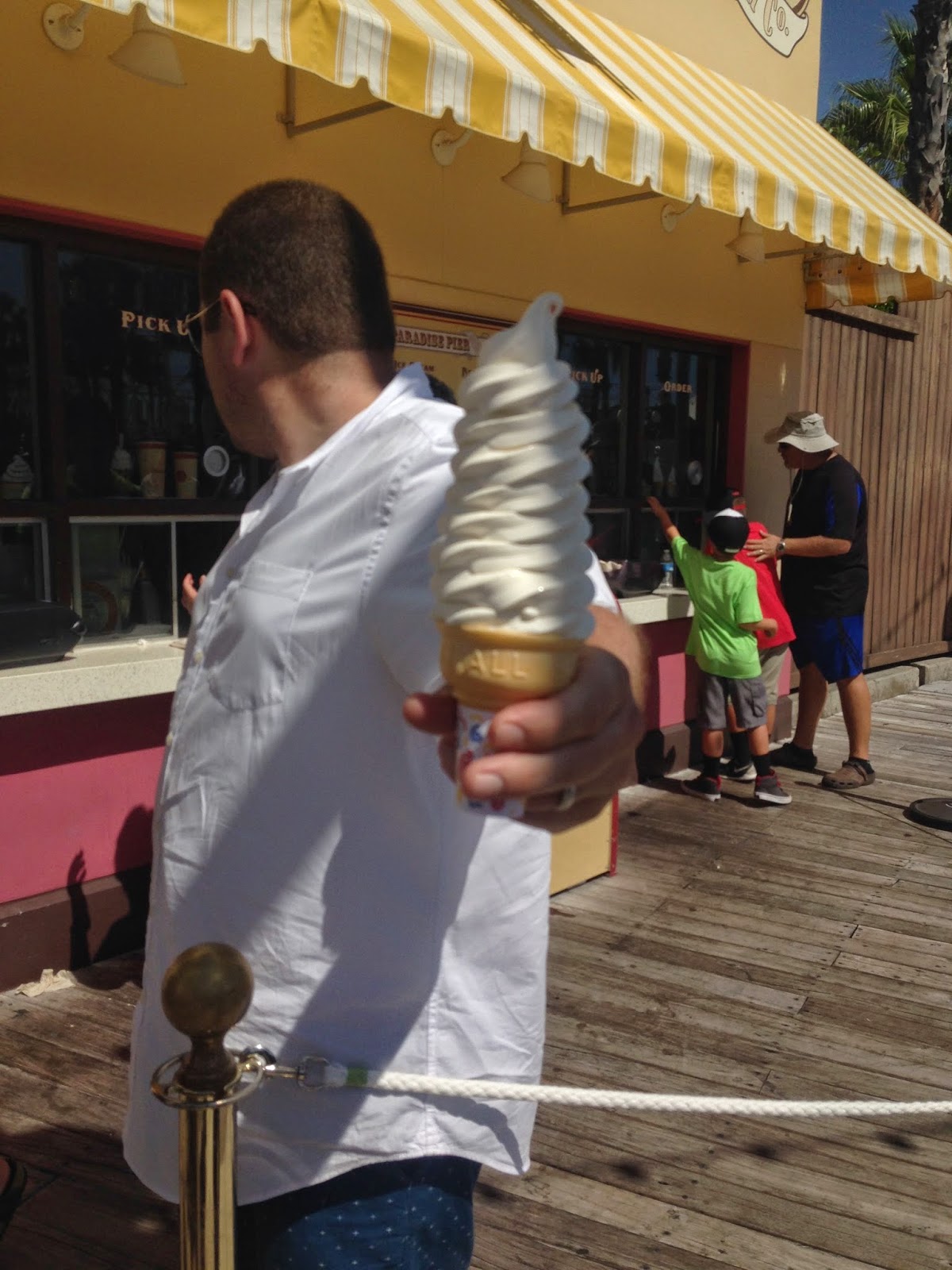 and then we were outta there.  it was a short and sweet visit, but we managed to get onto some fun rides, enjoy a lovely lunch, and even walked it off.  not too bad, not bad at all.
at September 16, 2014

Email ThisBlogThis!Share to TwitterShare to FacebookShare to Pinterest
Labels: disneyland, the hub is the best