a few months ago when registration for disneyland half marathon weekend opened up, the old lady asked me if i minded signing up for the 5K so that she could finally get a taste of the rundisney magic for herself.  having always been a spectator, she wanted a chance to participate and run through the parks and backlot areas like i've gotten to do so many times.

now, i'm definitely no 5K snob.  hell, it's my most favorite race distance because it's quick and easy.  not to say that i'm fast by any stretch of the imagination, but it's just a great distance that's enough to get a good workout in and not be dying at the end of it.  but those rundisney races are pricey, man.  it was $75 plus some bullshit tacked-on fees per person, and the 5Ks have traditionally offered a rubber medallion like the ones handed out at the kids' races.  i registered the two of us anyway, though, because i wanted her to have the experience even if we did it just once.  and then we found out that this year, they finally wised up and changed the finisher's medal to a real, metal, heavy medal.  excellent.

we'd originally planned to drive down super duper early on the morning of the race - the friday of labor day weekend, as it is every year.  but as we gave it more thought, we decided to see if we could score a room in a nearby off-property hotel at the last minute.  luckily, we managed to find one at the carousel inn, located right across the street from the east shuttle area off of harbor boulevard.

after getting the bean all squared away for the evening with the old lady's friend rock-ell as her babysitter, we made our way down to anaheim and to the disneyland hotel to pick up our bibs.  we got there an hour before the expo closed, and the downtown disney parking lot was completely full.  i was prepared to just suck it up and pay for parking in the hotel parking lot, but when we pulled up to the gate the cast member waved us on in after telling us that we had a 45-minute free grace period to grab our bibs and hit the expo.  sweet. 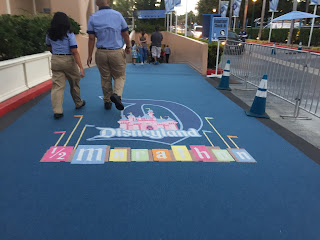 the lateness of the hour meant no lines to wait in.  bonus! 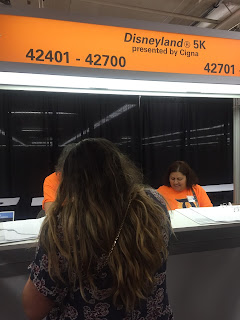 we even had the chance to get a close-up look at the special dooney & bourke handbags created just for this year's half marathon weekend.  really cute design: 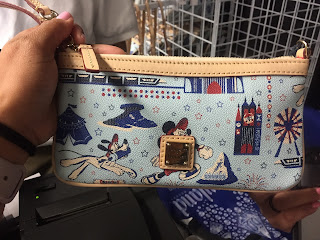 with bibs in hand, we headed up to the expo entrance.  it was really fun to do this with the old lady as a participant this time, instead of it being just me. 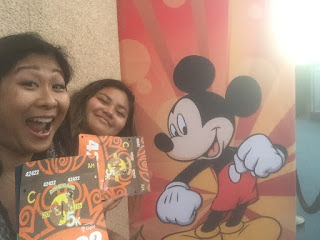 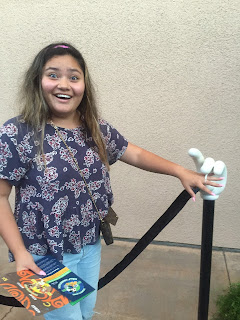 wandering around the expo is always a good time.  we stopped at the clif bar sampling booth: 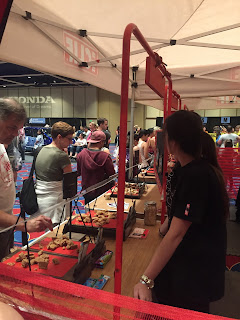 paused to check out the sparkle athletic goodies: 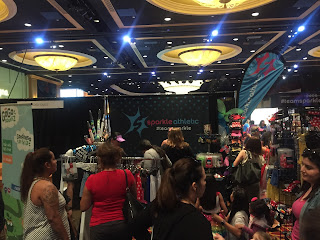 spun a couple of wheels and won some free stuff: 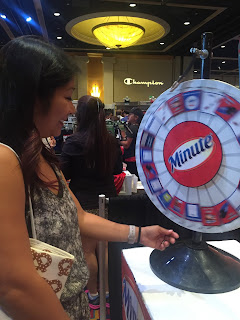 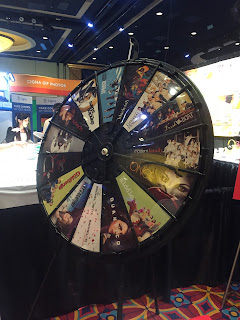 giggled at some of the silly t-shirts for sale: 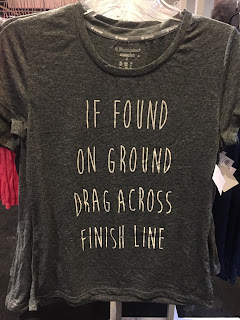 and even got to pose with a real live emmy statue. 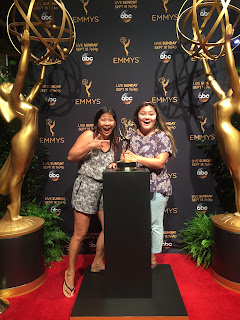 with just a few minutes left of the expo, we walked right into the official merchandise area.  there's usually a crazy long line to get in, and of course it happened to be the one time i had no interest in buying anything.  even though some of the shirts were really cute, i held strong and didn't make a single purchase. 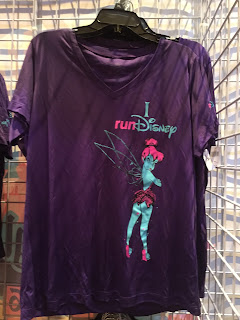 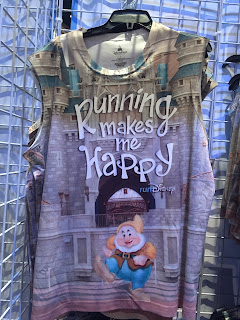 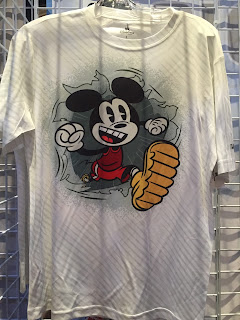 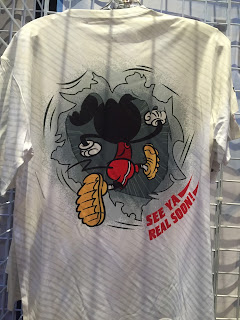 you can even buy banners from past races. 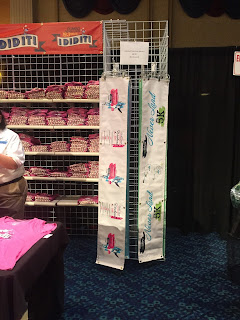 the wine glasses are usually a pretty hot ticket.  maybe that really only applies to the tinkerbell and princess-themed races, because there were tons of them still for sale. 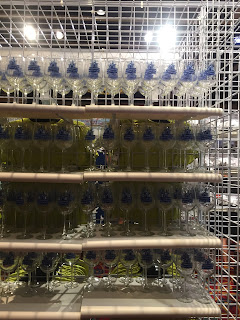 i asked the old lady if she wanted a magnet to commemorate her run, but she declined. 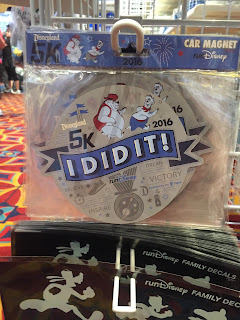 i did get her to stop for another fun photo op with me, though:

and then we headed out and found our way to our hotel, where we checked in and dropped off our bags before going downstairs to grab some dinner. 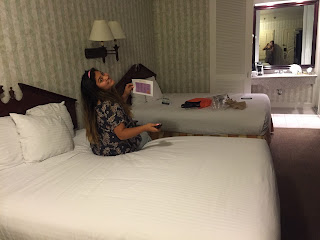 with a crazy early start the next day, we got ready for bed and passed out almost as soon as our heads hit the pillows.  so much fun, and even more so with a buddy.  i wish i could talk her into doing a disney half with me.  maybe one day.
at September 16, 2016