twitter came through for me again a few weeks ago when i came across something that sounded super fun: 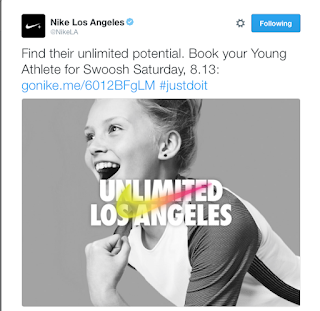 i'm always looking for opportunities for the bean to try her hand at various activities and sports, and this was a free event that i thought she might like.  so i booked a spot for her and then we headed out to the grove one early saturday morning to check it out.  we arrived about 20 minutes early and found that the nike store was already bustling with activity. 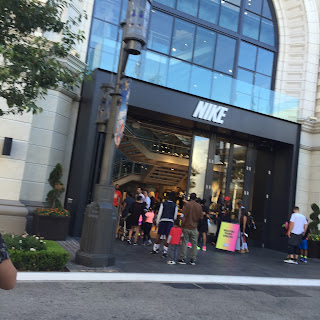 while we waited to check in, i got her to pose for me.  as much as i thought she would enjoy this, she was actually pretty damn grumpy to have been dragged out so early while still on summer vacation. 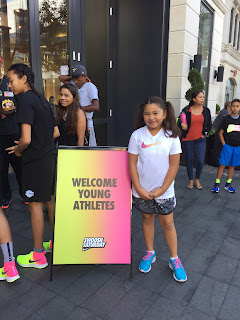 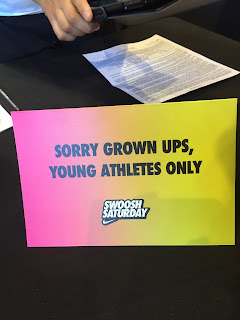 she got a free t-shirt and a wristband (which she actually despises because she hates having stickers on her skin, and people always manage to get a piece of it stuck on her), and then she got to put on a really cool pair of nikes that i would've loved to snag for her if not for the $150 price tag. 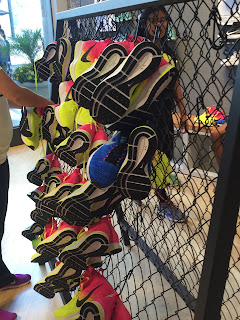 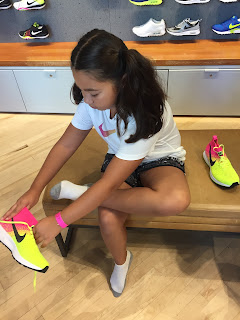 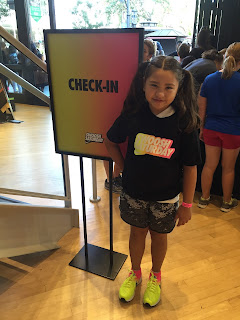 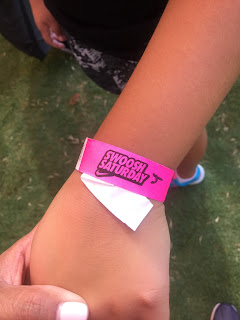 all the kids gathered near the stage as a nike staffer welcomed them and gave them the lowdown on what they'd be doing during the hour-long event.  they were going to break up into several groups and take turns going through a few different stations where they'd focus on basic skills in soccer, basketball, and running. 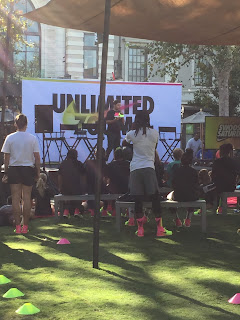 then they introduced the cast of "the kicks," a new tv show on amazon about a girl who moves across the country and has to adjust to a new school and try to make it onto their soccer team.  the cast was going to be playing right alongside the kids. 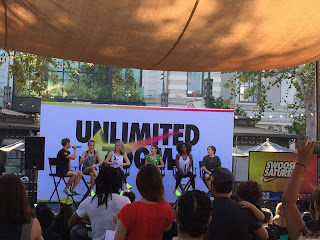 they ran a couple of laps to warm up, and i avoided the bean's gaze as she totally shot me the stink eye.  running is not her favorite thing. 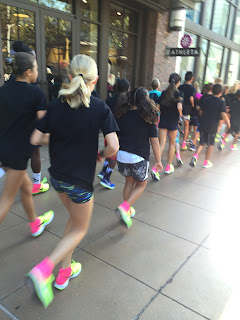 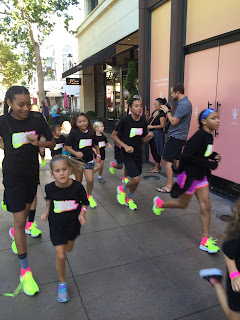 the first station was a relay race where they took turns running, skipping, and running backwards. 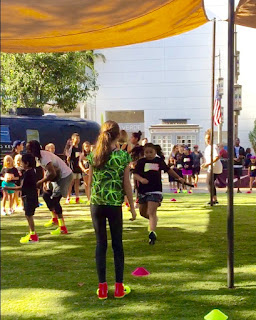 then she moved on to the speed zone, where she was timed as she sprinted for what looked like 100 meters or so. 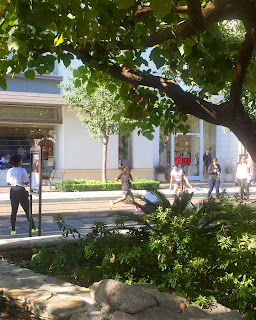 and then on her second try she got to jump over the hurdles. 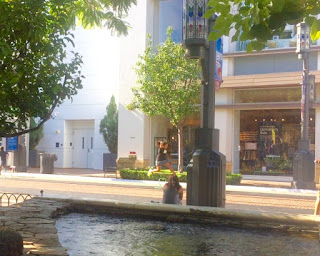 soccer drills were next: 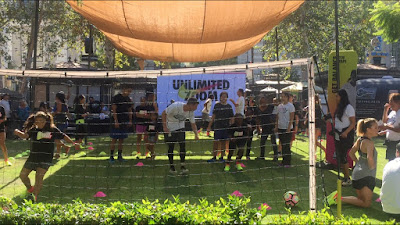 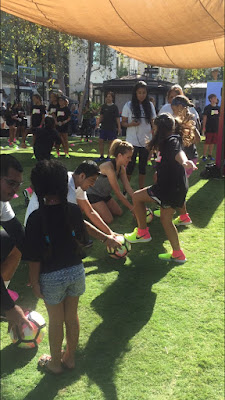 here, she got to see how high up she could jump.  the answer:  not very.  heh. 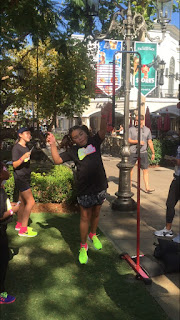 last but not least, she got to run through a few basketball drills before sinking a basket on her very first try. 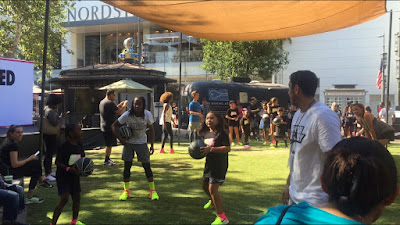 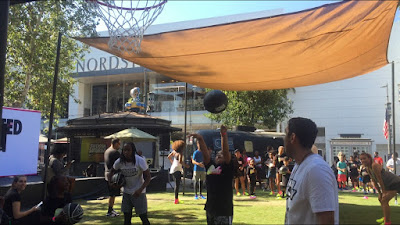 the very last thing was a big ol' group pic.  i couldn't find her for the longest time, but when i did...well: 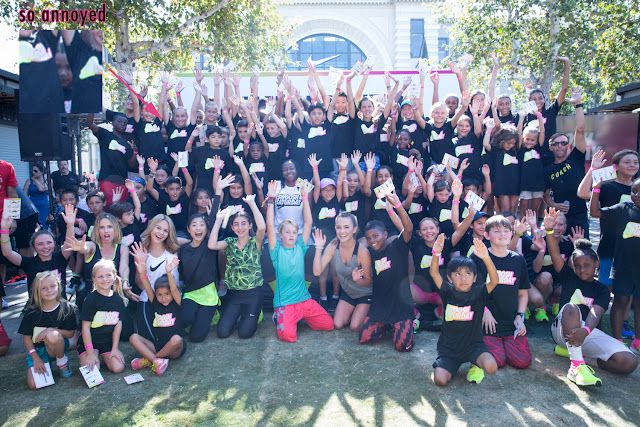 i'm still laughing at that, by the way.  she was so grumpy, but grudgingly admitted later that she'd actually had fun going through the various stations.  i KNEW IT.

when it was all over, they all lined up for some grub - nike-shaped waffles with all sorts of tasty toppings. 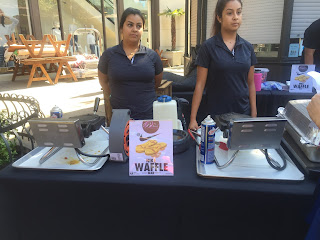 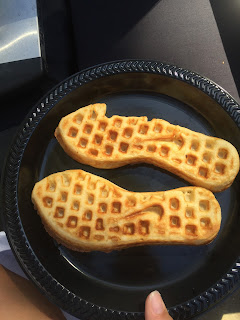 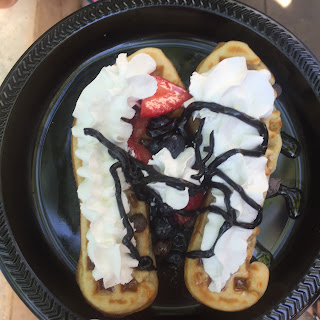 she also received a $10 amazon gift card, but had to give back the shoes.  heh.  that's okay, though.  she was totally happy with her waffles and i was a fan of her free t-shirt.