still trying to be a mermaid

sometime before school started, i spotted something that looked pretty cool and fairly easy to duplicate - a variation of those mermaid tail blankets i was making all winter long, only this one was made of slinky, stretchy, shiny fabric.  and even better?  you can swim in it!

i took some measurements of the bean, drafted a basic pattern and went for it.  i gave her a choice between silver and purple, and this is what it ended up looking like: 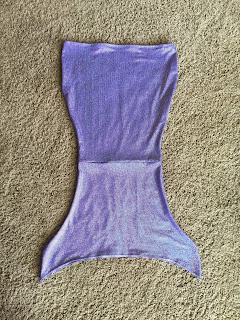 since we don't have a pool, she hasn't gotten to test it out in the water yet.  summer is officially over, but the temperatures are still forecasted in the low 90s around here for at least the next ten days.  someone needs to invite us over for a pool party.  heh.

but then she was invited to a birthday party, where partygoers were encouraged to dress like a pirate or a mermaid.  and because the bottom of this tail is open, she can walk somewhat easily while wearing it.  so i had her bust out the t-shirt she'd worn for pirate night on the disney cruise, braided her hair while it was still damp to make it all wavy, and she got to be a pirate AND a mermaid.  with her permission, i wore my shirt too. 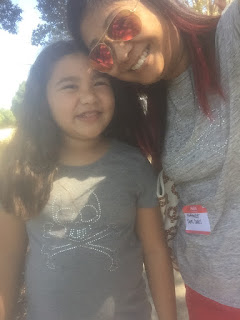 the party was in a local hall, the same one we'd used for our bridging ceremony when our daisy scout troop became brownies.  but it was all dressed up for the occasion, and the birthday girl's mom had done an outstanding job with the decor. 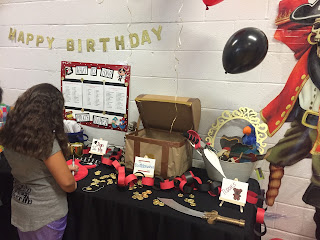 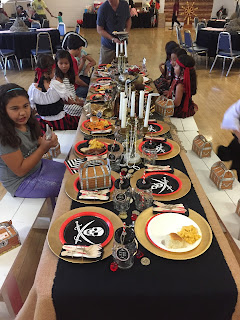 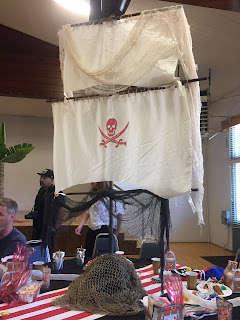 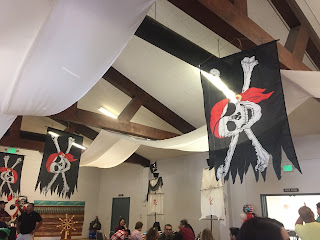 there was a candy buffet too: 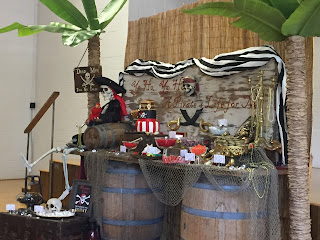 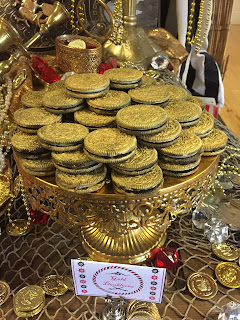 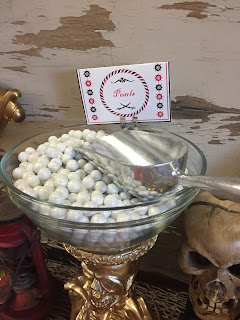 about an hour into the party, after most folks were all done devouring the bbq catered by the new dickey's that just opened in town, the pirates arrived. 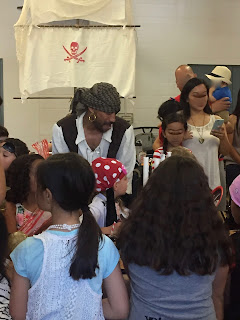 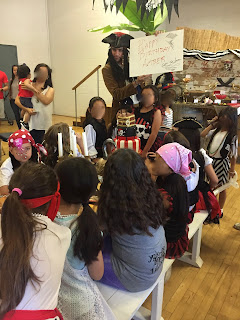 they kept the kids entertained and occupied with lots of games and a treasure hunt and fun stuff like that.  meanwhile, i munched on sweets from the candy buffet and enjoyed my very first macaron ice cream sandwich: 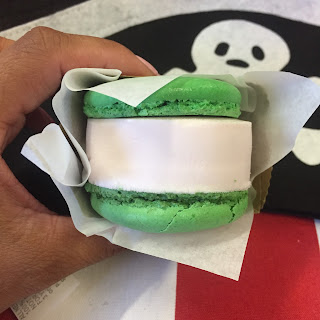 they all went home with a fun goody bag, a skull-shaped glass mug, and a certificate that declared each of them honorary pirates. 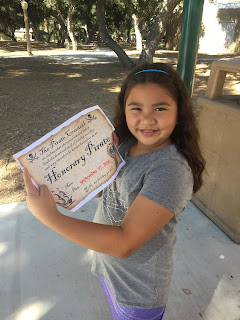 sometimes i kind of miss throwing the crazy pinterested-out parties like that, with all of the decorations and food and everything centered around a basic theme.  it's pretty fun to get all that stuff ready and see it all come together on the big day.  but then i think about the long hours of prep.  the late nights spent assembling this and that.  and then getting up at the crack of dawn on party day to get it all laid out just so.  not to mention the crazy blur of the party itself, where you're so busy making sure everything stays perfect that you don't get to enjoy any of it for yourself.

Email ThisBlogThis!Share to TwitterShare to FacebookShare to Pinterest
Labels: everybody wants to be a mermaid, the bean is a party animal