it never gets old

whenever the hub wants to throw a fight night party with all of his old man friends, we get to pick a hotel for the night.  we score a sweet little getaway and avoid all of the cigar smoke and cheering and yelling and stuff, and he gets to have his fun without us in the way, cramping his style and stuff.  heh.

the old lady and i searched and searched for a cool hotel with a great pool and stuff, but it seemed that everything we liked was either booked solid or super pricey.  and so we decided to do what comes naturally - we picked a hotel in anaheim within walking distance of disneyland instead.  the plan was to check in, hang out at the pool and then walk over to have some dinner inside the park.  the next day, we'd get up early and head back over for rope drop and pack in as many rides as we could before heading back home to get ready for the week. 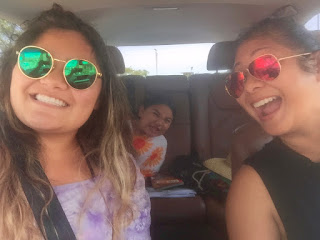 we ended up here, just a 10-minute walk away from the gate: 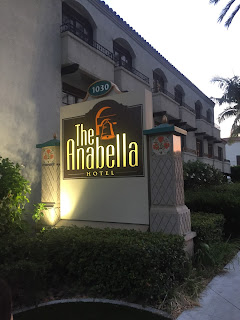 since we'd arrived a little early and our room wasn't quite ready, we headed straight to the pool.  the bean was super excited to jump in and get her swim on. 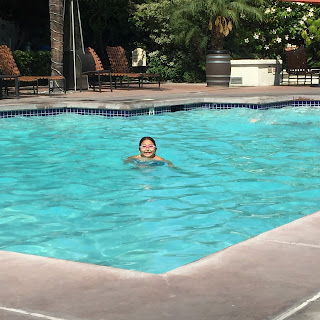 when it was time for check-in, i left the girls to keep playing while i went in to grab our keys.  of course, everyone else had the same exact idea. 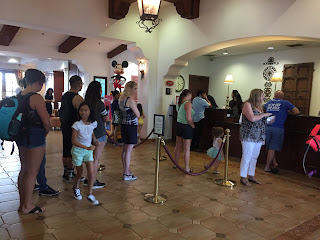 our room was pretty nice.  it was spacious, although rather oddly laid out.  and definitely a bit...dated.  when we walked in the door, this is what we saw first: 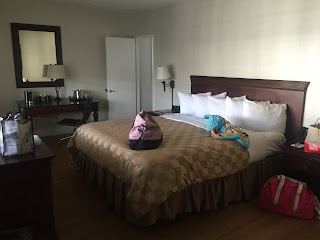 that door in the corner led to a tiny room with a day bed and a small sitting area with a chair and armoire. 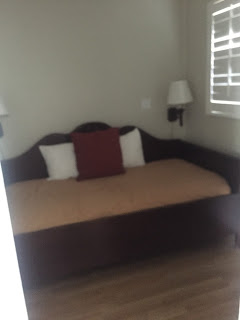 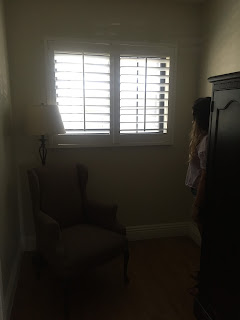 the other side of the room was claimed immediately by the bean once she spotted the bunk beds and her own tv, something she doesn't have at home. 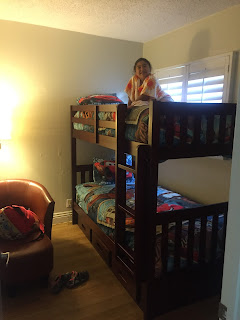 the bathroom was decent. 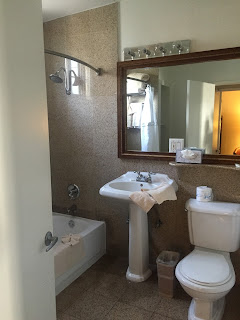 we spent some time relaxing, watching tv and dozing off a little.  i'd gotten us a reservation at the carnation cafe on main street, and we got dressed and walked over. 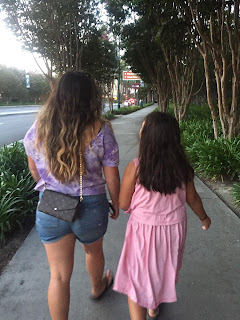 the best thing at carnation cafe, by the way, is this little basket of fried dill pickles. 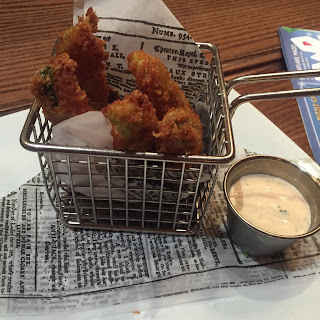 the rest of our dinner was pretty blah - burgers, chicken, meatloaf.  nothing special, but it was tasty and filling, and we capped it off by sharing a hot fudge sundae. 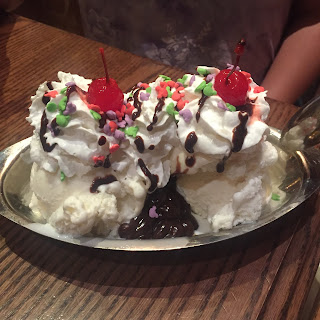 the next morning, we arrived at the gate to disneyland just after 8. 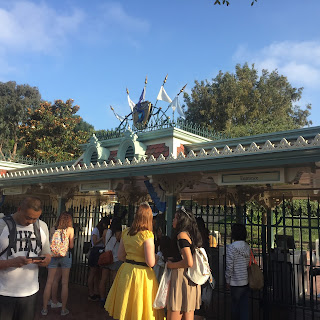 what we hadn't realized, though, was that unlike during the last few months, the park didn't open until 9.  womp womp. 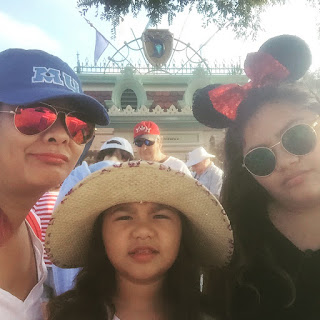 they started allowing guests to enter about half an hour later, and we paused for a quick selfie as we headed inside. 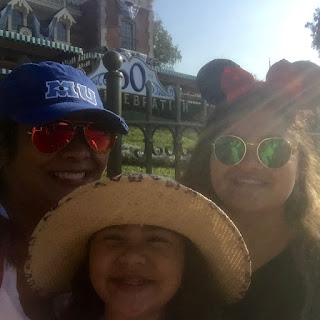 it was even too early for starbucks, but we knew they'd open soon so we joined the growing line for some caffeine. 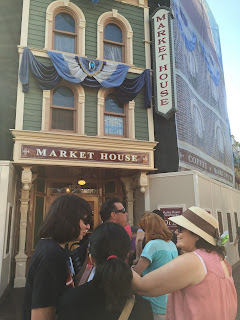 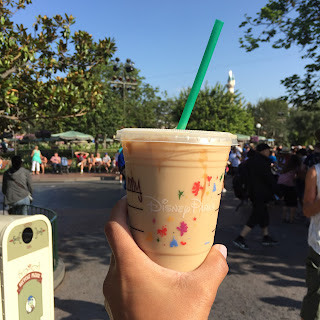 as soon as the "welcome to disneyland" announcement was over, we made our way straight through tomorrowland and grabbed fastpasses for hyperspace mountain.  with an hour and a half to kill, we found ourselves sitting down to a delicious breakfast of blue french toast with eggs and bacon. 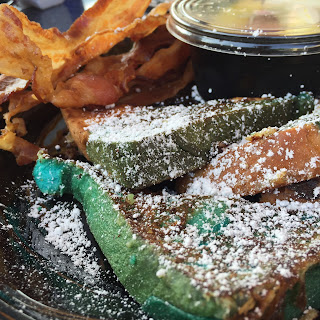 afterwards, as we strolled around looking through the star traders store, we realized that the bean had unfortunately chosen a chair that had been shat on by a passing bird.  how convenient that we happened to be in a store full of fun star wars t-shirts that she'd been admiring. 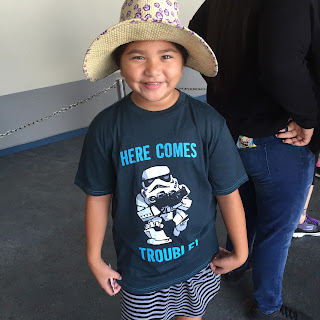 it got pretty crowded, but we managed to get onto a bunch of fun rides - hyperspace, indiana jones, matterhorn: 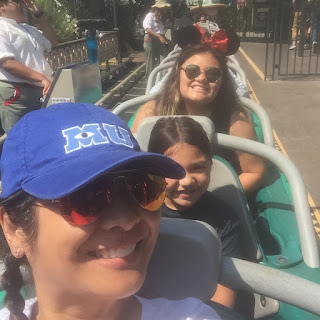 SaveSave
and then we headed over to california adventure to take the bean to the new "soarin'" ride, plus a stop at the tower of terror before we decided to call it a day and headed home.  the hub was happy to see us after a long night of partying hearty with his friends, and was just finishing the clean-up when we pulled up.

maybe next time we'll head down to san diego or somewhere different.

who am i kidding?  we all know we'll totally end up at disneyland again.
at September 12, 2016