what's wrong with being confident?

the old lady's love for nick jonas never dies, guys.  when he and demi lovato announced their joint tour months ago, we hopped right online and bought tickets for their show at the honda center.  and with the hub taking my usual place at back to school night, we headed down to anaheim to spend a little time with her guy. 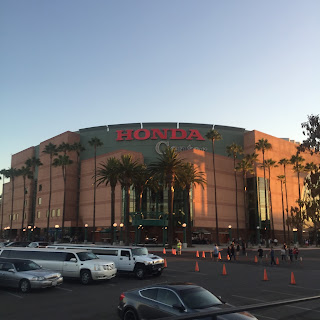 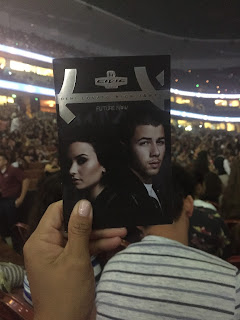 it'd been so long since we bought those tickets, so we'd totally forgotten that we'd selected floor seats for this show.  the opening act was mike posner, who we weren't all that interested in, and we walked in just as he was finishing up his set.  our seats weren't bad, although i always forget how much it sucks to be on the floor.  if you have tall people in front of you, you're screwed. 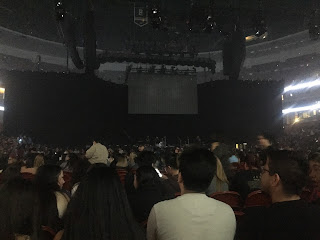 we would've had a much better view had we chosen regular seats, even if off to the side a little.  bah. 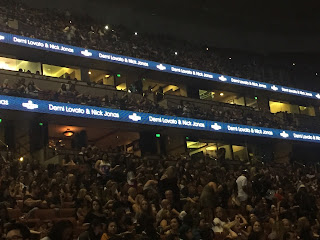 whatever.  we were just happy to be there. 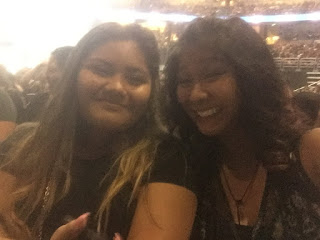 as we peoplewatched and waited for the show to start, we caught sight of a familiar face passing by.  it was john taylor, who was the lead guitarist for the jonas brothers back in the day.  yeah, i'm slightly ashamed that i totally recognized him before the old lady did. 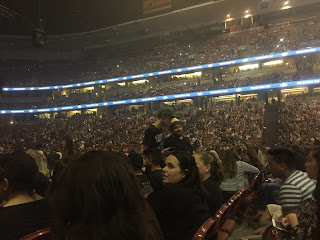 and then the squealing and screeching and clapping got incredibly, almost unbearably loud as the lights went down and the show kicked off with mr. jonas himself. 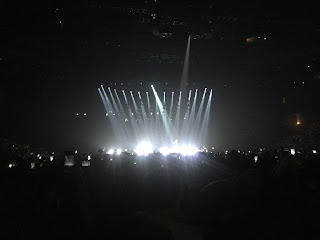 he sang a lot of songs from his newest CD, some which i recognized and a lot that i didn't.  and this was about the best view i got of him. 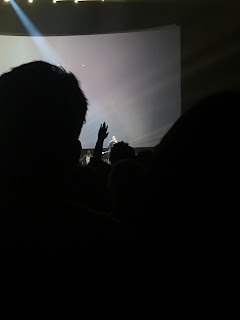 every now and then we'd be treated to a better view of him on the screens. 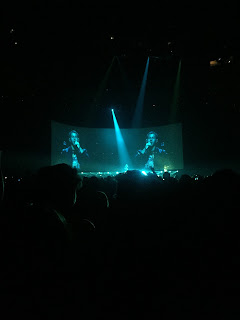 as much as i'd thought the crowd was loud for nick, it got about four times as much for demi.  i gotta say, she looked fantastic and sounded even better.  girl can SANG. 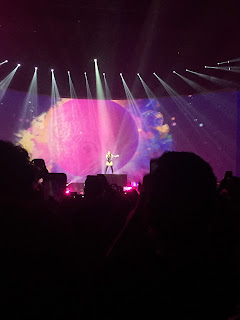 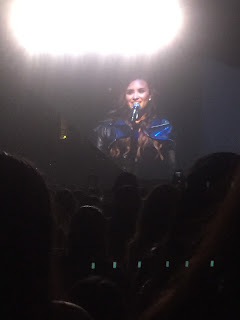 oddly enough, nick brought out 2chainz as a special guest.  super duper random, and it was pretty amusing watching the older ladies in the crowd as they watched and listened with the most confused, puzzled looks on their faces. 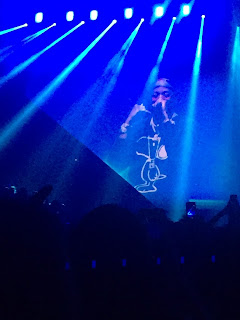 when the show was over, we made our way out past the honda civic as customized and autographed by demi and the honda motorcycle done up by nick.  they're doing a giveaway for these things, by the way. 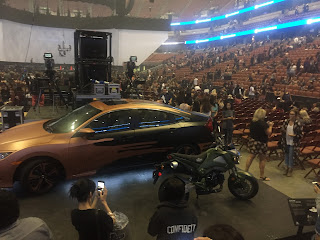 we'd had a fun evening together, although we were both pretty much deaf by the end of the night.  we're both such old ladies.

oh, and i did pick up at least one piece of merchandise: 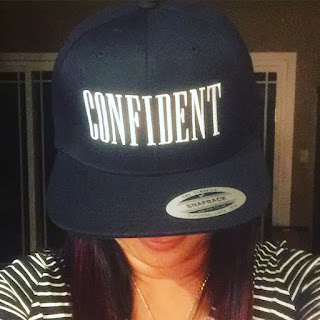 Email ThisBlogThis!Share to TwitterShare to FacebookShare to Pinterest
Labels: date with the old lady, nick jonas