the hub surprised us one saturday morning when he got up and said "you know, i kinda miss disneyland.  i think we should go today and ride some rides!"

he's the lone wolf in this family with the fact that amusement parks aren't really his thing.  he happily buys our disney annual passes every year knowing how happy it makes us, but he hasn't bought one for himself in ages.  but we weren't going to give him any time to change his mind, and so we bought him a one day, one park ticket online and hopped in the car to head down to anaheim.

given the choice between the two parks, he decided he wanted to visit the california adventure.  the old lady and her special friend were already there, celebrating their 2-year anniversary, albeit in the disneyland side of the resort.  and so when we got there, we took this and sent it to them so they'd see what we were up to for the day. 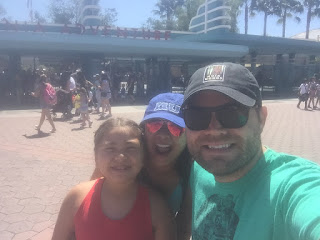 because daddy was there for a change, the bean took advantage and managed to squeeze an ice cream cone in right as we went through the turnstiles. 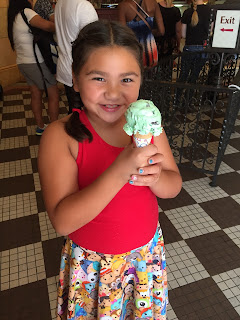 and then while she spent some time running around through the redwood creek play area, we hung out and took selfies.  you know, the usual. 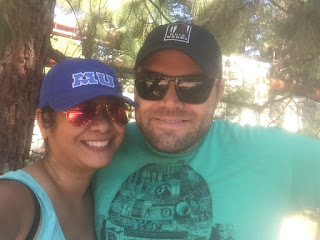 the bean is no stranger to photo ops, either. 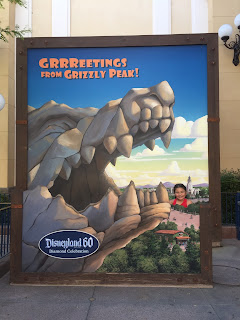 it was a really warm day, and without the old lady to complain about not wanting to get wet, we talked the bean into going onto the rapids ride.  she's always pretty leery of it because of the sizable drop you can see when standing near the ride, but she sucked it up and off we went. 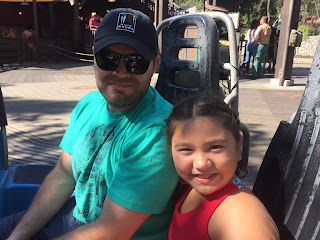 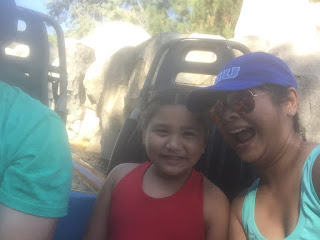 we managed to get just a little bit wet, which made everyone happy.  next up, tower of terror.  the ride is going to be closed down at the end of the year for a while as they work on re-theming it to "guardians of the galaxy," and so we're trying to ride it as often as we can while we can.  i was a little surprised to hear singing coming from inside, and we found this group performing for the crowds in line. 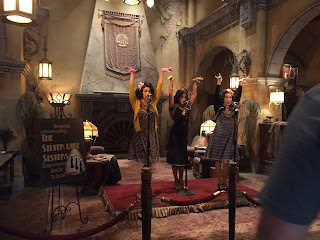 the bean's expressions always crack me up on this ride. 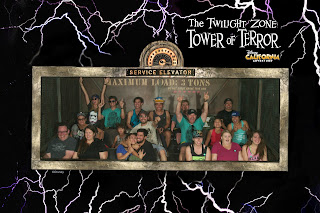 in cars land, we headed right for luigi's rollickin' roadsters.  it's a cute little ride that rarely has a long wait and he'd never been on it, so he let us drag him there. 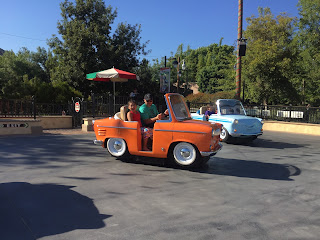 radiator springs racers always has an insane line - usually around 60 minutes or so.  but the single rider line often goes much faster than that, and since the bean is okay with riding it solo we usually go that route.  we got lucky this time though, because not only did we get placed in the same car but the family we were sitting with decided to rearrange, letting us sit together. 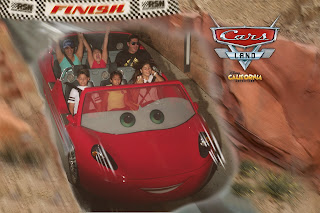 we caught the second half of the pixar play parade, which we hadn't watched in forever. 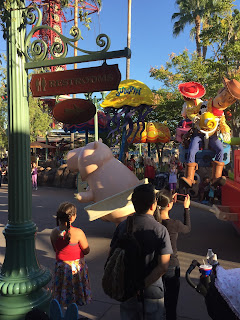 and the hub decided to grab himself an adult beverage...or two. 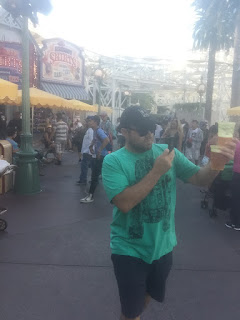 it was fun to watch them together as the bean soaked in the experience of having her daddy at the 'land. 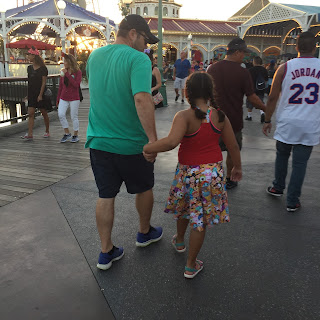 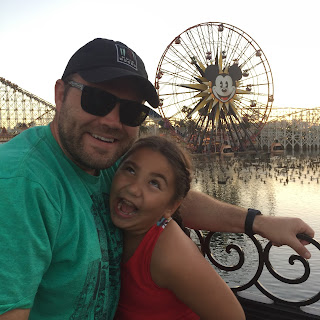 she took this for us...and a few more. 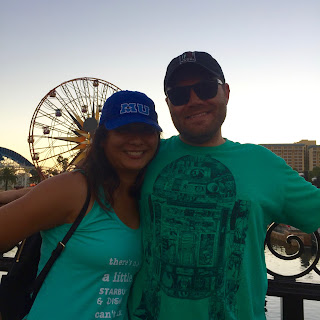 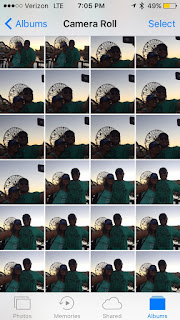 for dinner, we'd made a reservation at wine country trattoria.  the hub was a little less than impressed with his "flight" of wine. 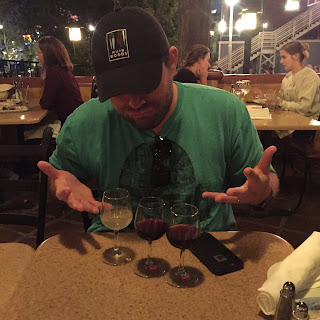 and then on our way out, we stopped at the lego store in downtown disney.  i'm not gonna lie, i would kind of love this disney castle set.  don't know where we'd put it, but it sure would be fun to put together. 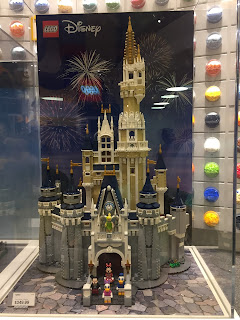 we sure do love unexpected disneyland days with the hub.  maybe one day he'll get a pass again...but probably not.  heh.
at September 29, 2016

Email ThisBlogThis!Share to TwitterShare to FacebookShare to Pinterest
Labels: disneyland, the hub is the best

have you attended a candlelight concert?  live musicians perform covers of popular songs in a venue illuminated by hundreds of flickering ca...