don't be a freeloader

okay, confession time:  the old lady has had the worst craving for just a little bit of peanut butter frozen yogurt for a solid week.  and yes, i know we're supposed to be doing this whole clean eating diet thing.  but yesterday was "international frozen yogurt day."  and yogurtland happened to be giving away a free self-serve cup right around the time that we dropped the bean off for her hula class - which also happens to be in the same shopping center as the dance studio. 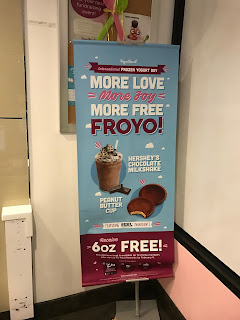 of course, there was a line that wrapped around the exterior of the store.  but it looked worse than it was, mostly because they were just trying to control the number of people inside the store so that the crowds were kept to a minimum.  and as we waited outside the window, something inside caught my attention.  this grown ass woman was standing at the yogurt machines serving herself the most ridiculous amount of frozen yogurt, basically piling it as high as she possibly could to take full advantage of the freebie. 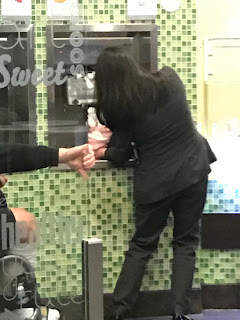 come on.  that's ridiculous, right?  and when she moved to the toppings counter, the guy standing next to her totally did a double-take. 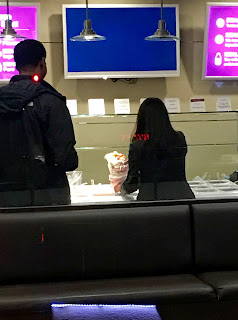 and then the employee who emerged from the back caught a glimpse. 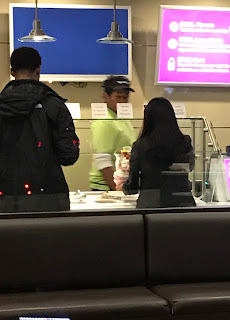 she wasn't the only one, though.  her companion was also attempting to squeeze in as much free fro-yo as she possibly could. 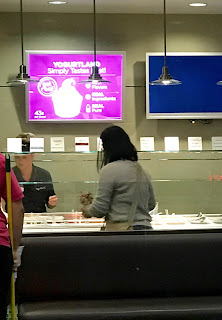 so okay, i'm all for fun freebies.  it's always awesome to get something just for showing up, right?  but i just couldn't get over how gross and entitled that was.  mr. yogurtland or whoever makes the decisions to do free events like that couldn't have had that in mind, and i would think that most people wouldn't be assholish enough to take advantage to the extreme.  and what sort of example does that set for kids?  maybe i'm being a tight ass or a prude or whatnot, but my pearls were firmly clutched in my hand as i watched this all go down.  i may or may not have had a vision in my head of them tripping on their way out of the store...but the old lady said i was being a dick, so i tried to stop laughing at it.

once they left, it was finally our turn to go inside for our free treat.  we were handed our specially sized cup for the occasion: 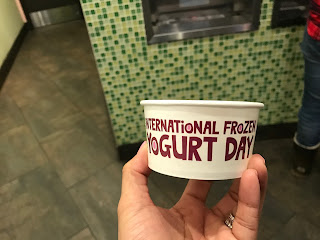 and i headed straight towards the featured flavor. 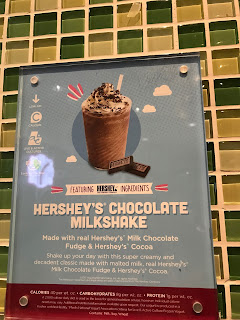 i added a few dark chocolate chips to my small swirl and headed to the register to accept a spoon from the smiling employee who was standing there. 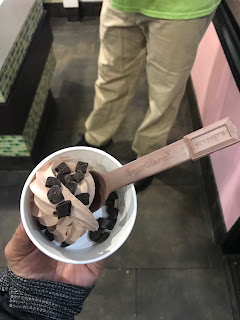 as i waited for the old lady to join me, i chatted a little with him and commented on the two women who had just left.  he said that they were well known at the shop, as this was the third year in a row they'd been there for the free yogurt day and had done the same thing.  i asked if there were others who took advantage to that extent, and he said he'd seen about five or six people that evening.  and mind you, the free yogurt was only available from 4:00 till 7:00.