okay, so it's only been three days of this clean eating meal plan business and i'm already finding areas that are going to need some tweaking.  like, there are a couple of meals that have a pretty big gap between them...i'm talking like 4 hours.  and there aren't any snacks included in there, so it's making me want to reach for something bad, like chocolate or chips.  i'm going to give it a few more days and if it's just not working i'm going to head back to the shop and see if there are any modifications we can make so i don't end up stuffing my face in frustration one of these days.

i gotta say, though, that the food i'm getting to eat is really good.  i feel better about it overall since i'm cooking it all myself and it's fresh and delicious and cheaper than going out.  and i finally got to try out the new cast iron pan i picked up at target a few weeks ago: 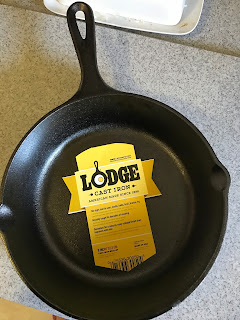 and that ghee.  i'm finding myself using it for a lot of things, and it adds great flavor. 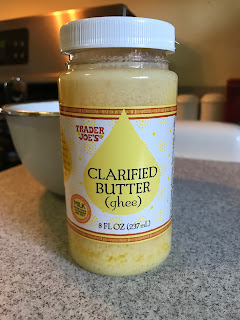 i love yogurt, but it's usually sweetened in some way, like honey or something like that.  my favorite has always been the whole milk greek yogurt with honey from trader joe's.  but with this meal plan, i have to go with the plain, unsweetened, unflavored stuff.  i was a little hesitant, but i decided to try it with some low sugar granola, some sliced almonds and shredded coconut. 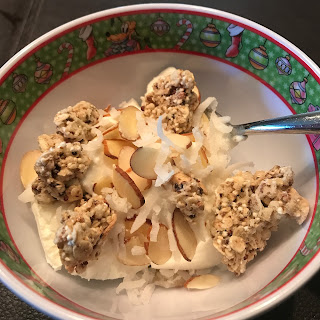 i dig it.  it's a little tart, kind of like the pinkberry yogurt i love (but haven't had in a long time, hmmm).  and the granola and other mix-ins add a tiny bit of sweetness and a nice crunch, and the yogurt itself is pretty thick and filling.  me likey.

other meals i'm enjoying are pretty basic, like grilled salmon or oven-roasted tri-tip with a heaping mound of arugula dressed with a little olive oil and some sea salt. 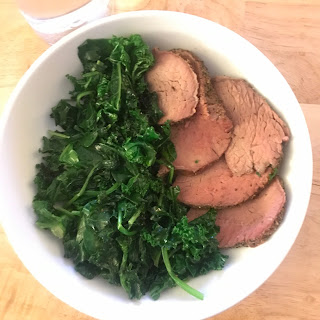 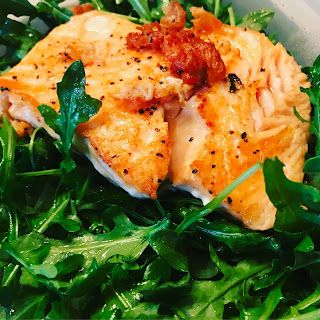 and while dinners don't allow for any carbs, we can fill up on as many veggies (excluding corn and carrots) as we want.  and then we get to top it off with a handful of almonds.  yum. 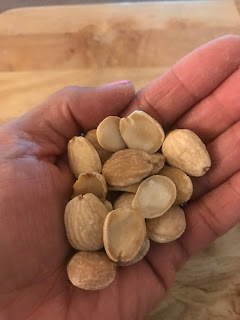 okay, so yeah...i'm dying for the next week and a half to go by fast so i can weigh in and see if this shit is actually making a difference for me.  it better, or i'm going back to my chocolate.
at February 03, 2017