yet another new craft-y challenge, accepted!

i have a friend who regularly tosses me random crafty/bake-y challenges.  it all started off with bags of mini chocolate chip cookies for 50 people. there have been dozens and dozens of gingerbread man cookies.  and most recently, she had me do those snowman pops and then the stocking out of her daughter's cheer uniform.  every project has been fun, and i think i've actually managed to learn something new with each one.

so when she came to me last week asking if i could make a couple of wooden signs for a work event, i said yes.  mind you, i've not really done much work with wood, aside from painting a precut piece from michaels with chalkboard paint that we use every year for the bean's first and last days of school photos.  oh, and i guess there was the pegboard i'm now using to keep my sewing supplies organized. but still...i'm not very good with power tools.  most of them scare the crap outta me.  not to mention that home depot always overwhelms me and i hate going in there for anything.  blech.

but after an unsuccessful trip to michaels in search of precut sign pieces, i had to suck it up and go.  after talking to the hub and figuring out what i'd need, i walked into home depot and headed straight to the lumber department.  quickly observing my deer-in-headlights look, an employee came over to ask if i needed any help, and when i showed him what i was trying to do he kind of shrugged his shoulders and mumbled something about looking in the gardening department.  i circled that area a couple of times, finding nothing that i needed, and left in frustration.  i texted the hub, who chuckled at my helplessness and said he'd help me that evening.

of course, he figured out exactly what i needed within 5 minutes of walking into the damn store.  YARG.  although he wasn't able to get the employee to make the cross cuts into the wood for us, which meant that we were going to have to do it ourselves.  and so when we finally had a bit of time to work on it, we headed out to the garage where he proceeded to pull out the serious power tools. 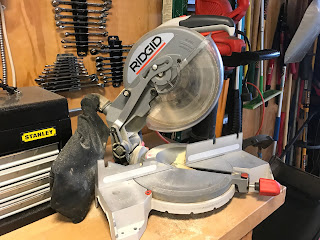 as much as he gives me shit for all of my sewing and crafting equipment, homeboy has quite the variety of power tools and accessories of his own.  obviously i'm not complaining, since this means there's a lot of crap we can accomplish at home.  but i took one look at that saw and got that overwhelmed feeling all over again...especially when he got the wood plank all lined up, showed me how to turn it on, and made me do the cutting myself.  it was loud and noisy and dust was flying everywhere and it smelled weird, and he had to finish the first cut for me because i wasn't pushing down hard enough on the damn saw.  but when we were done, we were covered in sawdust and had two of these: 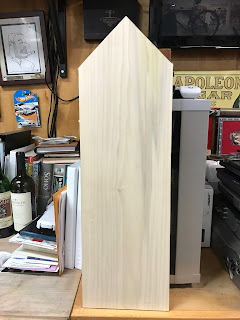 the posts we'd bought were really rough and needed to be sanded down.  after turning the whole garage upside down looking for some sandpaper, he pulled out a box containing this compact power sander that did exactly what i needed. 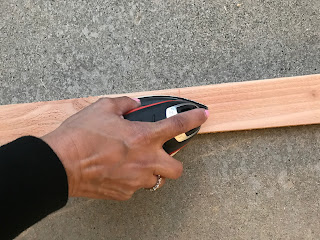 he had some of this stuff, which we considered using to attach the posts to the signs, but ended up finding screws and using the power drill to get the job done instead. 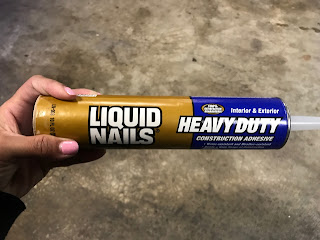 and...yay!  we were making progress! 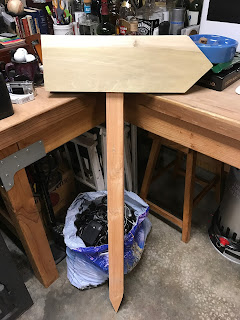 the next step was paint.  i laid out some trash bags on the floor in hopes of keeping the overspray to a minimum and used some painters tape to hold them down. 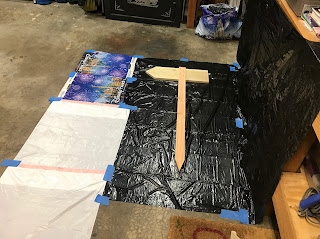 i realized i was wearing clothes i didn't want to get all messy and paint-y and went inside to change into something i didn't care about.  i added a pair of disposable gloves and old rain boots and, well... 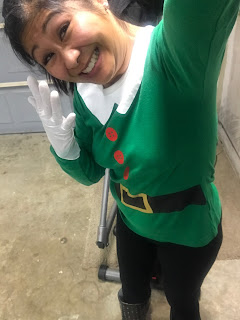 the first coat of paint didn't cover very well.  i couldn't tell if it was because i'm not good at painting or if the paint sucked.  in any case, i sent this picture to the hub at work and he said he'd pick up more paint for me. 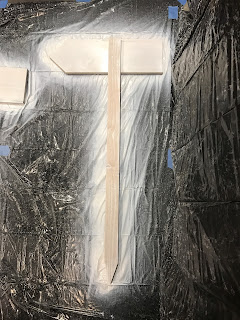 while the girls and i were at disneyland, he finished painting for me.  they looked much better with higher quality paint (and someone who knew what he was doing). 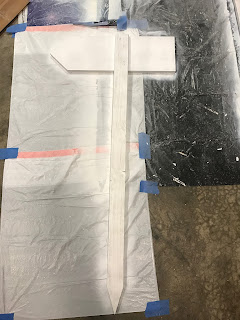 the last step was cutting out the vinyl letters.  i'd picked up a few sheets of permanent outdoor vinyl at michaels, and this was the easy part.  this i've done a bunch of times, although it's a little different from heat pressing.  i had to remind myself not to flip the letters as i typed them out on the software, and i had to remember to measure the sign and make sure i got the sizing right.  and then i realized i hadn't bought the right vinyl after all...what i had was indoor removable vinyl.  GAH.  after one more trip to michaels, i finally got the words cut out. 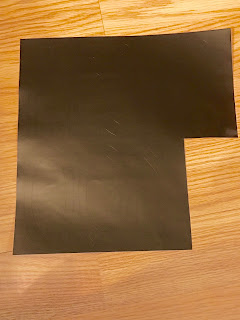 after weeding out the unnecessary vinyl... 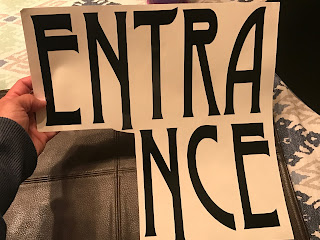 and then taping the letters together so that they were all in line... 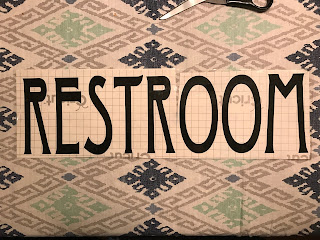 i peeled off the backing from my transfer tape, pressed it on, and pulled the carrier sheet away. 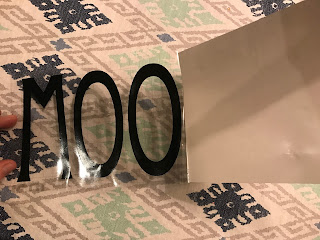 the hub helped me make sure they were centered properly on the sign, and then i started the transfer. 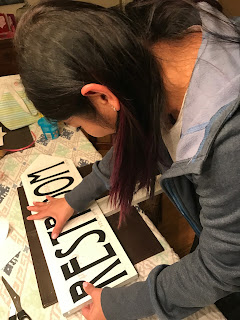 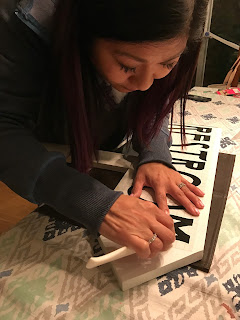 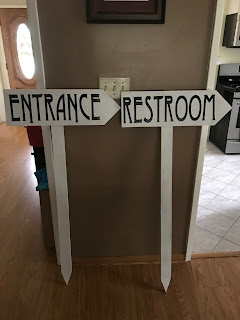 my friend was really happy with how they turned out, as was i.  and i found out that they're going to be used at a historic house in pasadena - remember doc brown's house in "back to the future"?  that's where they'll be!  i hope she gets a chance to send me some pictures, because it'd be super cool to see my work in such a well-known setting.

whew.  it was quite an experience, but hey - now i know i can do it if i get asked again.  maybe i won't even need the hub to help next time!  hahahahahahahahahahahahaha of course i will.
at February 23, 2017