so after missing last year's event because of - well, cookie season, we were able to attend the l.a. cookie con again this year.  the old lady's special friend joined us, and we headed out early-ish on sunday morning to see if we could possibly grab some breakfast at the original pantry cafe first.

except that a bazillion other people had the same idea, as we drove past and saw the line that snaked out door and around the building.  boo.  we pulled up yelp to get some other nearby ideas for somewhere to go and decided to head over to grand central market instead.

i love seeing what people do with some of the old buildings in the area.  like this: 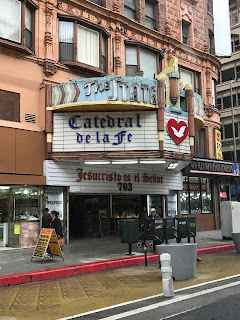 i'm glad they kept the original marquee and box office.  maybe one day someone will buy it and restore it to its former glory.

grand central market was busy with the usual line for eggslut that wrapped around the booth and then some.  i don't know if i'm ever gonna get to try this place, but at least there are other options to check out. 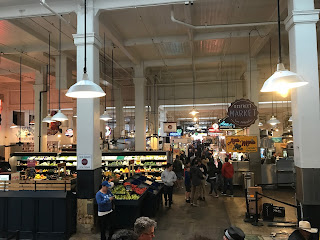 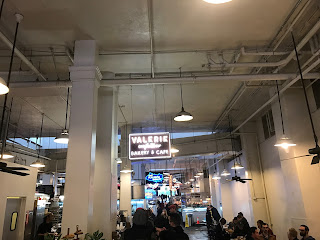 valerie cafe was the only other spot that looked promising, so we got in the short line and placed an order.  the bean went with a basic breakfast plate, while i opted for a slice of the bacon and cheese quiche: 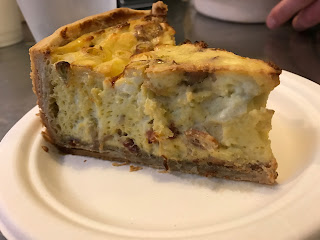 the old lady and her special friend both opted for the breakfast bowls, which looked pretty delicious. 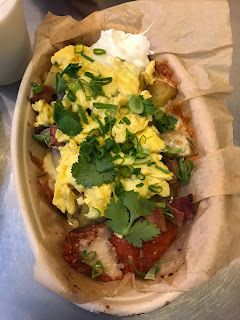 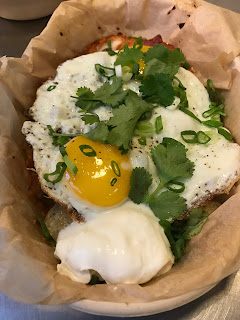 when we were done we decided to exit out the other end, where we caught a glimpse of the angels flight railway across the street: 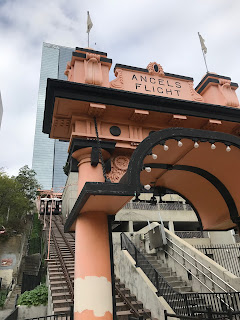 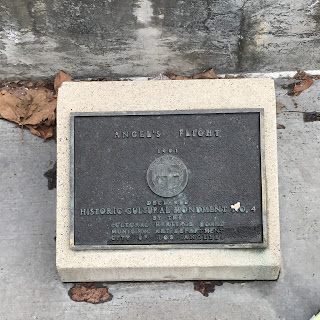 since the old lady and i had recently watched "la la land," we decided to go up and check it out.  it hasn't been in operation for a few years, so it was pretty deserted aside from a few other lookyloos who were probably there for the same reason as us.

the trams are stopped about midway up the track, most likely to deter people from trying to board them. 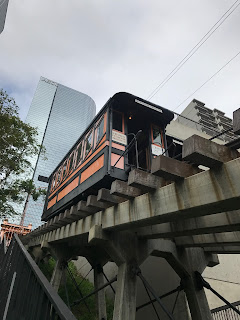 at the first break in the stairs, we realized that we were overlooking the little park where joseph gordon-levitt and zooey deschanel sat on the bench and gazed out over the city. 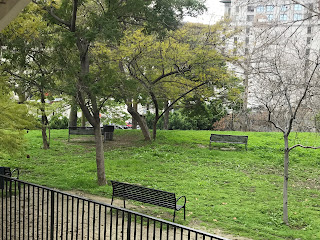 and then we finally got to the tram station up at the very top. 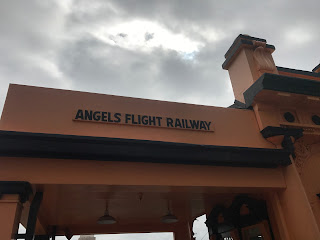 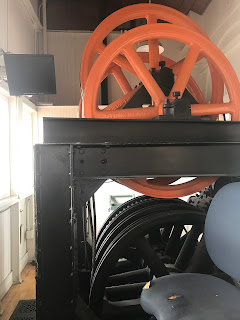 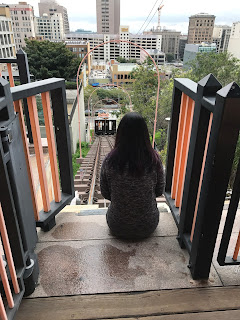 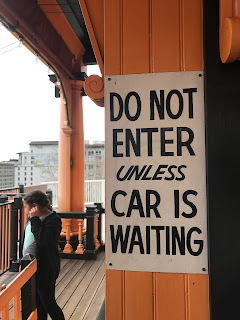 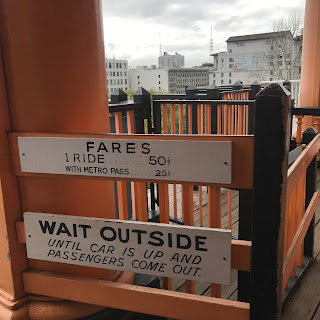 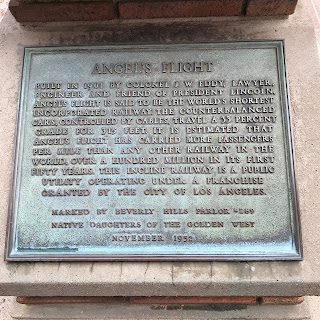 we snagged a quick group selfie before we started making our way back down the stairs. 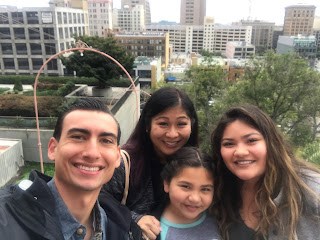 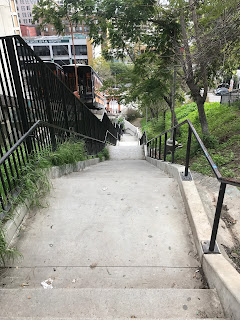 and on the way back to the car, we caught a glimpse of what i dubbed "the stinky tunnel," because it had been part of a 5K course i ran a couple of years ago and all you could smell was pee.  i think they do a fair amount of filming here, though.  i hope they wash it out or something while the crews are working in it, because ewww.