a while ago, after i'd posted something about the bean's dream job, one of my facebook friends contacted me to say that she knew someone who worked as an animator at dreamworks.  she offered to ask him if he would meet us and give us a tour of the campus, which sounded like a blast.

and then life got in the way, time flew by, and we all forgot all about it.  but when i posted about getting to see the nickelodeon studio a couple of weeks ago, she messaged me again and within a day her friend texted me to figure out a good day to head out.  the bean happened to have a friday off last week because of parent-teacher conferences, which worked out pretty perfectly.

the studio is just down the street from where we'd gone last year for the bean to do that market research survey for disney interactive. 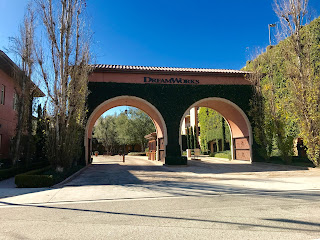 we checked in with security before finding a spot in their parking structure. 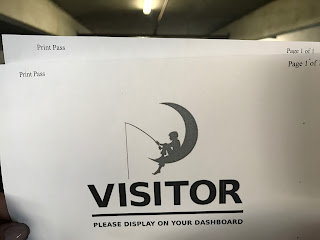 she was super excited and scampered on ahead of me. 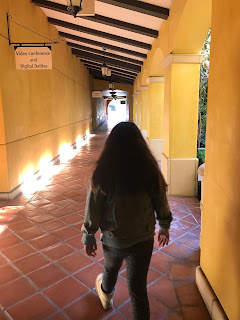 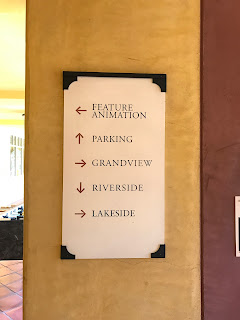 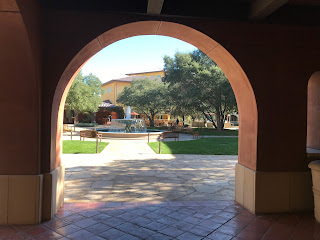 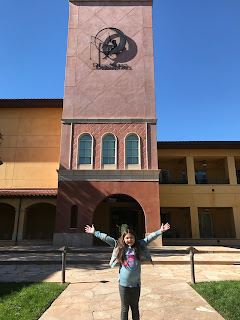 when we met up with the animator, he suggested that we take a quick tour of the campus first before grabbing some lunch in the commissary.  the grounds are really pretty, and it was a gorgeous day. 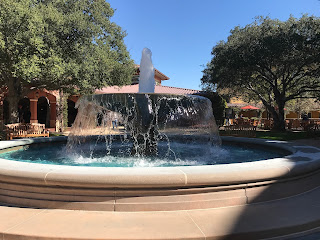 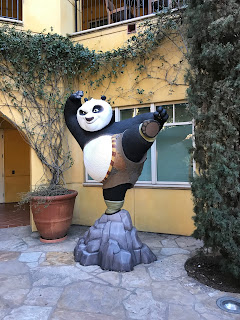 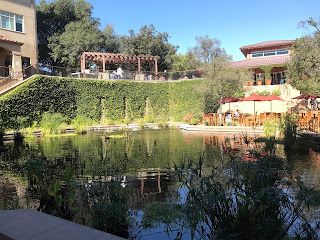 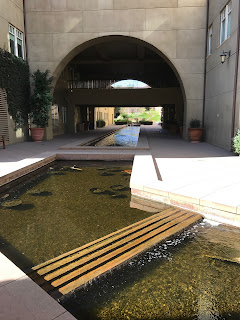 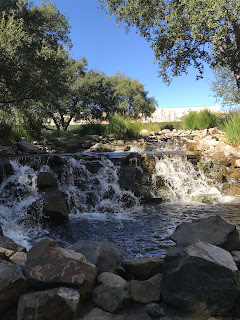 there are koi fish in their lagoon, and they even provided this little bridge for the ducks to use when they want to move from one area to another. 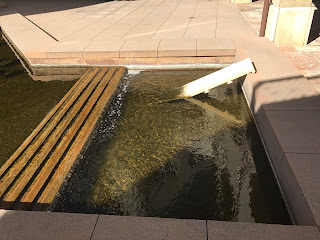 they even have their own health center, where they can go if they're not feeling well or need some basic medication. 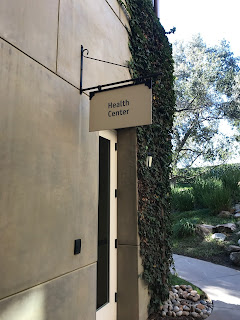 inside this building is their screening room, where they get to watch full-length movies and new releases from other studios as well as their own.  the bean was excited to see posters and other promotional stuff for "trolls," which is her current favorite movie. 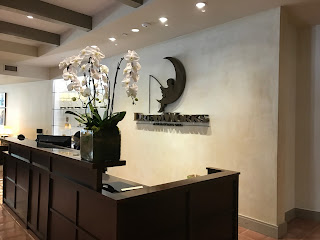 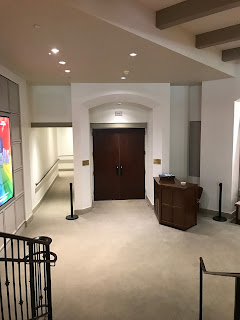 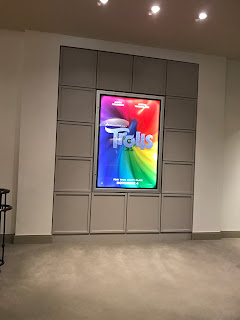 there's also all sorts of other fun decorations and memorabilia displayed here, including their many emmys, oscars, a golden globe and annie awards, which is animation's version of an academy award. 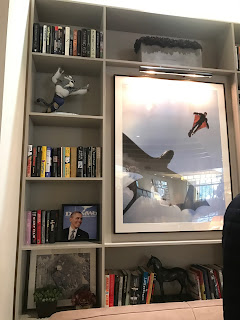 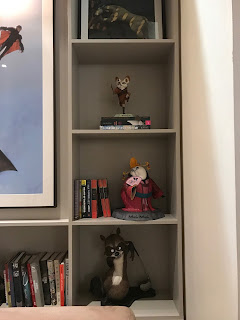 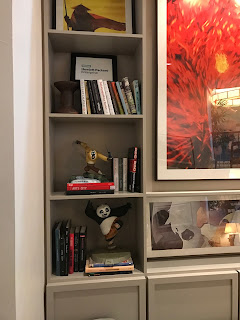 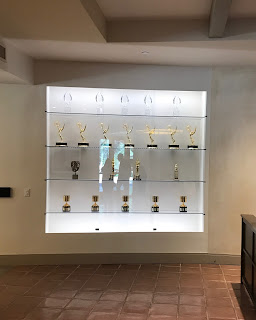 "boss baby" with alec baldwin is their next upcoming release. 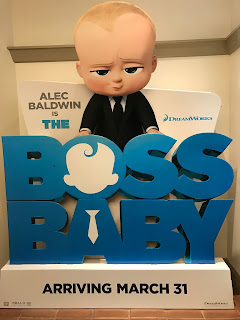 as we headed towards the commissary, he pointed out their own starbucks store.  how very convenient. 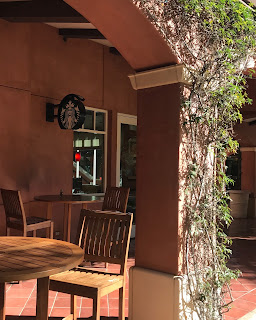 dreamworks provides free food for their employees and guests.  that's pretty sweet.  "they didn't have free food at nickelodeon, mom," the bean whispered.  heh.  so my kid. 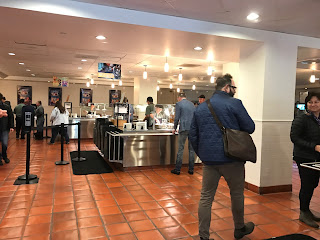 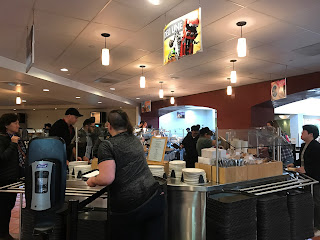 the bean chose some sandwich makings and iced tea, while i enjoyed their hot entrees for the day - a vegetable chow mein with some sautéed veggies.  we sat there and chatted about how he got his start in animation, where he went to school, what day-to-day life is like at the studio, all sorts of fun stuff.  i asked if they had an on-site gym (they don't), he told us that they get discounts for nearby gyms, plus regular yoga classes out in the lagoon area, which is pretty cool.

for obvious reasons, i didn't take any pictures inside the animation building.  they're working on a ton of great stuff that will be coming out within the next couple of years, and their walls feature drawings and scenes from old, new, upcoming and not-yet-announced movies.  we got to catch glimpses of all sorts of fun stuff, and may or may not have gotten a quick sneak peek at the movie that's coming out next month.

the last stop on our tour was what he called the "secret room."  he led us through the building and down a flight of stairs and onto another floor where we saw what looked like a bookcase built into the wall.  he reached behind  a copy of war and peace, pulled a latch, and the bookcase swung open to reveal a little room filled with all sorts of weird and random treasures.  the room had been discovered by an animator a long time ago after they moved into the building, and i don't remember if it was storage or some sort of access or whatnot, but he started putting stuff in there and using it as a meeting room.  when inspectors discovered what was going on, the room was going to be sealed shut until jeffrey katzenberger found out about it.  he visited it, decided it was too cool to shut down, and so the room was brought up to code and it's been available for use ever since.  sometimes they have meetings in there, or they just head in there to chill.  there's even a panel from the original room that features autographs by all sorts of celebrities and other visitors of the secret room.  i didn't take pictures here either, but if you google it a few others have posted a few.

he took this for us before he headed off to a meeting: 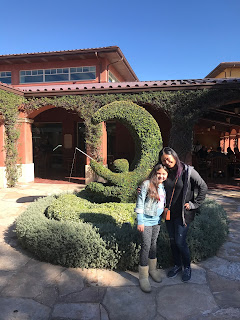 and i took this on our way back to the car. 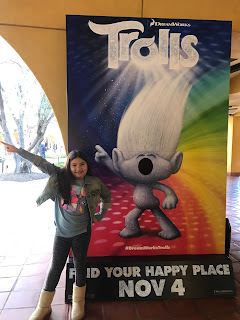 because it was on the way home, we stopped at porto's to grab some treats for the old lady - well, and a few for us, too. 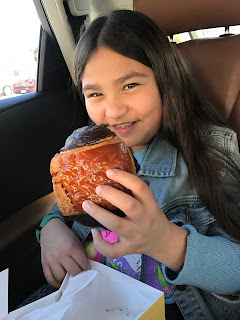 we hit a little traffic, which was too much for the bean to sit through.  after all the excitement of the day, she passed out cold. 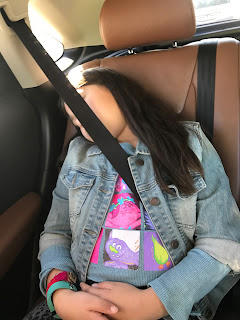 so many thanks to my friend and the animator!  we had so much fun!  now, who do we know that works for disney/pixar?  we're always available for studio tours!
at February 02, 2017