freshening up the 'do

it wouldn't be the beginning of a new school year without a fresh haircut, amirite?  not to mention, the ends of the bean's hair were pretty dry and crunchy.  and it's so long and thick that it's actual work to get it brushed up into that high cheer ponytail she needs for practice.  so we made an appointment at the local kids' salon and headed over one day after her math tutoring session.

she'd busted out her favorite accessories that day, so they were part of her "before" shot. 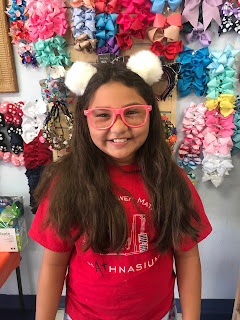 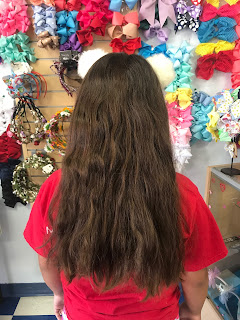 such a goober.  those pom poms!  and the glasses!  oy vey.  i still think she looks cute, and it'll be fun when she gets older and looks back at these pictures and chuckles along with the rest of us.

i teased her about picking one of the circus animals to sit on, and she gave me a look when it was her turn and she was led to one of the regular salon chairs.  but then it was time to settle in and follow the stylist's instructions as she got to work on that thick mane. 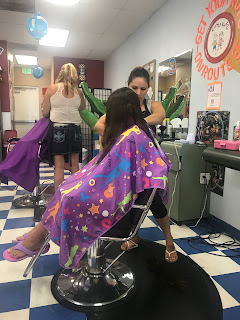 we'd asked for a basic straight across, no layers cut.  simple enough.  a few snip, snip, snips and away went all those dry, split ends. 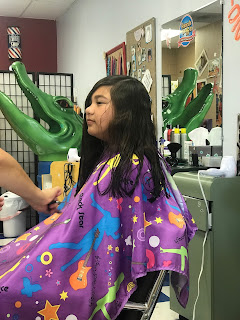 just three inches off and look at how much hair was on the floor: 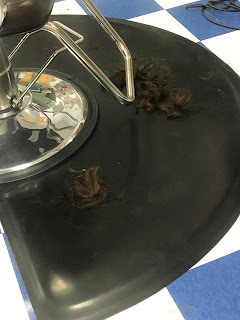 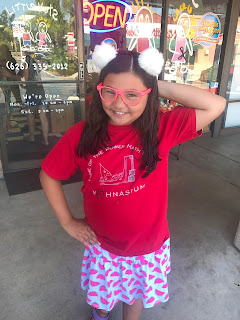 this length is so much easier to manage, for both of us.  she doesn't struggle with getting the tangles out anymore and the only difficulty i have with doing her braids and ponytails now is that she's getting too dang tall.  it's at the point to where i either have to stand on a stepstool or have her sit down for me to do her hair.  sheesh.

Email ThisBlogThis!Share to TwitterShare to FacebookShare to Pinterest
Labels: haircut for the bean