the hub throws a stinky cigar/fight night party with his old man friends at least a couple of times a year, and this gives me and the girls a chance to do a quickie overnight staycation.  we usually head down to anaheim - shocking - and pick a hotel near the 'land.  this last weekend was no exception, although this time the old lady was out in the desert with her special friend and so the bean was left alone to hang out solo with her mom.  poor thing.  heh.

this time, we decided to try out the anaheim majestic garden hotel.  i've been here once, probably about 15 years ago when it was still a sheraton-owned property.  we pass it every time we go to disneyland and it's just across the street from where we enter the parking structure.  the bean thought it looked like a castle when we got there. 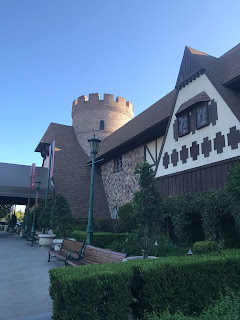 this boosted her theory a little when we got inside: 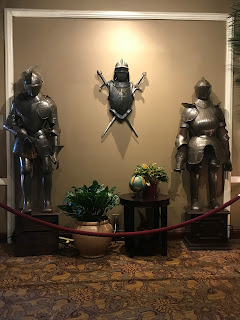 and we got excited for a second when we saw this, thinking that maybe we'd get to participate too.  magic morning is where you get to enter the park an hour earlier than the general public, and i thought it was only for guests at the disneyland-owned hotels. 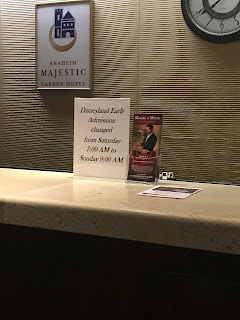 alas, it turned out to be just for guests who'd purchased a 3 or more-day park ticket.  annual passholders not included.  boo.

when we opened the door to our room, the bean was super excited to see that we got our own beds: 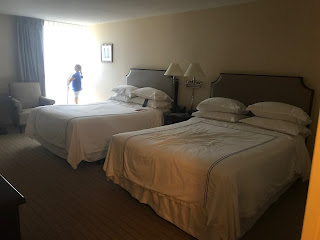 and then we giggled at the shitty view from the window. 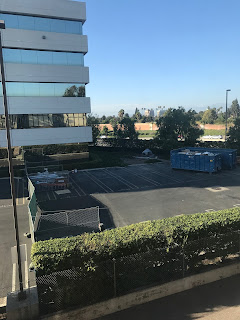 because it was crazy hot, i told her to put her swimsuit on and took her down to the pool so she could have a little playtime and cool off. 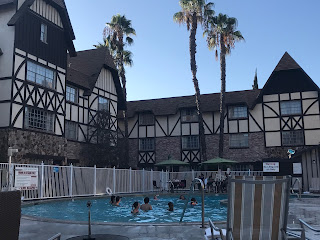 and then we headed back to the room so she could shower and we could catch the shuttle to the parks. 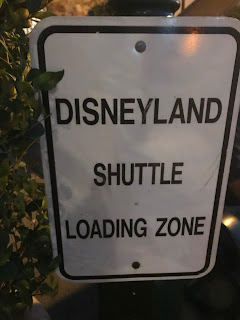 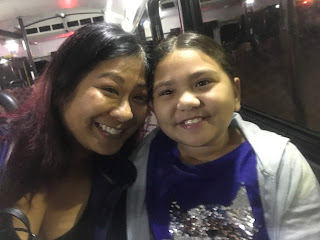 we didn't get there till about 8:30, and our main focus was to head to the plaza inn and get some of their delicious fried chicken for dinner.  mission accomplished: 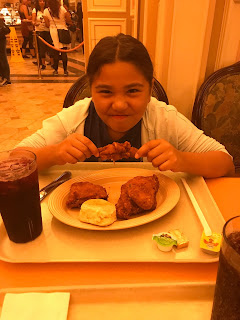 by the time we finished eating, it was almost time for fireworks.  we hadn't gotten to watch fireworks in a long time because they were always getting canceled due to high winds, so we decided to grab a spot on main street in front of the castle and watch the show.  i'd missed it, and even managed to catch the pyrotechnic hidden mickey: 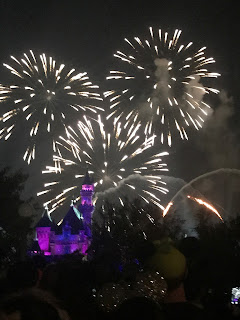 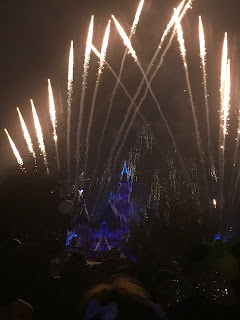 we decided to get in line for big thunder mountain railroad, and the line was only 20 minutes long. 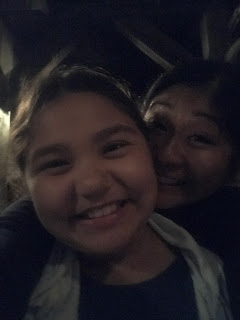 by then it was getting kind of late, but we were in between shuttle pick-up times.  with time to kill, we went into fantasyland and did the pinocchio and mr. toad rides before picking up a late-night treat in the form of a mickey-shaped rice krispy treat topped with m&ms, and then caught the 11:15 shuttle back to the hotel.

she was passed out no more than five minutes after we walked through the door.  it may have been a late and very abbreviated disney visit, but it was definitely a successful one.  and we were heading over for rope drop the next morning since we were right there.