for this year's girl scout halloween party, we decided to switch things up a little.  in our quest to get the girls to be more independent (and also because last year's party was a bit of a bust), we decided to have each scout sign up to run an activity or game station, plus choose an item to share for a potluck. and the kicker:  no parents allowed.  i think there might have been a little grumbling about this, but that's okay.

i decided to pick up a set of fun photo booth props during a trip to target, and when we got to the party venue i laid them out for the girls to use. 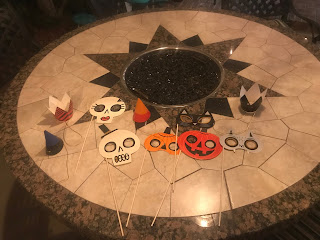 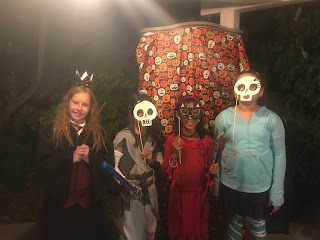 they were all pretty excited as everyone began to arrive, and ooh'd and aah'd over each other's costumes as they got their tables all set up.  we took a group photo when it was time to start, although we were still missing one or two at this point. 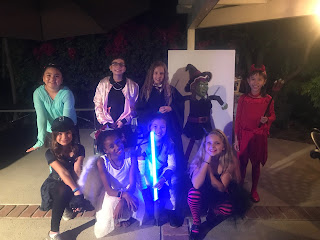 the bean was pretty excited to get her station set up. 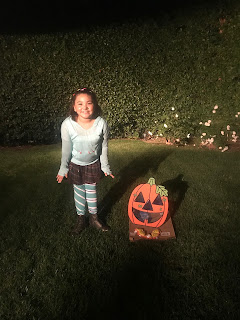 to make things a little easier and a bit less chaotic, we decided to split up the stations and had them tackle the two activities that seemed like they'd take the longest - bow making and pumpkin carving. 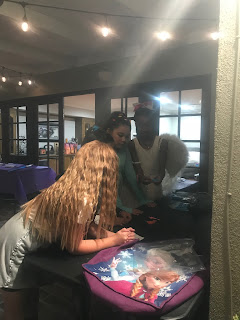 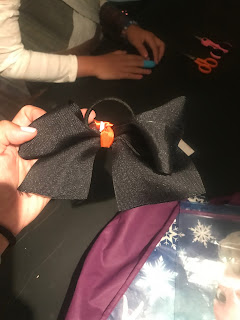 as they were finishing up those activities, the bean got to host a few of her friends at her station since it was a quickie and would fill up a handful of empty minutes. 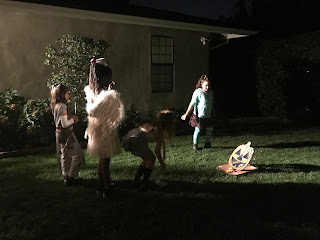 it took longer than we'd anticipated to get through just two stations, and by then we were all hungry and the old lady and her special friend had arrived with the pizzas from costco.  there was mac & cheese, mummy hot dogs, chips and all sorts of delicious sweets. 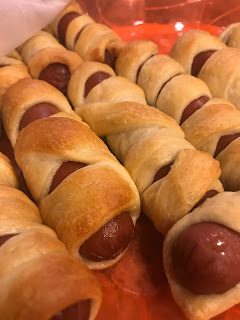 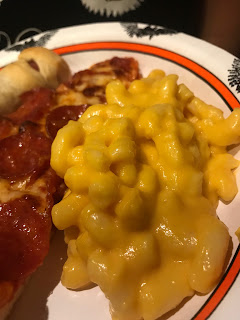 a few of us might have also gotten into those props too. 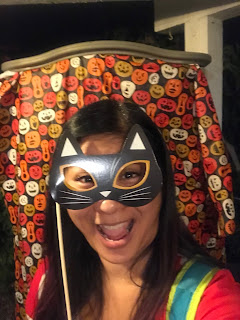 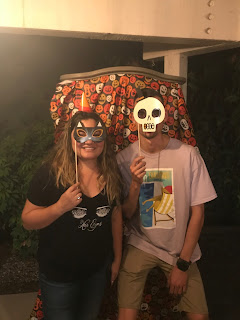 and the bean bag toss. 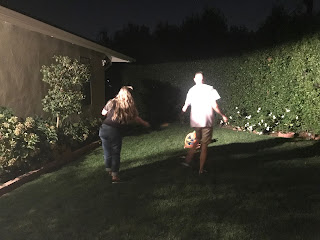 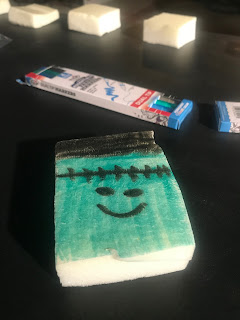 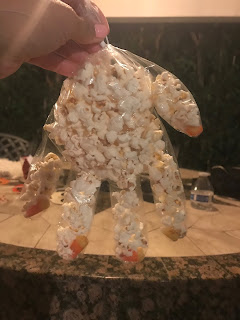 we ran behind by a good half hour, i'd say, and had to ask the parents to wait as the girls sped through the rest of the stations.  we didn't want anyone to feel left out from hosting the activities they'd spent time planning and preparing, and when they were all done we gathered for a quick group photo before everyone cleaned up and headed out. 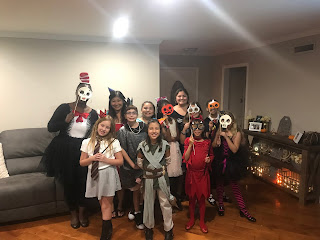 so much fun, and a great way to kick off the holidays with the girls.
at November 01, 2017