oh come on.  you think after ten years of posting all the random stuff we do i was gonna let a little storage space issue stop me from blogging?  heh.  i may find myself skipping mondays here and there because that's the old lady's day off and we often spend it doing something fun together, but for the most part you're stuck with my ramblings for a long time to come.

okay, so for thanksgiving this year, we decided to do something a little different.  well, a lot different.  instead of spending the day in the kitchen working on a full traditional spread, we decided to break bread at bouchon in beverly hills.  since the old lady was heading to her dad's and we were invited to a friend's house later on that evening, our reservations were at lunchtime.

the old lady and i started off the day with a kick ass barre class to get a head start on burning all those calories, and i still chuckle at the shirt i got to wear: 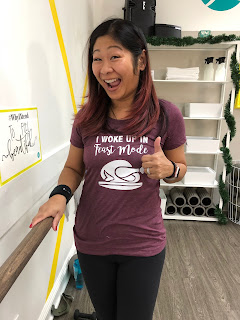 and then we headed home, showered and got ready to head out to the west side.  there was pretty much no traffic on that holiday afternoon, and we were in the elevator heading up to the restaurant right on time. 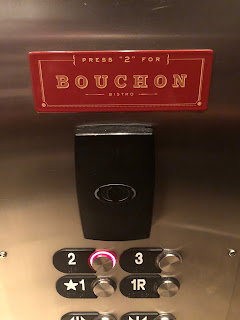 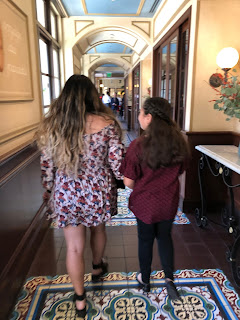 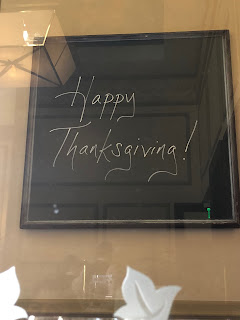 they were offering a set menu for the day, with several choices for three courses. 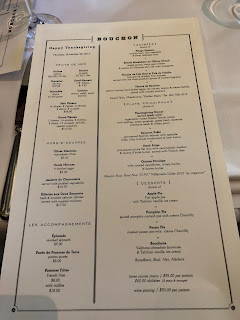 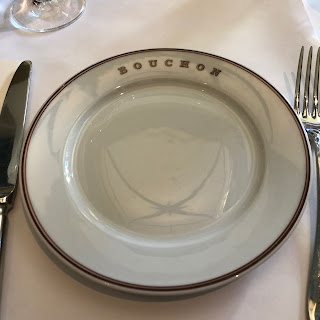 we ordered a charcuterie plate to start our meal, and it was hit and miss.  the sliced meats were delicious, but none of us were fans of that paté.  the old lady's special friend dubbed it "UNfancy feast," and it really was very cat food-ish.  blech. 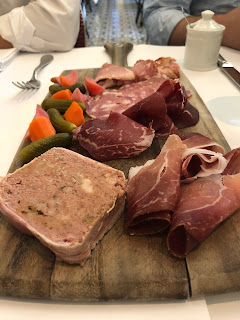 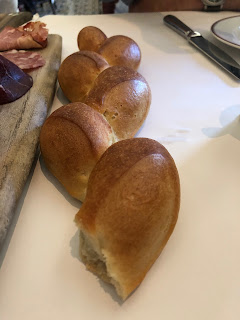 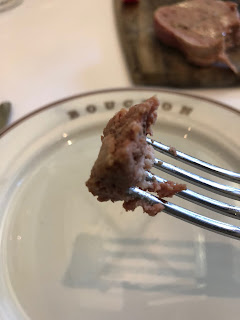 the first courses arrived - the cabbage, ham and potato soup for the kids: 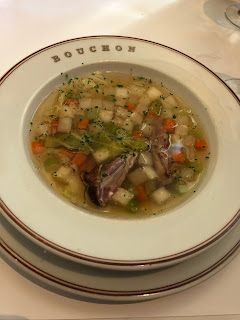 salad with goat cheese for the hub: 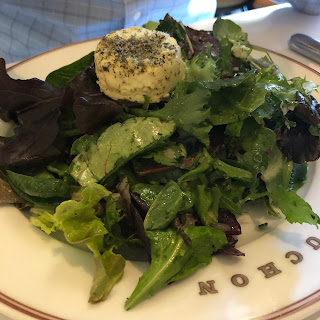 and...salmon tartare for me.  apparently i was on a roll with the cat food. 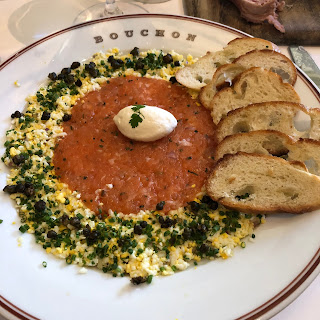 the bean and her sister had ordered steak frites as their main course: 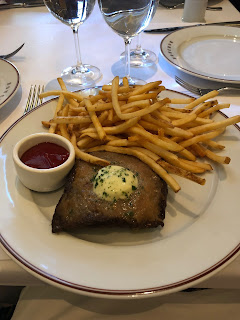 and the rest of us shared a family-style traditional thanksgiving meal.  there was white and dark sliced turkey and gravy, sweet potatoes, green beans and stuffing. 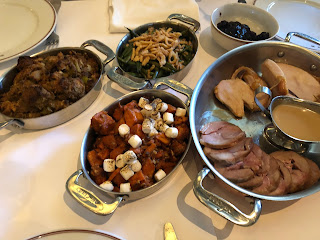 the hub's plate looked much prettier than mine, so i swiped his picture. 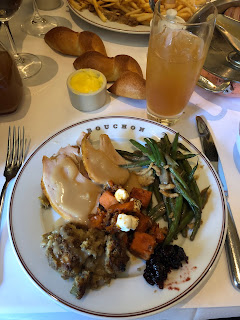 we were all highly amused at the server who for some reason unknown to us kept coming over to randomly serve iced tea to everyone at the table except for the hub, who was the only one who had actually ordered any. 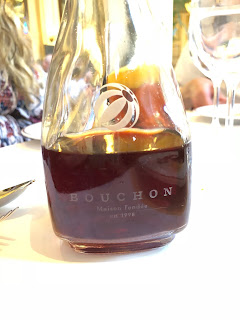 dessert options were simple:  pecan or apple pie and bouchons a la mode. 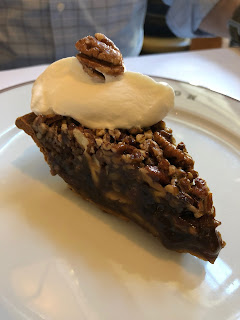 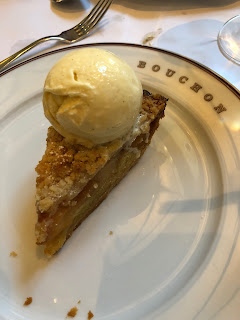 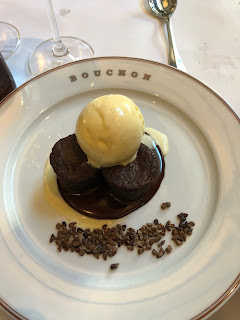 this location is set to close at the end of the year, and if this meal was any indication of the food - well, i guess it's probably a good thing.  we were all pretty disappointed with almost everything, which was a big bummer.  we managed a quick group photo before we left: 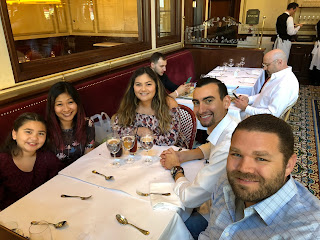 and downstairs in the courtyard, the bean took this for us: 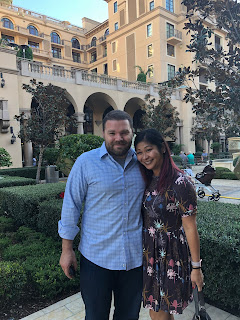 later on, we headed to our friends' home down the street and got to partake in some extra delicious home cooked food - starting off with our friend's famous crock pot hot chocolate, thick and rich and creamy and totally worth that barre class i'd died at that morning. 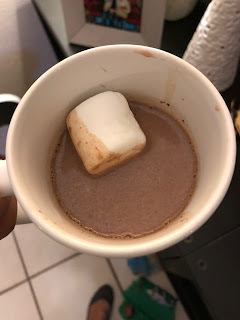 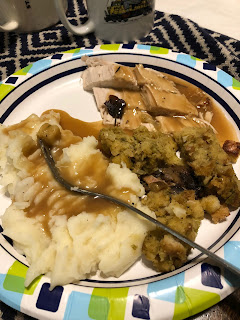 and i got to spend some quality time with this sweet little munchkin, who i hadn't seen aside from pictures on social media in about a year. 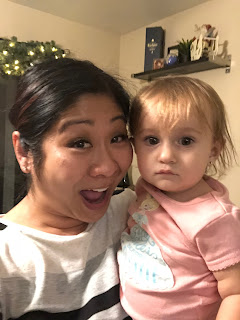 all in all, it was a fun filled thanksgiving shared with people we love, and that's what matters anyway. right?
at November 30, 2017

Email ThisBlogThis!Share to TwitterShare to FacebookShare to Pinterest
Labels: eating is always better with friends, thanksgiving