"donut" try to eat these

when i'm getting ready to sew up something, i always end up using whatever happens to be on the table to weigh down my pattern pieces.  most of the time the edges of my patterns are held down by things like my phone, jarred candles, the hub's coffee mug from that morning, a pair of scissors.  it's kind of funny, and not uncommon amongst other people who sew on the regular.

but then i saw someone post the cutest set of clay pattern weights shaped like donuts.  she'd bought them from etsy from a lady in the UK for $30 plus shipping, and i thought they were super cute.  when i looked at her business page though, she wasn't taking any new orders and so i set the idea aside.

someone else last week posted that they'd made their own using polymer clay.  i'd seen my friend winnie posting pictures of polymer clay projects she'd done that were incredibly cute, and so i got the bug to head to michaels and grab some clay for myself.  of course.  and i found some washers to bury in the clay to give it some weight at the local hardware store, and so i brought all the goodies home and sat down to get started. 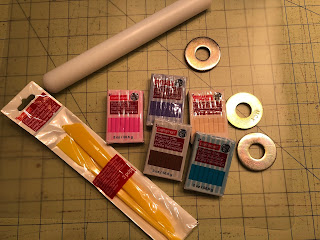 first, i rolled a ball of clay and flattened it to make the first half of the donut.  i placed a washer on top and then topped it with another ball of clay and kneaded and rolled it and poked a hole in the middle until it was in the shape i wanted. 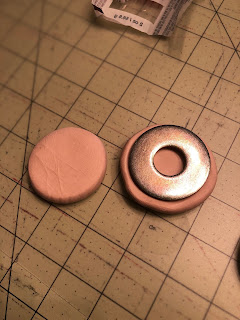 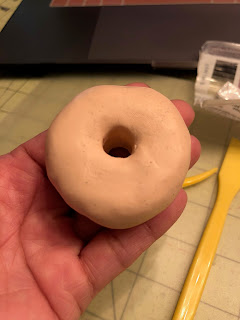 after i had six of them done, i got started on the "toppings."  the frosting was just a little ball of colored clay flattened out and spread on top of the donut.  working with the clay reminded me a lot of decorating cakes with fondant.  rolling out some more clay and cutting it up and snaking it on top of some of the donuts was really fun, and when i was done they looked like this: 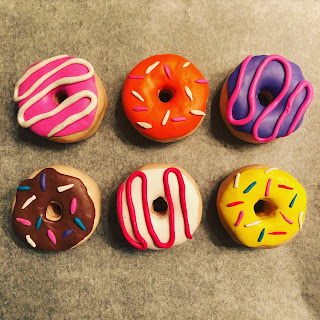 they baked in an oven at a low temperature for an hour and then they were good to go.  and while they baked, i was perusing my feed again and found that someone had done oreos using a mold to replicate the design on top of the cookie.  huh.  another trip to michaels yielded this stuff: 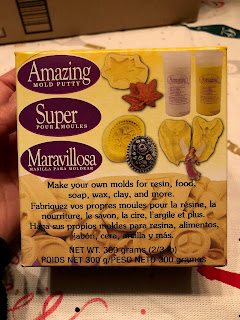 you take equal parts of this stuff, knead it together and then place your item in it to get the indentation of the pattern.  following the youtube tutorial i'd found, i had scraped the cream out of an oreo and frozen it for awhile to get it nice and firm. 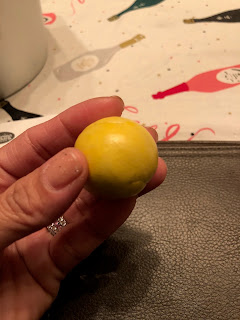 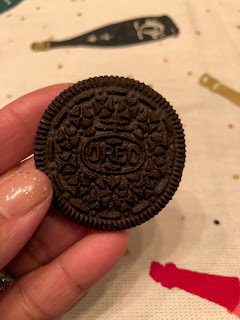 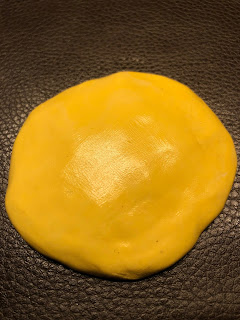 25 minutes later, i popped the cookie out and had this: 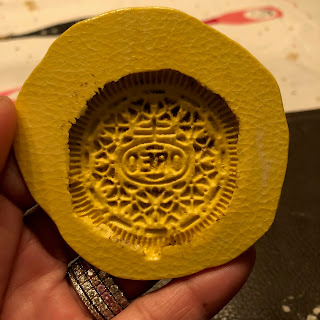 after proudly posting my fun donuts on a facebook sewing group page, i had someone ask me if i could make some for them.  the hustle is neverending, people.  but it gave me an excuse to go back to the store armed with a 60% off coupon and snag this: 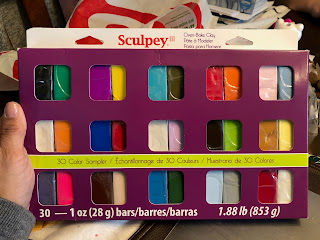 because i'm a dork, i labeled them all so i would know what their codes and names were in case i wanted to buy more of a particular color. 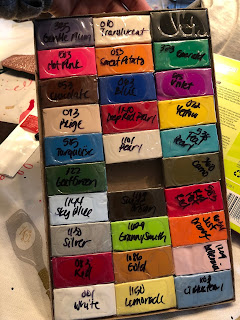 this time, the bean got in on the action and decided to make a donut of her own, topped with "fruit loops." 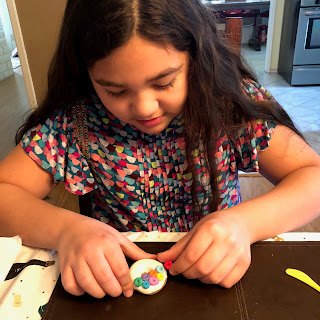 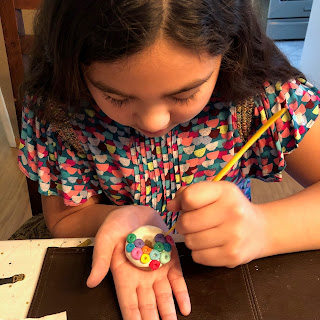 her project was so detailed that it took her the same amount of time to finish hers that it did for me to do all of mine: 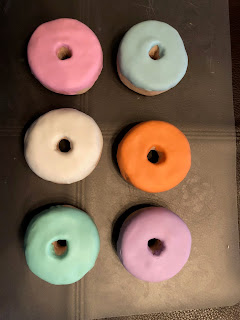 and since i had some extra time, i decided to try out that oreo mold.  it's not perfect, but it looks pretty good. 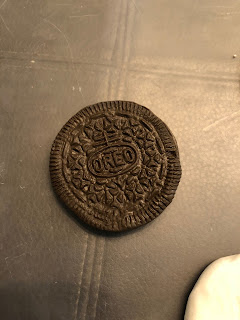 i used some liquid clay to "glue" the filling to the two cookies, which had a washer buried in it and made it look like a double stuf cookie instead. 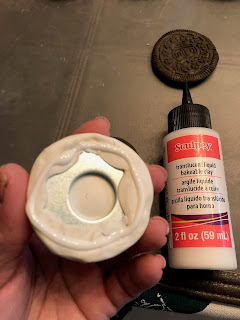 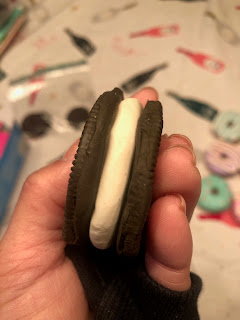 the lady had asked for pastel colors, so here's what they ended up looking like: 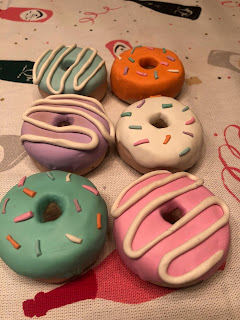 and the bean's fruit loop donut is super cute too.  she's super proud of her handiwork. 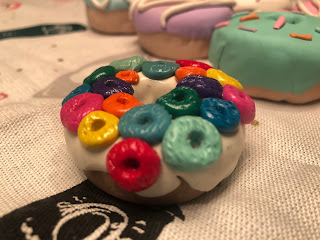