so...christmas 2017.  it was certainly a good one, i must say.  christmas eve day was pretty chill, with the old lady at work for part of the day and the rest of us hanging out at home just kind of bracing ourselves for the whirlwind that was to come.  i actually got to spend most of the day at the sewing machine, working on projects and something to wear to dinner that night with my folks.  oh, and taking silly pictures like this:

the bean decided to make some fresh cookies for santa (because she wanted to give him a variety to pick from, adding to the mint chocolate meringues and the hot cocoa cookies that were already waiting to be plated for him). 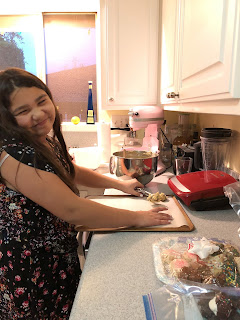 and then when the old lady and her special friend arrived, we all got cleaned up and hopped into the car to head to pasadena for dinner at green street tavern. 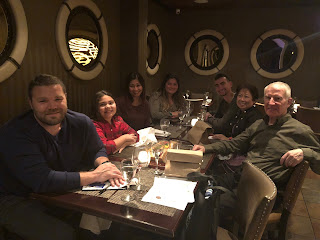 it was around 10 or so by the time we got home that night, and the bean made a beeline for the kitchen to set out her cookies for santa before she went to bed.  christmas eve is one of those few nights a year that it's not a struggle to get her to go to bed...because santa can't come if you're awake, right?  and because she'd run out of time to mail him a letter this year, she left it for him with the plate of cookies.  he left her a little message after enjoying some of the cookies: 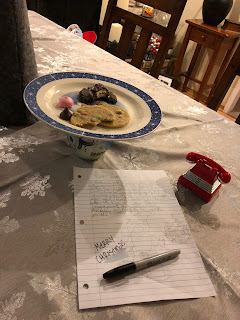 and even though the majority of the christmas stuff had been done the day before, i still managed to somehow stay up till midnight finishing off the last of the details.  i was happy to collapse into bed next to the hub, who was already watching the pope's christmas mass on tv.  kinda odd since we aren't catholic, but it's something we seem to watch every year without fail.  heh. 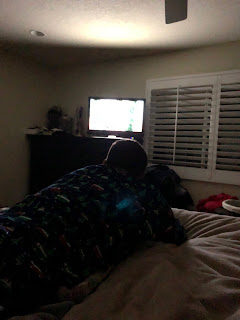 the bean was up bright and early on christmas morning, as most kids usually are.  she went door to door, waking everyone up in the most gentle, non-obnoxious way possible, and i popped up to get our annual christmas casserole ready and in the oven to bake while we opened presents.  everyone waited anxiously for me to be done before diving into stockings and stuff, and we were having so much fun opening presents that i didn't really take a ton of pictures.  this is one of my favorite gifts to the old lady though, because look: 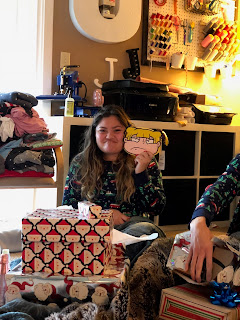 the hub did his usual job, handing out presents to everyone to open before sitting down to rip through the ones with his name on them. 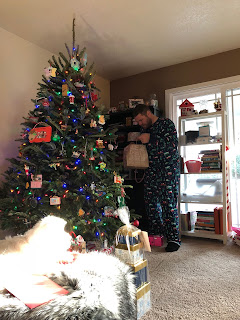 the pile of wrapping paper and boxes grew and grew, but the old lady had the forethought to gather it all up in one spot to make cleanup a little easier. 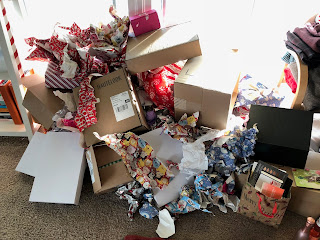 of course, we had the yule log going the whole time. 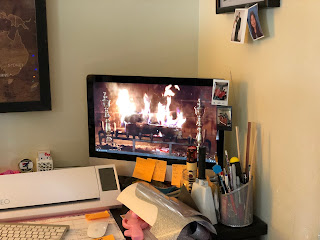 when all the paper had been ripped off, all the bags opened and every present out from under the tree, we set up for our annual family photo.  i'd discovered the beauty of using the camera remote from my watch, and this was my test shot: 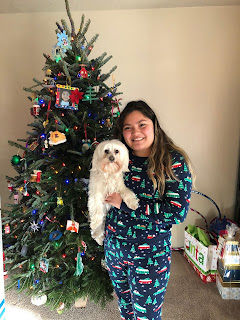 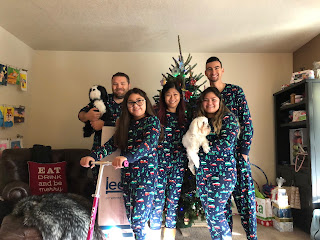 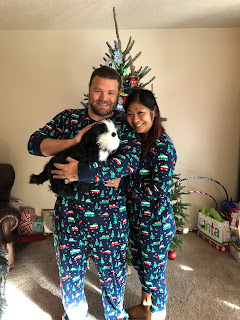 and her new scooter was a hit with everyone. 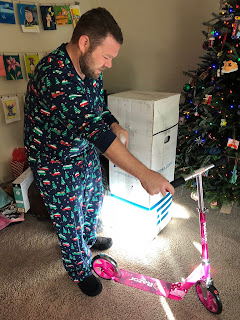 the timing was perfect, because just as we were finishing up the timer went off and breakfast was ready.  the casserole isn't very picturesque, but it was tasty...as were the cinnamon rolls we enjoyed afterwards. 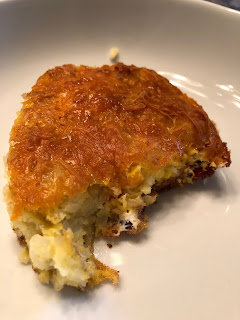 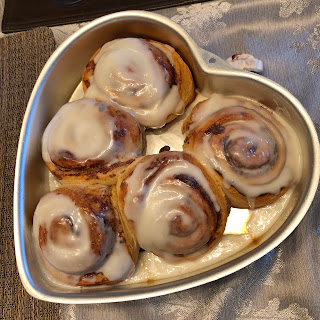 i'd used the frosting container to scrape the bacon grease in for disposal, and realized that it looked like a pretty fantastic (if not incredibly disgusting) april fool's prank. 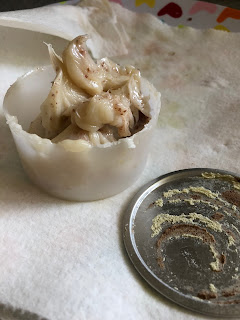 as for my big gift this year?  well...my wish from last year finally came true: 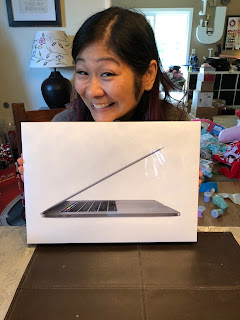 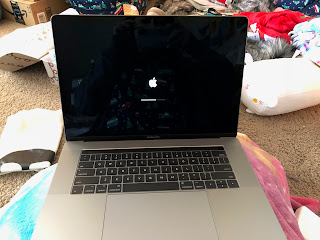 kate spade was prominently featured in my haul too. 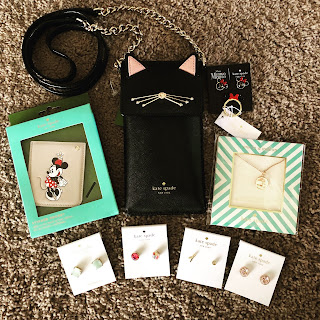 i was most definitely one happy camper, despite the gigantic mess that needed to be cleaned up. 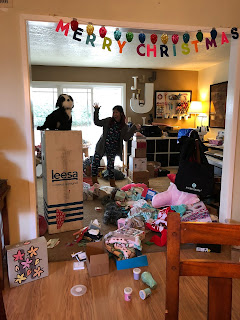 the bean was quickly engrossed in the new nintendo DS3 she'd received. 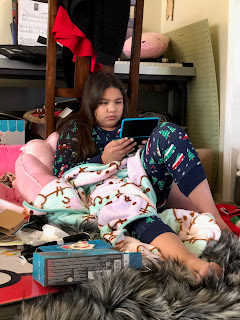 and then much later, with the old lady and her special friend out making the rounds with her dad and his family, we enjoyed our traditional homemade prime rib spread. 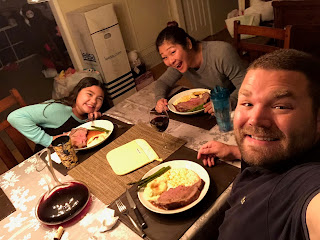 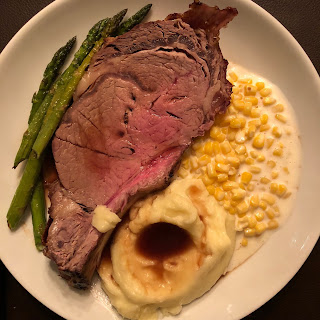 such a wonderful day, with lots of love and laughter and sweet moments.  hard to believe another christmas is over and done with.  and they just keep getting better and better.
at January 02, 2018

Email ThisBlogThis!Share to TwitterShare to FacebookShare to Pinterest
Labels: merry christmas to all, presents are fun