with our flight home not scheduled till 7pm and our appointments at the spa at 11 that morning, lilcee had tried her hardest to score us a late check-out from our room at caesar's.  everyone she spoke with gave her a different answer and told her to call a little later, and then finally the last person said that the hotel was sold out and no late check-outs would be honored that morning.  boo.

but then she called the spa to ask if we could bring our luggage with us to our appointment and they said that was totally fine.  we could keep our bags behind the counter so we could reach them whenever we needed, and we'd have full access to all of the spa amenities until 8 that evening.  we could even leave to grab lunch or hit the pool and come back and shower and get cleaned up for our trip home.  it was perfect (so why didn't the concierge or the front desk people suggest it after lilcee told them we were going to the spa anyway?).

on our way out we smirked at this, a few doors down.  being the old ladies we are, we were pretty happy that we didn't hear any crazy partying or anything from our room. 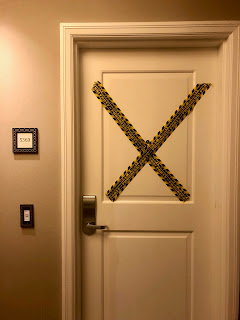 our first stop was just downstairs: 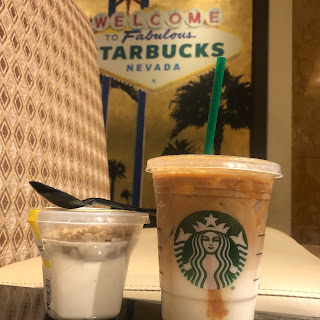 and after we'd gotten something in our bellies, we decided to head up to the spa and maybe soak in the roman baths for a bit before going in for our massages. 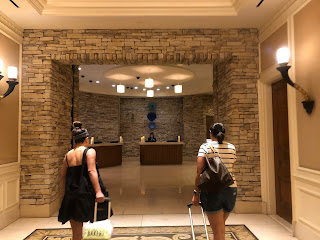 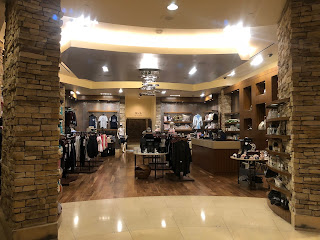 the spa at caesar's is pretty nice.  they assign you a locker and give you a robe and sandals to wear, and there are wet and dry saunas along with a giant hot tub.  plus, there's a room for the roman baths, which consist of a hot tub, a cold plunge and a room temperature bath along with these wonderful heated chaise lounges along the walls.  we opted to hang out in the giant hot tub in the rear of the spa for awhile before changing back into our robes and heading into the waiting room before being called for our treatments.

the other three had opted for various types of massages, but i had read about their "sand and foam" body scrub treatment and decided that i needed to give that a try.  i started off face down on a massage table and a milk-based foam coated my skin before my therapist used a lovely sugar scrub to exfoliate me from head to toe.  all that was rinsed off with a vichy shower from overhead, and that was like a massage in itself.  the water was the perfect temperature and at just the right pressure, and it was heavenly.  she used another wonderful smelling lotion to moisturize my skin after that and ended with the most fantastic foot massage ever.  it was the most relaxing thing ever, and my skin was soft and glowy when she was all done.  so awesome.

we all met up back in the waiting room when everyone was all done, and we all looked and felt like limp noodles.  heh.  we spent a little time in there just hanging out and chatting, and then decided to head down to the pool and grab some lunch. 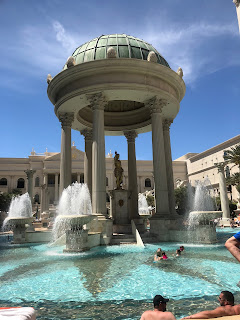 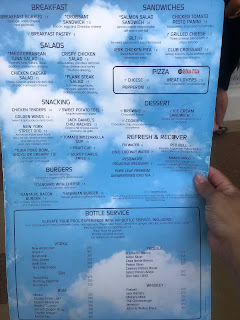 did somebody say "mimosa"?? 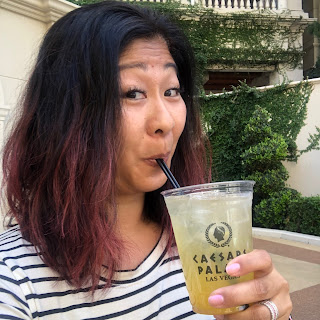 i'd opted for the salmon salad sandwich, and it was just okay. 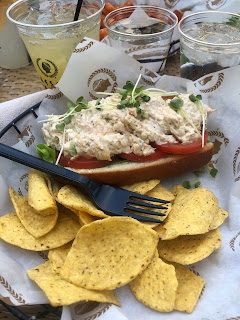 but kelley had ordered a simple chicken salad that took forever to come out.  she finally got up to ask about it and she was told that they'd bring it out to her.  when the server came out with her salad, she apologized for the wait and explained that they'd run out of the ingredients to make it.  kelley looked at the plate and realized that half of the salad was missing, and when she pointed it out the server just kind of shrugged her shoulders and said "do you want some fries?"  um, no.  and so she went to get the manager, and more time passed before the chef came out at last to talk to her.  he explained that the other chef in the kitchen was brand new - like, it was his very first day - and as he spoke we noticed another guy standing behind him wearing a headpiece and looked very bouncer-like.  so weird.  when the chef saw us looking at the guy he said that he was the manager, and then told kelley "i'll make you something" and disappeared.

and when i say "disappeared," i really mean it. he literally never came back out, and when kelley went back up to just ask for her money back she saw him cowering in the back of the kitchen.  the staffer that was helping kelley went back to talk to him and she saw him throw his hands up in the air and say "i don't know what to fucking make for her!"  WTF.

they finally did credit her card for the purchase, but how annoying is that?  doesn't really inspire one to come back there...like ever.  so we decided to skip the pool and head back up to the spa to try and recapture the relaxation we'd had earlier.

not without taking a few pictures first, of course. 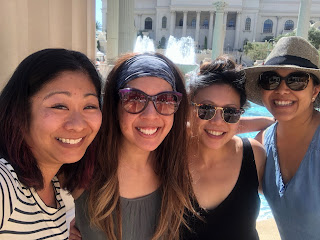 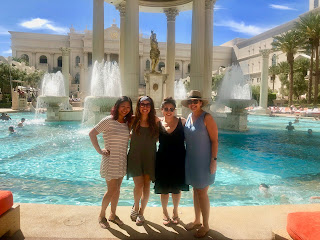 we spent some time in the roman baths, trying out all three of the pools and then taking a quick catnap on the heated chaises before heading in to take showers and get ready for our flight home.  and by then we were all hungry again and so we decided to hit up the quick-service restaurant run by giada de laurentiis for some sandwiches to go. 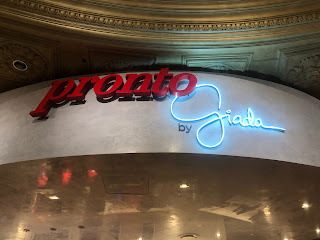 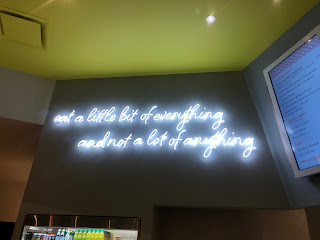 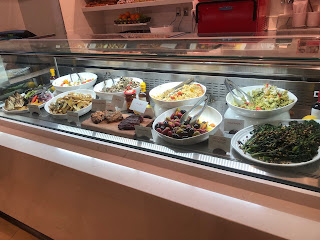 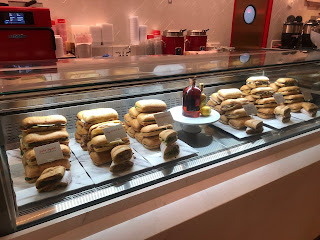 somehow the employees there were also grumpy and super lacking in customer service, and so we were just happy to get the hell outta there.  see ya, caesars. 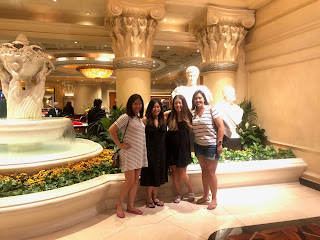 we arrived at the airport with plenty of time to sit and eat...or in my case, do this: 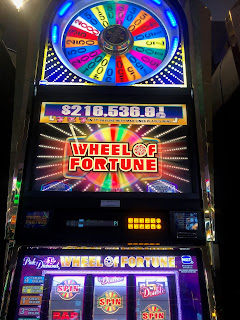 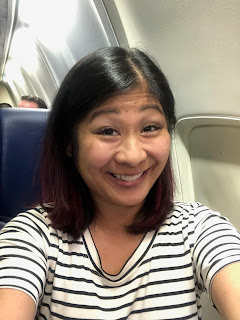 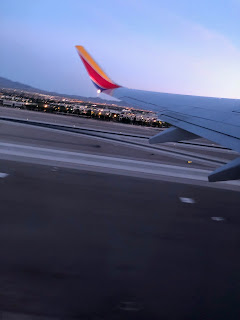 an hour later, we were home. 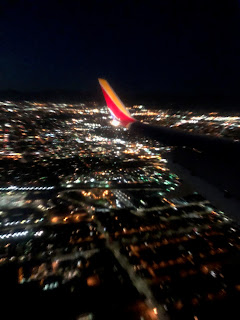 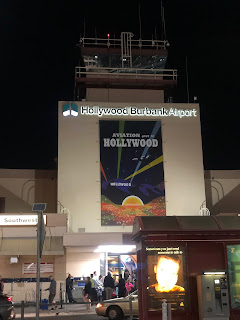 my girls were asleep by the time i got home around 9:30, but the hub was there to greet me with a smile and a big hug.  funny how i was really only gone for one night, but i'd really missed them all.  i was really happy that my friends and i were able to finally pull off our girls' trip, and hopefully we'll get to do it again later in the year.  this time, we'll stick to something a little more local - palm springs, maybe?