half day at disneyland

for the last week of school, every day was a half day.  so on tuesday after the bean got out of class, we headed down to the 'land to grab some lunch and soak up some of that disney magic.  we're still experiencing that lovely "may gray," so it was actually pretty chilly when we got there just after 1:00.  after debating in the car on the way down, we decided to go into the disneyland side and enjoy some delicious fried chicken at plaza inn. 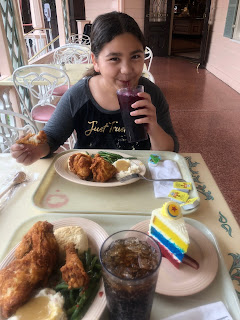 the last time i had some of that pixarfest cake it was just the old lady and me, so of course when she saw the slices there i figured she needed to try it too. 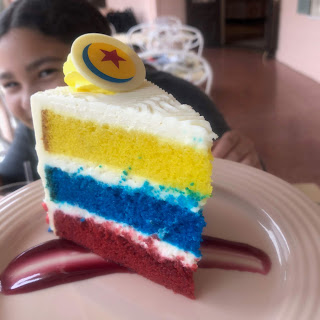 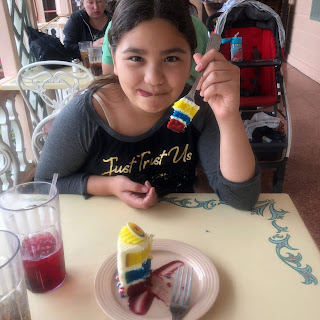 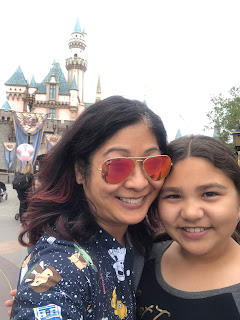 having secured fastpasses for hyperspace mountain, we decided to go into frontierland and check out the line for big thunder mountain.  on our way there we came across a crowd of people standing around watching a family of ducks make their way across the path, with a couple of cast members standing guard to make sure they didn't get stepped on. 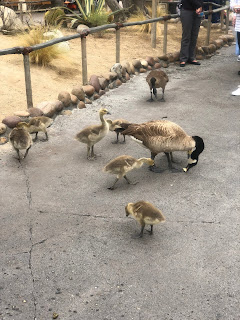 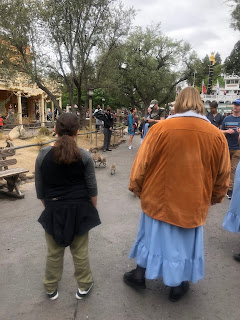 with the standby line wait time for thunder mountain at 45 minutes, we passed it up and instead got onto the disneyland railroad for a nice ride around the park.  as we pulled into the main street station, we caught a glimpse of one of the famous disneyland cats. 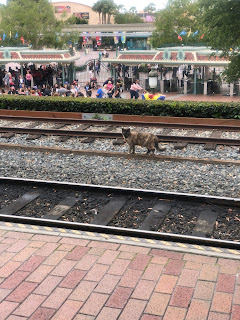 this was also the first chance i'd gotten to sport my brand new club 33-themed crossbody bag. 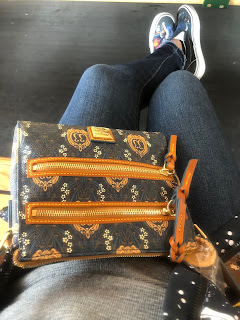 as we rode around, i got this shot of the bean and marveled at how grown-up she looks in it. 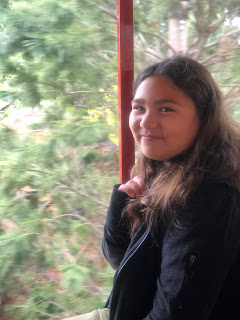 i asked her to take a picture of me and along with that one, i found this one on my camera roll: 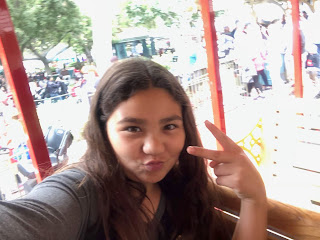 checking the app, i noticed that the line for the gadget go-coaster in toon town was a mere 10 minutes.  we hopped off the train and found ourselves on the ride in just about that amount of time, and then the bean decided she wanted to spend a little time at the playground at goofy's house. 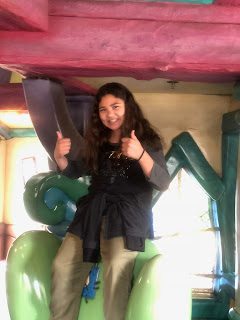 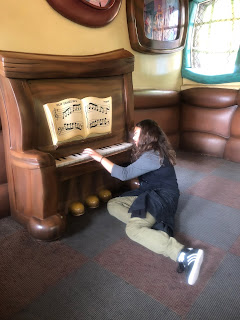 there's a fun churro challenge happening at the parks right now for annual passholders. for $5 you get this map: 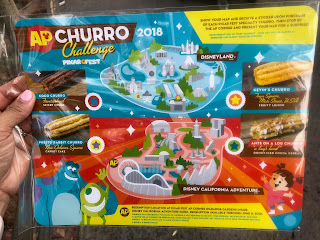 and then you hit up all of the kiosks with the special pixarfest-themed churros, collecting these stickers at each stop: 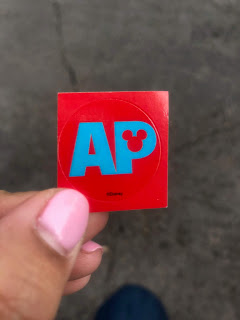 and after you finish them all, you head to the AP corner at california adventure to collect a surprise.  our first stop on the map was in frontierland, for the coco-themed churro.  it comes with this little cup of cinnamon-chocolate sauce that i thought was delicious, but the bean said it was a little spicy. 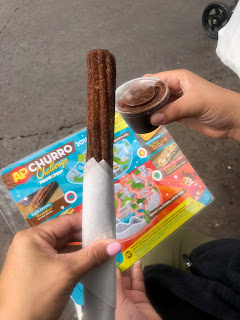 by then, it was time for our hyperspace mountain fastpass. 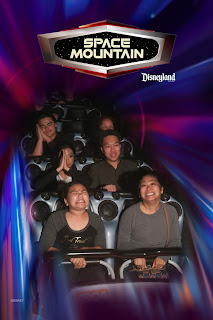 we'd also snagged one for matterhorn: 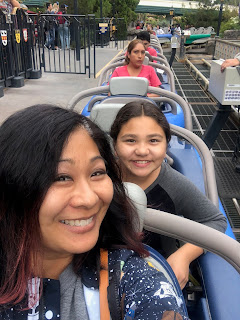 the bean had a rare craving for some popcorn, so we grabbed a scoop on main street and found a spot on the curb to sit and eat it as we waited for the pixar parade to begin.  she was really proud of herself for figuring out a way to get easy access to the goods once the top half was gone: 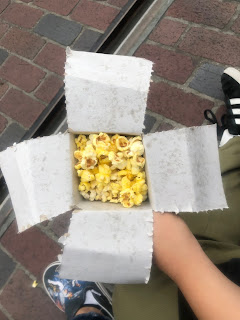 and then out of the corner of my eye i spied one of the VIP plaids coming through, followed by a super bright neon yellow jacket-clad guest.  i'd seen on instagram that the kardashians were in the parks, so i snapped this even though i wasn't completely sure which one it was (it was kim, as confirmed by the old lady when i sent this to her).  i'm not a fan AT ALL, so while i didn't really care about this "celeb" sighting i figured it was worth taking just so i could share it with you. 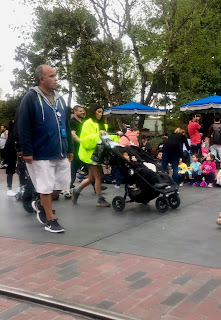 a few minutes later, her sister kourtney strolled on by. 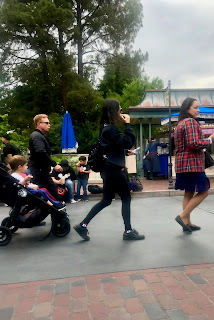 and it was right then that another cast member came over to tell us that if we were waiting for the parade, we were out of luck because we happened to be sitting on a section of the street that wasn't part of the route.  d-oh.  but by then, we were kind of tired and ready to head on out anyway.  so we got up, snagged one last selfie: 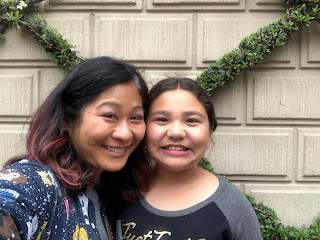 grabbed a couple of treats to go, and headed out.  our timing was pretty good, because there was no wait to get onto a tram and getting to our car and out of the structure was easy breezy.

hopefully we'll get to squeeze in a few more visits before all of the local school districts start letting out and the parks get even more crowded than they already are.  although that doesn't really stop us anyway.  we're still gonna go as often as we feel like it, crowds or no crowds.  it'll just get a little more challenging as it starts to warm up out there.