it's over!  the bean is officially a 5th grader...yikes!

of course, we had to take the required chalkboard photo. 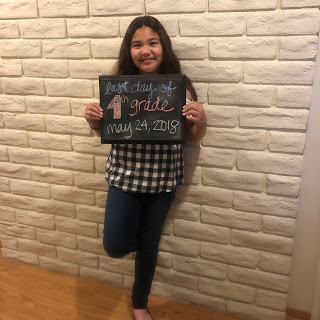 and of course, i had to do the side-by-side comparison of first day vs. last day. 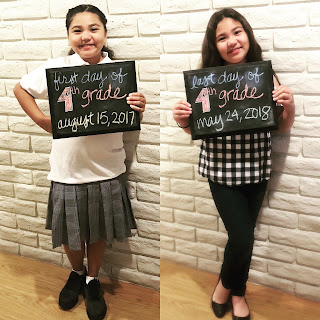 she was dropped off at the normal time, with my promise to be back in a couple of hours as i was bringing supplies for an ice cream sundae bar.  i had just enough time to head home, make myself some coffee, see the hub for about 5 minutes and then head back out to buy the ice cream.  my co-room parents were bringing the toppings and i had enough paper goods in stock at home to cover the class. 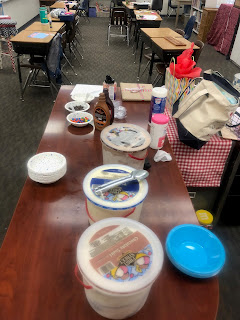 and once they'd devoured as much ice cream as they could, we balanced it out with something savory while they played games and watched "the lego movie." 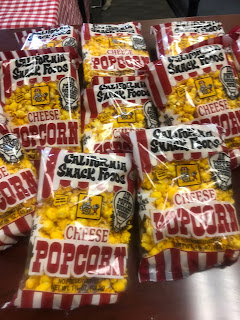 one more photo op with one of her oldest and best friends.  his mom and i are so glad they're such great sports about taking pictures together, even though they're getting older and tween-ier. 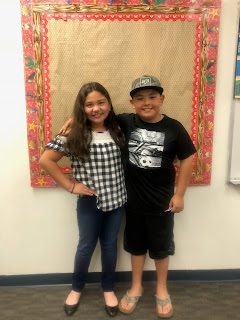 a little later, we headed over to the salon for my usual appointment and to trim off a few more inches of her hair.  she was super excited because she loves having her hair cut and blown out.  this is the only "before" shot i took: 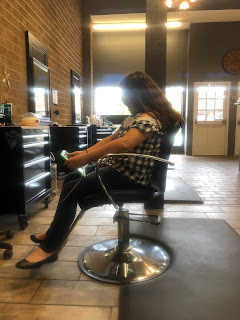 the stylist chopped off a couple of inches and then busted out the thinning scissors to help keep the bushiness at bay.  her hair was almost all one length, which made for somewhat of a weird al look (don't yell at me for that one, the hub came up with it).  and so with it thinned out a little, i think it'll be easier to maintain...and hopefully less tangly.  she loves it so much, and so do i. 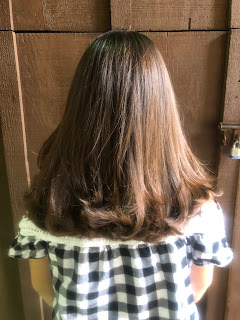 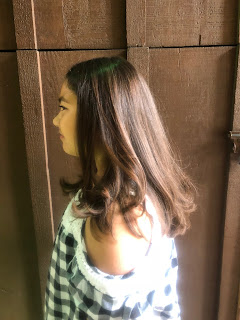 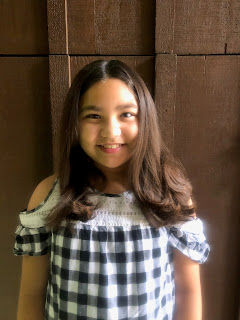 and then we headed out to the movies to catch the new han solo movie.  like my shirt? 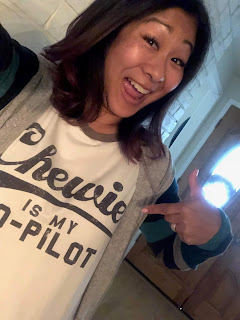 it was really good, by the way.  i wasn't sure if i was going to like it, but i'd say that even if you aren't a big star wars fan you'd be entertained by it.  we all enjoyed it, and i'm really glad we didn't wait to watch it.

Email ThisBlogThis!Share to TwitterShare to FacebookShare to Pinterest
Labels: haircut for the bean, last day of school