i was pretty shocked when the bean told me that she wanted to join the track and field team at school this year.  i mean, this kid hates to run.  the few times i've managed to drag her out for a 5K were kind of excruciating...for both of us.  but as i listened to her chat with her friends in the back seat, i realized that she was likely doing it not for the love of the sport, but to be involved in more activities with her BFFs.  either way, i was all for it and signed her up before she could change her mind.  heh.

the season really only went for a couple of months.  they practiced twice a week for two hours per session, and the first scheduled track meet ended up getting rained out (go figure...of course it fell on one of soCAs few rainy days).  the regular practices came to an end mid-april, and then the coach emailed to let us know that they finally had a chance to reschedule the track meet.  three schools would compete at a nearby school - a full month after practices had come to an end.  makes so much sense, but whatever.

the kids were released from class about half an hour early that day to get changed and board the bus to head to the field.  the old lady, the hub and i ended up meeting there as we were all coming from different directions.  when we got there, the team was just getting checked in. 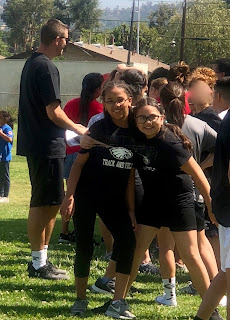 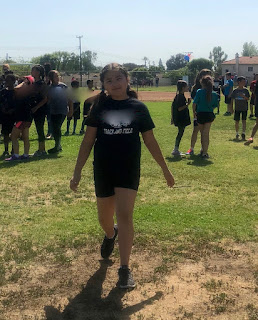 the bean was signed up for three events - a 200m race, a 4x50m relay and the softball throw.  the kids all hung out in the playground until it was time to start the show. 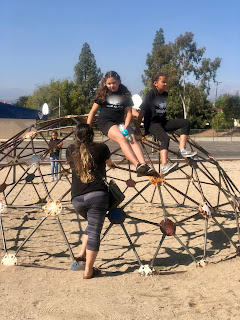 it was a while before they finally got to her race, and then they lined up. 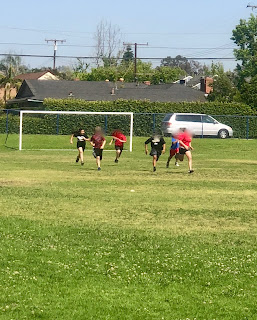 my girl is just like her mother - not fast.  like, at all.  but i give her a shitton of credit for going out there, giving it her all and having fun doing it.  she didn't even care that she came in last, and happily crossed the finish line. 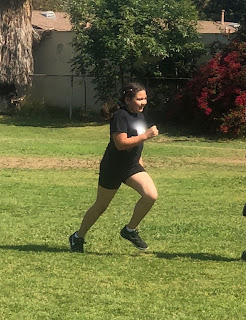 the softball throw was next.  not having a chance to practice this one, she hucked it as far as she could and then went back to the field to join her teammates for the relay. 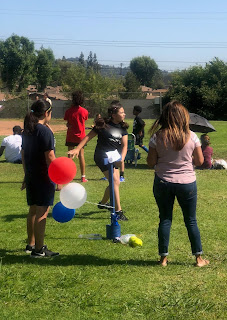 not before we got this selfie, though. 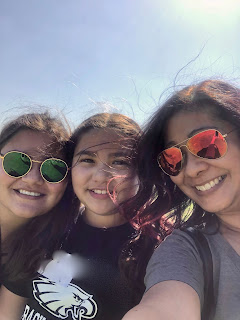 Email ThisBlogThis!Share to TwitterShare to FacebookShare to Pinterest
Labels: the bean runs too