while the bean was away at camp, the old lady and i set aside thursday evening to head down to our favorite place to soak in a little disney magic and grab some dinner. 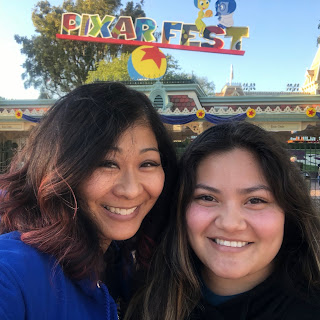 when we got into disneyland, the pixar play parade was going on.  most people were huddled along main street, while a handful of us were just trying to get through the area to get to other attractions.  we ended up at the tunnel just past the mad hatter store, which is always a fun shortcut to avoid all the traffic on main street especially during parades and fireworks.  we were among the last few folks to cross, so when we got across the street we turned around and realized we were in the perfect spot to watch the rest of the parade. 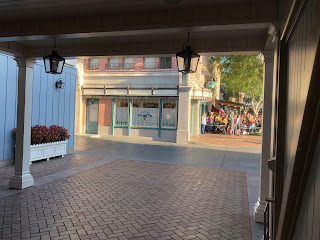 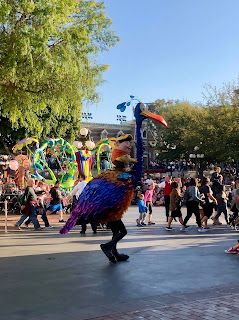 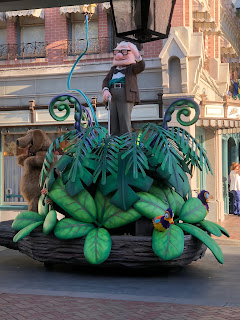 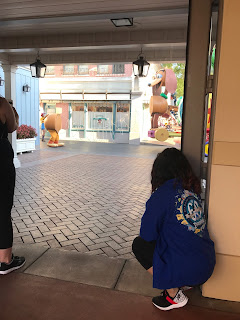 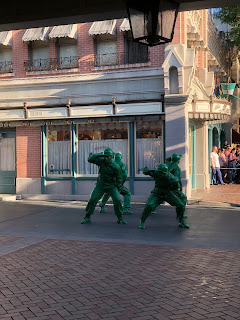 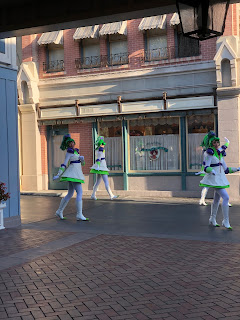 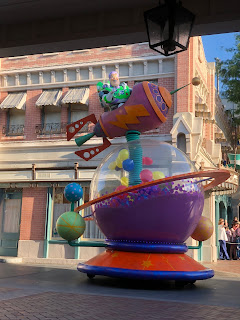 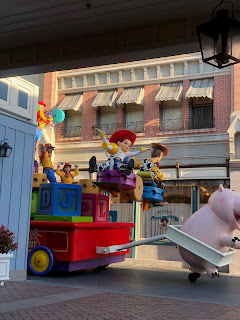 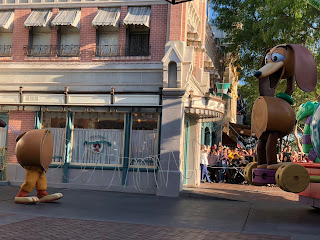 when the parade was over we headed through the tunnel to find some grub.  this was the first time i'd been through that way in the daylight, not to mention without a zillion other people.  i love looking at the vintage attraction posters that are displayed on the walls. 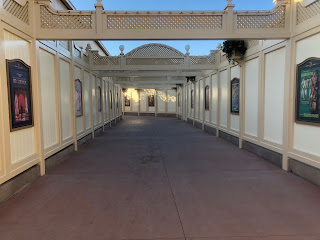 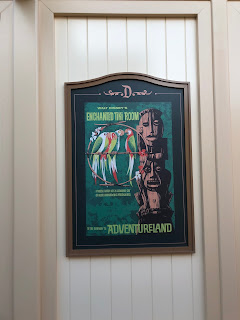 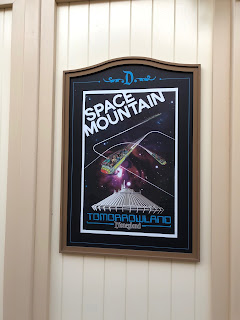 when we emerged from the tunnel, we were greeted by a colorful bunch of balloons. 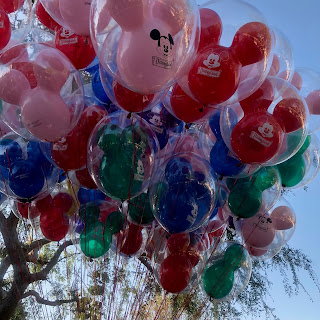 and then we realized that while we'd seen the end of the parade, it was still coming down main street. we ended up having to wait a few minutes before we could cross the street, and saw a few of our pixar friends again in the process. 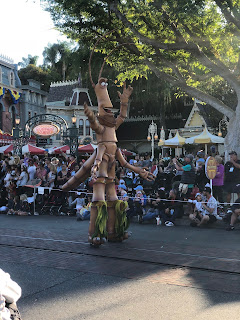 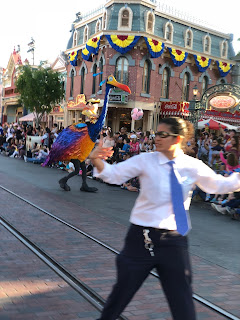 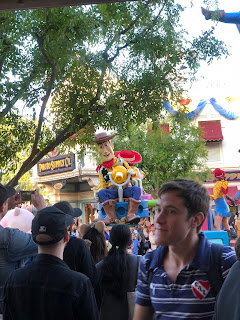 our destination was refreshment corner, so that the old lady could try one of the pixarfest's special menu items: 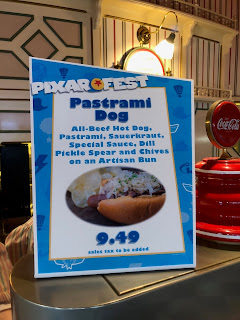 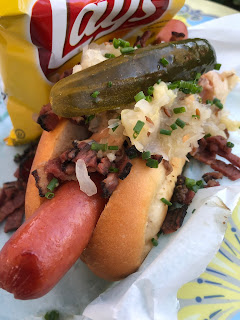 i opted for one of the bacon mac & cheese dogs instead, since i hadn't had one in at least a couple of years or so. 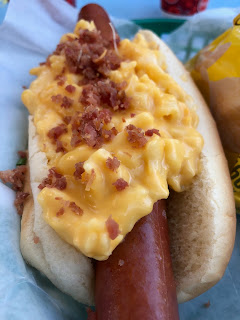 it was really crowded that evening, and breezy and chilly (for so cal, anyway) to boot.  we walked around a bit and then decided to take a ride on the mark twain steamboat.  as it traveled through the rivers of america, we got a glimpse of the new star wars-themed "galaxy's edge" land. 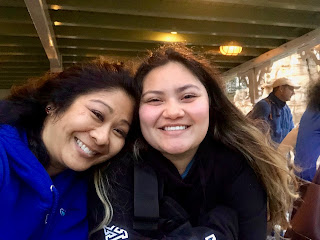 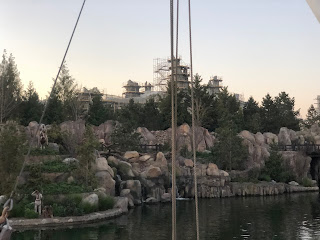 we decided to stop at plaza inn to grab some dessert before heading home.  this is the pixar lemon-raspberry cake:  lemon, blue vanilla and red velvet cake layered with raspberry puree and cream cheese frosting, and that familiar pixar ball done in white chocolate on top.  it was really good, and perfect for sharing. 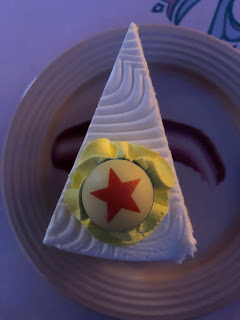 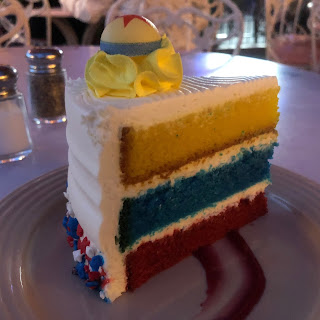 on our way out, we walked through downtown disney to browse in the new disney dress shop and home store.  there's lots of super fun merchandise in there, and we giggled at this mug that the old lady couldn't help but model for me. 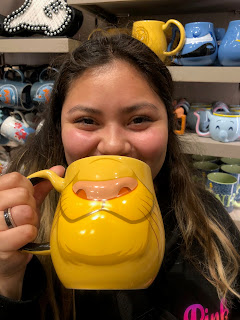 there's still lots of pixarfest food and snacks for us to sample, so we're planning on hitting up the parks a lot between now and september 3rd.  nothing like eating our way through all the disney special events!
at May 08, 2018