with the school year winding down to a close, the bean had one final project to complete before open house.  the kids had been tasked with finding their closest relative who moved to california from another state or country, and they were to interview that person with a list of questions provided by the teacher.  the second part of the project involved putting together a display using a small suitcase or hatbox or some sort of decorative container that showed some things that that person may have brought with them.

while the bean could easily have chosen me, since we moved here from maryland when i was 7, she thought it would be more fun to talk to her lola and learn about when she emigrated here from the philippines.  of course, that meant cutting out the whole part where she actually lived in new york and maryland before coming to california, but that's okay.  it would make for an interesting report and display, and we got my mom to come out for a quickie overnight visit.  she arrived with a bunch of fun items that the bean could use for her suitcase, and they spent some time together chatting about what it was like for my mom coming out to the u.s. so many years ago.

with the written part of the project pretty much done, we turned to the suitcase to figure out what she wanted to put in it, along with choosing snacks to put out for open house (where the project would be displayed).  as soon as she decided that the project would be about the philippines, the bean had hit me up immediately to make a batch of puto to share with her class and open house visitors.  my mom also threw out the idea of polvoron, a tasty treat that made the old lady's face light up as she remembered it from her childhood.  we found an easy recipe online for it, and so while the bean was at school i got to work on making a batch of it.

there are just a few ingredients, with the main one being flour toasted in a pan over medium heat till it turns a golden brown.  it's an easy process, but i'm impatient and the 10 minutes it took to complete seemed more like 100. 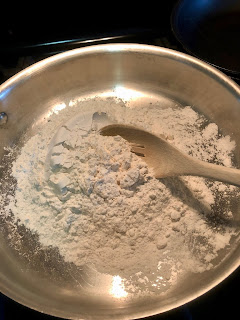 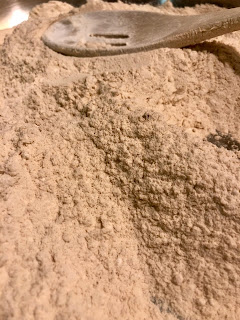 after you let the flour cool down for a few minutes, you add some of this to it: 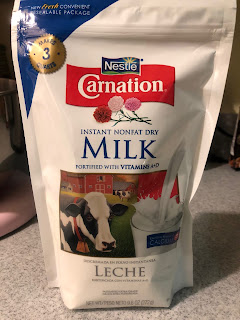 and then some sugar gets mixed in, and the binder to hold it all together?  melted butter.  it looks kind of like beach sand when it's done. 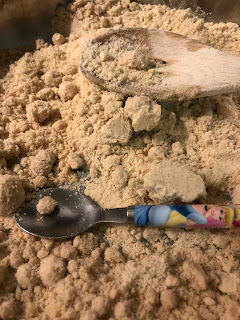 there are special molds for making polvoron, but i of course had no luck finding one in the local filipino markets.  i didn't have time to order one online, and so i had to improvise.  i found a small round cookie cutter and by some miracle, found a piece in my baking accessories that fit inside it perfectly to push the mixture down and pack it tightly.  i scooped some into the cutter: 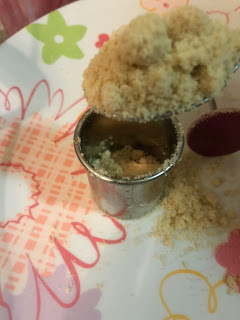 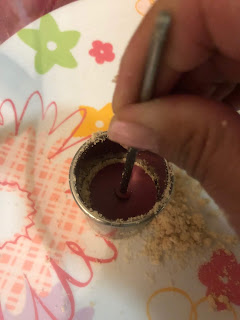 and out came a slightly misshapen piece of candy.  good enough. 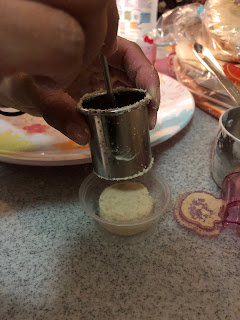 the traditional way to serve these is to wrap them individually in brightly colored wax paper, but i didn't have any.  the old lady came up with the best idea, though - we placed them in little plastic cups  with lids, making them easy to transport and to serve without having lots of fingers touching the candy. 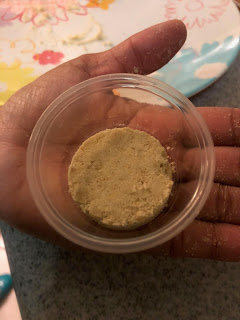 like her sister before her, the bean's favorite color these days is green.  well, really more of a mint green, but whatever.  and so when i made the puto, i used a little green food dye and then packaged them up like the polvoron and i sent the bean to school with lots of these to share: 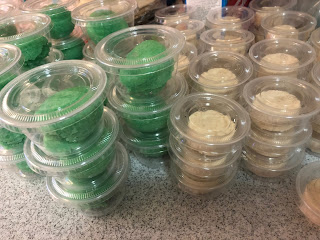 when we got to open house, her display looked pretty awesome. 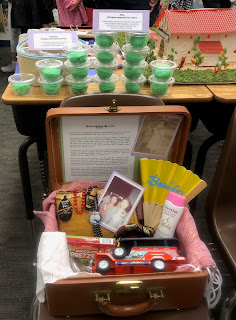 it was right in front of the mission project that she'd worked on with a group in class.  it turned out really well too: 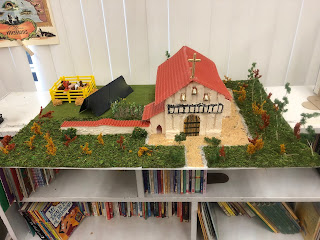 and i love when they do projects that involve taking pictures of themselves.  this is just one of those: 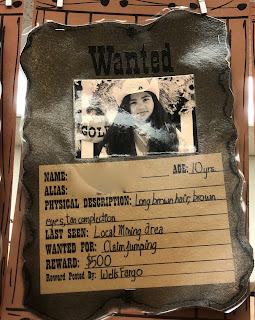