kicking off summer at the bowl

we love going to the hollywood bowl, and this past weekend was our first visit of 2018.  and it was for something super fun - "beauty and the beast" in concert!

although we noticed something when we arrived at the valet parking lot this time...they raised the price by $10.  yikes.  still, it was so much nicer than taking the shuttle.  i think the old lady and i both have a little PTSD from the last time we did that, because it took us forever to get to the shuttle stop after the show and almost missed it altogether. 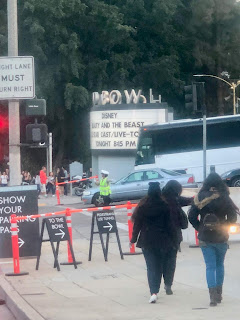 another bonus to valet parking is that you manage to avoid the gigantic crowds at the security checkpoint and entrance to the venue.  there's still a bit of a wait, but it's not very long and sometimes you spot a celebrity or two.  and this way you get to check out the merchandise tent too.  always a good thing.  and as we waited in line, we tried to get a glimpse into the VIP tent (but didn't see anything good, boo). 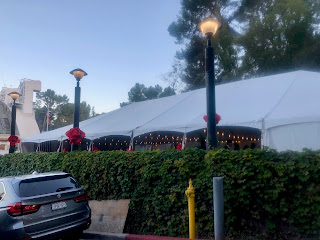 our seats were in section D, which is off to one side but is wedged in between sections of box seats and offers a pretty good view of the stage. 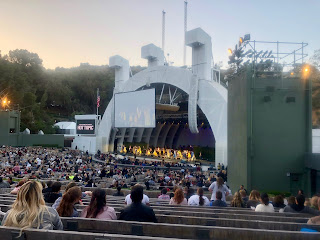 we spotted some of our friends sitting in the row in front of us, and nanette and her girls came over from their box to say hello.  there was lots of activity going on with people making their way to their seats and heading off for food and stuff, so i settled for a picture of the bean with nanette's em, who was appropriately dressed for the occasion. 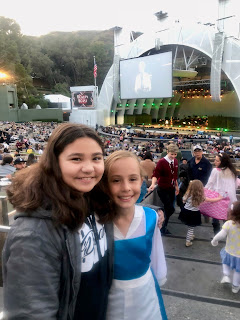 while the old lady and her special friend were off in search of some wine, the bean and i happily sat back in our seats and watched the d-capellas, who were doing mash-ups of classic disney songs down on the stage. 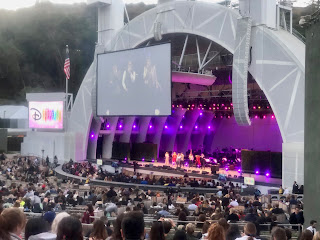 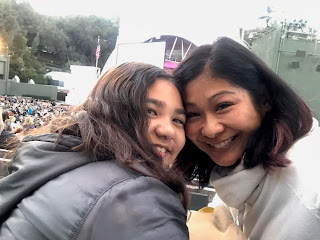 lilcee and her family arrived not much later, and the girls were super stoked to see each other again. 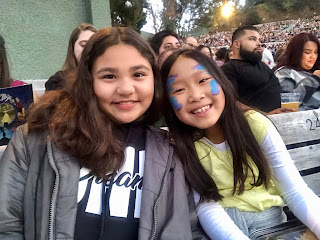 and we managed to get this quick shot with our friend winnie. 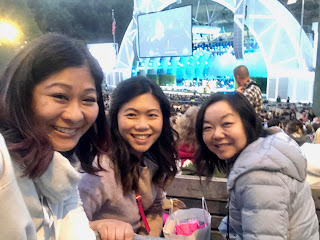 one more selfie before showtime: 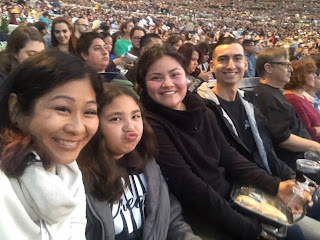 and then it was time. 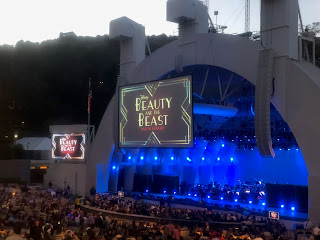 zooey deschanel played belle, while taye diggs came out to sing for gaston. 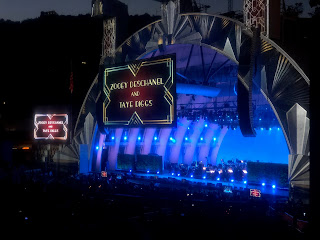 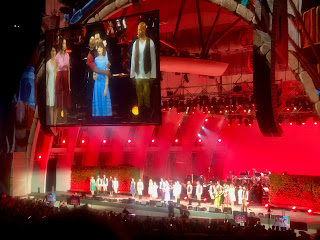 but everyone's favorite was rebel wilson, who burst out onto the stage as gaston's sidekick, le fou.  she was fantastic and hilarious, just as you'd expect. 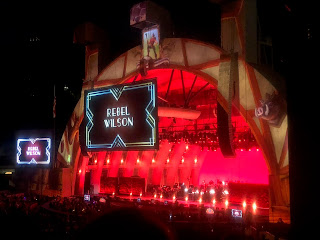 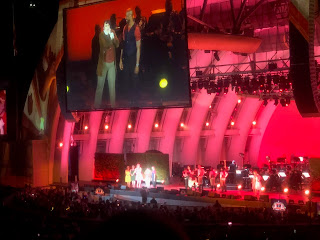 kelsey grammer was lumiere, and he did a great job of belting out "be our guest." 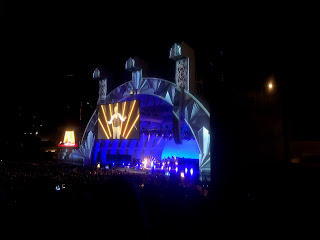 jane krakowski came out to sing the part of mrs. potts, and she did a mighty fine job. 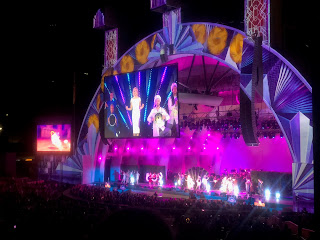 we were so entertained that it was kind of a bummer when it was time for intermission. 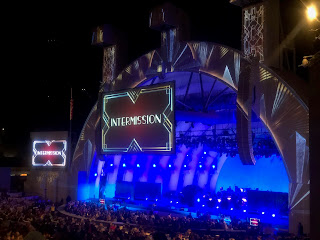 as we waited for the show to start again, we were treated to a live violin and cello performance by sandy cameron and tina guo.  they were awesome. 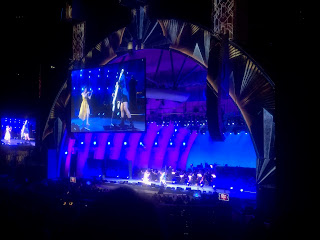 when it was time for the "kill the beast" number, the folks in the back got to see rebel and taye up close, as they popped up to sing the song while being perfectly framed by the projections on the bowl.  we didn't have a great view of it, but i'm sure it looked awesome from the seats back there. 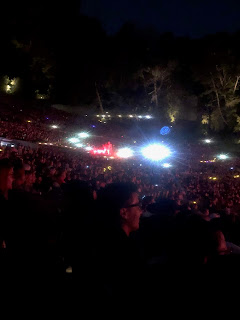 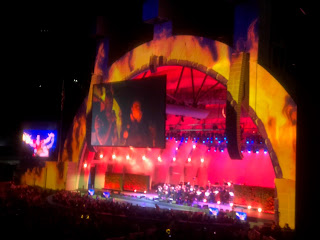 and then when the movie was over, i was (very pleasantly) surprised when the hostess introduced alan menken, who's won oscars for songs he wrote for not just beauty and the beast, but little mermaid and aladdin as well.  he sat down at the piano and sang a few of those songs, which was really cool. 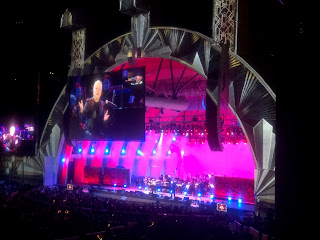 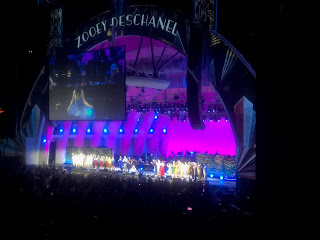 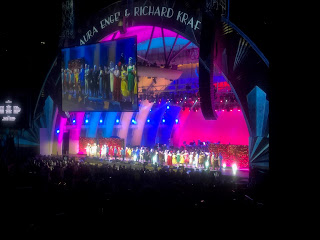 and a couple of last photo ops before we made our way out of there. 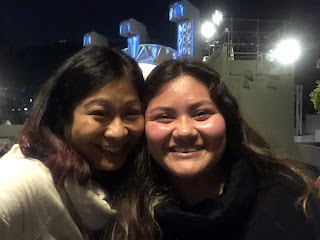 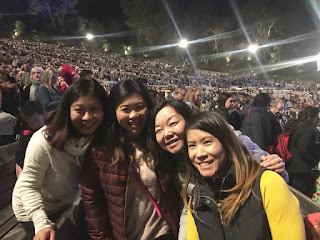 we don't have tickets for any other shows at the bowl so far for this summer, but i'm hoping we'll head back at least one more time.  we always have such a great time there, and it's one of my favorite places to see live shows.
at May 30, 2018