so you know how i almost always head into disneyland on my birthday...it's pretty much an annual tradition for me.  but this year it was a little tricky, what with september 18th falling on a tuesday during a week that the bean was prepping for a 3-day science camp out on catalina island.  the hub and i had been talking about going to the 'land for a day date for months but had never found the right time, and so we decided that it made the most sense for us to kill two birds with one stone a day late.  this way we weren't rushing to get back home at any particular time for school pick-up, and we could take our time and hopefully take advantage of what passes for off-season at the happiest place on earth.

after the bean was safely on the bus with her classmates to camp, we headed home to get changed and make our way down to anaheim for a day of fun.  it's also become tradition for me to make myself something fun to wear, and this year was no different.  i put on my fun new skirt, snipped the tag off of my sparkly new birthday ears, and sat back to enjoy the ride. 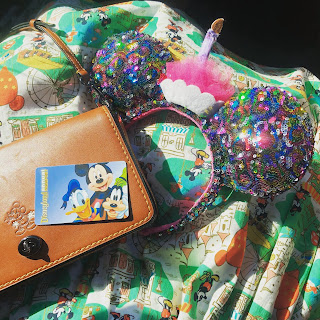 we were a little taken aback to see super long lines to get into the parking structure.  so much for my hopes for an easy breezy weekday jaunt to disneyland.  checking social media told me that not only was it the first night of the annual halloween parties, but that a special halloween-themed collectible popcorn bucket had also just been released that morning.  it sounds a little crazy, but popcorn buckets are serious business for the hard core disney collectors out there.  no worries, though - we were going to have a great day no matter what. 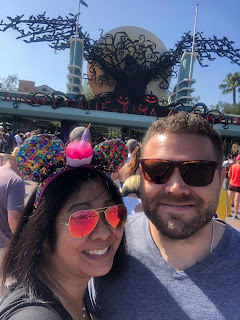 i snagged us fastpasses for the guardians of the galaxy ride, which also gave us some time to walk around.  it'd been quite a few months since the last time the hub had been at california adventure, and so he wanted to check out pixar pier and other stuff that's changed in the last year.  our fastpass window opened up about half an hour after we arrived, and we were on the ride in no time.  he'd done the tower of terror a handful of times before, but this was the first time he was getting to see it since it's been re-themed.  it was a blast, as always. 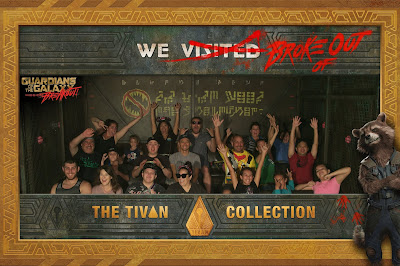 we had a lunch reservation at cathay circle, and the halloween party meant that disneyland was closing early that evening, and so we decided to head over there for awhile.  as we made our way down buena vista street towards the exit, we ran into an old friend who didn't have time to stop for a picture with me, but i got one anyway. 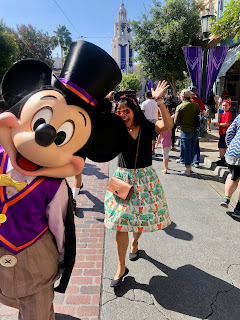 with fastpasses in hand for space mountain, we decided to enjoy a leisurely ride around the magic kingdom on the disneyland railroad. 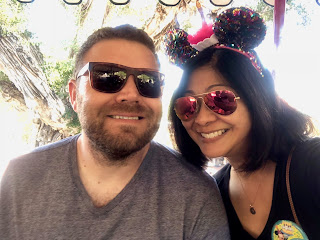 and what's a trip to disneyland without a couple of castle pictures? 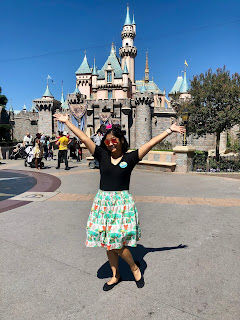 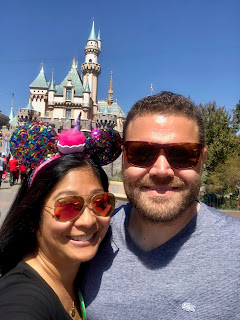 after we took our turn on space mountain, we found time to squeeze in a pre-lunch stop at big thunder mountain. 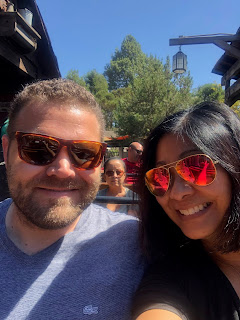 at carthay circle, we were seated at a small table where we sat down and perused the menu. 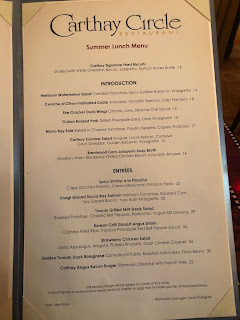 martini for the hub, pimm's punch for me (because i clearly hadn't had enough pimm's the night before). 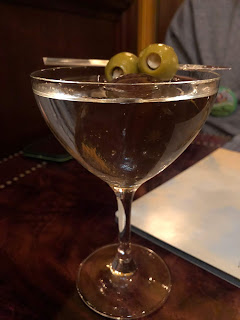 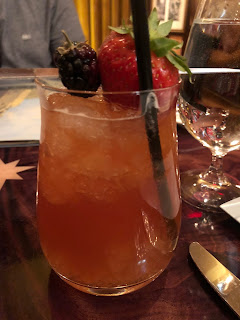 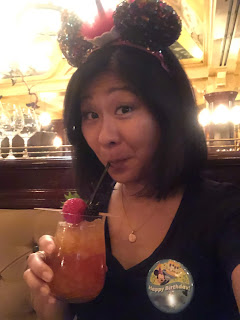 with the hub still on his low-carb/keto diet, i got to enjoy an order of their special fried biscuits.  these are served warm and stuffed full of jalapeño white cheddar cheese and bacon, with a delicious honey butter on the side. 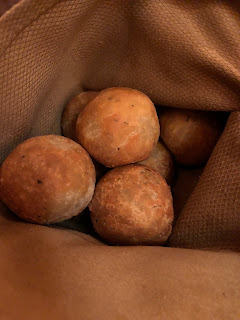 the unagi glazed soy salmon was really, really good.  i enjoyed it far more than i'd expected. 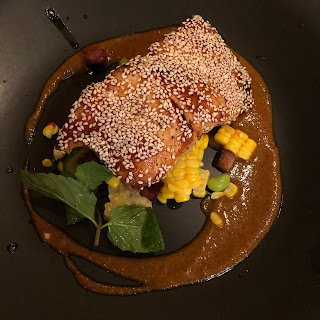 and my s'mores cake came out with a fun birthday greeting on it. 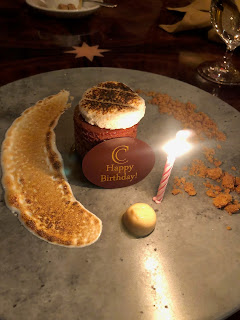 even better, a little while later the hub and i headed to the grand californian hotel, where i got to head into the spa while he enjoyed a cigar and adult beverages on the patio at napa rose restaurant. 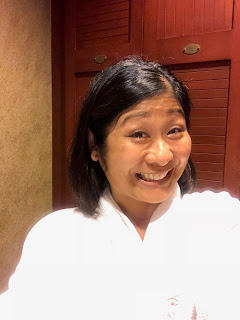 i was treated to a fantastic 80-minute long massage, which included hot stone therapy and a coconut something-or-other scalp treatment.  it was lovely to take a long hot shower afterwards to freshen up before joining the hub on the patio that overlooked part of california adventure park.  not too long after that, the old lady and her special friend joined us and we all enjoyed cocktails and a couple of appetizers before dinner.  this was the hamachi and lobster served with heirloom tomato relish: 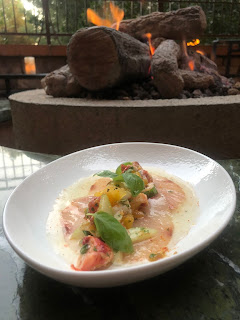 and the heirloom tomato salad with a housemade crouton and apple bacon cider vinaigrette. 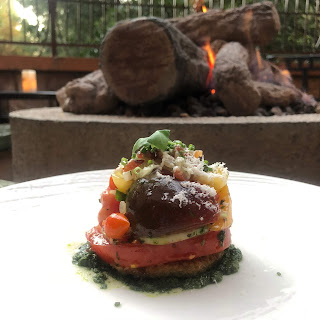 as we walked through the grand californian on our way to downtown disney, we found a fun station with halloween treats near the lobby.  the hub bought us a round of chocolate chip cookie shot glasses filled with rumchata.  they were so good: 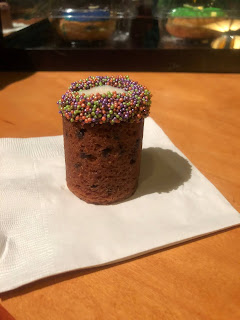 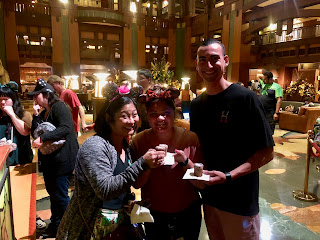 we ended up being seated at naples for some pizza and salad, and when the balloon artist stopped at the table the old lady and i each got something fun. 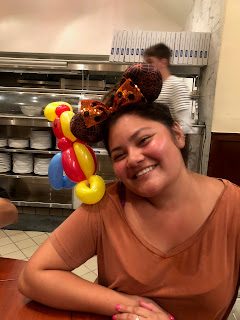 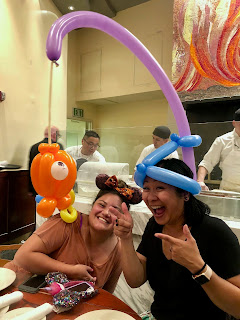 it was a great end to a really fun day.  another disneyland birthday celebration, check!
at September 24, 2018