getting our money's worth on those season passes

as crazy as it sounds, the bean and i have managed to squeeze in two more trips to the fair in just the last week.  i guess buying those season passes months ahead of time really paid off for us this year, huh?  so first, we headed down with the old lady one evening after school and realized how much nicer it is to go during the week.  it wasn't exactly empty, but it was definitely a lot less crowded than the first two times we'd gone. 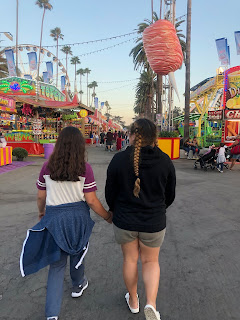 since we had some extra ride and game tickets left over from our last visit, we decided to let the bean do whatever she wanted for the couple of hours we had to spend there on a school night.  of course, she wanted to play games. 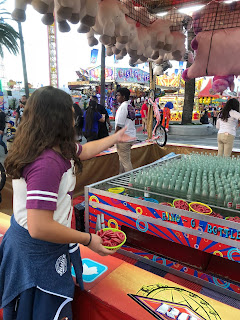 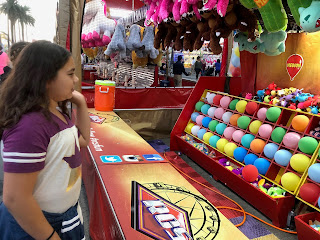 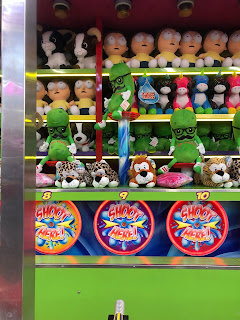 she managed to win enough prizes for each of us to pose with. 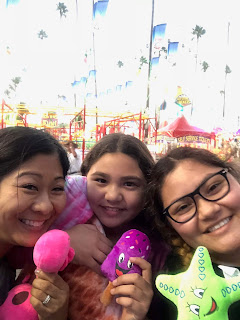 back at chicken charlie's, the old lady finally got to order her chicken ramen burrito.  she was pretty excited to bite in and find that it was sprinkled with crushed funyuns...which is always a good time. 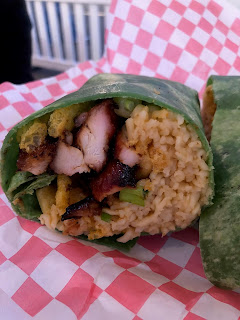 the bean opted for the maui shrimp bowl: 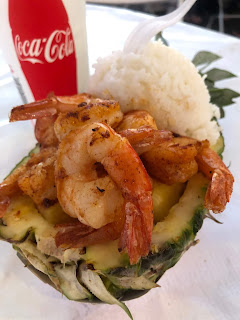 and i, of course, had the unhealthiest meal of the bunch with my bacon-wrapped shrimp on a stick.  go big or go home, amirite? 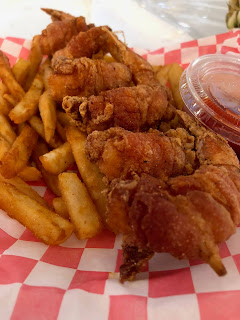 i'd remembered to pack some quarters this time around, and so even though we weren't particularly tired we all took a turn on those footsie wootsie machines...because as silly as it seems, that thing is quite effective and really makes your feet feel great afterwards. 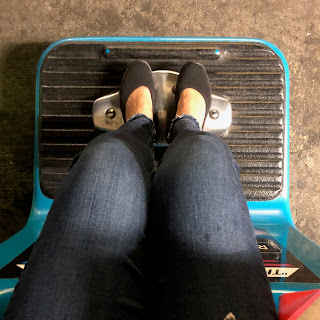 after grabbing another sleeve of those fresh baked chocolate chip cookies, we went and said hello to the clydesdales, who were enjoying their evening meal and didn't pay us any attention. 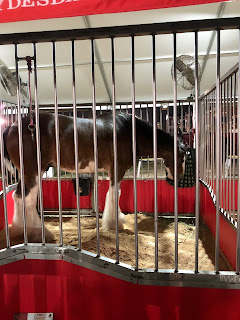 and then yesterday, we made our way back to the fairplex - this time with one of the bean's oldest buddies, his sweet little sister and their mom, who i adore.  they had a blast going into all of those silly carnival fun houses, and then the bean talked them into doing this huge super slide with her: 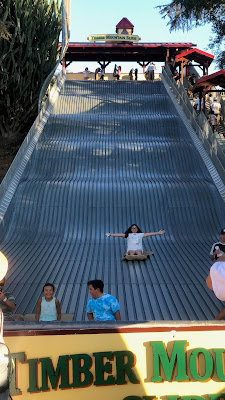 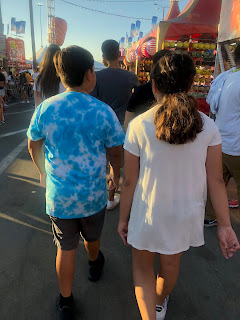 and i finally got my full serving of those caramel crack fries.  they were just as good as i remembered.  such a weird combo, and yet they really do live up to their name. 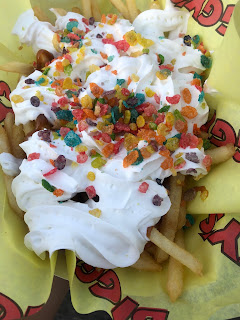 as we walked around, watching the kids have a ball going into fun house after fun house, we stumbled upon a whole section of inflatables.  these, of course, required a whole separate set of tickets...which we happily paid so that we could watch them do fun stuff like this: 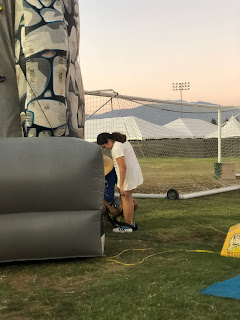 and then they climbed into these giant puffy balls and ran around like hamsters on a wheel, bumping into each other and falling all over themselves, getting sweaty and giggling and having a wonderful time.  and it happened to be in a fairly quiet area of the fair, where there weren't a ton of people and they had the thing to themselves.  the attendant was a nice chatty older gentleman who let them play as long as they wanted to, and until other kids finally showed up with tickets in hand. 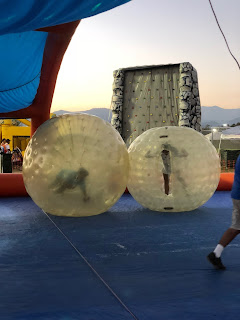 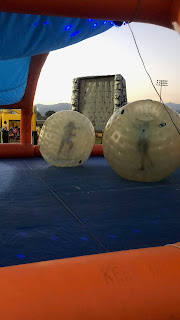 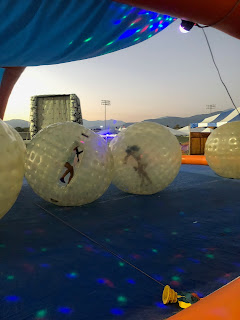 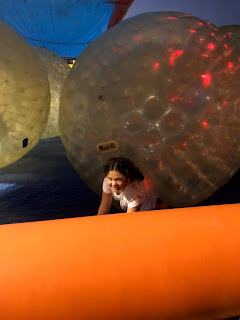 when they finally emerged from those giant bouncy balls, they were happy to replenish some energy with some of those freshly baked chocolate chip cookies that just so happened to be right next to us.  how convenient! 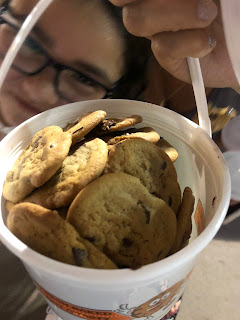 the bean found this abandoned fan on a nearby table and handed it to me.  as shitty as it is, i do love me some stella rosa "wine."  heh. 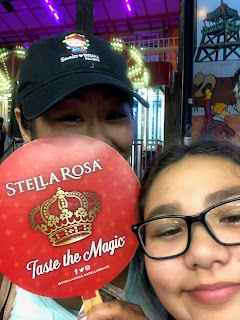 they went through one last fun house twice: 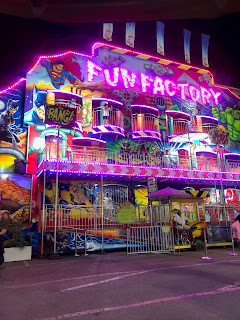 and then just as we had them talked into leaving because it was already past bedtime on a school night, they begged to go on the log ride before going back to the car.  i mean...it's awfully hard to say no to three kids who are all giving you puppy dog eyes.  especially when they're all really good kids anyway.  heh.


we still have some tickets left over, and with at least a couple more weeks of the fair left to go...well, we're already making plans to go together again.  at least one more time.  because why not?  after all, there's still plenty of fair food left to try.  oh yes.
at September 10, 2018

Email ThisBlogThis!Share to TwitterShare to FacebookShare to Pinterest
Labels: friends make everything better, going to the fair