a little disney for easter

it will come as no surprise to anyone that the bean and i headed down to disneyland to close out our easter sunday.  i wasn't sure how great of an idea it would turn out to be, because the crowds are so unpredictable at the 'land these days, but we were pretty excited to find a great parking spot and practically no lines to get through security and onto a tram to the main gates.

we decided to go into the disneyland side again, and the mickey's soundsational parade was in full swing by the time we got inside.  as we started heading down main street, i remembered that there was a sneak preview of the upcoming live action "aladdin" movie at the opera house that normally houses the abraham lincoln exhibit.  we decided to go inside and take a peek at the movie props that were on display before heading into the theater to watch the preview. 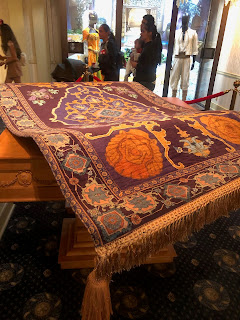 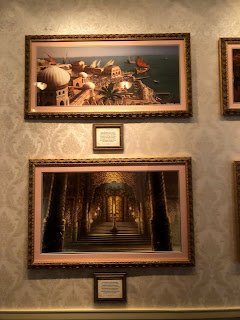 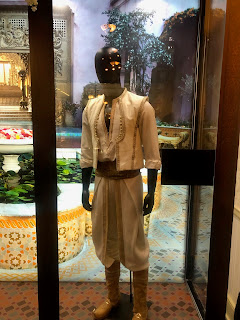 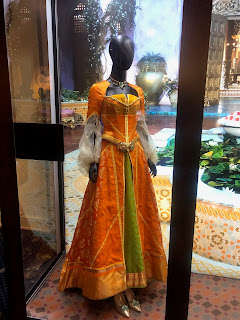 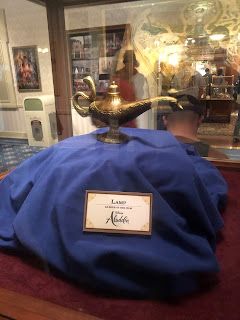 while i'd been some what skeptical about this movie before, seeing an extended sneak peek got me a lot more excited for its release.  will smith seems to have done a pretty good job of taking the genie character and infusing him with his own brand of comedy and charm, and now i can't wait to see it.

as we exited the building, we spied a fun photo op off to the side next to the prize redemption station for the easter egg hunt.  i saw people standing in line, but it looked like they were all waiting to collect their prizes and so the bean and i scooped up props and snapped a couple of quick pics. 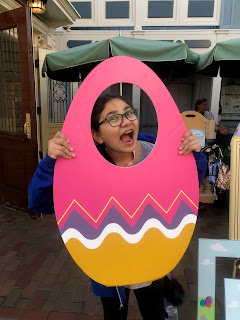 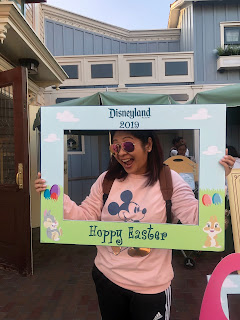 except that as soon as we put them down the people waiting in what we thought was the egg hunt line walked over and picked them up to take pictures of their own. sooooo it seemed that we'd completely obliviously cut right in front of a whole line of people who were waiting patiently for a turn.  damn.  we were so mortified we scampered away with our tails tucked between our legs and got the hell out of there.  a little further down the street, we took this and sent it to the hub: 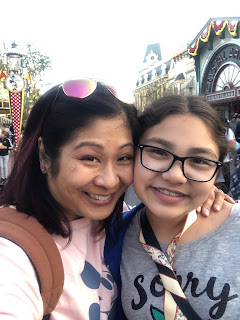 we had fastpasses for big thunder mountain in about half an hour, and as we were walking at a leisurely pace through frontierland i consulted the disneyland app and found that the wait for pirates of the caribbean was just 5 minutes.  we headed over and sure enough: 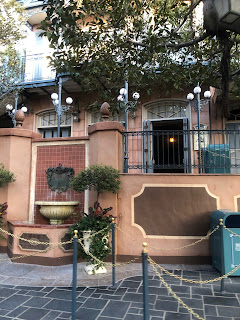 we walked right on and were sitting in the back of a boat in even less time than what was quoted.  yay! 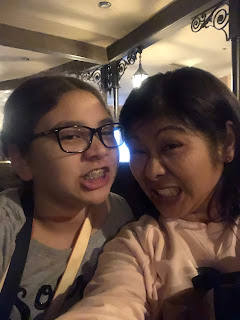 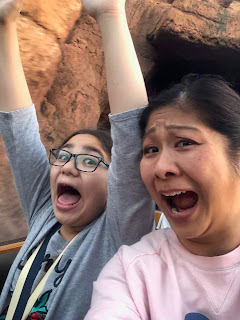 from there we decided to head over into california adventure and grab fastpasses for the incredicoaster, which had such a short wait that by the time we made our way back there we were all to scan them in and get right on. 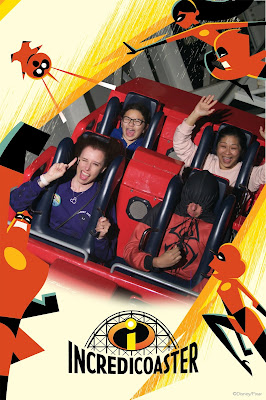 the bean adores the giant "jack jack num num cookie" and sweet talked me into buying her one to munch on as we meandered around the pier.  there was zero line for the jumping jellyfish ride, which is one of the things the old lady doesn't really love but we do.  we try to do those types of attractions when she isn't with us, and we were happily sitting down and taking our little bouncy ride in no time. i love the great views of the park we get from the top. 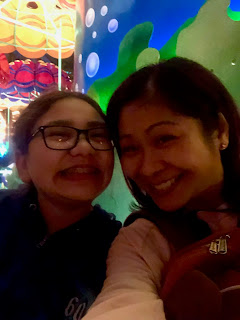 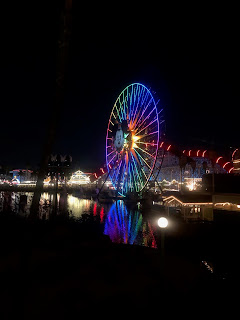 we'd snagged a fastpass for goofy's sky school just across the way, and walked right up to the loading area right after we got off of the jellyfish. 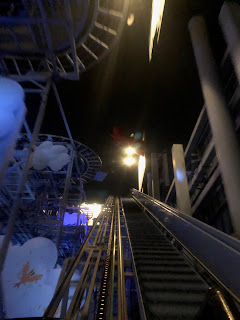 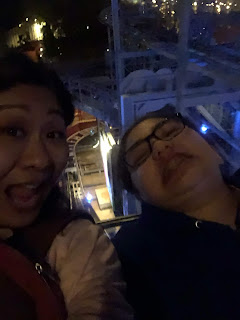 the food & wine festival was winding down to a close, and since we still had a few tickets left on our sip & savor pass we stopped at one of the kiosks.  the bean loves the salt & pepper parmesan wings, and i decided to try the beef tenderloin slider served with chimichurri sauce.  i was pleasantly surprised at how tasty and substantial it ended up being. 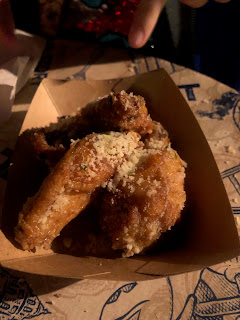 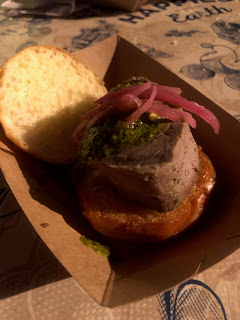 the line at award weiners was also practically nonexistent, and so we stopped and picked up another serving of those delicious cookies & cream "get your ears on" funnel cake fries. 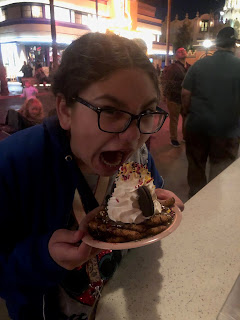 the bean still had a gift card burning a hole in her pocket, and a stop at the toy shop on the way to the exit yielded a mystery pouch from disney's new "wishables" plush toy line.  she chose one from the snacks theme and ripped it open to find the popsicle inside. 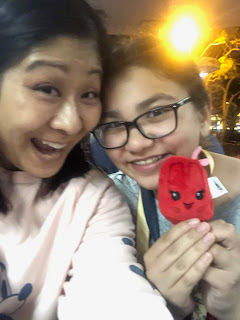 we'd planned on staying for the fireworks, but decided we were pretty tired and that we'd managed to soak in a good bit of disney magic in the short four hours we were there.  one of these days we'll actually get to see those fireworks, but this was not that day.
at April 25, 2019