whenever a holiday is coming up that involves picking up fun stuff at target to give to the girls, i usually try to shop for it as soon as it becomes available so i score all the best goodies before it gets picked over.  of course, that usually means i'm stashing it away several weeks ahead of time and then forgetting all about it until - oh, typically the night before.  or the morning of, as was the case for easter this year.  heh.

the old lady and her special friend were out in the desert, for weekend #2 of coachella.  in fact, they were already there that morning waiting for kanye's easter sunday service. 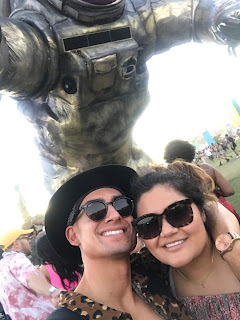 lucky for me, that meant not having to scramble to put something together for them too.  i had an extra day to figure that one out.  ha!

i'd made arrangements for some plastic easter eggs to be tossed onto the front yard via a fundraiser that didn't end up happening, which kind of sucked because i'd been relying on it to provide the bean with a fun easter morning activity.  i didn't even realize until it was pretty far into the morning that it wasn't actually going to happen, and without a backup plan i figured i'd better put some sort of easter basket together after all.  yeah, the bean is a little old for all that easter bunny brouhaha, but she still gets a kick out of it and we all know how much i love corny crap like that.  so i dragged my butt out of bed to pull out the stash of easter goodies and figure out a way to make it happen.

of course, i'd completely forgotten to pick up some sort of vessel to use as the "basket."  i didn't have any old ones from previous years, nor did i have a non-"happy birthday" or "merry christmas" gift bag to bust out.  dang it.  but as i looked around the sewing room, my gaze fell on the old liberty of london hatbox i use to store spools of ribbon and figured it would make a pretty decent substitute.

i started tossing all the stuff into it and then realized that it looked terrible.  it needed some sort of stuffing to make it look nicer, and without any of that fake grass to use i settled on crumpling up sheets of tissue paper. 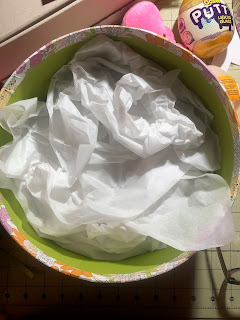 and then i noticed that some of my pre-cut ribbons were green.  in they went. 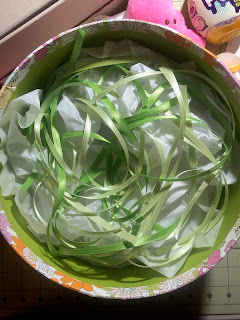 i arranged all of the stuff i'd bought and took it out to the dining room table for the bean to find when she finally got up, and i think it turned out okay: 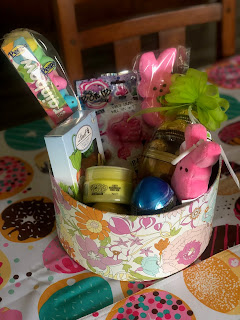 i knew i'd done good when she came out and saw what was waiting for her.  the "basket" was full of stuff she'd been eyeing, and she was pretty happy. 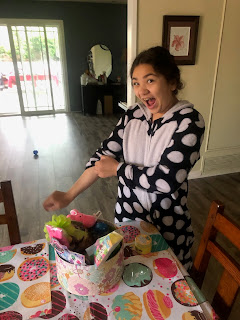 of course, the first thing she went for was the marshmallow-scented slime.  and inside were some mini rubber duckies, which was cute and a little creepy at the same time. 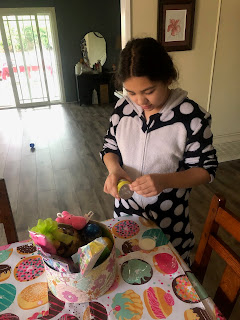 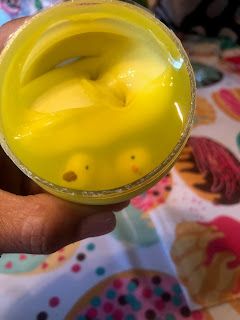 this was the one thing she'd specifically asked for, so she was super excited to find it in there. 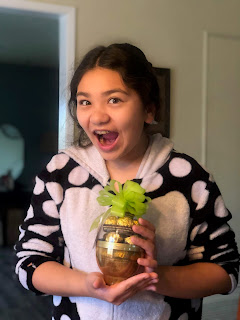 and there were two more eggs filled with colored silly putty that she immediately swirled together. 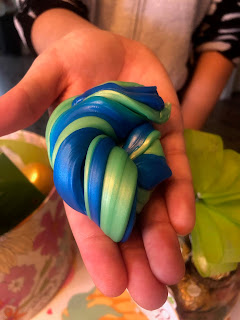 when else is it okay to have a giant marshmallow peep on a stick for breakfast? 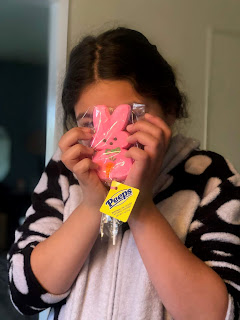 well, sort of.  we actually had reservations for brunch out in pasadena, at del frisco's grille. 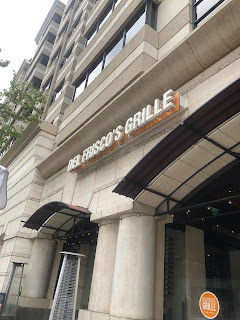 the first thing we noticed on the menu was the cinnamon roll as a starter.  um, yes please.  and we were pretty startled when it was served and found that that thing was as big as our heads. 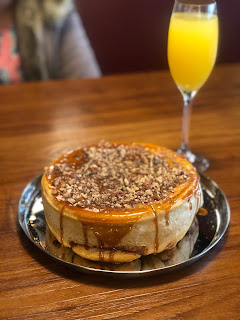 i went with the jumbo crabcake benedict, which was served with a cajun lobster sauce instead of the traditional hollandaise.  not my favorite, but that's okay. 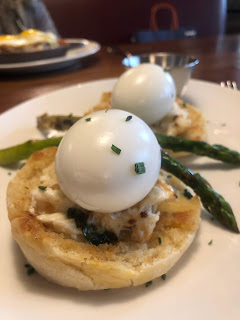 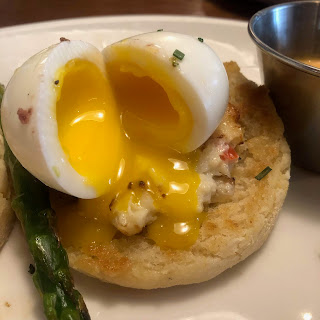 the hub ordered steak and eggs, which he happily shared with us because the steak was gigantic.  and delicious. 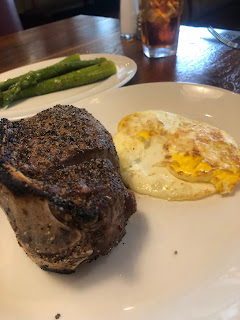 as for the bean, she was brought the wrong entree at first - this was the short rib hash, which still looked really good but wasn't what she'd actually ordered. 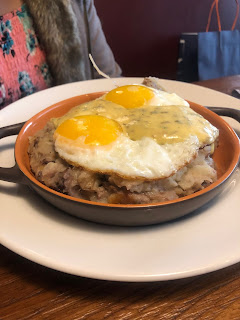 the server and manager were full of apologies for the mixup, and put a rush on the braised short rib stroganoff for her.  it came to the table in record time.  this was also super delicious, so i guess i was the only one who apparently made a bad choice from the special easter brunch menu.  oh well. 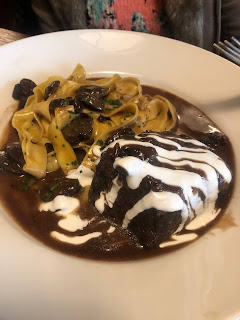 didn't matter.  we still had a great time and enjoyed plenty of tasty food.  and we had half of that gigantic cinnamon roll boxed up to take home.  gotta love sunday brunch! 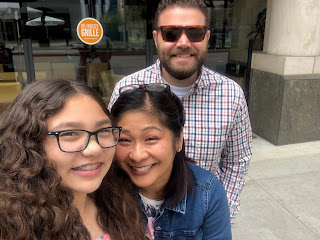