sewing and upcycling and cookie-ing

i got a bug up my butt to make stevie a shirt one day, and found that they were so much fun that i ended up making him not just one, but four.  they're a quick sew, and i managed to use up some chunks of fun fabric from my scrap bin that i wouldn't really have known what to do with otherwise.  when i sewed up the first one, i didn't know when i was going to see him again and so i found one of the bean's stuffed animals and used it as a model.  it fit perfectly. 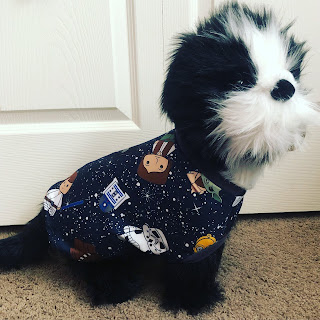 and on the day i made the other three, the old lady and her special friend came over for dinner and i was finally able to see them actually on him.  he looks super excited, yes? 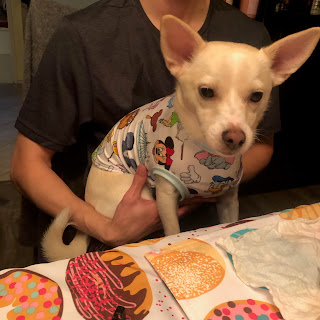 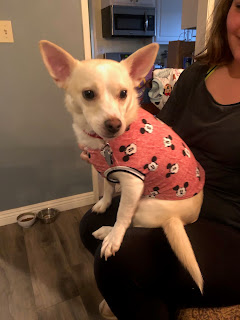 that same day i had found some time to try out a new tank top pattern for myself and used some of my "friends"-themed fabric.  you'll have to pardon the mess behind me as i was trying to clean as i went and stuffed a bag full of scraps and other trash. 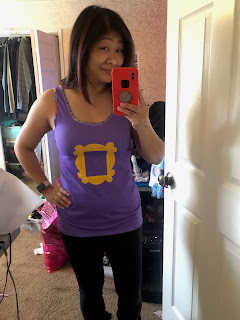 i had lots of the "friends" fabric left over and that's how stevie and i ended up twinning. 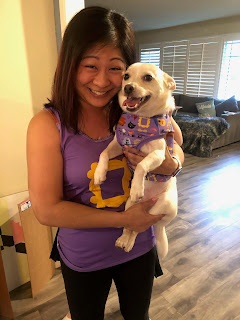 a couple of days later, the bean had a "mismatched day" spirit day at school.  this gave me a great excuse to pull out even more scraps and sew up a crazy outfit for her to wear. 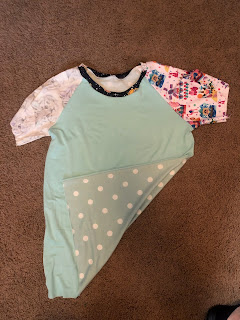 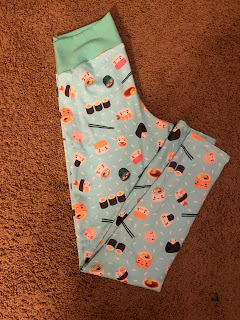 crazy or not, she was stoked to wear it with half her hair in a braid and the other half in a ponytail, plus a school skirt and two different shoes. 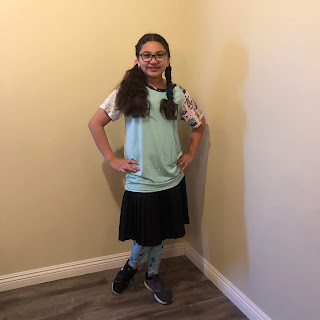 you may have already noticed this in my chateau marmont post - i sewed up this cute little cropped cardigan to wear over a jumpsuit i'd found in a local shop that actually fit me.  being as short as i am, it's not easy to find outfits like that that don't require hemming of some sort. 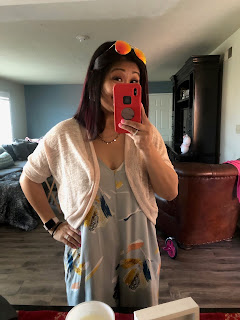 and after the hub did a major closet cleanout and pulled out a bunch of dress shirts that he'd gotten tired of, i decided to look up "refashioned men's dress shirts" on pinterest and see if i could make something else out of them for myself.  i came across a pretty easy looking tutorial that would turn one of those shirts into a super cute one-shoulder top, and so i picked out one of my favorites from the pile and took out the scissors. 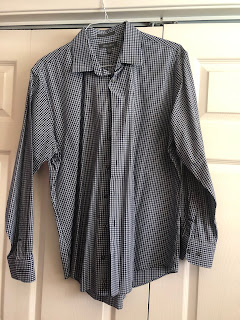 i gotta say, even though the shirt was destined for the donate pile, it was still a little nerve wracking making that first cut.  but i double checked the instructions, took a deep breath and sliced right in. 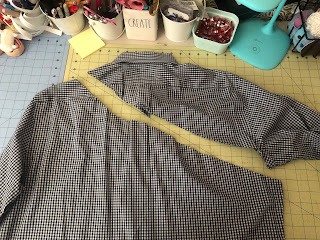 the rest of it went pretty quickly, and in no time i was trying it on to see how it looked.  not too bad, i'd say. 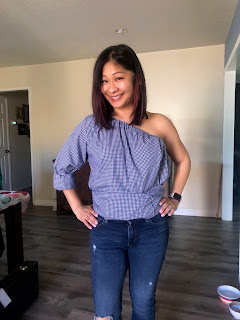 spurred on by the success of my first try, i decided to jump right into a second refashioning tutorial.  this one would create an off-the-shoulder tunic or dress with a quick cut and just a couple of other steps.  i chose this shirt: 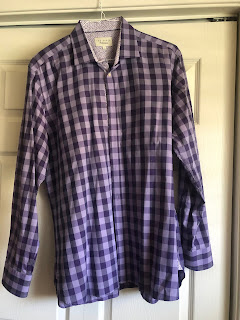 and about 20 minutes later it was ready to try on.  this one might take a little shaping...or i might just have to wear it as a dress so it doesn't look so baggy.  we'll see. 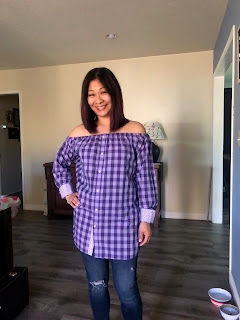 and lastly, the last couple of weeks have seen me working on lots of birthday milestone cookies for various friends.  i actually really like doing the number cutouts because they're pretty easy to crank out. 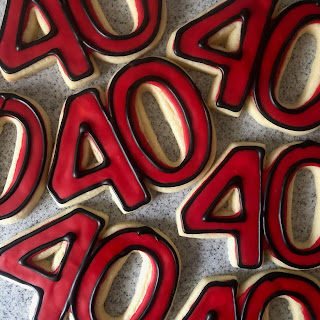 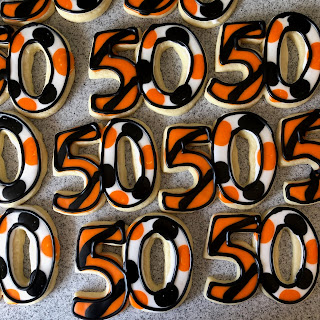 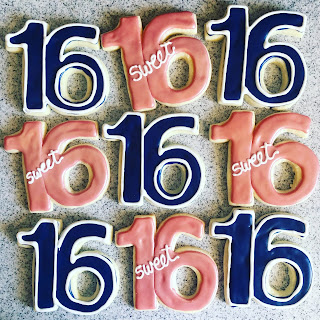 i have a whole other stack of shirts from the hub, and a few more tutorials i want to try out.  a few of the shirts carry a good bit of sentimental value, so i just couldn't bring myself to put them in the pile to be given away.  i just hope i can find something good to make with them that'll actually be wearable.
at April 17, 2019