getting in those steps in san francisco

the bean was pretty excited to be on the plane to the bay area with her bestie and her little sister.  once they got settled in their seats in front of me and the hub, she took a few selfies with me photobombing from behind. 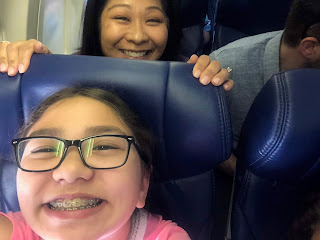 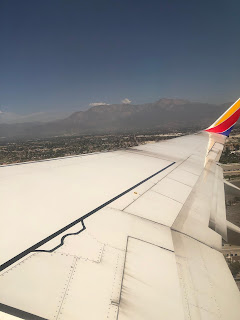 it was a pretty quick flight - just an hour and a half compared to the 7 hours it would have taken to drive up.  the time went by pretty quickly. 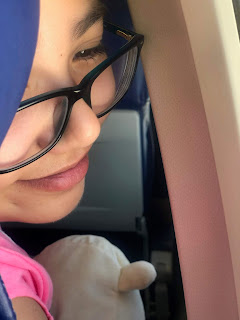 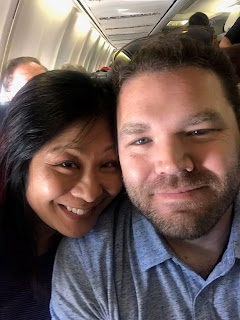 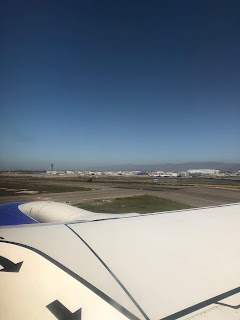 while her BFF and family stayed behind in oakland to spend a night with her uncle, the three of us gathered up our bags and made our way outside to the BART station. 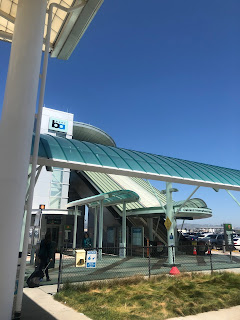 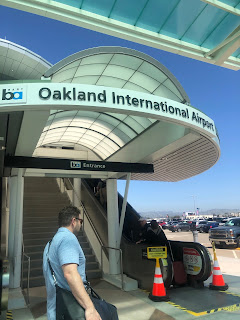 there's a dedicated train that picks up at the airport and takes you to a hub where you can transfer to another train that takes you to your final destination.  we could have used uber or lyft, but this seemed like a pretty easy and economical way to get ourselves to san francisco. 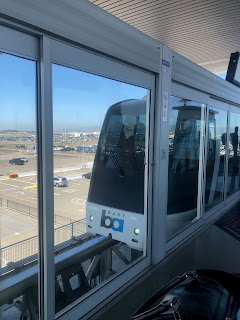 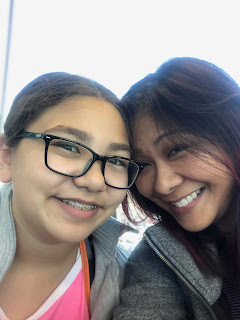 when we got off the train, we headed right over to the machines to buy our tickets.  we'd need them to exit the station and head over to catch the next train.  thinking we were being super smart, we purchased one of the plastic reloadable cards and put all of our train fares on it.  too bad you can't do that, as it turns out.  we swiped it for the bean first, who went through the turnstile and then got denied when we attempted to swipe it again.  the nice lady in the information booth kindly explained that each person needed to have their own ticket, whether it was one of the plastic cards or a paper ticket that was a one-time use.  the bean gave us this look as she waited for us to take care of everything: 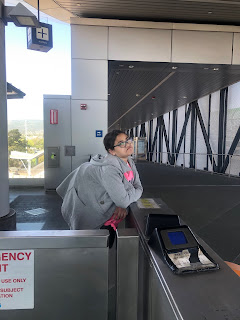 once that snafu was straightened out, we headed down the stairs and found that the train we needed to board had just pulled up. sweet!  even better...we had a whole car all to ourselves. 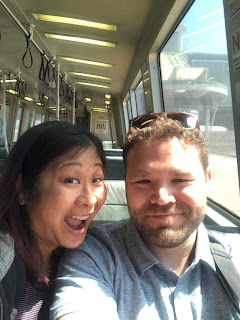 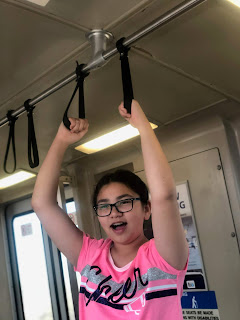 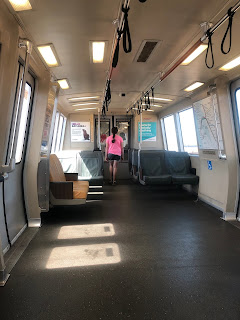 when we got off at the embarcadero station, we opted to walk instead of calling for an uber. 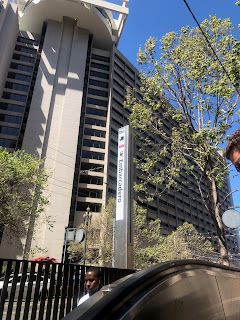 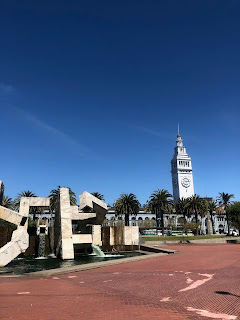 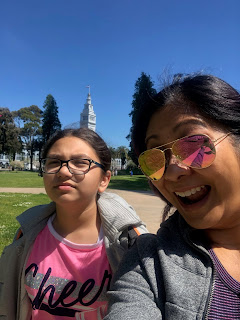 you can see how thrilled she was about that.  we made our way out towards the water and found ourselves beginning our walk at pier 1...with our hotel just past pier 39.  eek.  we walked most of it before the hub finally took pity on us and called an uber to take us the rest of the way to the hotel.

when we arrived, our room was ready for us and we happily went upstairs to get rid of our bags and stretch out and relax a little.  we had the whole day to ourselves before the girl scout whirlwind of activities began the next day, and after getting some rest we headed out towards fisherman's wharf to look around.  we had dinner plans with cousin seven and her boyfriend that evening, and we had just enough time to stroll through the wharf and get some more steps in.

we stopped in at a chocolate shop that was a total tourist trap, but still managed to hook us into buying a treat to snack on as we walked. 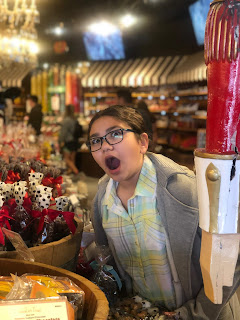 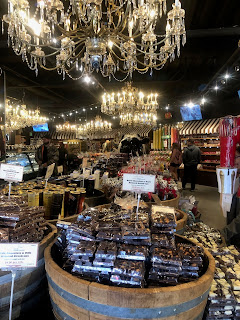 as we approached ghirardelli square, we came upon the cable car turnaround and saw several of them lined up. 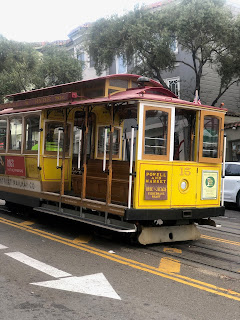 we walked up the hill and stopped in at the starbucks for a pick-me-up.  i was freezing my face off despite all the walking.  the wind was blowing pretty hard and it was that cold kind of wind that bites its way through you.  i always, always manage to underestimate the weather up in san francisco.  i'd packed a bunch of full-length leggings, a pair of jeans, one light sweater and several layering pieces plus a hoodie.  still not enough for this so cal girl.  i was so cold.

just before 7:00, we found ourselves in front of the restaurant that we were meeting seven at.  her boyfriend had made the reservation for us, and he was already there waiting for us. 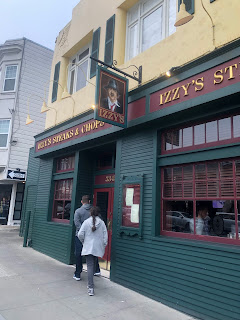 we had a really nice time with them, sharing appetizers and ordering drinks and steaks and enjoying each other's company.  it's always fun to see cousin seven. 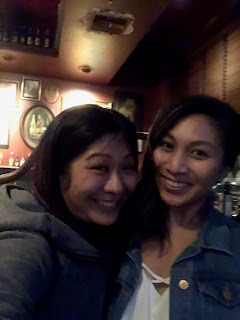 along with a bunch of our cousins, we'll see each other again in june for filipino night at dodger stadium.

after dinner was over and everyone had hugged everyone, we grabbed another uber that took us back to the sheraton at fisherman's wharf that was home for the next three days.  it was a great way to start off our weekend getaway, and 15,000 steps later i was pretty excited for bed.

Email ThisBlogThis!Share to TwitterShare to FacebookShare to Pinterest
Labels: san francisco, seven is a grown-up