california adventure's food and wine festival is one of our favorite events at the 'land.  and lucky for us, it lasts for quite a while.  this means that when we buy one of the "sip & savor" passes, we have plenty of time to use up the food tickets...usually spreading them out over multiple visits. 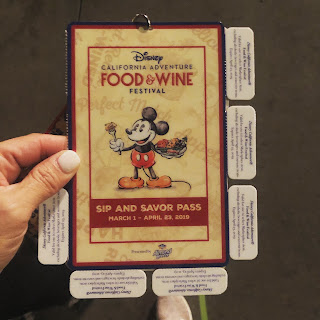 we went on the first day of the festival, but didn't arrive until after the sun had gone down -which always means terrible photos.  i can tell you that the strawberry and coconut "fruishi" was not a winner, and the sweet corn nuggets with lardons was just meh.  the pictures i did take were about as great as the items themselves.  blah.

but our second go was much better.  we got there around lunchtime on sunday, which was a lot later than our usual rope drop sundays, but nobody wanted to get up early that morning.  it was pretty warm and crowded by the time we arrived, but since we were braced for spring break crowds we were prepared to just go and soak in some disney magic and eat some tasty treats.  those are the kind of days when we know we likely won't get to ride anything, although i did manage to score us fastpasses for the incredicoaster.

our first stop was the "peppers cali-ante" kiosk, where the kids scooped up a serving of ghost pepper mac & cheese with chili cheese frito crumbs.  the bean and i are spice wusses, so we passed, but they said it was pretty tasty. 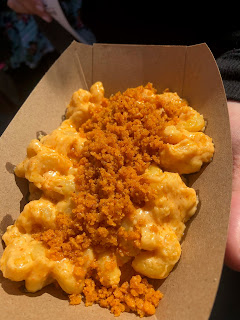 at "veggie veggie fruit fruit" i picked up this grilled asparagus chicken caesar salad.  i'd gotten this the last time and really liked it, and it even had the bean's stamp of approval as she helped me devour the serving. 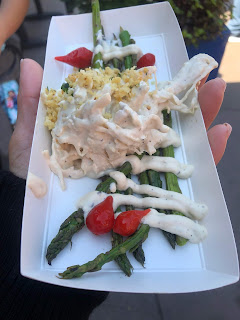 over by the wine country trattoria restaurant we spied this: 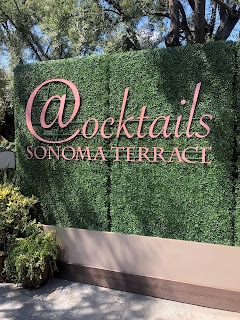 and so we decided to mosey on over to check it out and see what they had there.  i caught a glimpse of "mimosa flight" and i was all in.  the old lady opted for the pineapple passion rum cocktail: 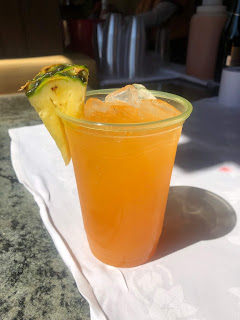 and i happily ordered my mimosa flight. 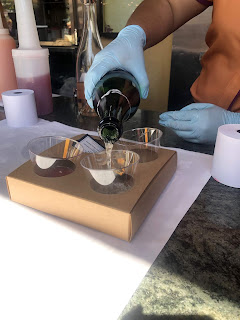 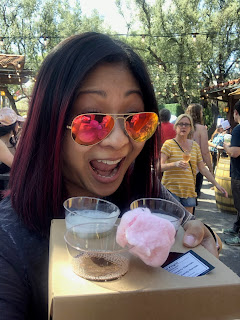 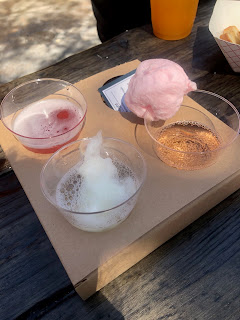 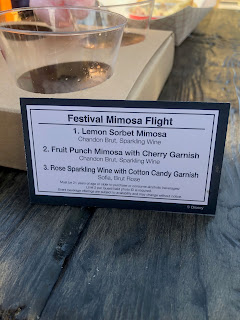 the garnishes were super fun - a generous scoop of lemon sorbet: 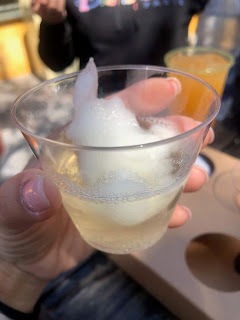 and you get to pick either pink or blue cotton candy to drop into the cup of rose sparkling wine.  i, of course, chose the pink.  duh. 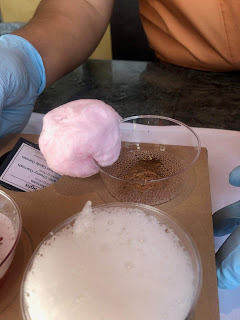 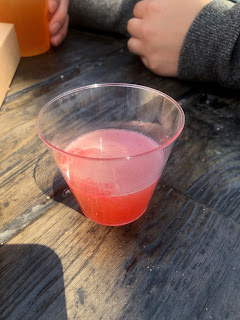 the bean ordered the baked brie and blackberry jam, served with toasted crostini.  this was really good. 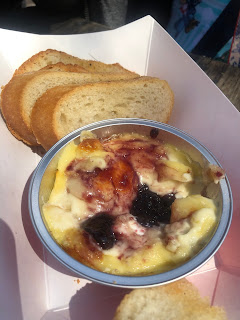 when our fastpass window for the incredicoaster opened, we headed over to pixar pier only to find the the ride was temporarily closed due to some sort of technical difficulty.  it seems to break down pretty often, which is a bummer.  but this also means the our fastpass turned into a "multiple experience pass," which meant that we got to use the fastpass right away at any other ride in the park that's in the fastpass system.  after taking a couple of group photos: 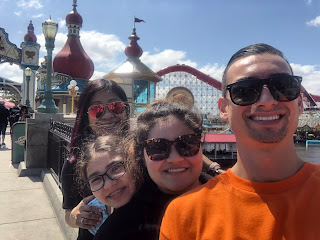 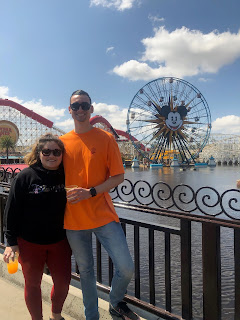 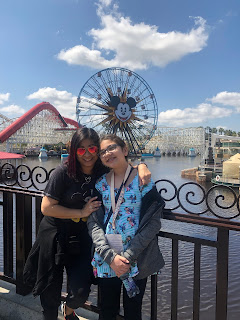 and stopping in the pacific wharf area for a beer and another photo op: 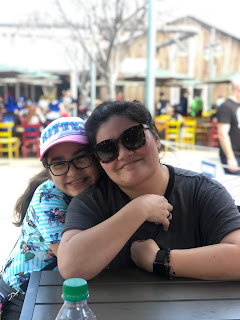 we closed out our afternoon by using our fastpass at the toy story-themed midway mania ride.  that line is usually super long and something we don't ride very often, so we decided to forego our usual go to (guardians of the galaxy, or radiator springs racers) and do something a little different.  we only waited about ten minutes before we were on the ride and playing the shooting gallery games.

it's going to be interesting to see how things go as the food & wine festival winds down and the resort braces for the onslaught of star wars fans as the highly anticipated opening of the "galaxy's edge" land opens at the end of may.  the parks are overrun with spring breakers right now, which will last through the end of april, and then there will be a couple of weeks in may that will be somewhat tolerable crowd-wise.  then the place is going to be a huge mess with the new land opening plus grad night festivities and then summer vacation starting.  that'll take us right into fall and the halloween parties will begin, with a couple of weeks that may or may not bring lighter crowds before the holiday decorations go up again.