the bean's spring break went by in a blur, as it usually does.  we'd originally had grand plans of doing another road trip, but for a few different reasons we ended up scrapping the idea and turning it into a shorter trip during the second half of break instead.

somehow, while i'm already feeling the pangs of senioritis for this school year, the bean found herself with three separate projects still to work on and turn in as soon as break is over.  the first, a big state project that's several months in the making.  her assigned state is maryland, which was kind of fun for me since my family and i lived there from the time i was about 3 till 7.5.  while it was a bazillion years ago, i still have lots of great memories of that time.  anyway, she'd done a big chunk of the actual work at school during class, but the assembly of the actual board was to be done at home.  we'd hoped to finish it so that it could be turned in before spring break, but it didn't work out that way.  she and the hub finally got it done, though: 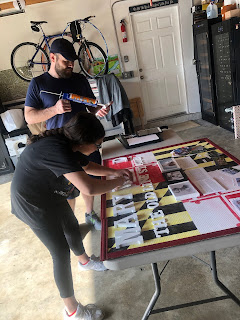 her math class had been working on a taco truck assignment - making up a business name, creating a menu, figuring out pricing, designing the truck.  they were to create a 3D model out of paper, which she didn't quite complete in class and had to bring home to finish up. 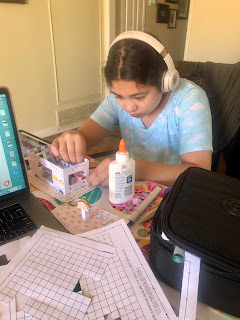 the third was a report on a book that she'd chosen but found herself struggling to get through - the red badge of courage.  she finally finished reading it on the last day of school before break started, and wrote up her summary before she could forget what the story was about.  luckily she was able to put it together and even submit it via google classroom.  she was so relieved to finally get it done and de-stressed by drawing this cute picture of herself: 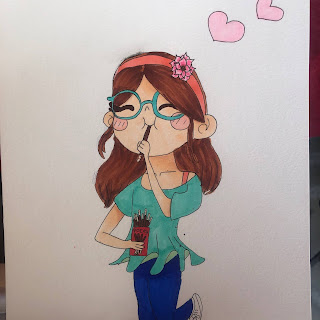 she loves a sushi spot that our friends lilcee and mini cee introduced to us a few months ago, and i'd promised her a trip once all of her school projects were finally done.  i made good on my promise, and she was elated to finally get there. 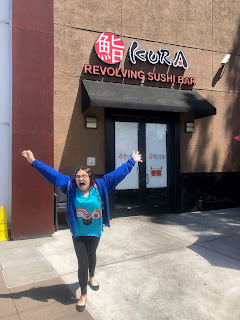 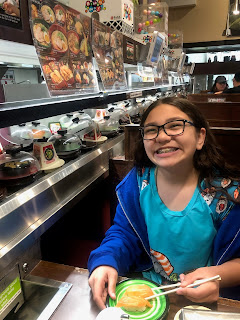 we headed back to disneyland for another day trip, and i made her a fun new dress to wear, plus a skirt for me. 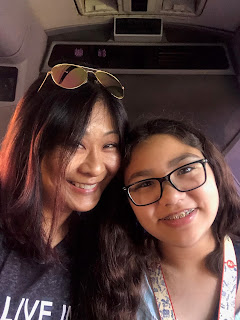 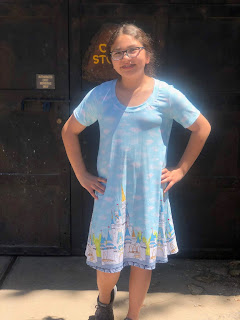 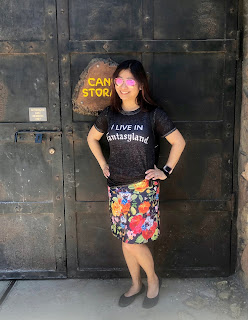 and then thursday morning found me up early to pack and get ready for a super fun trip up to san francisco with the bean and her girl scout troop.  of course, an hour before we were to leave for the airport i was doing this: 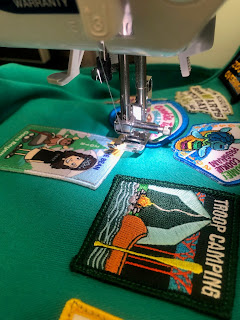 but we managed to pull it together, get packed and over to the airport with time to spare. 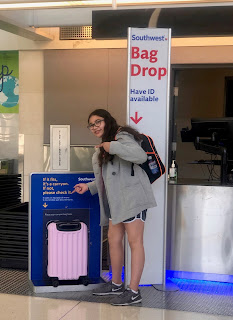 the hub and i recently applied for TSA precheck - you submit information online, do a background check and fingerprint at a local facility, cough up $85 and then receive your "known traveler number" in an email as well as a snail mailed letter.  you provide said number while booking travel and then you get to go through a separate line during the security check before boarding an airplane.  and it's FABULOUS.  you don't have to take your shoes or jacket or belt off and you get to leave your 3-1-1 compliant liquids and laptop in your carryon during screening.  it takes about half the time as the regular security check line and it's amazing.  and it's good for 5 years!  i super duper highly recommend it.

oh!  the bean was over the moon to find that her BFF and her family were on the same flight we were taking.  and since we were flying southwest, the open seating allowed the girls to sit together.  i think you can see how happy they were about that: 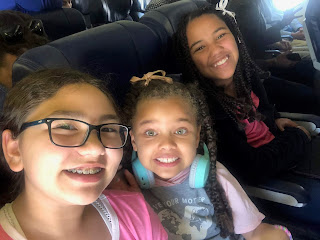