with the 'rona still on the loose, the l.a. county fair was cancelled for the second year in a row.  the orange county fair had been held during the summer, but l.a. decided to go with a good news/bad news kinda announcement.  because along with the cancellation, they announced a new date for 2022 that would be the new date for the fair going forward - instead of being in september (when it's always, ALWAYS butt ass hot and miserable), it would be in may.  may can kind of be hit or miss when it comes to weather, but it's not typically anywhere near triple digits.  and so this came as welcome news because hopefully now it will be a really lovely time to experience the fair without having to walk around in a puddle of sweat.

there's a pretty visual for you, huh?

although they did throw us a bone of sorts, holding a "bite sized" version of the fair over several weekends in september.  it was significantly smaller, but still offered some of the bad-for-you fair foods, scary-as-hell erector set rides and a few vendors to shop from.  of course, we secured tickets and took an uber to check it out. 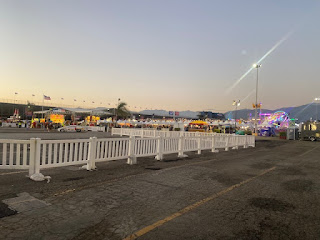 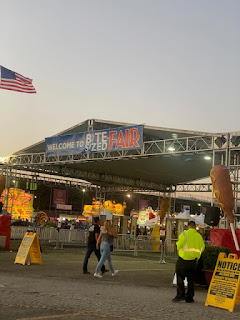 there were just a few rows of vendors offering stuff like home decor, fidget toys and pop-its, clothing and handbags and other similar wares. 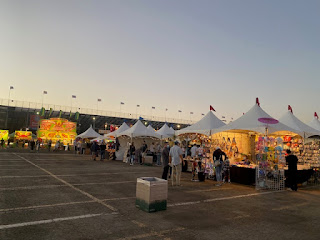 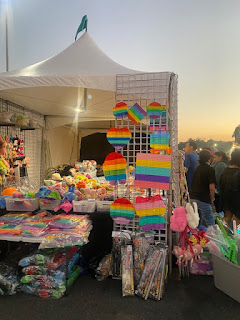 of course, masks were required.  i didn't really see anyone enforcing it, but we mostly kept ours on anyway. 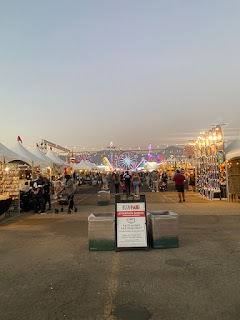 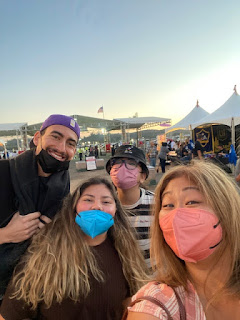 it was REALLY small.  like, comically so.  the rides were all spaced apart because of how few there were. 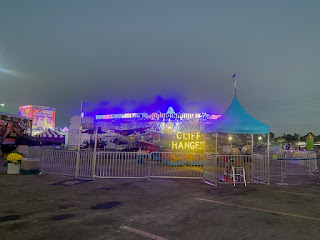 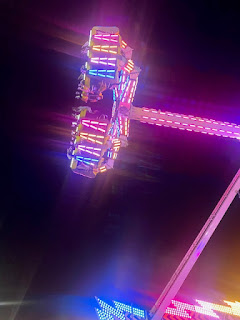 and there really weren't that many food vendors to pick from.  we still managed to find adult beverages and deep-fried stuff, though. 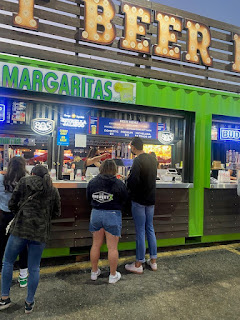 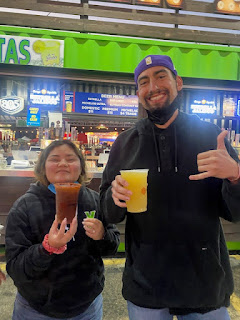 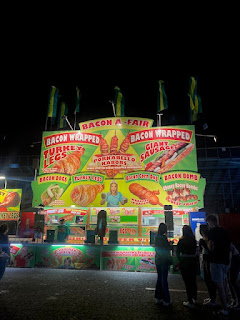 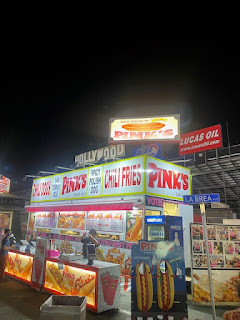 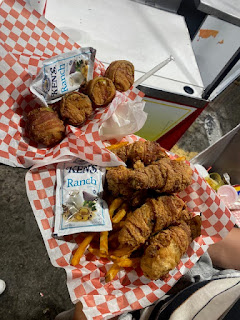 we looped around a couple of times to make sure we hadn't missed anything, but after maybe an hour we gave up and headed back to catch an uber home. 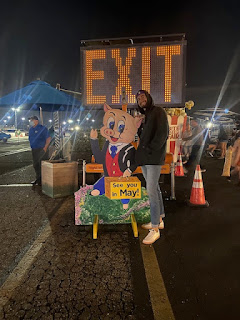 it may not have been super exciting, but it was still a fun evening out.  we spent time together, ate some familiar and delicious food and got some fresh air.  i'd call that a win.