not exactly the autobahn

back in the day, the hub and i used to love to sign up for bmw driving events.  they'd host them at places like santa anita race track or the fairplex or some other spot with huge parking lot space to create a fun driving course, and it was always free.  you just had to register for a date and time, show your driver's license and they'd let you hop into one (or several) of their cars to drive.  usually there would be a couple of different options - a twisty, turny race course, or one with obstacles and different surfaces, and often there would be a drag racing strip where you'd go head-to-head with another driver.

it'd been years, but the hub came across another such invitation and texted me right away so we could sign up for the same timeslot.  and so on a random wednesday morning while the bean was at school, he and i headed down to anaheim with his assistant to go have some fun. 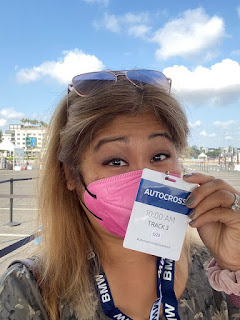 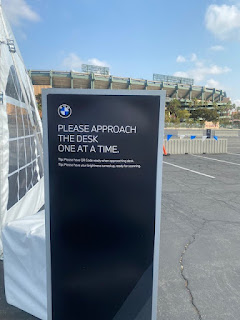 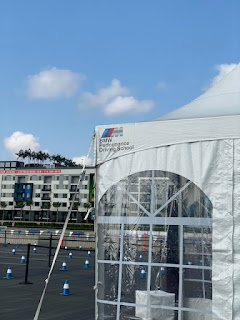 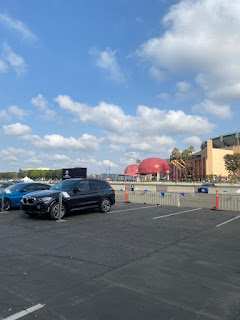 as usual, they had a lineup of shiny brand new cars to ogle. 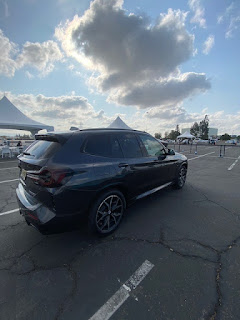 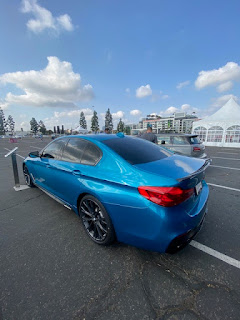 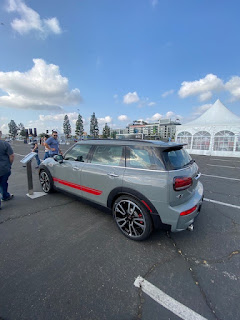 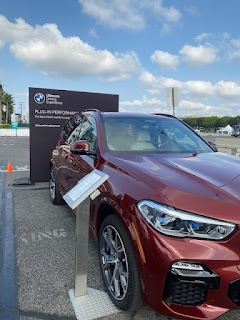 while we waited for our session to start, we were invited to do the drag race.  i find that as i've gotten older i kind of freak out with super rapid acceleration, and so i left that to the hub and his assistant to enjoy while i just stood by and cheered them on. 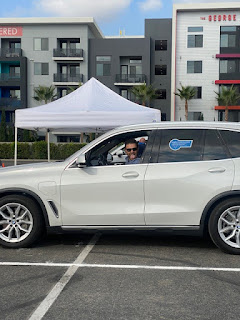 and then it was time for us to line up before they broke us out into groups to start our driving experience. 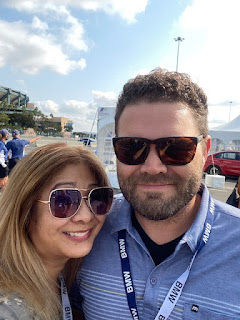 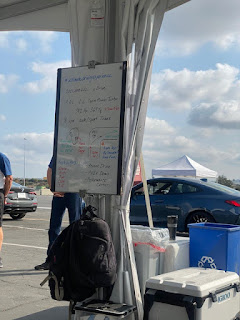 there were about five identical tracks set up for the various groups to drive, with three cars on each track.  everyone was given the chance to drive all three cars twice around the track, and while we waited our turn the pro drivers would talk to us about the cars and offer tips and tricks on how to get through the tracks in as little time as possible.  before, they'd break us into small groups with a driver in the car while we each took turns driving.  of course, because of the 'rona, everyone went solo in the cars but there was a walkie-talkie in there with the drivers giving us verbal guidance us as we drove.

i don't have any pictures of me driving, but that's okay.  it was just as fun as always, and when i was done i happily accepted a bottle of water and sat back down to wait my turn to drive the next car.  the hub was just getting started when i finished my first turn. 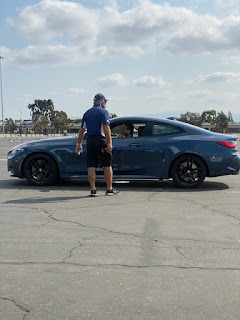 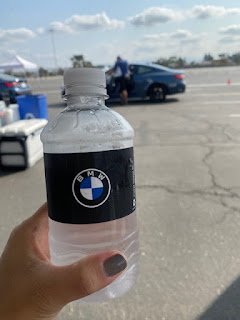 for the last part of the experience we were invited to drive one of their cars out on the open road - also unsupervised.  kind of surprising, but i guess if someone tried to steal one it wouldn't be too hard to sound the alarm and track it down.  hell, they probably put trackers on the cars anyway.  that would be smart, anyway.  i don't remember what we drove, but the hub happily took the wheel while i sat in the back seat.  and we had specific instructions on the route we were to take, along with emergency contacts should anything go wrong: 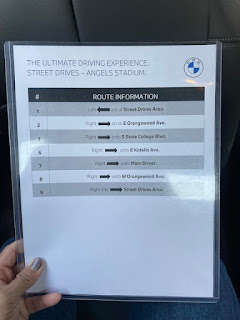 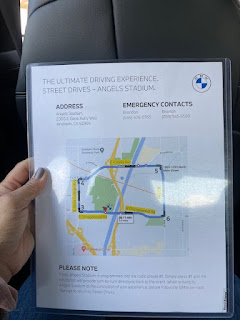 by the time we were done, it was lunchtime.  and golden road brewery was conveniently right across the street. 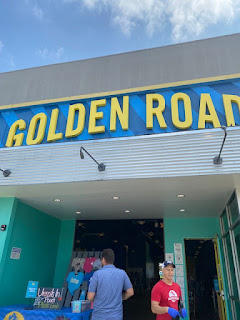 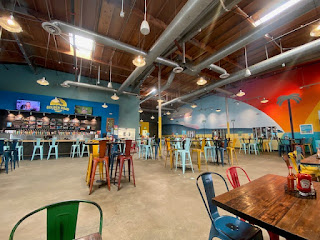 i had ONE sangria and caught a buzz, but i'm attributing that to having an empty stomach and not to being a lightweight.  heh. 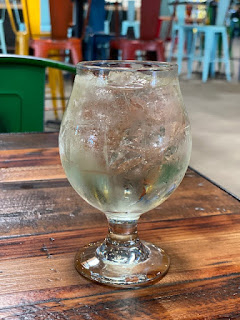 this sign was posted inside every stall in the women's restroom. 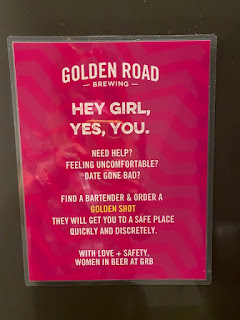 we shared this giant pretzel, which was perfectly chewy and salty. 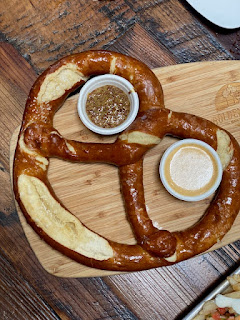 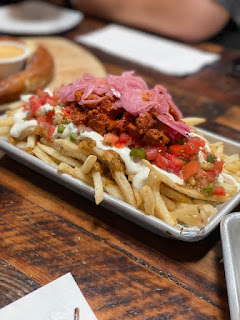 and you know i can't see "milk and cookies" on a menu and not order it. 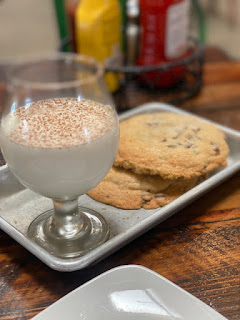 it was a really fun morning, and if you ever have the opportunity to sign up for one of these driving events...do it.  you won't regret it.