as the bean gets older, i find that our collective interest in halloween is less and less every year.  i think most of us love to costume it up (even the hub, to a point!), but halloween really isn't a thing for us.  although this year, her cheer team decided to put on a "trunk or treat" in the parking lot of the gym, so we decided to join in the fun.

well, sorta.  i'd picked up a "peanut butter and jelly sandwich" costume for the bean that we thought i'd be able to alter so that she was the peanut butter on one side and jelly on the other.  but when we opened it up i realized it wasn't very easily doable, and so i offered to wear one piece while she wore the other.

and so instead, she picked up the tortilla blanket i'd just ordered on amazon for shits and giggles, wrapped it around herself and called herself a burrito.  hey, whatever works, kid.

she and the hub had run into party city on our way to the gym, leaving me in the car to continue listening to a zoom meeting about one of the high schools she's interested in applying to.  and when they came out, it was with a cart full of all kinds of halloween supplies to decorate the truck.  the only contribution i had was the mickey-themed halloween banner i'd just thrown together with that new embroidery machine, and everything else was all them. 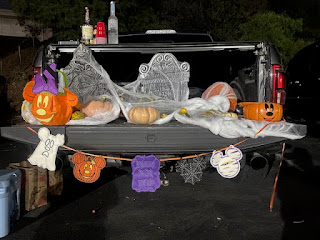 there was something for everyone. 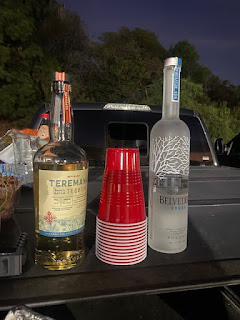 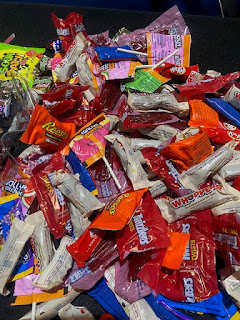 the hub and i threw on that peanut butter and jelly costume, and he'd also picked up a "k-pop star" wig that he happily wore the entire evening.  so weird. 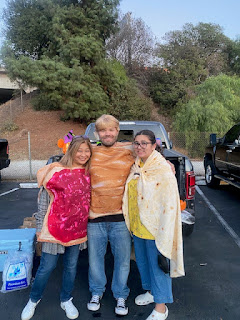 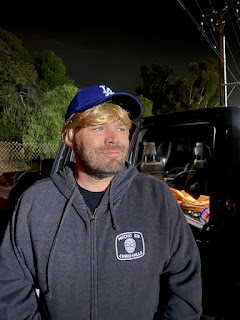 they had a pretty good turnout, and the car next to us went all out with an elaborate setup. 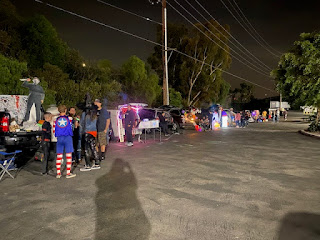 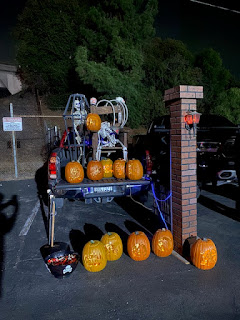 the bean spent some time with some of the girls on her team, running around in the gym, along with one of her oldest friends from school. 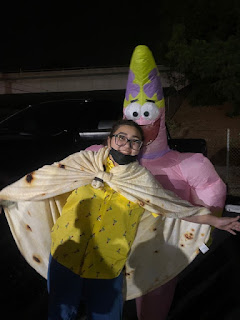 when we got home, she wrapped the dogs up in the blanket.  stevie wasn't really having it, especially when cocoa decided she was gonna hop on for a ride. 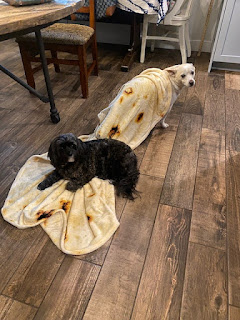 we didn't really have plans for actual halloween, but had managed to score tickets to mickey's not-so-scary halloween party for the night before.  the girls had decided to dress as characters from "the emperor's new groove," which is not one of my favorites but i didn't really care and went with the flow.  i'll be honest - my costume was pretty half-assed.  i'd ordered an actual costume, but when i tried it on i found that it really wasn't comfortable, and definitely not so for walking around a theme park.  oh well. 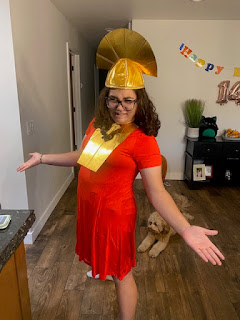 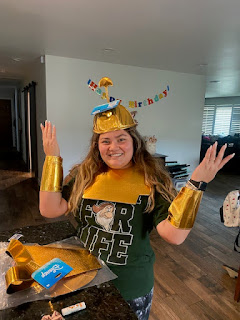 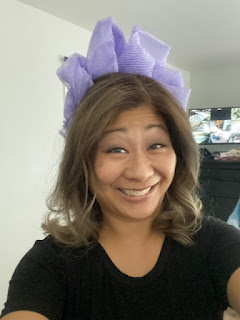 didn't matter.  we still went and had a good ol' time. AND we got to see "zombie captain america," which is kind of a novelty since disneyland isn't really known for scary characters. 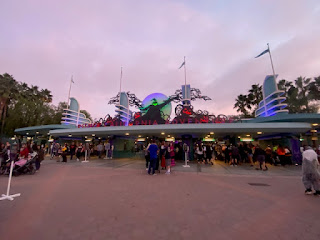 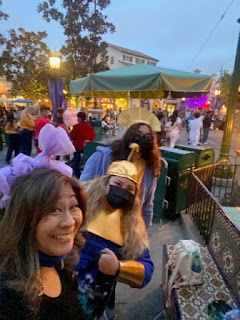 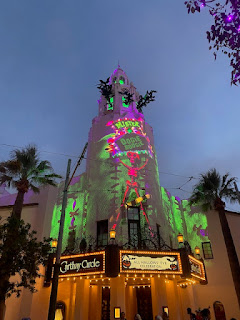 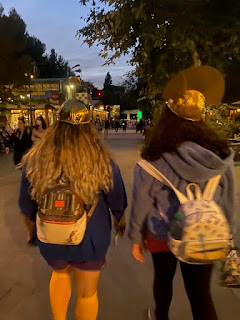 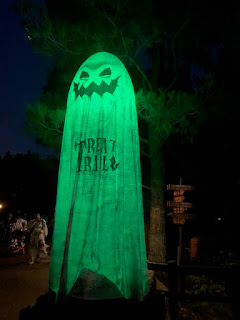 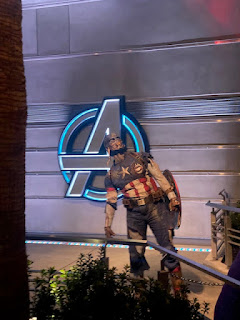 and that pretty much sums up halloween 2021 for the house of wan.  exciting stuff, ain't it?