the jonas brothers love lives on.

when they announced their "remember this" tour, the old lady and i made sure to block off the l.a. date on our calendars because - well, let's face it.  we're never gonna outgrow jonas brothers concerts.  now, her undying love for nick jonas has waned quite a bit over the last couple of years.  but that doesn't mean that that undying love has come to an end for their music.  i don't think that's ever gonna stop, and if i'm being perfectly honest that goes for both of us.  their songs are always so catchy and fun to sing along to, and they're tied in with a lot of fun memories from the old lady's formative years.

we were excited to return to the hollywood bowl for the show, nearly two years to the day after our last jonas brothers concert.  we hit up the park & ride shuttle in pasadena again because it's just easy.

and we were extra amused when we caught our first glimpse of our ride - a school bus.  it was like going on a field trip. 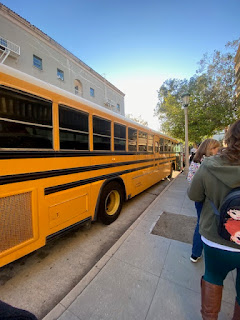 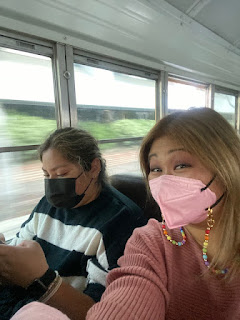 it made for a slightly bouncy, bumpy ride - but hey, still better than driving ourselves and dealing with finding parking.  and before we knew it, we were there. 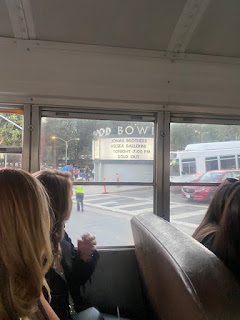 of course, we stopped for merch.  remember?  always merch! 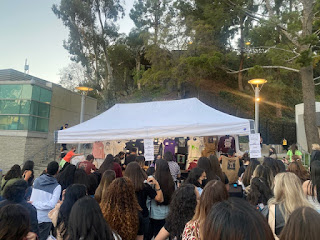 somehow our tickets included some sort of VIP merchandise, which i hadn't even realized until i went back to figure out where our seats were.  and after asking around, we found the tent where we were supposed to check in and pick up our extras.  we received lanyards and this little pouch that contained a reusable face mask, a pop socket and some stickers.  bonus! 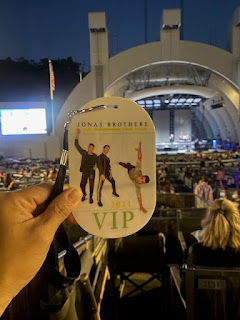 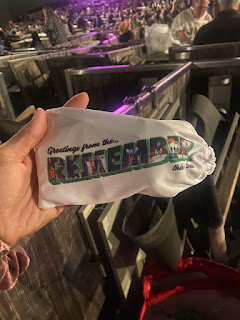 because we're now spoiled forever, we had box seats which are always nice because they offer a great view and folding chairs with a table instead of those uncomfortable wooden benches. 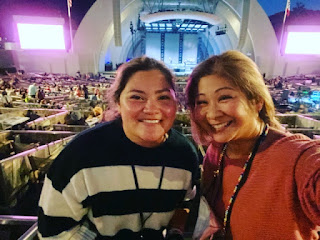 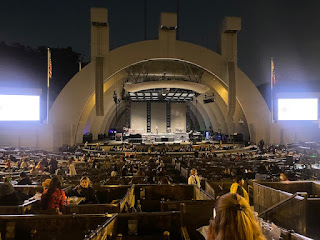 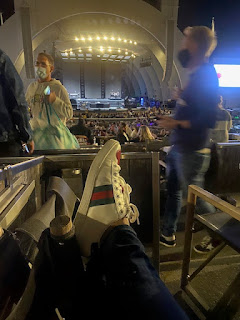 the other perk of box seats is that you have a dedicated server who will bring you all the food and drinks your little heart desires.  while we'd packed our own meals (and i'm sorry to say, i don't remember what we ate at all), we did have that server bring cocktails and a bag of rob's popcorn - the official jonas brothers snack.  while we weren't super impressed at first bite, we both found ourselves reaching into the bag again and again.  it had a curiously sweet-salty combo that was actually really addictive. 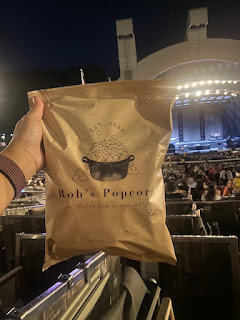 they had not one, but two opening acts.  first up, jordan mcgraw. 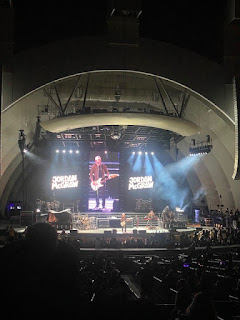 and after he was done, kelsea ballerini.  she's super cute and wore lots of fun sparkly outfits. 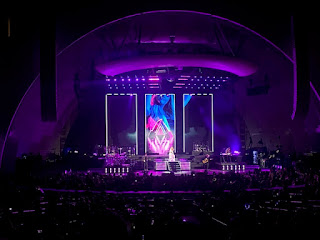 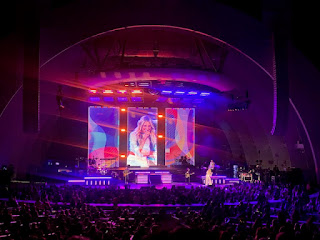 and finally, the guys took the stage to lots of cheering and screaming.  their fans may have aged a bit from the teenybopper years, but all of those sets of lungs only got stronger over the years. 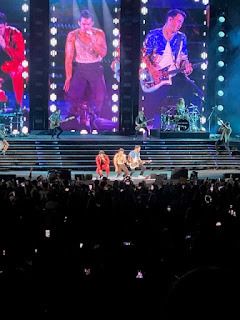 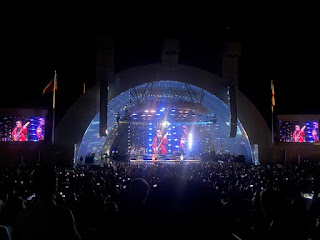 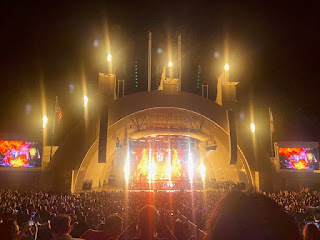 they performed a really fun mix of their old and new songs, plus some of nick's solo tunes and some from joe's band DNCE, during which he brought out their guitarist jinjoo lee. 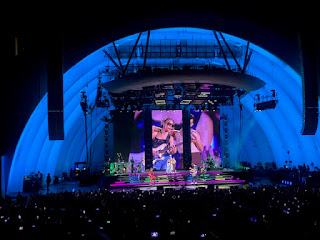 someone rolled out a bar cart, and the guys poured themselves some shots of - what else? - villa one, nick's own tequila.  they toasted the audience and downed those shots to celebrate the final show of the tour. 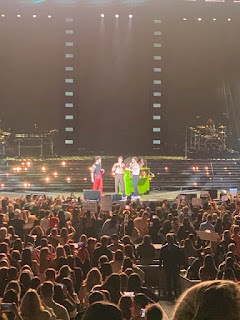 a few more songs and then that was that.  they took their final bow and ran off the stage while waving to the audience with fireworks exploding above our heads. 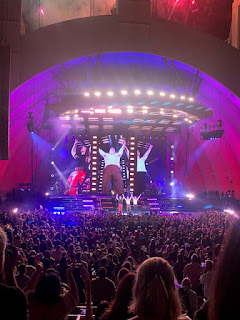 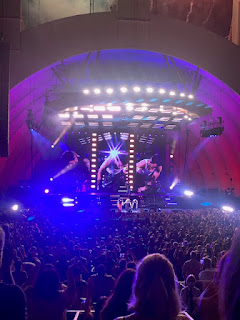 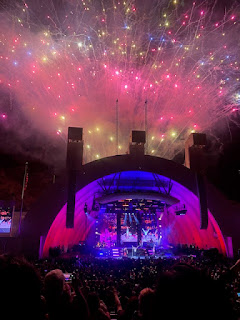 the next morning, the old lady came over so we could head out to run some errands and we were super amused (but not surprised) to find that we were both wearing our new shirts. 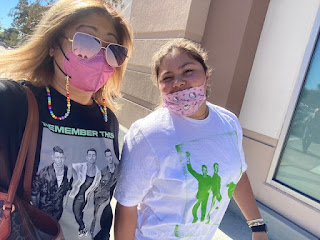