who wore it best?

a couple of months after our k-town outing for BTS' member RM's birthday, we headed back out to dragon boba.  this time, it was to celebrate the bean's favorite member (her "bias," as the kids call it) of the band - park jimin.

like last time, there were lots of decorations throughout the shop all about jimin. 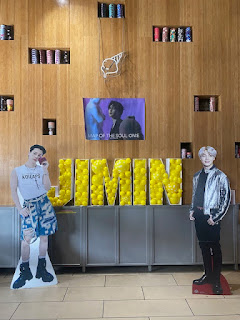 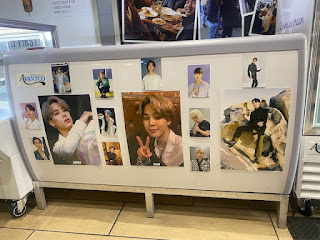 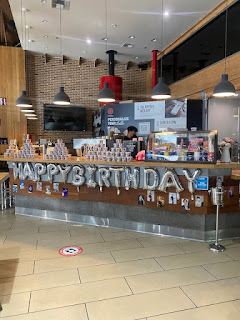 and because we'd arrived much earlier in the day this time, there were lots of treats to pick from. 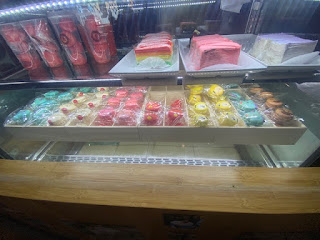 the bean and i decided to pick out a couple of themed macarons, plus a s'mores mochi donut (SO good) and delicious milk tea drinks. 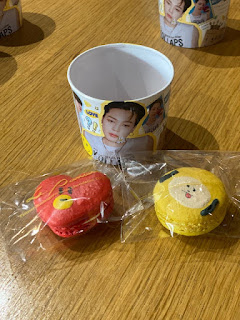 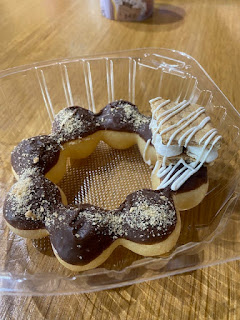 once the treats had made their way into our bellies, lilcee and i headed over to take a couple of silly pictures - much to our daughters' mortification.  although once they realized we weren't going to force them into group photos, they were more than happy to snap some for us.  and of course, we cheesed it up as much as we could. 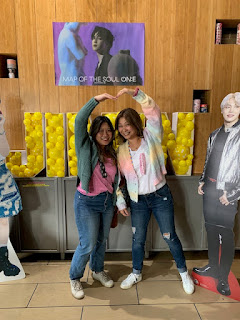 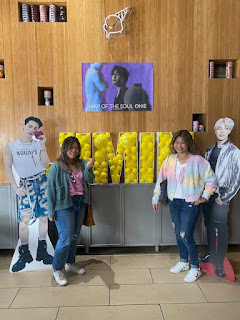 the bean and i were pretty astonished when lilcee mentioned that she'd never eaten at jollibee before, only because she's much more of a foodie than we are and has tried pretty much everything.  and so on our way home, she swung into the eagle rock plaza so we could pop her jollibee cherry.

the bean LOVES jollibee fried chicken.  as for me, i'm pretty much not ever gonna turn down a chance to scarf down one of their insanely delicious "chickenjoy" sandwiches.  it totally kicks all the other chicken places' asses, for real. 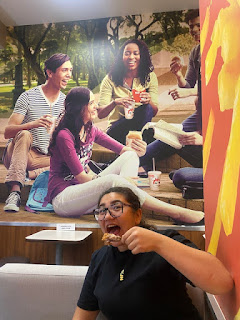 the bean had mentioned that the sweater i was wearing looked a lot like one that her beloved jimin wore onstage once, and pulled up a picture to show me.  so when we got home and she headed right to her room to do whatever it is she does in there at all hours of the day, i turned on the camera remote on my watch and did this. 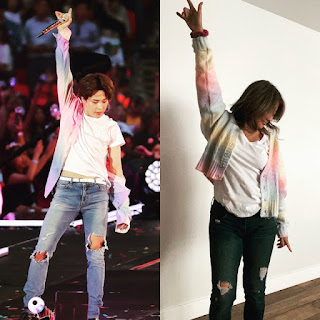 it's never not gonna be funny...to me, at least.  when i showed it to the bean it was an instant facepalm moment while i cackled my face off till i had tears running down my face.

Email ThisBlogThis!Share to TwitterShare to FacebookShare to Pinterest
Labels: BTS