while we were at dinner on the bean's birthday, i asked her if she had any interest in going to see "hamilton" with me.

just a week after her birthday extravaganza, we hopped into the car and made our way back out to hollywood, just the two of us (the old lady declined since she'd lost interest in the disney+ version of the show about halfway through).

we knew exactly where we wanted to have our pre-show dinner, and it was oh-so-conveniently located in the same building that i'd prepaid for parking. 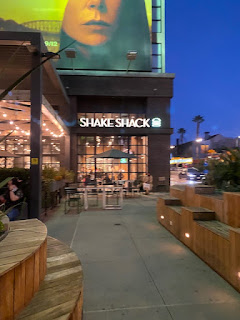 you can't go to a place called "shake shack" and not order a shake, amirite? 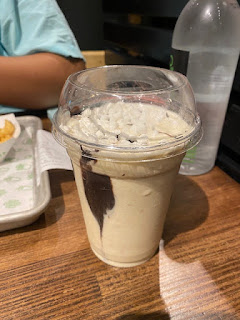 after we were done with dinner it was a really short walk across the street to the pantages theater. 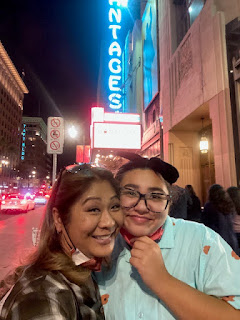 but first, we stopped in at hamilton: the store.  because merch.  always merch. 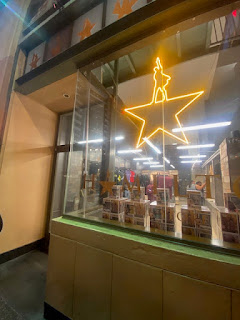 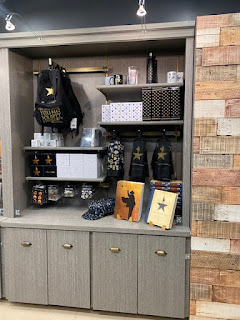 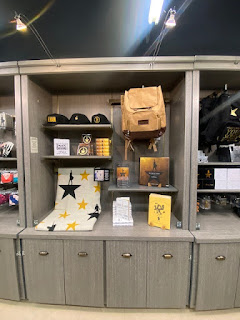 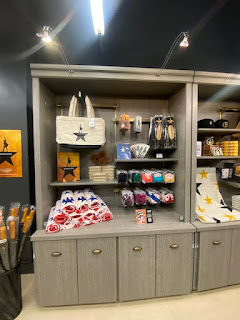 and just outside, we found lin-manuel miranda's hollywood star. 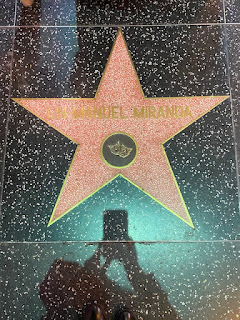 i love going to see shows at the pantages.  it's such a pretty, historic theater.  and it'd been so long since the last time!  i missed it. 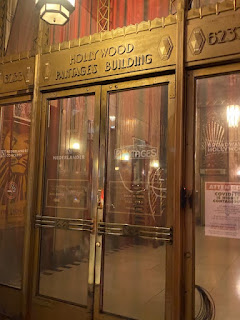 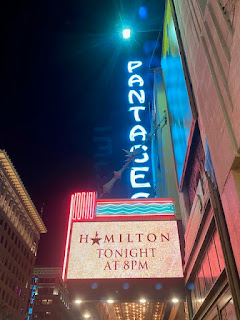 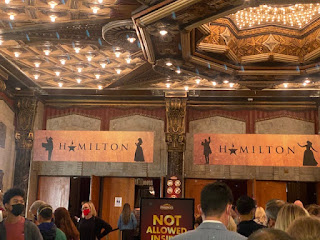 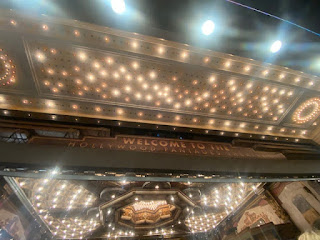 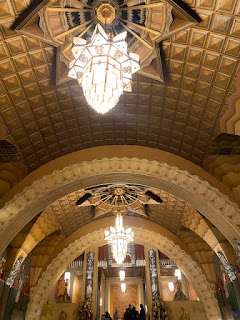 cast lineup for that night's show. 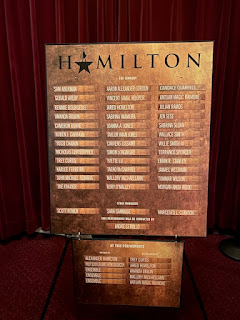 and of course, more merch for sale. 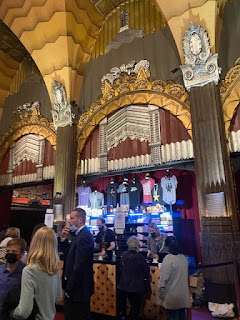 when we got to our (surprisingly good) seats, i tortured her with one more selfie. 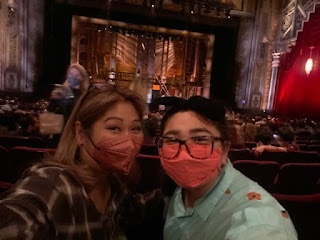 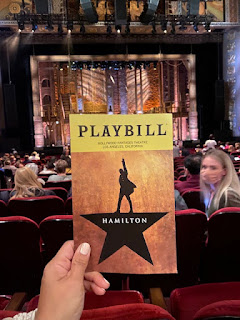 i've seen the disney+ "hamilton" movie so many times and listened to the soundtrack by the original broadway cast even more - like, daily for weeks straight - that i was a little worried that i wouldn't love the live show with a cast of completely new to me actors and actresses.  but as i should have known, it was just as wonderful and entertaining regardless of who was playing the parts.  and as always, a little extra exciting because it's all live, just feet away.  the bean fell asleep on my shoulder when it started back up after intermission, but that's okay.  she said she still had a good time, and it was fun to go out and have a date with her.  you know me...i'm never gonna pass up a chance to spend time with my kids if at all possible.

oh, and this hat was the only piece of merch i bought for myself.  i put it on the very next morning and realized...i should have tried it on first.  i am NOT cute in this hat.  sigh. 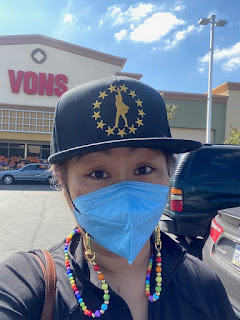