i've noticed that as the years go by and everyone gets a little older, christmas morning starts a little bit later and later every year.  this year i don't think anyone even got up until past 8, although i suppose that has something to do with the fact that we were at my cousin's house till 1am.  still, i'm always excited to get up and enjoy christmas even if the rest of the family is perfectly content to sleep in.  and so i got up and decided to tackle a recipe for homemade cinnamon rolls.  i turned the lights on, eyed the insane amount of presents under the tree and headed into the kitchen. 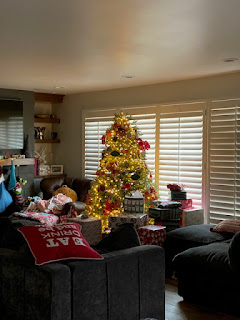 i'd been wanting to try proofing dough in the instant pot, which i'd heard was pretty awesome and magical.  and so i followed the recipe i'd found, being super careful not to add too much flour so as not to make it tough, and plopped it into the instant pot and set it on "yogurt" mode to rise. 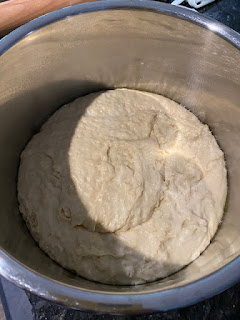 once the required time was up, i took it out and dumped it onto the counter - and this is when i realized that i'd been too careful with the flour as the dough was super duper extra sticky.  oops.  and so instead of working with it too much and getting it all over the place i decided not to cut it into individual rolls and instead layered it in the pan with the cinnamon sugar filling and made one giant cinnamon roll. 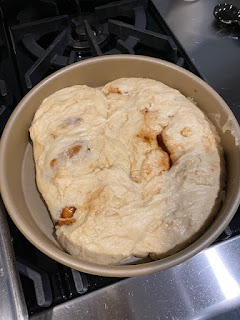 by then, everyone was finally up and ready to start the festivities.  i left it on the stove for its second rise while we gathered in the living room for the annual paper tearingfest.  teddy seemed pretty excited. 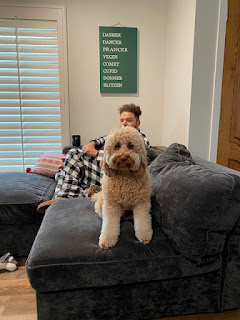 luckily, there wasn't too much moaning and groaning when i asked that we take our family photo before opening presents. 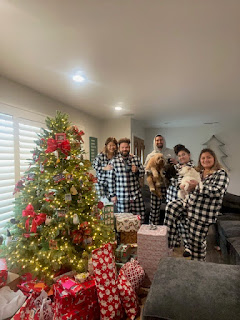 and of course, we had the yule log on. 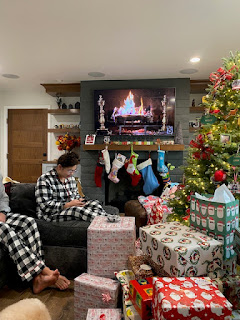 the dogs were happy to tear into their stockings, filled with new toys and treats. 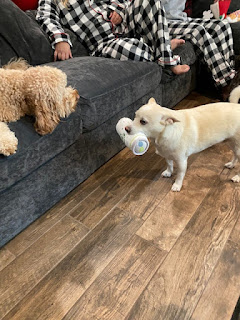 santa presents came first, and everyone seemed pretty delighted with what he'd brought for them. 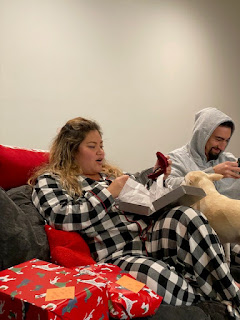 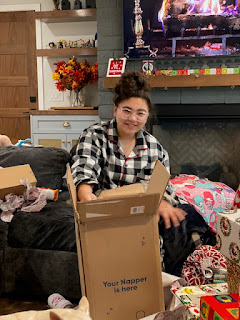 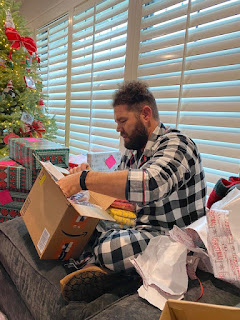 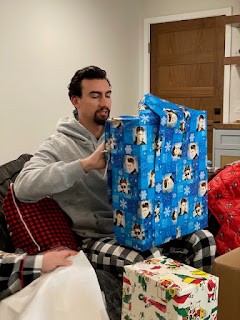 it's always so much fun to watch everyone open all of their presents.  i love to see the delight on their faces as they unwrap everything. 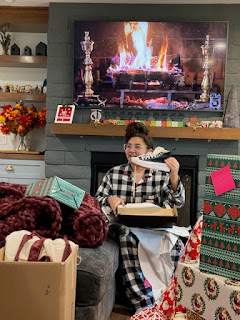 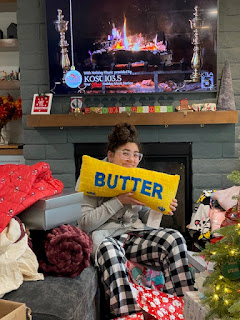 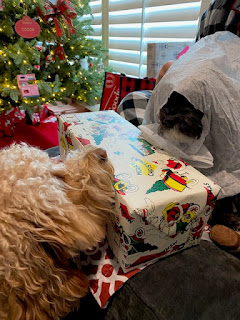 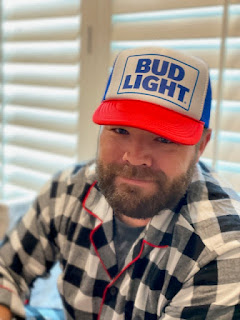 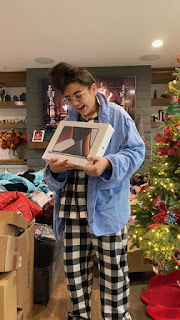 meanwhile, the cinnamon roll had definitely doubled in size. 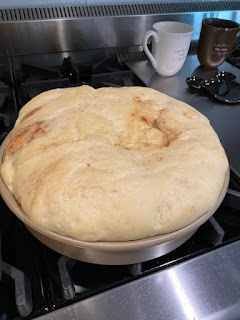 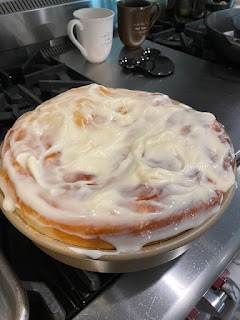 and of course, there was tater tot breakfast casserole.  it ain't christmas morning without it. 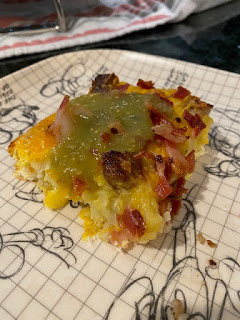 i'd bought myself this fun new tee: 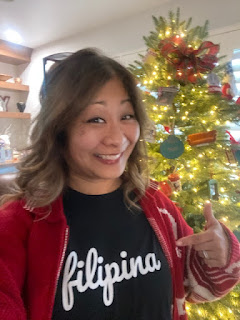 and got the hub to take a picture with me before the end of the day. 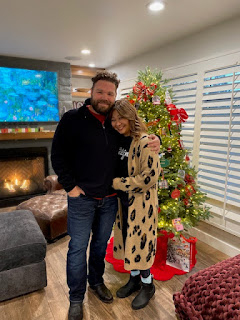 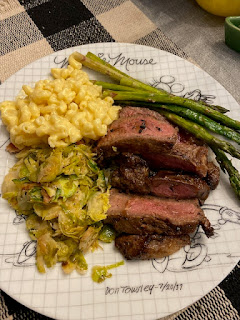 it was a lovely way to end the day, full of food and fun and family time.  just the way christmas should be.
at February 09, 2022