the next morning, we headed down to the lobby to meet up with coach for hair and makeup.  this year's look is simple - just a high ponytail with curled ends and a big ol' cheer bow, with just a little bit of eyeshadow and glitter and a bright lip.  since the bean's hair is naturally curly, all i had to do was add some curl cream to the ponytail and twist it up to tame those curls.  it came out so nice this time: 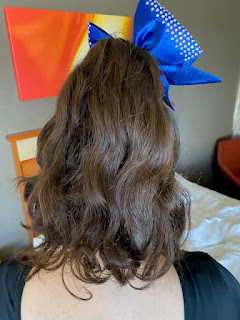 a little while later, we packed up our stuff, dropped it off at the bell desk and went next door to the convention center to join the rest of the team for pre-performance warmups.  we found them pretty easily. 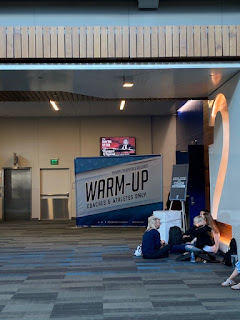 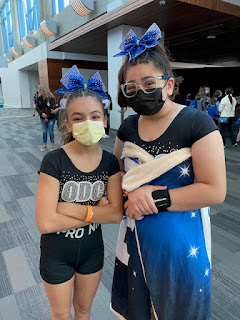 and then when it was time, we made our way over to hall 3 to line up for each team's performance. 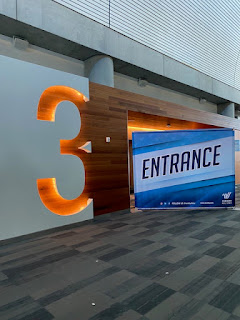 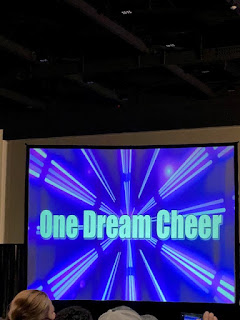 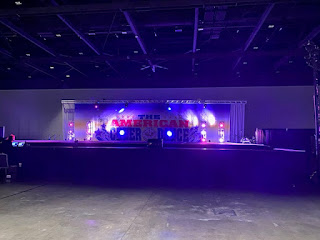 as always, i had my lucky charms with me. 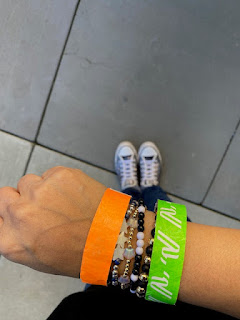 watching the bean perform on stage just never gets old.  i still get nervous before they go on, scream my face off through the whole 2.5-minute routine, and get a little teary as they finish.  every. single. time. 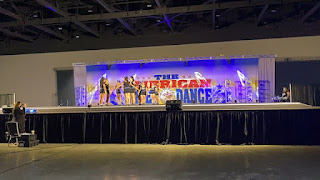 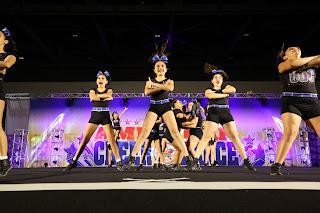 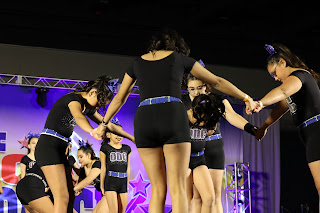 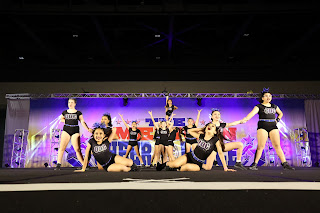 the team was released for about an hour or so to grab some lunch and wait for the awards ceremony to start.  we decided to take a walk in a different direction and found a fun little food hall not too far away, where we ordered up a bunch of sushi rolls. 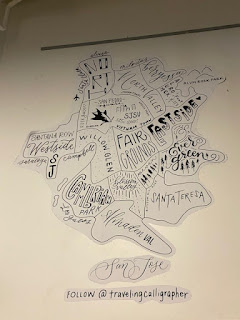 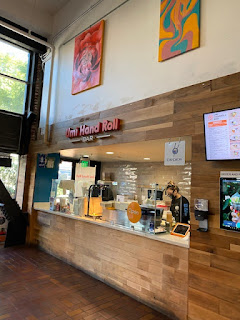 we fed our sweet tooth with a fresh cinnamon roll from a cute little shop we'd spotted as we walked. 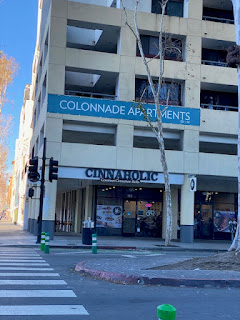 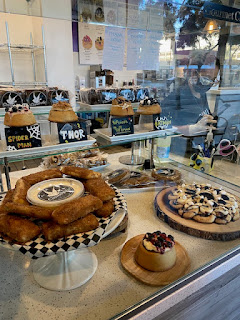 and then it was time to go back to the convention center and wait to see how the teams had done. 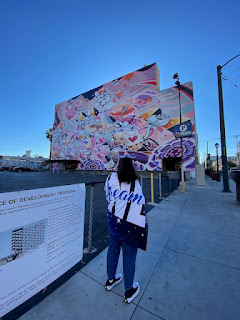 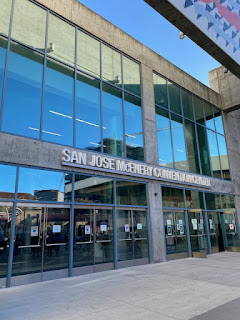 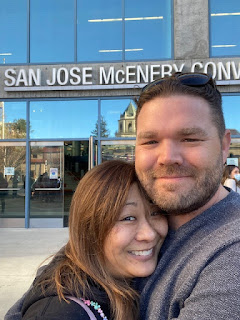 we were all elated as the bean's team not only won their division, but was also announced as the winner of the full paid bid at this competition. 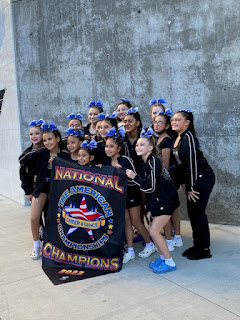 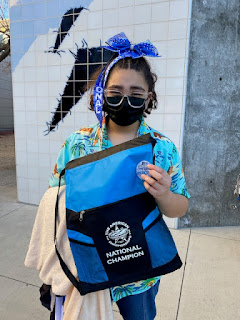 and then it was time to catch an uber back to the airport and go home. 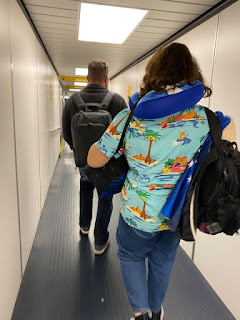 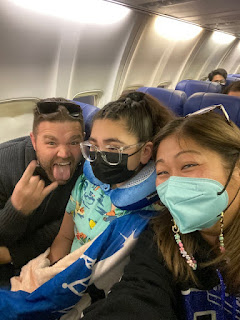 mission accomplished!  not only are they going to defend their title at the quest, but their registration is fully paid for.  look out, orlando...we're coming for ya!