the rest of the holiday season went by pretty quickly for us, as it always does.  in early december we attended an awards ceremony where the bean received recognition for her "humility," which we all found pretty comical, as well as her continued presence on the principal's list for maintaining a 4.14 GPA. 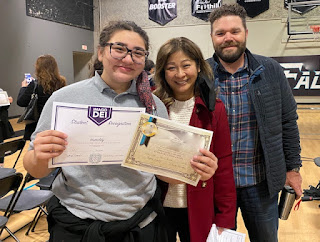 with lots of leftover inventory from the boutique (which was actually pretty successful, we just happened to make a LOT of stuff), i took advantage of an opportunity at our yoga studio.  the owner had put out an offer to local small businesses to set up their wares for sale in the entryway, which worked out perfectly for us. 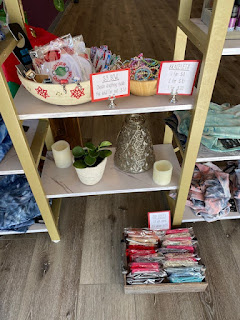 aerial yoga is still one of my favorite classes, by the way.  the hour goes by so quickly and i'm always the best kind of sore the next day. 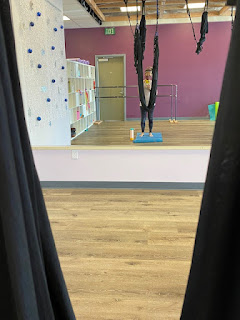 while i still suck at it, i'm really having fun with the peloton.  it was fun taking cody's holiday-themed class, with all of the best christmas songs from the likes of n*sync, mariah carey, you get it.  i was a puddle of sweat about halfway through but still managed to finish the class without dying, so i call that a win. 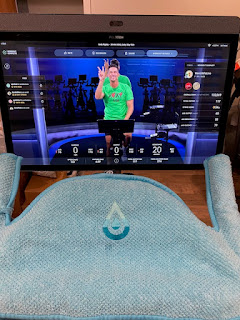 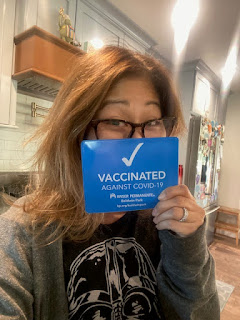 and more exciting stuff - invitations for the old lady's shower, hosted by the bean, went out to all of the ladies on the guest list. 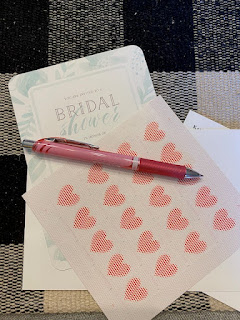 for his annual ugly christmas sweater party at the lounge, the hub borrowed pieces of the bean's santa costume. 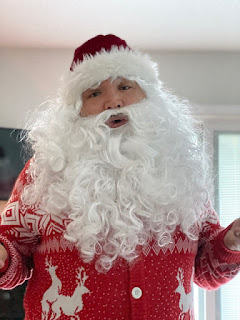 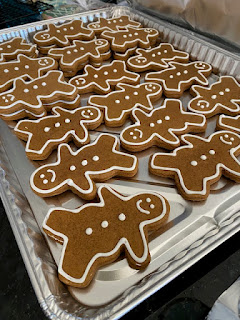 so...i had no idea that using buttercream frosting for decorating cookies was a thing.  one of my favorite cookiers posted about it on instagram one day, and i was instantly intrigued.  she linked to a whole bunch of other cookiers who use it exclusively for their orders, and i just found it amazing.  i decided to give it a shot and made a batch to test out.  and once i tried it, i was hooked.  it's delicious and it's so much easier to work with than my glaze frosting that i've used for years and years.  not to mention, it holds its shape much nicer - somewhat like the royal icing that i detest so much - and it makes for cleaner, crisper lines for decorating.  this was just my test cookie so it's not cute or anything, but YUM. 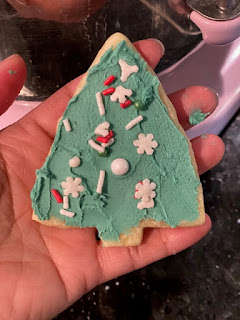 i'll be using buttercream from now on, and letting everyone who inquires about orders know as soon as they contact me.  the handful of folks who've already placed orders seem to be pretty open to it, so hopefully everyone else will be on board too.

the bean and i got to meet up with dailygluttony and lilcee and their minis for korean bbq one evening, which was fun as always.  we usually exchange little presents at christmas time, and this year i decided to share my newfound buttercream love by making them little DIY cookie decorating kits.  my presentation needs work as i struggled a little with filling the bags with the frosting, but that's okay.  i've already read up on all the little tips and tricks for making it look cleaner for next time. 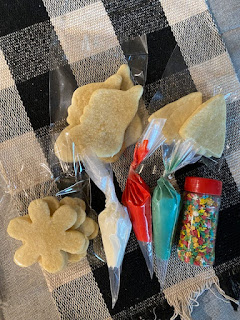 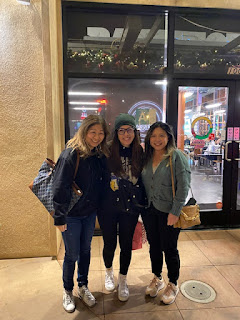 lilcee gave us bags of the most addictive, delicious snack ever - furikake chex mix.  i'm not sure if the bean even got any of it, but i knew as soon as i started shoveling fistfuls of it in my mouth that i was going to look up a recipe to make a batch of it for us.  it takes four whole boxes of cereal plus a few other items, with a butter-soy sauce mixture mixed through and baked on low, and it's SO good. 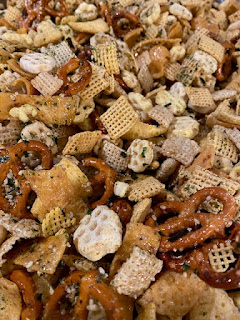 and here's a few towels i embroidered for the season.  silly, fun, festive. 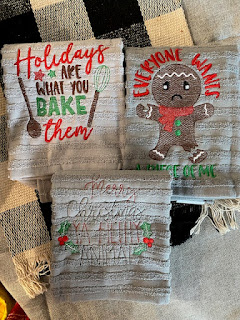 it's kind of funny to be writing about christmas when we're staring valentine's day in the face, but whatever.  gives me a chance to relive it and remember how much fun we had, and that's never a bad thing.

Email ThisBlogThis!Share to TwitterShare to FacebookShare to Pinterest
Labels: on with the holidays