one of my cousins bought a house not too far from us almost two years ago.  he and his wife had decided to do a total renovation on it, which was quite the process.  in december, they were finally done with the interior and moved in.  and so when we all realized that it was relatively safe enough to plan a christmas eve party, they happily offered to host so that we could all come over and see the new house.

of course, as we all know, that pesky 'rona decided to rear its ugly head again with a brand new surge in the form of omicron.  and so because my gram was going to be there, along with another cousin who's expecting and another with a new baby, they asked everyone to get tested before coming to the party.  it was a completely reasonable request - after all, who wants to find themselves in the unfortunate position of realizing that they're responsible for an outbreak, especially knowing there are immunocompromised folks present?  so just before we left the house, we swabbed ourselves and did our part.  luckily, we were all negative and ready to party. 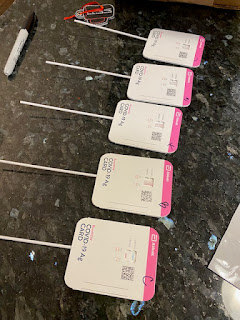 they'd also decided to make it a pajama party, which is always a good time.  since we already had our matching family PJs ready for christmas anyway, we put them on a few hours earlier than we normally would.  we cracked up when we got to the new house and found that my cousin and his family were wearing the same pajamas.  i wish i'd have gotten a picture, but everyone was so excited to see each other that we just lived in the moment and didn't snap away.

cousin seven and her fiance had brought along the makings of a super delicious christmas-y cocktail, which the old lady and i were more than happy to sample.  several times.  heh. 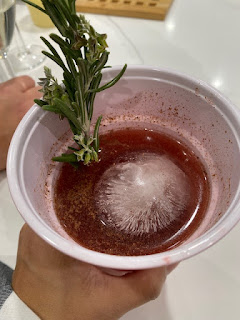 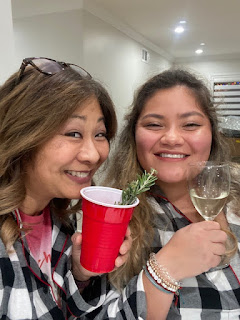 this wasn't even half of the food that was eventually placed on the island for the crowd.  there was lots of filipino food, tamales, a homemade chicken pot pie, plus the broasted chicken we'd brought. 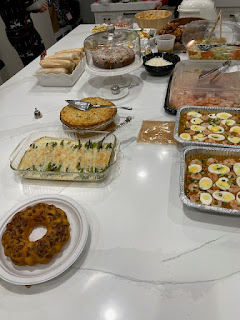 oh, and the rum cake i made earlier that day. 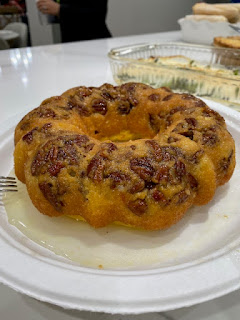 looking back at my camera roll, the majority of photos i took that evening were selfies. 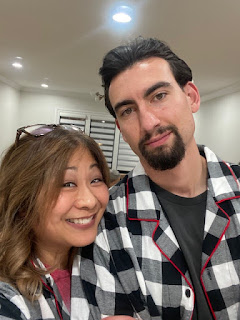 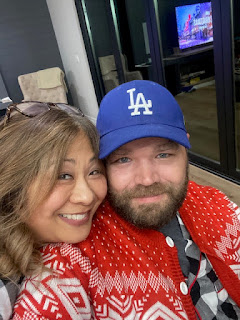 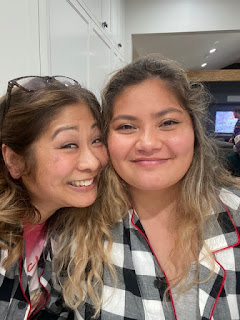 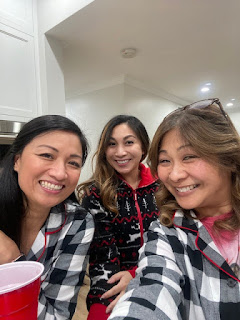 the old lady and the fiance had a wrestling match in one corner at one point in the evening, which was comical to watch. 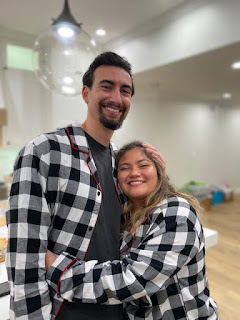 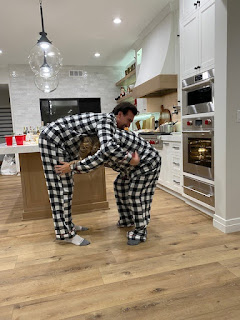 there were games, along with a white elephant gift exchange.  i somehow managed to get lucky and drew the very last number, and after the hilarity of watching everyone open all of the presents i scored and snapped up a fun hello kitty crochet kit that was one of the first things that was opened.  i'll have to stitch it out and take a picture of it. 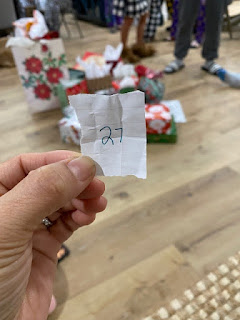 we did manage at least one group picture before everyone went their separate ways after midnight. 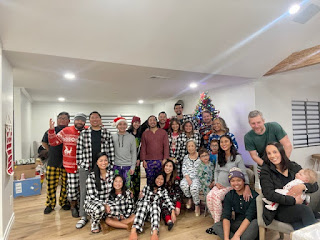 and when we got home, the old lady and i scrambled to wrap up the last few presents before we finally went to bed, giving santa his chance to come and deliver more gifts. 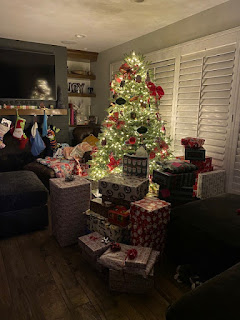 merry christmas to all, and to all a good night!