much like the week before, we were up bright and early the next day to get ready for competition.  not to mention, i typically don't sleep very well when the hub isn't with us (this applies at home too). 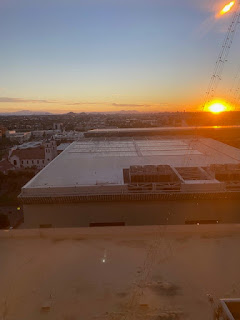 the lucky charms were in place once again. 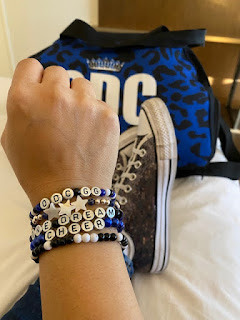 we found our friends downstairs in the lobby and walked over to the convention center together. 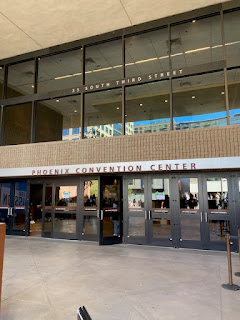 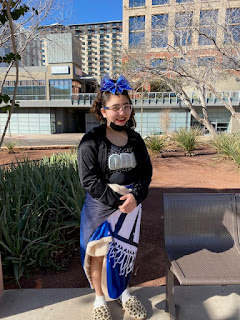 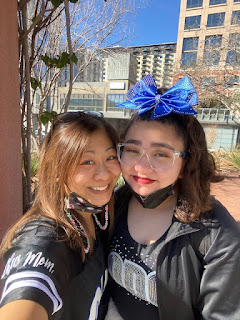 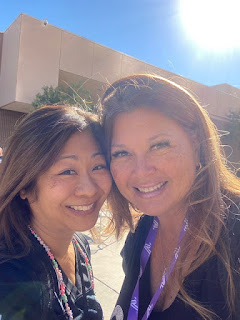 new swag for this comp - rally towels!  i said to the bean "hey, this thing is great, it'll do double duty, you know why?" and she rolled her eyes and said "yeah mom, you can wipe your sweat off on it."  she knows me so well. 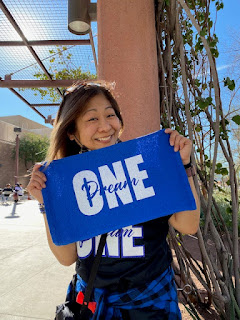 then it was time for the bean and her team to head backstage for warmups, leaving me to go get my admission wristband and figure out where i needed to go to line up. 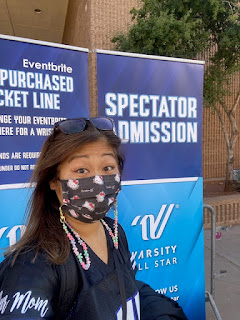 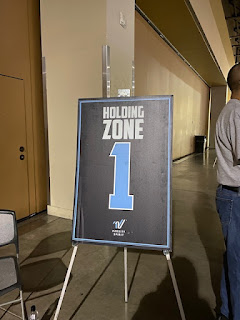 i will always adore watching the bean compete onstage.  i'm about 99.75% sure that this is truly her final season, so i'm just kind of soaking it all in as much as i can.  i'm also pretty sure that one day she'll look back at these days with fondness, despite the anxiety competing brings her right now. 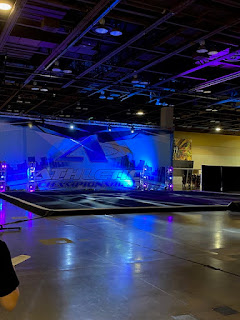 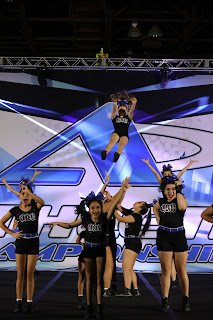 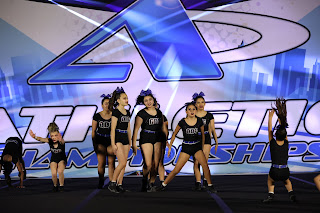 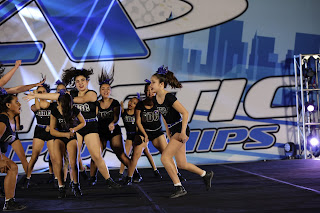 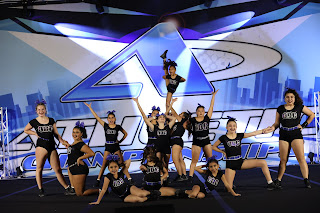 the other teams competed almost immediately afterwards, and so we circled back into the auditorium a few more times to show them support and cheer them all on. 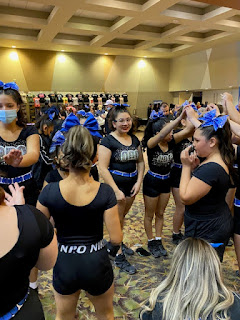 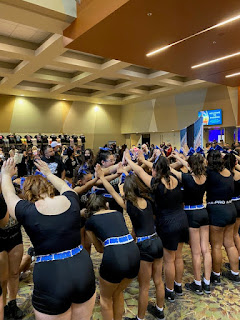 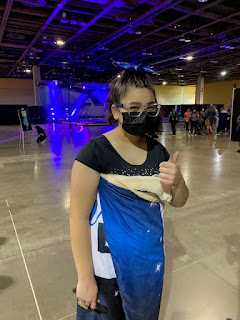 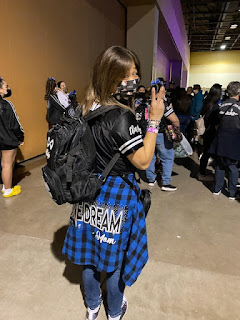 and then it was all over and we exited the auditorium for the last time. 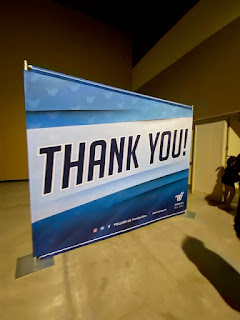 unfortunately the bean and i had to take off before the awards ceremony, which was virtual anyway.  and since her team hadn't gone up against anyone and had already won their paid bid the coach took no issue with us leaving early.  we headed back to the hotel to grab our bags and catch an uber back to the airport, which ended up driving us right past the team as they gathered to listen to the results. 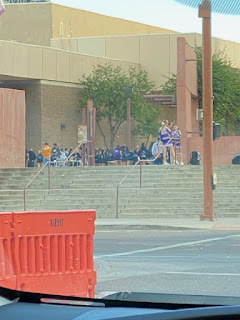 just about 24 hours after we'd arrived, we left again - but not before i stopped for a quick pick-me-up.  as usual, the bean fell asleep even before we took off. 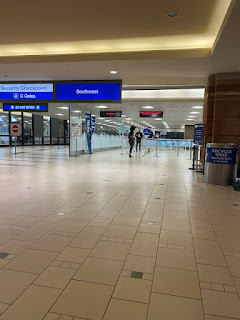 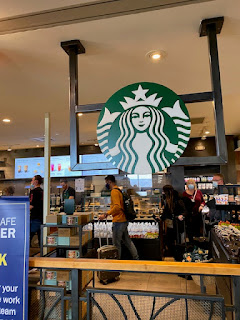 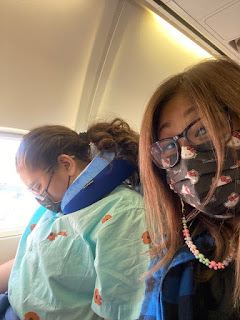 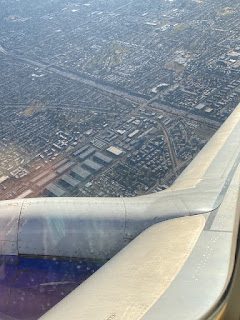 and less than an hour later, we were home. 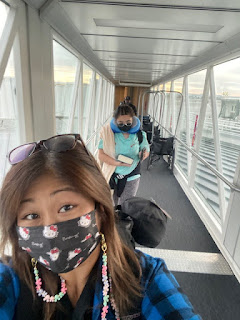