the next weekend's competition took us to phoenix.

well, at least for me and the bean.  we'd actually hoped that her team would opt out of this one since they'd already earned their paid bid (which was the main reason for attending this competition), but because there were families who'd paid for hotels and plane tickets there was no backing out.  the hub stayed behind to represent our family at a memorial service, so it ended up being a mommy-and-me trip.

back to ontario airport, and on another southwest flight. 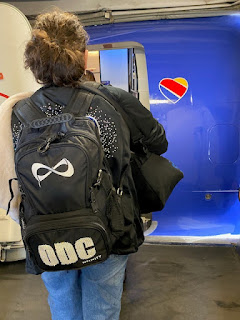 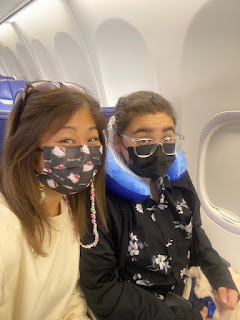 we were pretty pleased to find that we'd lucked out and were on what seemed like a brand new airplane - it was clean, bright and actually somewhat spacious. 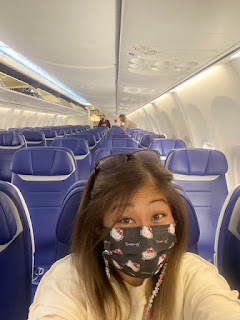 and it was an even quicker flight than san jose.  before we knew it, we'd landed in phoenix. 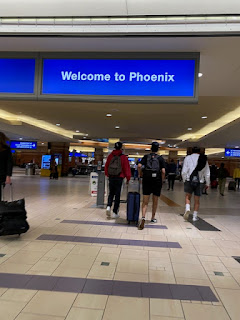 we were at the hyatt this time around, and it was a quick 10-minute uber ride to get there.  check-in was easy, and the bean liked the view from the elevator on our way up to our room. 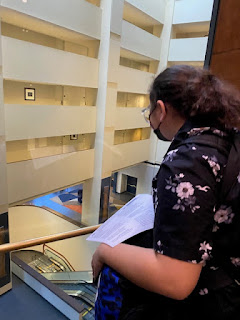 hyatt hotels are generally pretty nice, and this one was no exception. 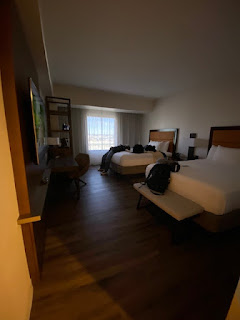 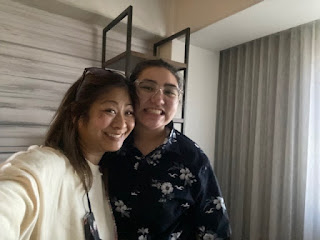 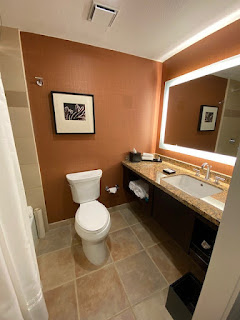 we even had a nice view. 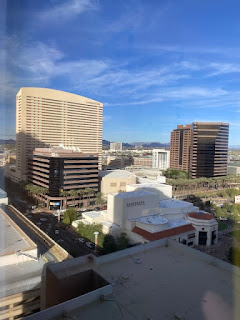 i'd promised the bean that she could pick whatever she wanted for dinner, and predictably she chose sushi.  the front desk had given us a list of recommended restaurants that were within walking distance, and that's how we ended up at harumi sushi. 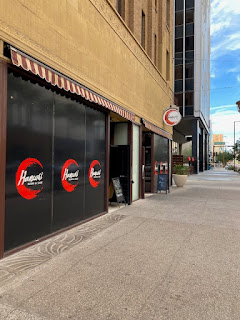 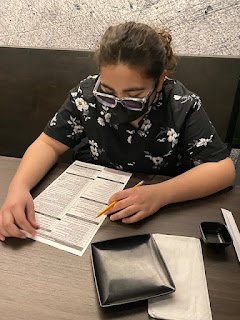 we shared a shrimp tempura appetizer: 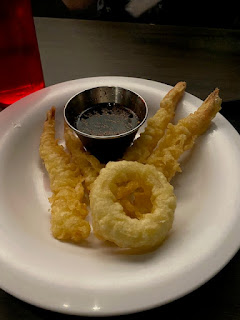 and ordered a bunch of stuff with the restaurant's signature purple rice.  didn't taste any different, but it was fun to look at.  and the rolls were all delicious.  we were so stuffed by the time the last dish was served. 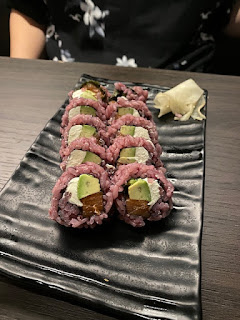 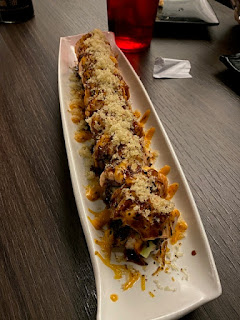 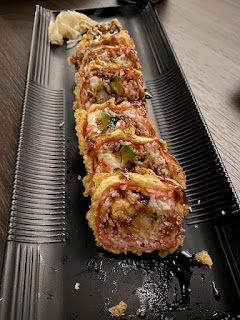 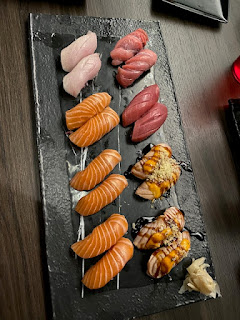 she talked me into walking the short distance to a nearby shopping center to check out the yard - an ice cream and milkshake joint that was also pretty highly recommended by the hotel. 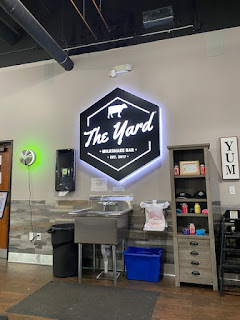 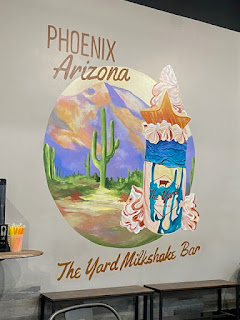 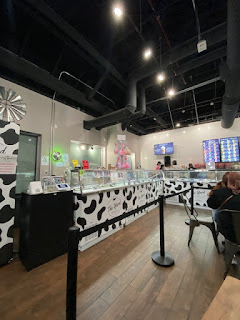 this was the peanut butter brownie bliss:  a brownie batter ice cream shake served in a jar dipped in peanut butter and rolled in chocolate shavings with a whole ass brownie on top.  holy cow. 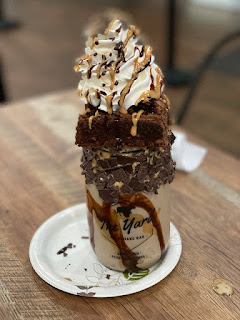 we didn't even get through half of it, but that's a good thing.  we washed out the jar at the sink, wrapped it up in a bag and took it back to the hotel as a souvenir.  it was a nice walk back, and then we put on pajamas and settled in for the night.