the best holiday EVER

saturday was world nutella day.  did you know that?

actually, i'd forgotten about it until my friend tater reminded me on facebook.  just one more reason why i love her.  ha!

we started the day off with the bean and the hub heading off to her school for "daddy and me" day.  she stopped to pose for me before they took off: 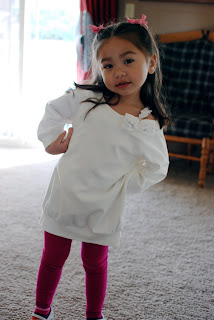 and later, we watched the teen and her team kick some ass and win their volleyball game.  sah-weet!

so when i got home and perused my baking pantry, i decided it was finally time to try macaron-ing again.  i thought it would be extra delicious to incorporate some ground hazelnuts into the mix, and i happened to have just enough to make half a batch.  except that the recipe i ended up using was really...strange.  the directions were not as precise as other recipes i've tried, but i was already too far gone into it before i realized it.  i can't seem to find it at the moment, so it's not linked in this post.  but if you really want it, let me know and i'll go hunting on the iPad for it.

and just as i suspected, the batter was really off as i piped it onto my baking sheets.  there were lumps of the hazelnut-cocoa-egg white mixture, and i resigned myself to yet another failure as i put them into the oven. 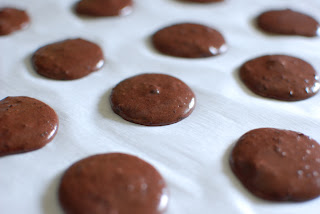 but when the timer went off and i cautiously peered inside, i was pleasantly surprised to find relatively smooth tops and even feet! 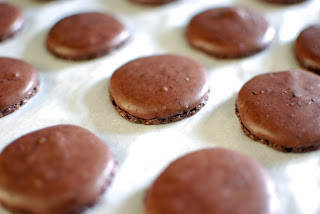 that doesn't mean that it was a total win - a few of the shells still cracked, even though i tried doubling up the pans.  oh, well. 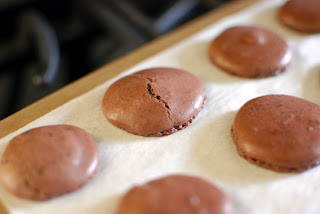 i let them cool completely, peeled them from the parchment paper, and slathered some nutella between two shells.  they were still pretty chewy and rather fragile, despite some of them being cracked.  i don't think i'm baking them quite long enough.  still - not bad, right?  especially considering i was braced for another epic fail. 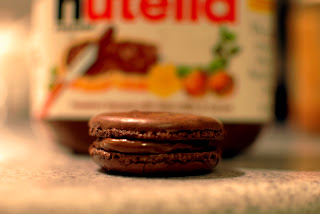 and when i bit into it, it was really delicious.  i'm definitely going to have to buy more hazelnuts and try again.  so scrumptious. 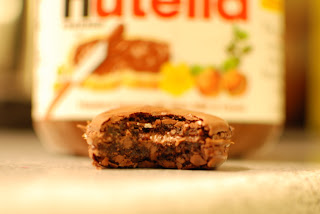 did YOU have some chocolatey, hazelnutty goodness on world nutella day?
at February 09, 2011

Email ThisBlogThis!Share to TwitterShare to FacebookShare to Pinterest
Labels: macarons are good, nutella is good