so the prepping for my cousin r's bridal shower actually started a few weeks ago, but as usual, the time totally flew by and the date crept up on me before i knew it.  of course, this meant that i was frantically working my ass off all the way up to the very last minute.  damn me and my procrastinating ways.

i'd done the majority of the shopping during the week, and so on friday it was time to get started on some of the baking on my list.  i knew of at least two vegans who were going to be attending, so for the dessert bar i decided to add a couple of items that they'd be able to indulge in.  first up:  vegan sugar cookies.
after i did some googling, i decided that it would probably be just fine to go with my usual sugar cookie recipe and just replace the butter and egg with vegan-friendly products.  of course, i had to go all the way to whole foods to find the stuff, but at least i knew they'd have it there for sure.  i'd already checked the margarine and other butter substitutes that are readily available at the local grocery store, but they all contained some sort of dairy product.  bah!
at whole foods, there was only one choice for egg replacer - and it was this big ass box that cost $6. 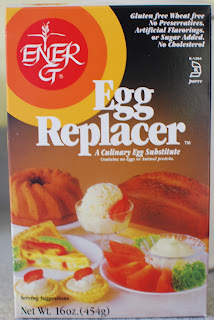 and the vegan butter looked just like any old butter.  cost about the same, too. 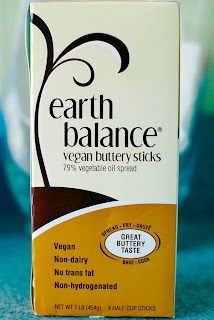 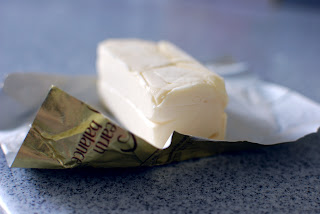 i measured out my dry ingredients and reconstituted two eggs' worth of replacer with some water.  doesn't look like egg, but whatever. 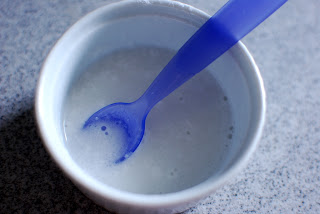 but after i mixed it all up, the dough was super crumbly and not like what i'm used to. 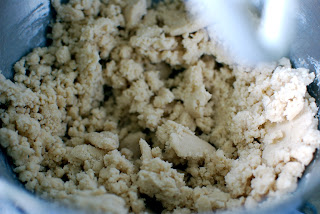 i decided to wing it and add half of an "egg" to the mix.  after i gave it a whirl, i finally had regular looking cookie dough. 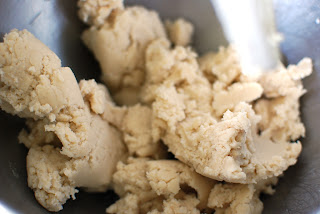 it rolled and cut out just like my usual stuff.  i decided to use a couple of different cutters that would differentiate these from the regular sugar cookies i'd also be serving. 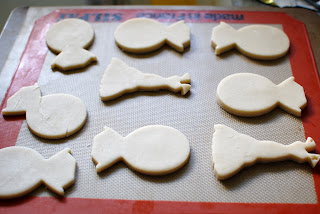 they baked up nicely, and when they cooled i made some eggless royal icing.  it turned out more like the glaze i've tried once before, and it was easy to work with.  i thought they came out rather cute. 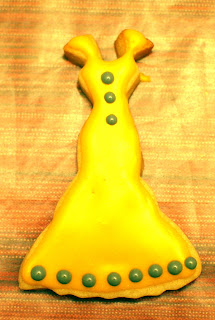 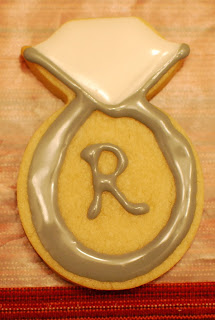 at r's shower, my friend amber clued me in to a recipe for vegan peanut butter cups that she swore were super delicious.  so around 1am, i gathered my ingredients: 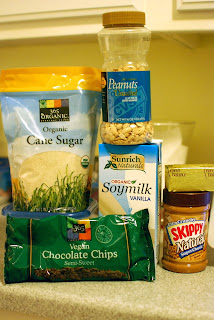 mixed up the peanut butter portion and poured it into my little candy cups: 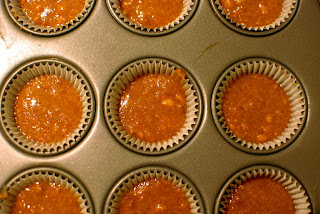 made the chocolate ganache with these and a bit of soy milk: 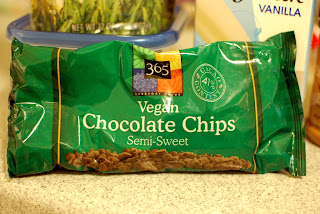 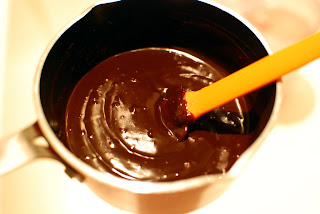 spooned it on top of the peanut butter and topped it all off with chopped peanuts. 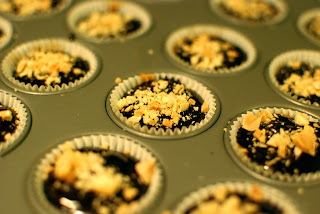 i decided to give it a try, and i was really happy to find that they totally lived up to the hype.  and since i have more stuff, i may even make another batch just for fun!
Labels: vegan cooking is fun