there's a credit union within walking distance from the house of wan that hosts an annual "snow day," where they truck in an assload of fresh snow and dump it out for kids to come and play in it.  the bean has gone the last couple of years with MIL, because it always happened to fall on a weekend that the hub and i were at a holiday party overnighter - you know, the one with the fabulous free hotel and spa treatment?

well, we weren't able to go this year, and with the hub out of town, i was excited to take the bean and watch her frolic in the icy stuff.  it also happened to be a gorgeous day (and warmer than i expected, as i was sweating my ass off when we got there). 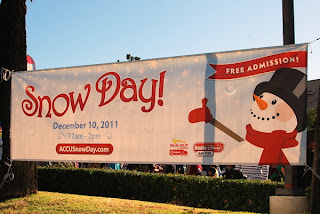 there were vendor booths set up with all sorts of stuff like cookie lee jewelry (blech) and tupperware, but we bypassed them and headed right to the snow.  i was happy to see that there was a special section set aside for the little ones.  i wasn't looking forward to having to body check any punk ass 10-year-olds trying to stomp on my kid. 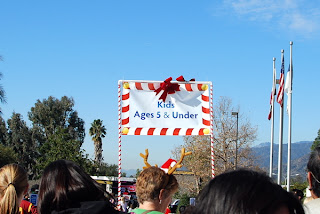 and we'd timed it perfectly.  right as we found a opening in the crowd, they counted down "3...2...1...go!" and kids all around us were plopped into the snow to get right to it.  a lot of them were less than thrilled and the bean said "mommy, why are they crying?"  heh.  she was ecstatic. 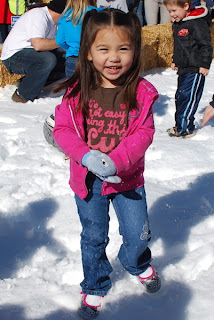 i don't know what happened here, though. 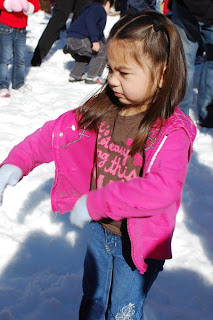 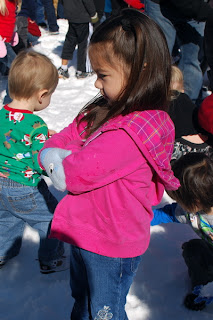 whatever it was, the offender was treated to the bean's "WTF" face. 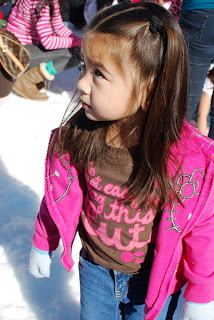 but she got over it quickly and laid right down to make a snow angel. 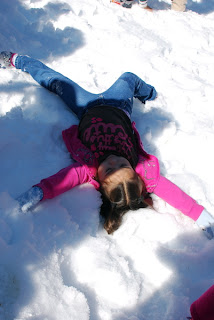 when that didn't work out so well for her, she settled for snowballs instead. 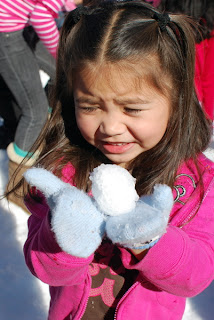 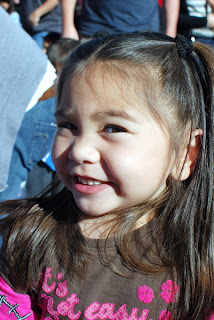 i want a pair of these for her.  anyone recognize them?  anyone?? 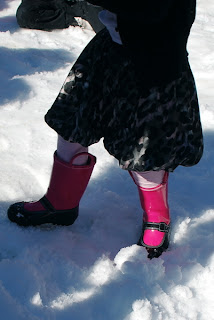 pretty soon she was totally over it and hopped out to meet buddy bee.  yeah, i don't know either. 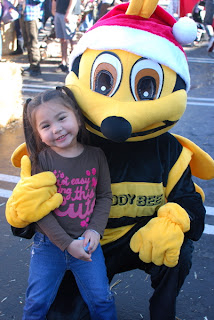 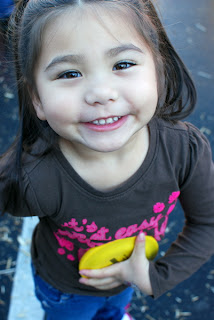 radio disney was there, spinning tunes and playing games with the crowd. 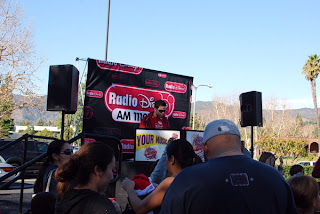 we joined the ever-growing line for this: 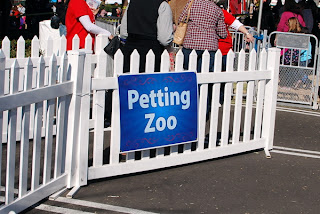 although i always feel bad for those poor animals.  they typically look pissed off and bored to death.  hell, i would be too. 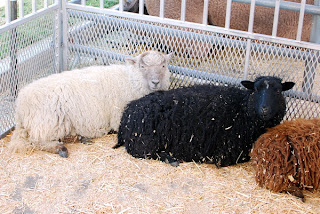 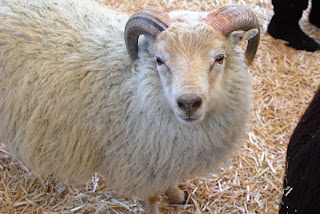 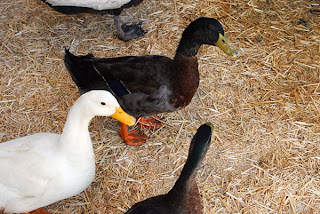 the bean put out a tentative hand to pet this guy, and he stood there patiently while she got her fill. 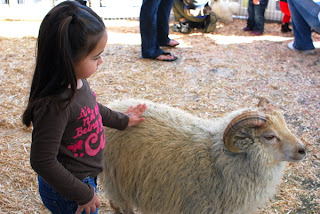 after watching this one snap at the first kid who attempted to touch him, she stayed far away. 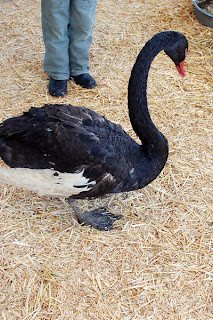 and this poor puppy just tucked his head down and hoped no one would notice him. 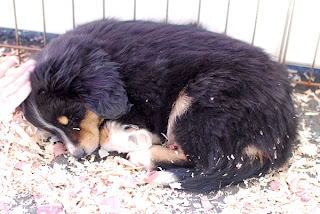 we watched the camel munch on a snack, and i swear he was smiling.  probably because he was in a fenced-off area all to himself, where no pesky kids could come and bug him. 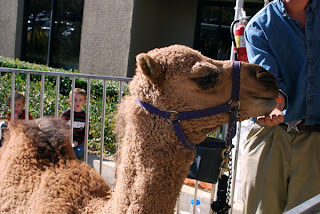 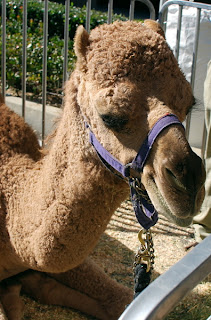 the line for this was insane.  luckily, she's already seen santa this year, so she had no problems skipping it. 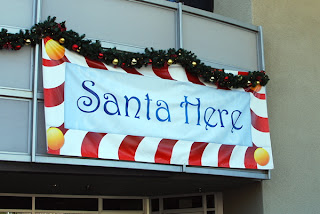 Email ThisBlogThis!Share to TwitterShare to FacebookShare to Pinterest
Labels: snow, the bean is a party animal