just like most everyone else's, our thanksgiving was full of scrumptious food.  the hub's gram and i had discussed how to divvy up this year's feast a few weeks back, and with a much smaller table than usual (less the ILs, celebrating texas-style this year and the hub's uncle and cousin), it was a snap.

i must admit, relinquishing control of the turkey was bittersweet - there would be no bacon weaving like last year (and the one before that), although it sure was nice not to feel the pressure.  my only responsibilities this time around were for yummy, cheesy au gratin potatoes and dessert.  but as the big day got closer, the hub was aghast to find that sweet potatoes were nowhere on the menu.  and as i did the grocery shopping, i decided that i really, really wanted to have ham.  i suppose i had to find a way to incorporate some pig in there somewhere.

i did have a cookie order to fill for my friend kelley, who'd decided to throw her son a birthday party at the last minute.  since li'l d is a huge superhero fan, she gave me a list of his favorite characters to work with and let me figure out how to handle it.  during a trip to the mall, the teen and i had a little fun doing some research. 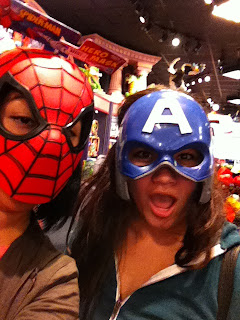 i still crack up whenever i look at that.  but it paid off! 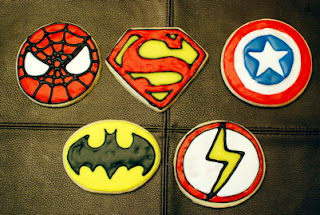 by the time i'd finished with my share of the grub, it totally smelled like thanksgiving in our house.  it was divine.  and at the grandparents', we were set up and ready to eat in no time. 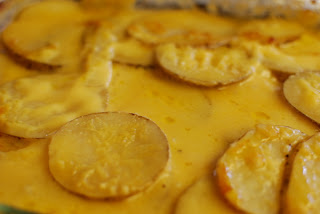 maple bourbon sweet potato puree with a streusel topping.  these were pretty good, as sweet potatoes go.  i typically don't care for them. 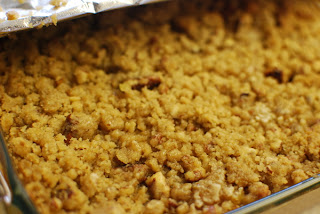 my ham.  i covered it with a thick paste made of maple syrup, brown sugar and a little cinnamon, which added a delicious flavor but melted right off.  oh, well.  and i hadn't realized that it wasn't already sliced, so i got to use gram's electric knife to do the job.  that thing was pretty fantastic, kind of like a chainsaw for the kitchen.  i felt all powerful and stuff. 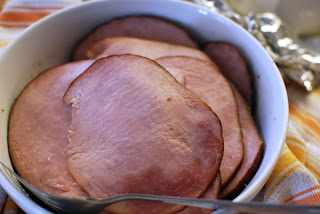 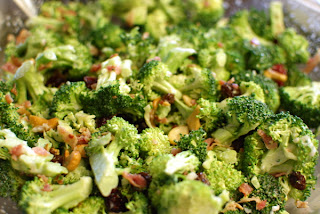 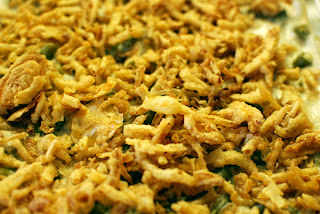 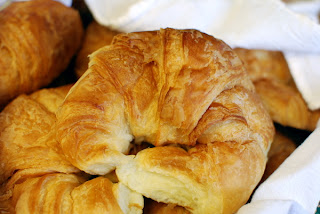 and the turkey, all sliced up perfectly and split into two piles of white and dark meat. 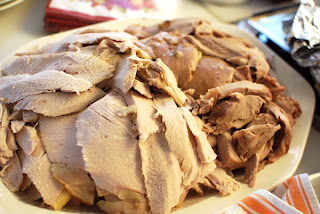 we were some pretty happy campers. 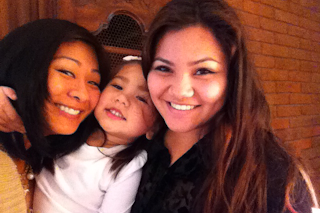 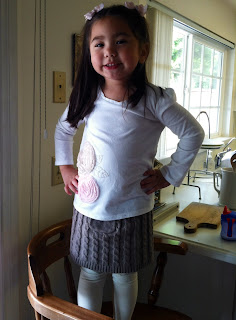 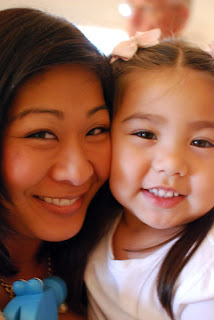 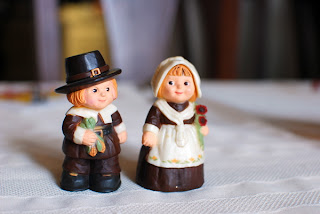 later, after i'd taken the teen to meet her dad and the bean got her nap in, the hub and i took her to the movies.  she was all kinds of stoked to see the animation short that preceded the main event: 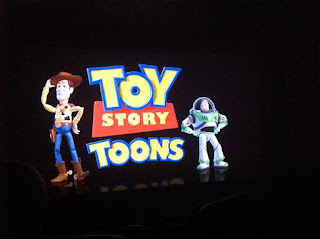 and if you hadn't already guessed, this is what we saw. 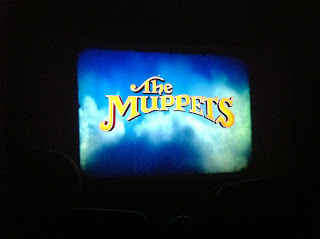 Email ThisBlogThis!Share to TwitterShare to FacebookShare to Pinterest
Labels: giving thanks, lots of food